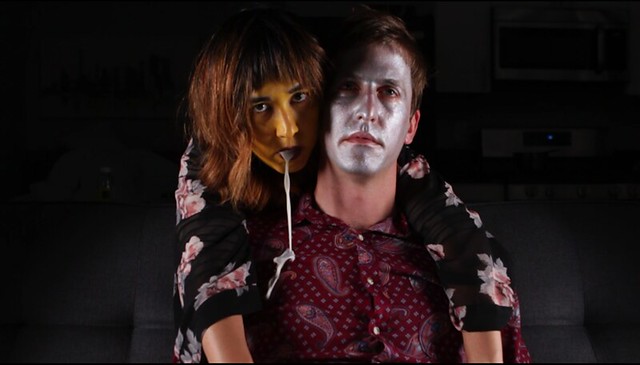 Recently, Oakland post-punk band Body Double shared the third single from its debut LP, Milk Fed, which is due Sept. 18 via Zum. Below, catch the accompanying music video for “Ready to Die” (directed by Dalton Blanco of the band Prissy Whip and co-starring earthworms and grasshoppers).

“‘Ready to Die’ is a straightforward rocker about a spiritually broken individual who fantasizes about dying but is too noncommittal for suicide. It’s semiautobiographical in that it was written after my life had fallen apart and I was getting off drugs. Around this time scores of people were dying from Fentanyl overdoses and I found myself to be grief-stricken but also envious.”

Watch the official music video for “Ready to Die” by Body Double:

Candace withdrew into her bedroom, creating material about intimacy and consent in the arch style of a drag mass attended by Brian Eno and Al Jourgensen. (One discarded band name? Knights in Black Leather.) After being confined to vocals in Mansion, Candace savored creative control, indulging in dramatic arrangement and hooks, and then found a collaborator in bassist and cowriter Noah Adams. The band name Body Double sums another prominent theme of unstable identity, while Milk Fed reflects the winking camp of Candace’s grand guignol imagery.