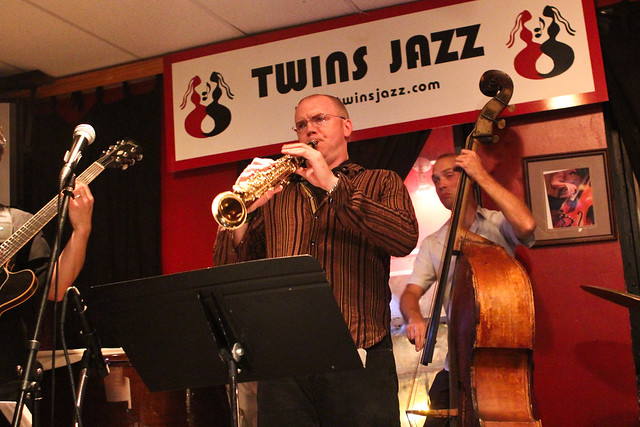 The Paul Pieper Quartet perform at the now-shuttered Twins Jazz in 2012. (Photo by Timothy Forbes)

A coalition of DC musicians and music advocates launched a grassroots campaign recently to advocate for government relief of the city’s music venues. The #SaveDCVenues campaign, which has accrued hundreds of signers within a few days, urges the DC Council and Mayor Muriel Bowser to adopt a version of the 2020 DC Music Venue Relief Act: a piece of draft legislation that provides direct relief to businesses who rely upon (now-absent) revenue from live music.

The outreach campaign is the latest in a series of public actions organized by the “DC Music Stakeholders,” a grassroots coalition of many DC-based musicians, venue owners, nonprofit leaders, and local activists. The Stakeholders formed shortly after the pandemic hit the District in March, and have met twice weekly since then, sharing information and providing support for a music scene in crisis.

COVID-19 has devastated DC’s music community. Since it began, the pandemic has forced the closure of at least four longstanding D.C. music institutions, all four cornerstones of the local music economy who presented the jazz, R&B, and soul musicians bearing the torch of DC’s legacy of Black music. The most recent casualty is the beloved Twins Jazz, which supported DC’s vibrant jazz scene for 33 years, which announced its closure on Aug. 27.

“In order for Mr. Henry’s to preserve our live music space so that live music can resume in the future — when the COVID19 situation safely allows it, some sort of financial help is necessary.” said Mary Quillian Helms, owner of Mr. Henry’s which has been an anchor in the live music and Jazz community in Washington DC. “Otherwise, live music spaces will get repurposed for non-entertainment activities that are safe and allowed in current times” she concluded.

The DC Music Venue Relief Act calls for financial support of DC’s music venues to help them sustain their businesses from October 2020 through May 2021. The act is designed to provide partial support not only to dedicated music venues, but also to the many small restaurants and bars who play a crucial role in the music scene by hosting live entertainment frequently. (In DC, these establishments are sometimes more important to the livelihood of our city’s resident musicians than dedicated clubs.) The former may be eligible for up to $15,000 per month; the latter, up to $7,500 per month. The bill includes detailed calculations for relief eligibility based on square footage and other relevant factors.

On Monday, Aug. 31, the music coalition launched a campaign to garner public support for the introduction and adoption of the emergency legislation at the convening of next week’s new Council session. The #SaveDCVenues campaign urges supporters of the music community to join over 600 organizations, venues, and musicians by adding their name to an open letter, calling on the council and the mayor’s administration to introduce, pass, and fund the proposed legislation. Supporters can also use the email template to send personalized emails to their representatives, pick up their phone to call councilmembers requesting support of the legislation or share the infographics on their social media.

“As someone who grew up in local DC music venues and now a DC music venue owner myself, I know first hand that this legislation is one that will affect the current and future landscape of the local art and music scene.” stated Sandra Basanti, owner of the Pie Shop in the historic H Street Corridor in Washington DC. “The vibrant and rich culture that is so unique to DC will experience a huge blow for generations, if our local venues continue to permanently shut their doors. Local music venues play an integral part in nurturing and supporting an entire gig economy, cultural scene and local tourism. We need emergency legislation passed to save our venues.”

The coalition plans to officially deliver the letter to Council and the administration next week and then ask the public to follow up with social media emails and phone calls.

Read the letter to Mayor Bowser and the proposed legislation. 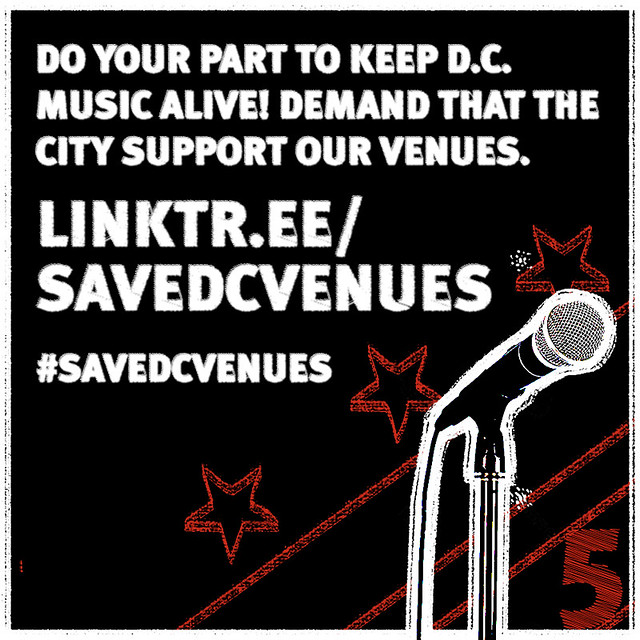