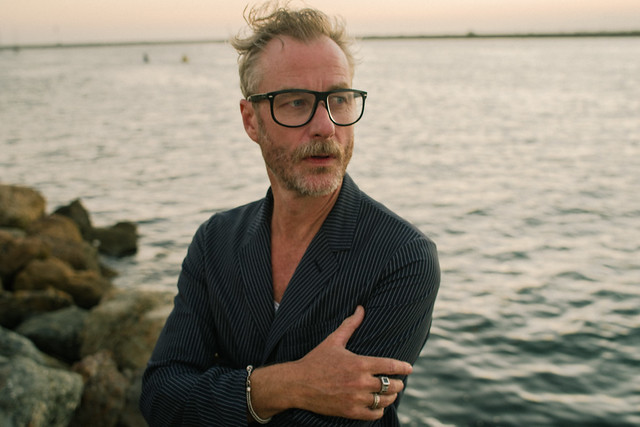 In anticipation of Serpentine Prison, the upcoming debut solo record from Matt Berninger — frontman of critically acclaimed group The National — Matt is premiering the new single “One More Second” alongside a lyric video.

“I wrote ‘One More Second’ with Matt Sheehy (Lost Lander, EL VY) with the intention for it to be a kind of answer to Dolly Parton’s “I Will Always Love You,” or sort of the other side of that conversation,” Matt said. “I just wanted to write one of those classic, simple, desperate love songs that sound great in your car.”

The release of Serpentine Prison has moved back by two weeks to Oct. 16. The album, produced by famed Memphis multi-instrumentalist Booker T. Jones, will be released via Book’s Records, a new imprint formed by Matt and Jones in conjunction with Concord Records.

Watch a lyric video for “One More Second” by Matt Berninger on YouTube:

Matt recently debuted the album’s title track alongside a video directed, shot and edited by Tom Berninger and Chris Sgroi (watch/share HERE), with Pitchfork raving that “producer and famed multi-instrumentalist Booker T. Jones surrounds Matt with ornamental instrumentation, allowing gently picked guitar and funereal horns to provide the backdrop for his dark ruminations. Sparse organ notes make the tale feel more immediate; it’s like hearing a longtime denizen of a backroom bar muttering to the strains of a country ballad on the jukebox,” while Stereogum notes that “the style will be familiar and pleasing to fans of [Berninger’s] main band, particularly the rootsy, less ornately produced sound of their early records.”