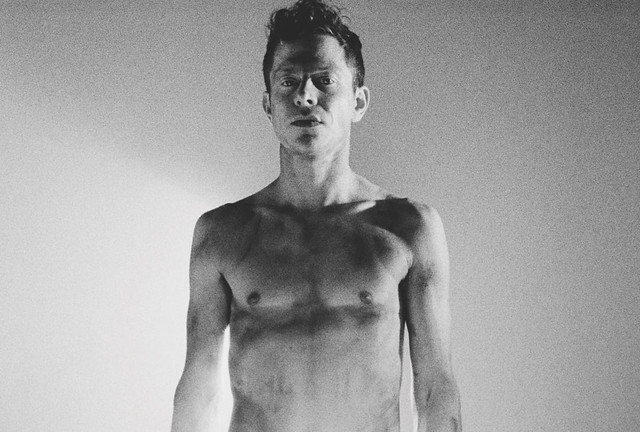 Perfume Genius (born Mike Hadreas) released his fifth studio album, Set My Heart On Fire Immediately, via Matador Records back in May. Perfume Genius next streams live from the Palace Theater in Los Angeles via Veeps on Saturday, Sept. 19.

Earlier this year, Perfume Genius shared the new album’s first single, “Describe,” a track that captures a sense of living in the moment through a heavy fog of grisly distortion and tumbling slide guitars.

Mike said, “It started as a really somber ballad. It was very minimal and very slow. And then it turned into this beast of a song. I started writing about when you are in such a dark place that you don’t even remember what goodness is or what anything feels like. And so, the idea was having someone describe that to you, because you forgot or can’t get to it.” Its accompanying video, self-directed by Hadreas, envisions “an end of the world where there are no boundaries, there are no edges, no rules, or the rules are completely new with how you interact with each other and the space around you.”

The music video for “Describe” was directed by Perfume Genius and features Seattle-based choreographer Kate Wallich’s dance company The YC. Kate Wallich and Mike Hadreas worked together on 2019’s The Sun Still Burns Here, a collaborative dance performance in which Hadreas wrote the music and performed.

Watch the official music video for “Describe” by Perfume Genius on YouTube: