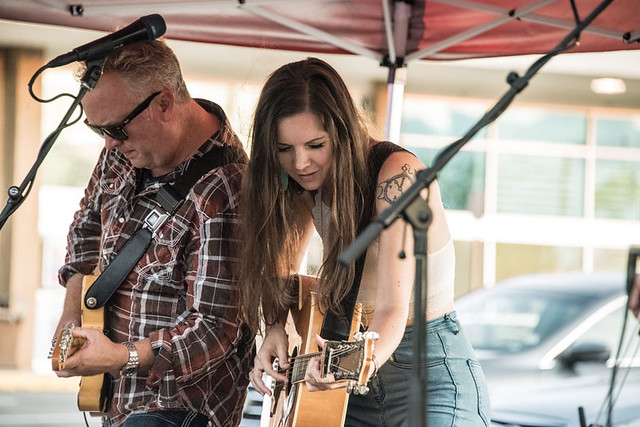 Playing a parking lot is not exactly the dream of every working musician but in the age of Covid it may be the best gig in the world. The cool evening, the sweet scent of recent rain, and the soft city lights helped make Karen Jonas’ album release show on a recent night at Jammin’ Java if not a dream, a lovely end of summer outdoor show.

If one’s imagination was allowed to wander, even the fading daylight on the western horizon transported us to fiery desert sunsets as Karen and her band performed songs from her new album, The Southwest Sky and Other Dreams (Yellow Brick Road).

As Karen said, under normal circumstances she’d be out touring the new album on a day like Sept. 10, hence a parking lot gig takes on a whole new meaning. After the cancellations this past spring of her SXSW showcase, and a subsequent European tour, the frustration of one who thrives on, and excels at live performance became clear. But despite the challenges of the past six months, we got a two-hour show packed with songs from her extensive repertoire, inspired covers, and the entire new (fantastic) album.

After fretting over whether the heavy rain that blanketed the DC region most of the day would clear prior to showtime, the clouds were chased away by a brilliant late afternoon sun. Starting precisely at 7 o’clock, Karen and band (Tim Bray: lead guitar; Seth Morrisey: bass; Seth Brown: drums) lit into a rollicking rendition of Gram Parsons’ classic, “Return of the Grievous Angel.” The first song from the new album, “The Last Cowboy (at the Bowling Alley),” a tale of a faded local hero’s memories, set the evening’s “sad but beautiful” songs vibe. It was followed by “Out in Palm Tree Paradise” and “Maybe You’d Hear Me Then.” The Johnny Cash classic, “Big River” upped the tempo of the evening and featured Tim Bray’s customary flawless picking and grinning.

Another new song, “Tuesday” was introduced and followed with the fun, “Pink Leather Boots.” The first set ended with two classics, one new and one old. “Barely Breathing” from the new album is a smoky, sad, and utterly gorgeous ballad with this performance featuring Bray’s stunning moody guitar fills and leads (Heather Nova fans may want to take note of the chorus). Anything by Emmylou Harris is a classic and Karen’s version of “(You Can Never Tell) C’est La Vie” ended the set on a high note.

Watch the official video for “Pink Leather Boots” by Karen Jonas on YouTube:

Willie Nelson’s “Seven Spanish Angels” opened the second set and was followed by two more new songs, the Carl Perkins inspired rockabilly tune “Be Sweet to Me” and the bluesy, Twin Peaks vibe of “Farmer John.” “Country Songs” from Karen’s 2016 album of the same name led to “Better Days” and “Don’t Blink Honey” to finish out the new album’s songs.

The evening’s home stretch included a superb rendering of Don Henley’s “Boys of Summer” followed by the Chris Isaak classic, “Wicked Game.” Karen’s perfect interpretation of the original’s vocals and Tim’s distinctive lead guitar was a highlight of the evening. “Butter,” from Jonas’ 2018 album led into “House of the Rising Sun” and the show’s final tune, Billy Joe Shaver’s “I Been to Georgia on a Fast Train.”

With her fifth album, Karen has become a seasoned performer and recording artist. The songs on “The Southwest Sky and Other Dreams” signal a songwriter’s maturity and world weariness that, thankfully, is free of despair and cynicism. As she says, “I’ve learned to take a lot more time and to be expansive with the songs, as I’m thinking of them. And as we take them into the studio, to look for ways that they could grow.”

Stream The Southwest Sky and Other Dreams by Karen Jonas on Spotify:

The Southwest Sky and Other Dreams was recorded with Karen’s established touring band- longtime guitarist and musical partner Tim Bray together with ‘The Seths’ (bassist Morrissey and drummer Brown). The addition in the studio of pedal steel player extraordinaire, Tom Hnatow, completed the album’s sweet, melancholy sound (heard to great effect on “Maybe You’d Hear Me Then”).

For more music and videos, please visit Karen Jonas’s website.  And go see her play live, whether in a parking lot or your favorite honky-tonk.

Jammin’ Java’s outdoor shows are free, though please take advantage of the food (Union Pie’s pizzas are outstanding) and beverage offerings, and be sure to show your generous appreciation to the serving staff. You’ll also want to check out, and buy, the artists’ merchandise. More information may be found here: https://www.jamminjava.com/. As a reminder, please wear a mask at all times and respect the distance of the people around you! Enjoy the music.

Here are some pictures of Karen Jonas performing at Jammin’ Java on Sept. 10, 2020! All photos copyright and courtesy of Mark Caicedo. 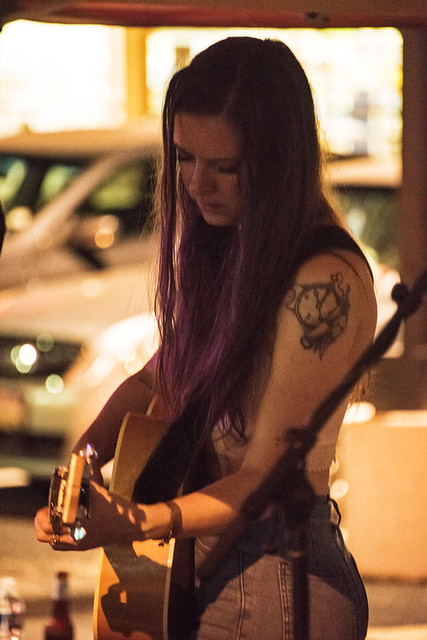 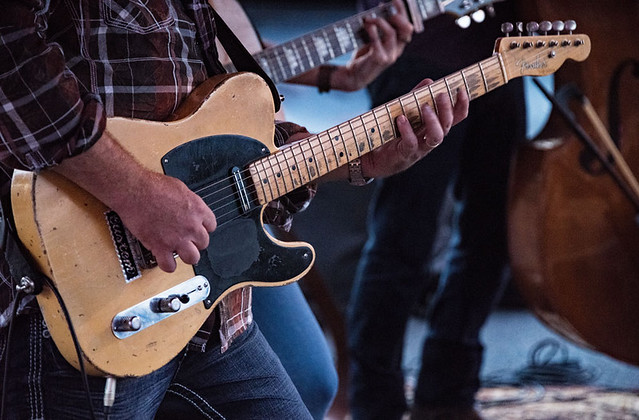 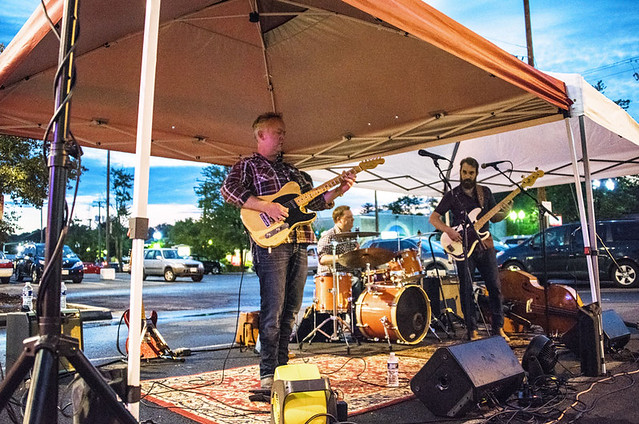 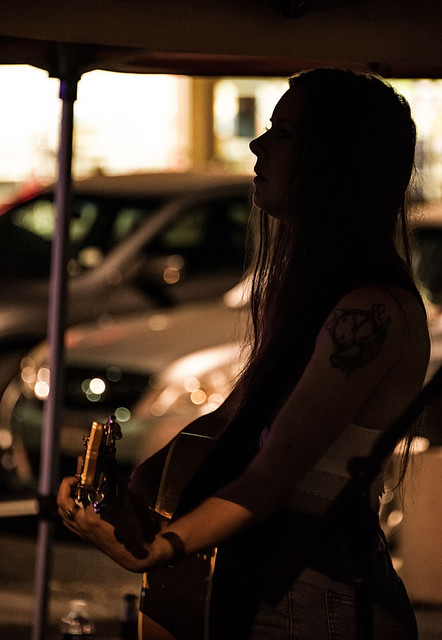 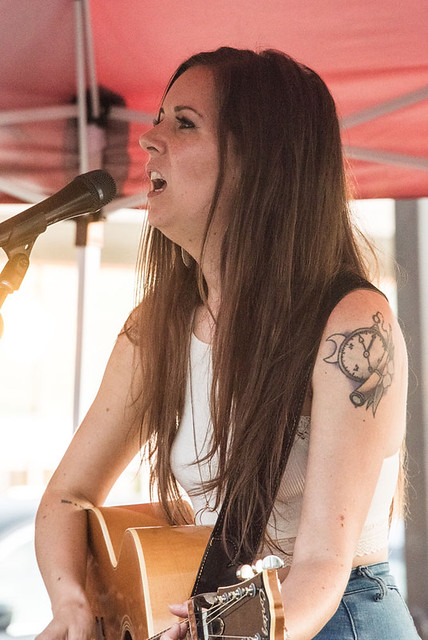 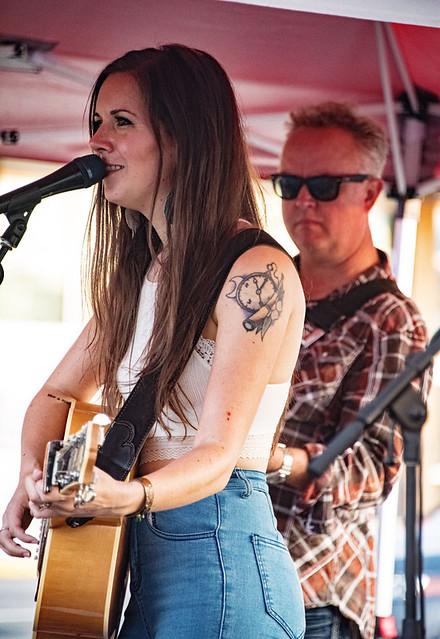 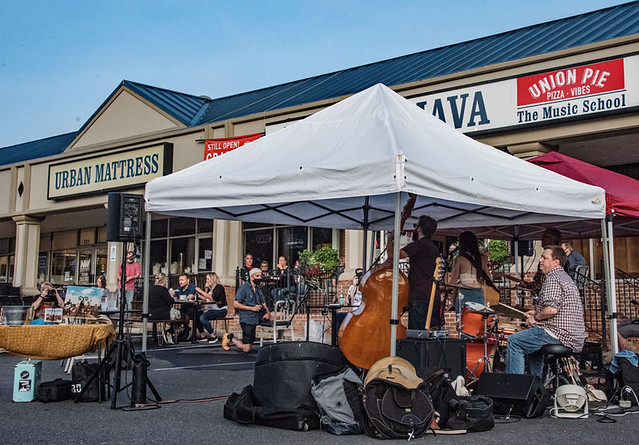 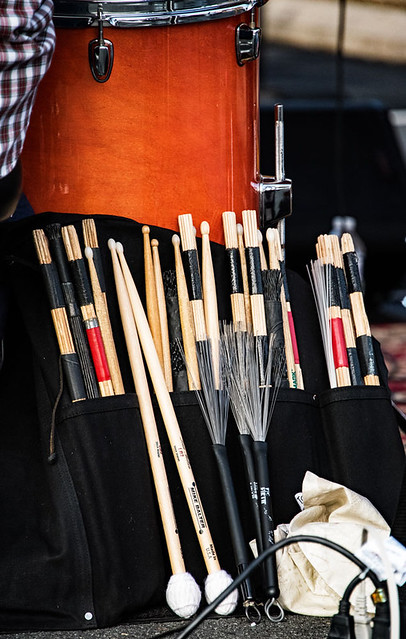 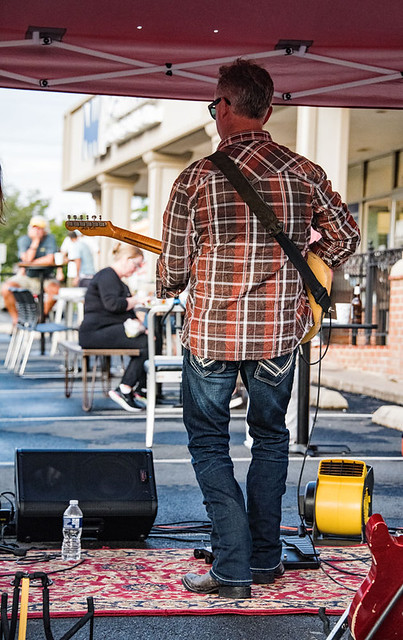 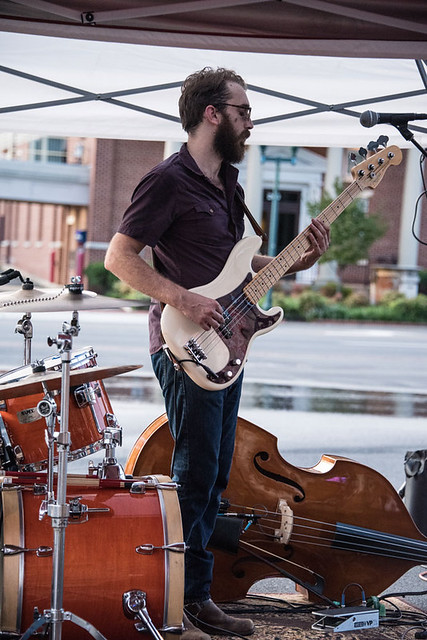 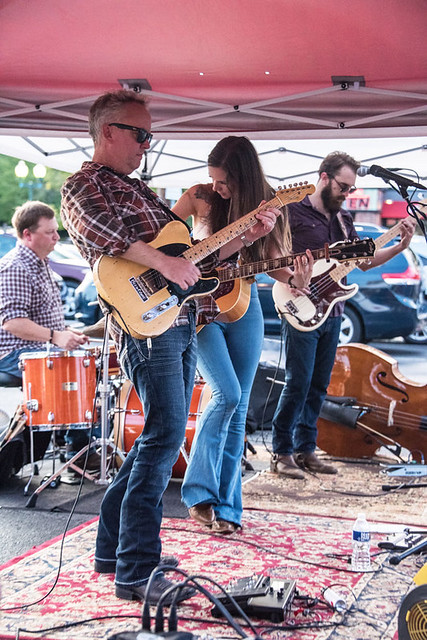 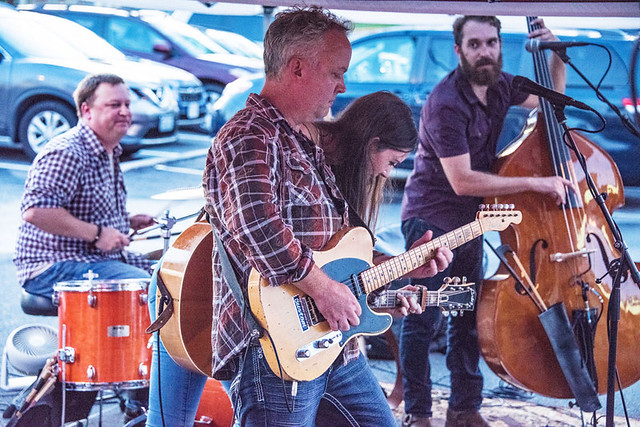 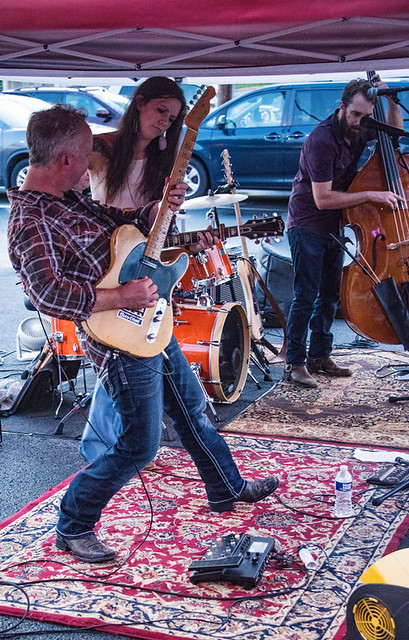 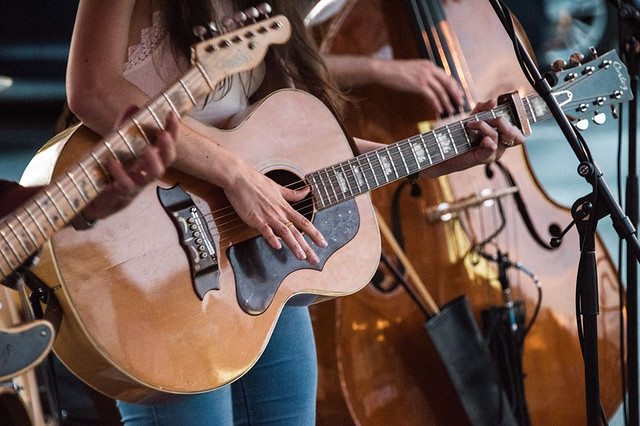 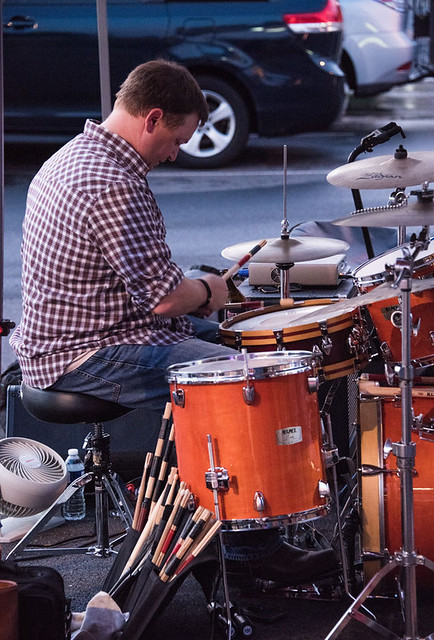 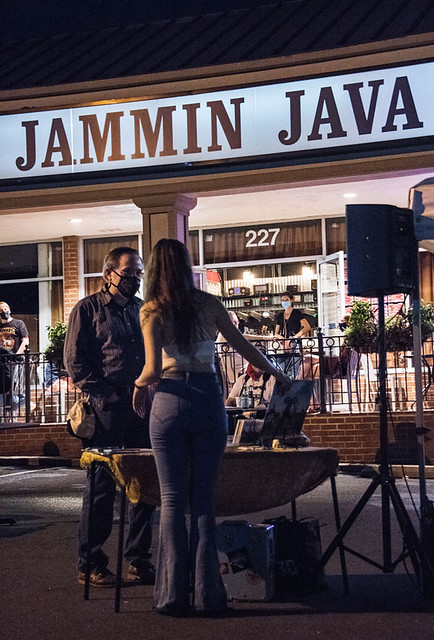 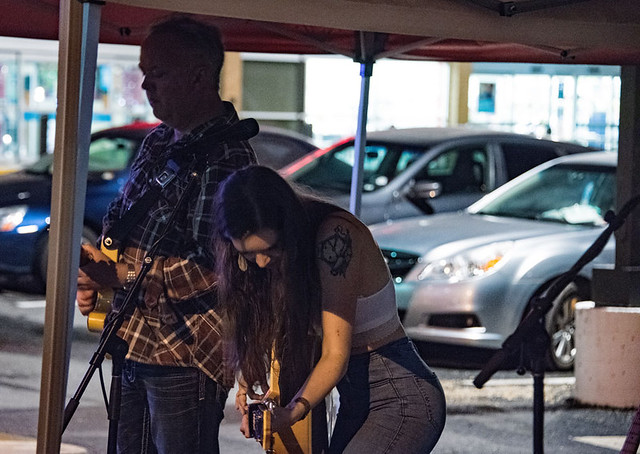 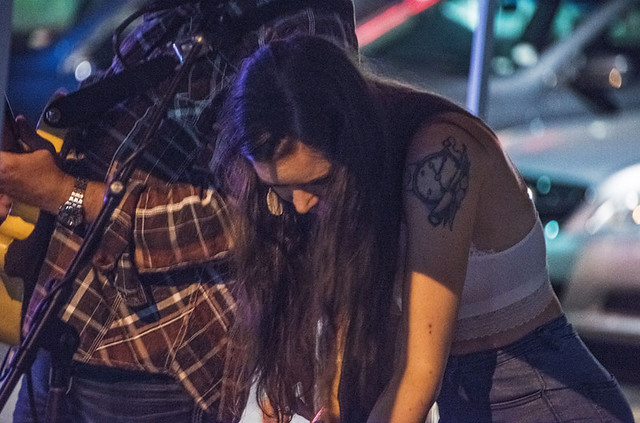 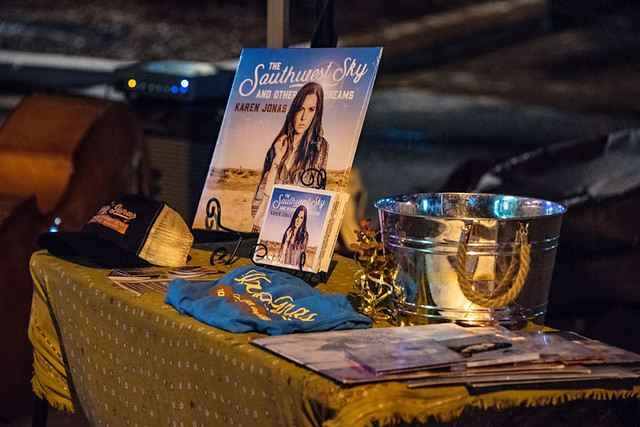 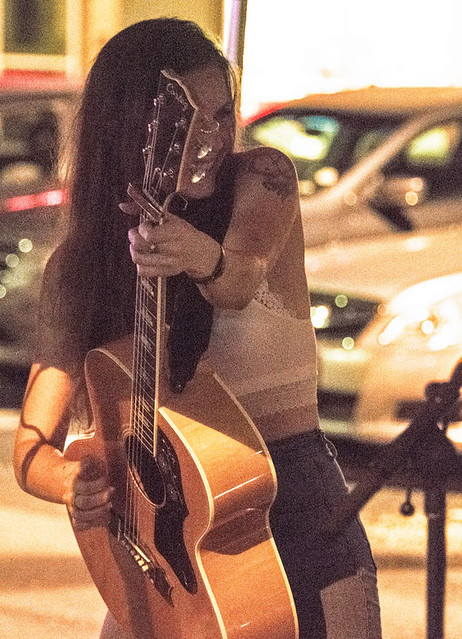 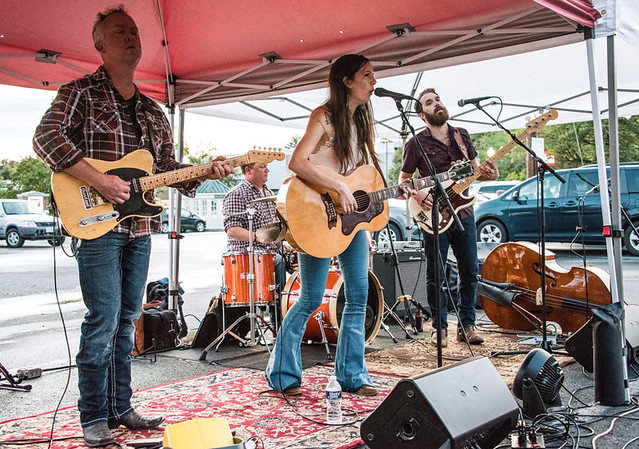