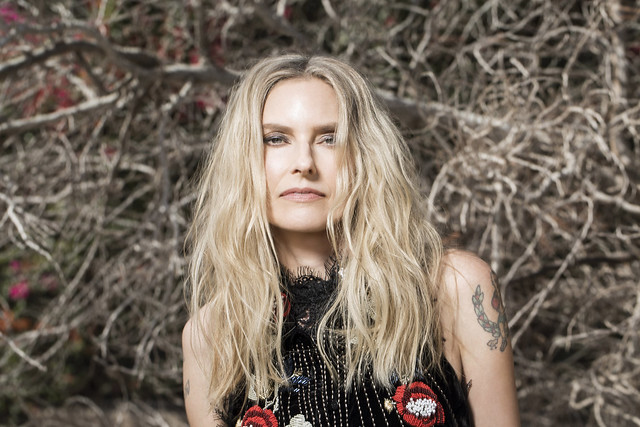 Academy Award-nominated and Grammy Award-winning singer-songwriter Aimee Mann releases her haunting cover of Leonard Cohen’s ballad “Avalanche.” The song, which is now available for download and/or streaming, appears as the title track for HBO’s acclaimed true-crime docuseries “I’ll Be Gone in the Dark.”

I’ll Be Gone in the Dark: One Woman’s Obsessive Search for the Golden State Killer is a true crime book by Michelle McNamara about the Golden State Killer. Michelle, who was married to comedian Patton Oswalt, passed away in 2016, prior to publication of the book, which served as the basis for the HBO series.

“My husband, Michael Penn, and I had been close friends with Patton and Michelle for many years and were very familiar with the ups and downs of her research. We were completely devastated by her death. I was incredibly moved by Patton’s dedication to getting her book finished and was so happy when he reached out about recording a version of ‘Avalanche’ for the show. Michael produced and recorded it at home, and we were both honored to hear it at the start of every episode,” Aimee said.

Upon its debut on the show, the song received immediate critical praise; Variety proclaims, “When it came to choosing an artist to sing a theme song for HBO’s documentary series ‘I’ll Be Gone in the Dark,’ Aimee Mann is maybe one of the few contemporary artists with the stature and gravitas to be mentioned in the same breath as Leonard Cohen without any balkers,” while Stereogum furthers, “Mann’s brief take on the song is lovely and forbidding and entirely faithful to the original.”

After several albums with Til Tuesday, Aimee Mann began her solo career in 1993 with the album Whatever and made a name for herself through her independent success and the founding of her record label, SuperEgo Records. In 2017, Mann released her acclaimed album Mental Illness, which won Best Folk Album at the 60th Annual Grammy Awards.

The New York Times proclaims, “Mental Illness wallows in its troubles, and it’s an exquisite wallow,” while The Los Angeles Times adds, “Every doomed syllable is sacred and every tragic rhyme fits, as though each song were a puzzle to which only Mann knows the solution.” NPR Music furthers, “Mental Illness can be punishingly sad, but also breathtakingly pretty.”