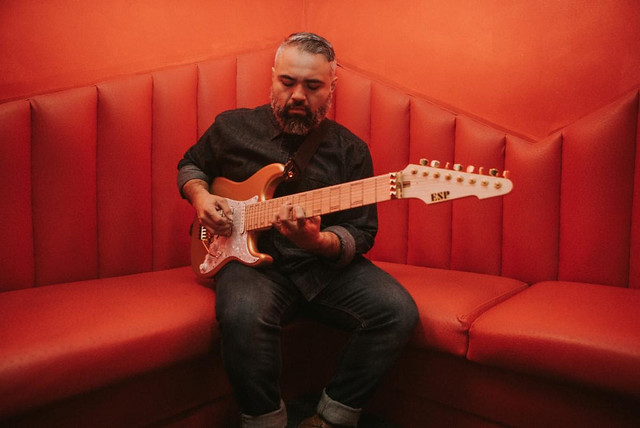 En Vivo, the brand new live album from world renowned guitarist Javier Reyes (Animals As Leaders), is out now via Sumerian Records. For this project, Javier takes the name Mestís, and he shares a live performance from the album in the form of “Sedosa.”

Consisting of live tracks from former albums “Polysemy” and “Eikasia”, En Vivo is a glorious demonstration of Reyes’ vast musical diversity and showcases the intriguing variety of instrumentation recorded live on tour.

The live album follows a debut full-length by Mestís. The full-length album, Polysemy, is a 10 track offering showcasing Javier’s vast musical diversity and features an intriguing variety of instrumentation and assistance by highly acclaimed musicians (Matt Garstka also of Animals As Leaders, Joe Lester of Intronaut, and Mario Camarena and Erick Hansel of CHON) The album was released last year through Sumerian Records.

Of Polysemy, Javier said, “I’ve always wanted to create a style of music that focused on being emotionally exploitive and technically sound, yet simple enough for the average music listener to appreciate. Another influence was using the eight string guitar in a form that is unconventional to the ‘trends’ or independent of characteristics that are found in music styles/genres that have popularized it. Another and important reason was to create a true form of my own independent voice as an artist. To create music that expressed my personality, upbringing, emotions and musical taste.”