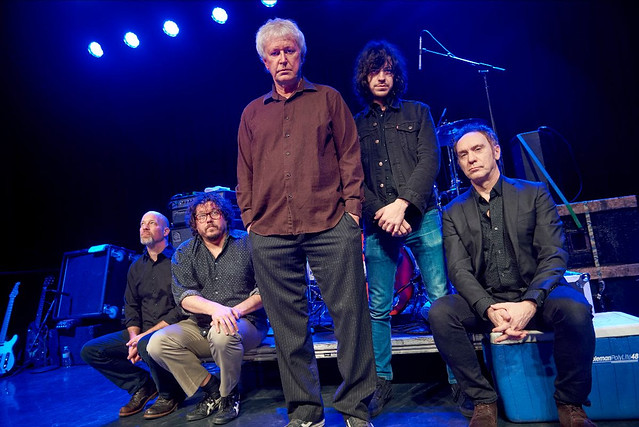 Pandemic be damned, Guided By Voices have recorded their third album of 2020. This tremendous pace has kept the band in the news constantly this year, including five features in Rolling Stone, this time announcing their upcoming album Styles We Paid For, due out Dec. 11. They also have shared the first single, “Mr. Child.”

“Mr. Child” is a poppy rocker about the titular character, a fun-loving Peter Pan who “sees a rainbow/sees no rain” — whose MO is to “roll with the punches and remain a child.” Still, there’s something ominous about the forever-boy, who is “long and limber,” “always rolling,” and “erasing numbers,” Rolling Stone writes.

Stream “Mr. Child” by Guided by Voices on YouTube:

Despite the global pandemic, Guided By Voices have remained as prolific as ever, finding ways to create despite distance — Styles We Paid For was recorded by the members in five different states and is out Dec. 11.

On. Aug. 21, Guided by Voices released Mirrored Aztec, the latest stop on their runaway train. Like its immediate predecessors, it’s both its own entity and unmistakably GBV. It’s also their most immediately welcoming and inviting offering in years — there’s nothing a fan of The Who, Big Star, or Wire, wouldn’t love. For the GBV uninitiated, the clean, confident hooks of highlights “Bunco Men,” “Haircut Sphinx,” “A Whale is Top Notch,” “Party Rages On,” and the strummy “To Keep an Area” will resonate immediately.