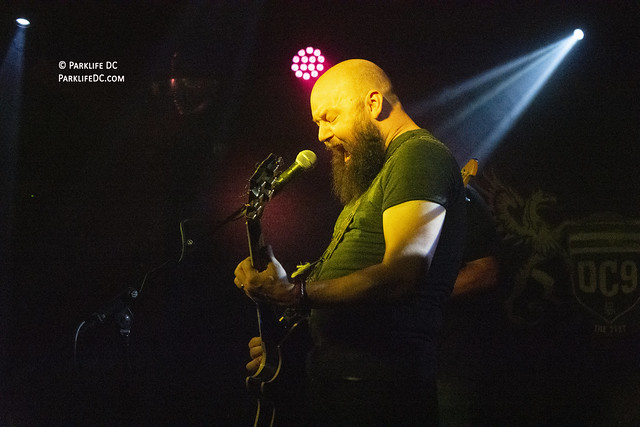 Like four links in a chain, the members of Fellowcraft relaxed and rolled to the rhythm in a performance at DC9 recently. The four guys hadn’t performed for an audience in more than seven months, but they instantly drew tight as they rocked through 12 big tunes for a successful livestream.

On Oct. 27, Fellowcraft assembled for their first live performance after a trip to a festival in Mexico was cut short way back in March. At that time, they rushed to return home prior to quarantine lockdowns in the DC metro area. They’ve used the lockdown time well, recording new singles for inclusion on a new album set for release in 2021.

Midway through last week’s show, Fellowcraft introduced their livestream audience to “Coyote and the Desert Rose,” the most recent of the new singles. The new hard rock number followed a pattern of their recent journey into progressive rock but with metal flourishes. Frontman Jon Ryan MacDonald told me that the band was aiming for a heavier, moodier sound. That sound complemented JR’s intensity and focus.

At the front of the stage, JR poured himself into his guitar, breaking to the left to jam with guitarist Pablo Anton-Diaz or pivoting to his right to link with bassist Brandon Williams. They perform as one, rising and falling on the impressive waves of metal churned out by their instruments.

Stream “Coyote and the Desert Rose” by Fellowcraft on Bandcamp.

The four men, including drummer Zach Martin, were clearly inspired by recently recording with bassist Chris Dale, formerly of Bruce Dickinson’s band. Fellowcraft cut a cover of Bruce Dickinson’s “I Will Not Accept the Truth,” which may appear as their next single soon, with Chris Dale. The band chugged through it near the end of their DC9 show, showcasing their ever-evolving sound in a satisfying coda as if the entire show were one masterful piece of heavy rock ‘n’ roll.

Fellowcraft peppered their set with familiar favorites, including “Proliferation Nation” and “Hold the Line” from 2018 album Three. As groovy as “Proliferation Nation” may be, it’s a song with a message — don’t give yourself over to hate — and most Fellowcraft songs carry similarly cautionary tales. As storytellers, Fellowcraft would rather be a friendly face than an imposing visage. The guys balanced the messages with hi-energy doses of enthusiasm and camaraderie.

As a rhythm section, Brandon and Zach locked in step with graceful smiles and familiar ease. Meanwhile, guitarist Pablo thrilled his virtual audience with power riffs. He seemed to submerge himself in the melodies but came back up for air every time. Frontman JR sang fearlessly and with conviction. Of course, he had confidence to spare with these guys tethered to his side.

Here are some pictures of Fellowcraft performing at DC9 on Oct. 27, 2020. Thanks to the band and DC9 for the opportunity to photograph the livestream! By the way, DC9 is booking bands for a series of professionally produced paid livestreams like this one. Email the venue at info@dc9.club for inquiries. 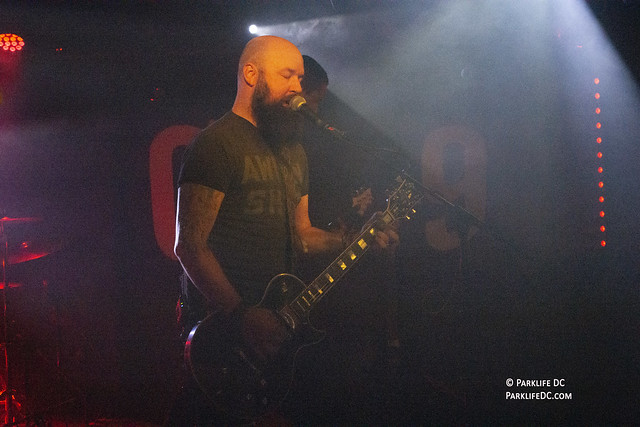 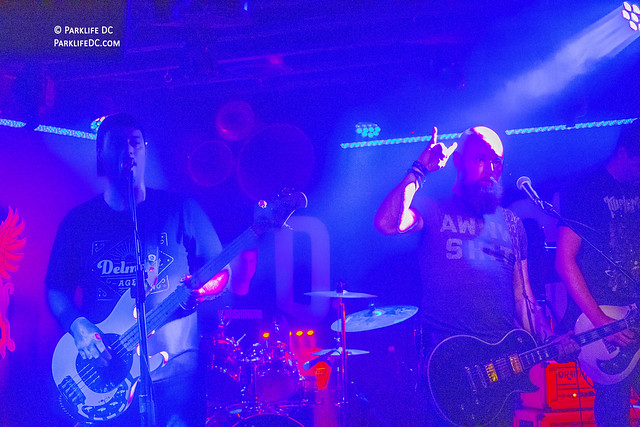 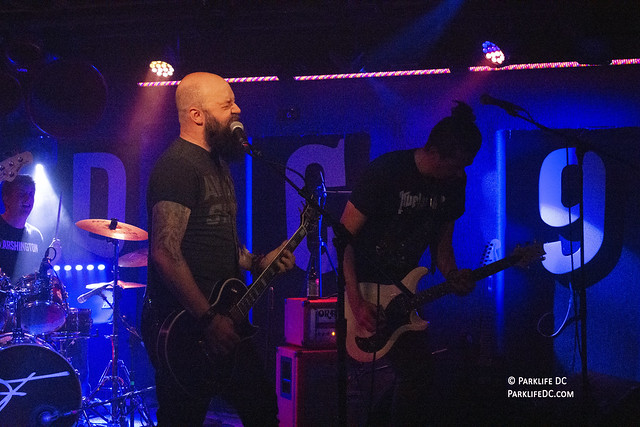 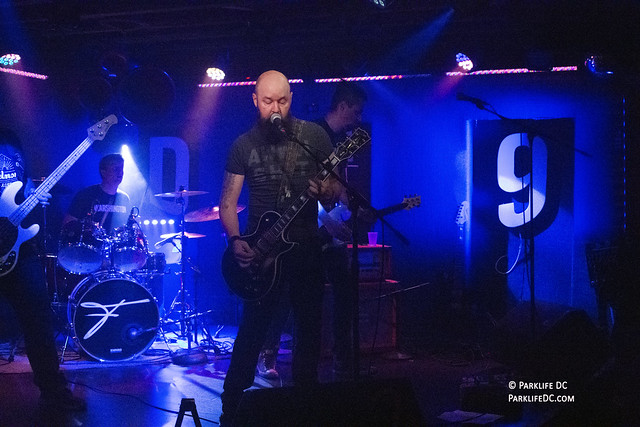 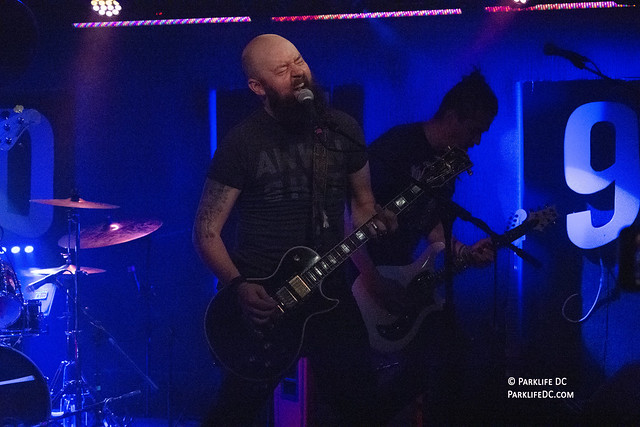 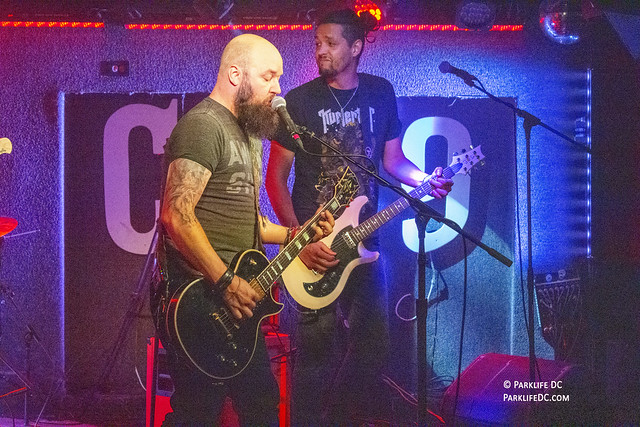 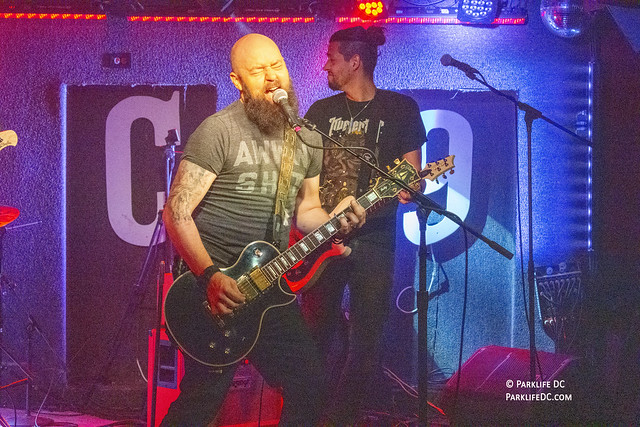 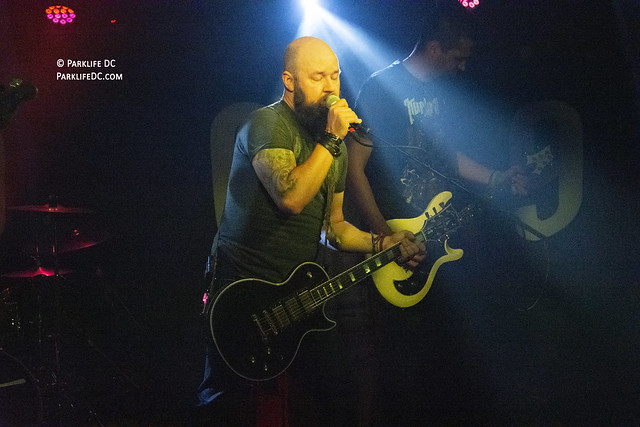 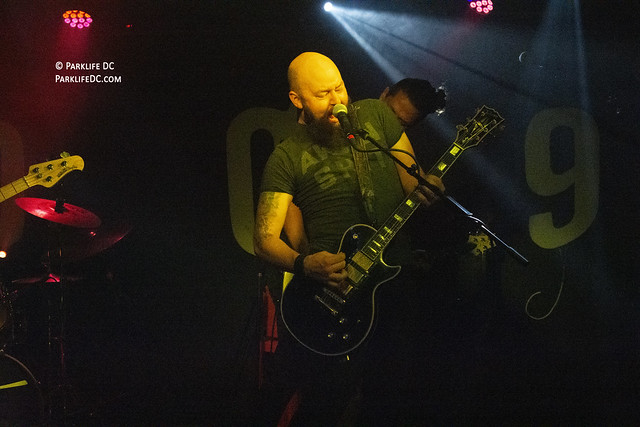 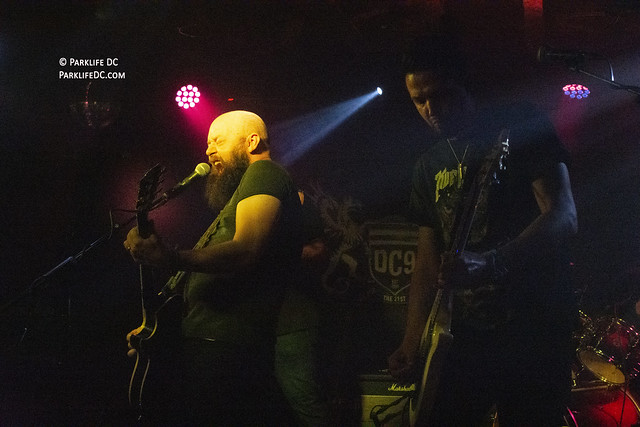 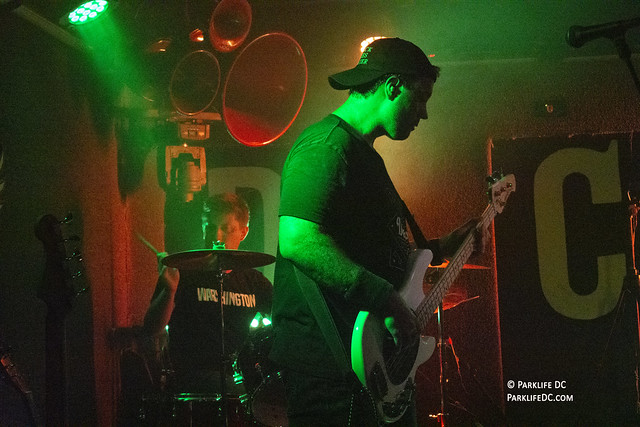 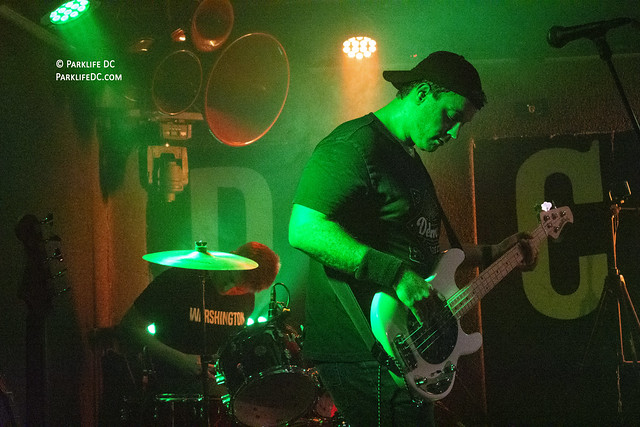 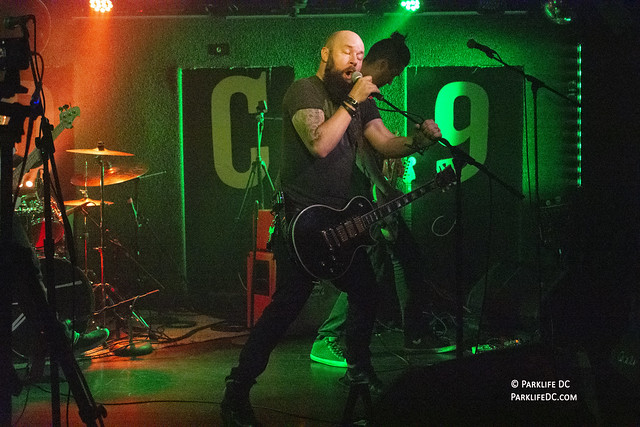 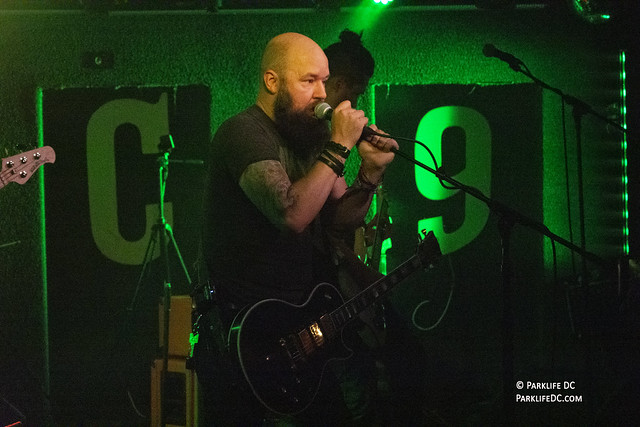 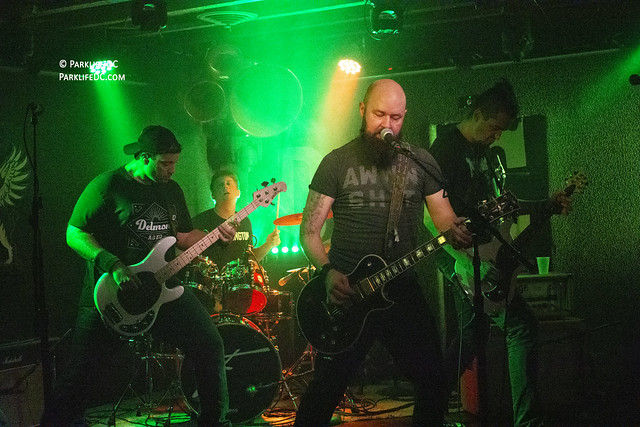 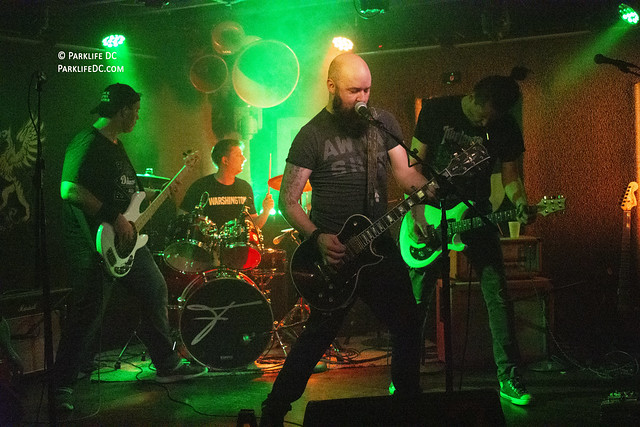