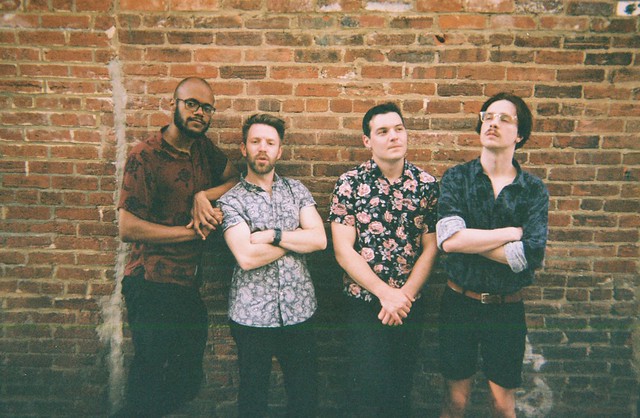 Broke Royals is rewriting doubts. Turning negative self-talk into positive affirmations. Hokey as it sounds, the band was willing to try anything after the world, and their income stream, came to a grinding halt this year.

On “Goldbrick Champion,” the band is exalting its weaknesses to the tune of an ’80s-inspired slacker anthem. Propelled by a drum machine and an infectious bass groove, the DC band is spinning their insecurities into pop-rock gold.

“Goldbrick Champion” is not a manifesto to live by but rather a shot in the arm in the darkest hour. If only for a few minutes, Broke Royals and Bartees Strange are reveling in the life of a Goldbrick Champion.

Goldbrick (n.): a thing that looks valuable but is in fact worthless.

Philip Basnight, Colin Cross, Ben Wilson, Taimir Gore, and Nate Teikari team up to bring you premium rock & roll as Broke Royals. They formed at The College of William & Mary in 2014 and have since toured North America extensively and released two full-length albums. They have shared the stage with groups like AWOLNATION, Dashboard Confessional, Real Estate, Andrew McMahon In The Wilderness and their former classmate Car Seat Headrest. They are currently socially distancing in their homes in Washington DC and Virginia — and they miss each other, and live music, quite a bit.