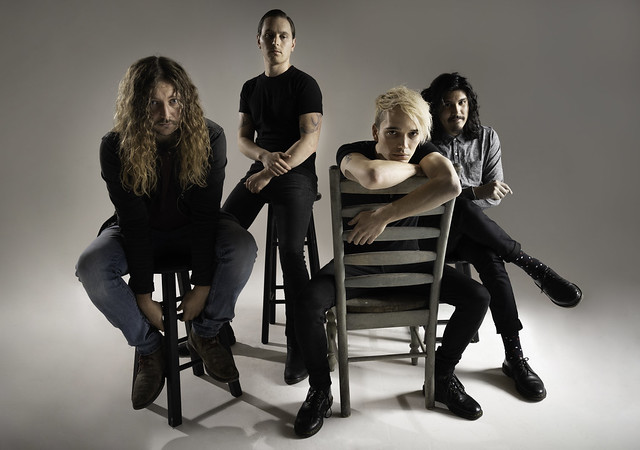 Primal and passionate, Badflower frontman Josh Katz transforms as he steps up to the microphone. The unmitigated kind of catharsis fueled by emotion and unfiltered intensity offers an awakening to the mind and body as audiences wholly experience the band’s palpable energy.

See Josh and the rest of the band in a livestream via Veeps on Monday, Dec. 13, as they declare, #ChristmasIsCancelled

Wielding their signature energy, the music taps into a gritty and grunge-y gutter rock spirit complemented by jarring theatrical delivery and unshakable riffing as featured on their debut album OK, I’M SICK. Their freshman effort landed No. 1 on Alternative New Artist Album upon release and generated back-to-back No. 1’s: “Ghost” — which landed at No. 7 on Billboard’s 2018 Year-End Mainstream Rock Songs Chart — and “Heroin.”

Watch the official music video for “Ghost” by Badflower on YouTube:

$5 from every ticket sold goes directly to the affiliated venue from which th tix are purchased. In our case, that’s DC’s 9:30 Club!