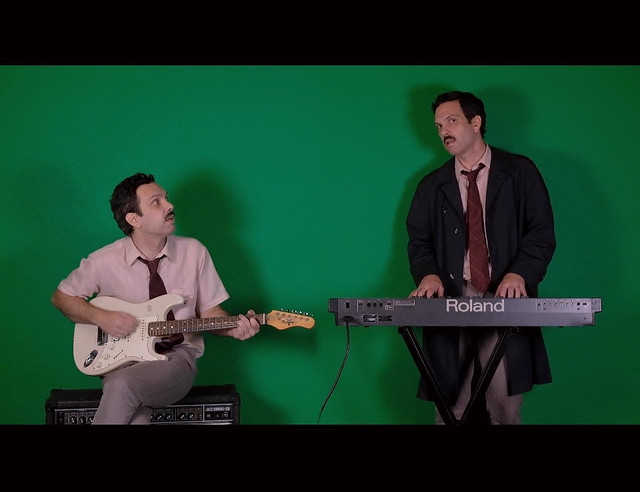 Today Black Marble aka Chris Stewart announces the release of a very affectionate cover of Mariah Carey’s beloved 1994 classic, “All I Want For Christmas Is You.” Putting his signature on the track, the Black Marble version is synth-based and perfect for these winter months.

Chris said, “Given all that’s happened in the last year It struck me as likely that many of us are in the same boat right now and thinking about this idea of missing our friends and loved ones and wondering when we will be able to gather together again. I usually take it for granted that I’ll be able to see my family for instance at this time, but for me and a lot of us this year, those plans were put on hold. The original intent of the song seems more playful, but because of these ideas, it took on, for me, more of a tone of longing and wishing to be with the people you care about and not having much appetite for the usual more commercial trappings of the season in light of this thing we’re all going through. Also, I mean who doesn’t love some Mariah Carey around this time — and I thought it would be fun to do a more synthy take on such a well-known classic pop song as well as update it tonally to reflect this current reality.”

Watch the official music video for “All I Want for Christmas Is You” by Mariah Carey covered by Black Marble on YouTube:

He added: “For the video, we wanted to get across the idea of this character who is sort of restless and longing for someone who’s not there and doesn’t really have the time or headspace for the usual holiday festivities. That’s why we shot the scene of presents being passed from hand to hand and sort of discarded as if they are unimportant or an afterthought, and why we shot the exteriors all over town as if the character is in search of someone or something. Or this idea that wishing for someone or something is universal right now and not confined to one particular place.” He adds: “In addition we wanted a humorous offbeat tone and took inspiration from the classic ‘80s video ‘You Can Call Me Al’ that Paul Simon did with Chevy Chase. I wanted two versions of me and for them to have distinct personalities, with one character really feeling the sentiments of the song and the other kind of aloof and absent minded and sort of breaking the fourth wall with all these technical problems.”