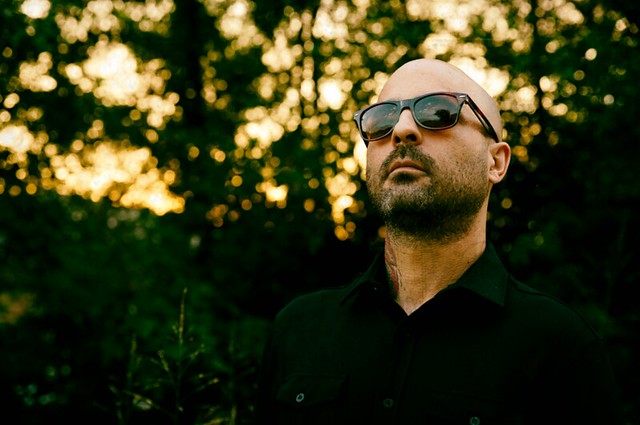 Brandon Phillips laid in a Kansas City hospital through the winter of 2019-2020 as his own album release (the unintentionally but appropriately named Patient Zero by his alt-synthwave band Mensa Deathsquad) passed by in the outside world.

But you can now check out “Nothing Is Never Enough,” the latest single by Mensa Deathsquad.

The first tracks from his debut album Patient Zero were premiering and, chained to a Luciferian merry-go-round of post-operative infections, Brandon strained through the pharmaceutical blur to do promotion for his record, emailing editors and scraping together the necessary pieces they needed. Since his surgery a month prior had gone sideways, and the time, energy, and planning for things like photos, videos and shows had been blown to smithereens, all he had left to look forward to beyond the IVs and the machines that go “ping” was this premiere and the street date. And then came COVID-19, like a rogue wave, to finish off the aimless Mensa Deathsquad sailboat.

Listen to “Nothing Is Never Enough” by Mensa Deathsquad on YouTube:

But Brandon didn’t die and the boat didn’t sink. As the squall receded and the wanton eye of cruel gods passed over him, Brandon clung to the boat and swore revenge…

As the aphorism goes, “revenge is sweet” and thus Brandon and his Mensa Deathsquad will have the triumphant last laugh. Holed up in the spare bedroom of his apartment in Kansas City with an open wound in his abdomen, two surgical drains, and a severely compromised immune system, Brandon slipped back into his Mensa Deathsquad persona and began working on what would become his newest full length album, Cyclist.

Today, Brandon is proud to announce that Cyclist will be released with a vengeance on Feb. 23, 2021.