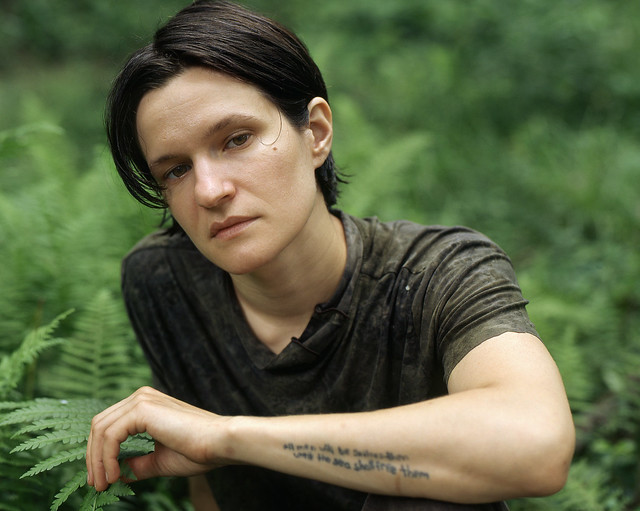 Last fall via 4AD, Big Thief’s Adrianne Lenker released two new albums, songs and instrumentals. The albums, which Pitchfork praised as “some of the most vivid songwriting of her career,” received an incredible reception, appearing on many year-end lists and propelling Lenker to make her solo television debut on The Late Show with Stephen Colbert last week.

Today, she shares a new, self-directed video for “Forwards Beckon Rebound,” a track off of songs.

Created by producer V Haddad and cinematographer Adam Gundersheimer and shot at Wild Heart Ranch in Joshua Tree, it focuses on Adrianne as she’s moved to dance in the failing light of the setting sun.

“Like Neil Young in the mid-early Seventies, each one of Lenker’s personal peaks, be it 2017’s tour de force Capacity, or 2019’s ethereal U.F.O.F., turns out to be yet another stepping stone towards something revelatory,” said Rolling Stone.

Said Adrianne, who recorded her new songs in lockdown while in the mountains of western Massachusetts:

“I’m grateful that this music has come into existence. These songs have helped me heal. I hope that at least in some small way this music can be a friend to you.”