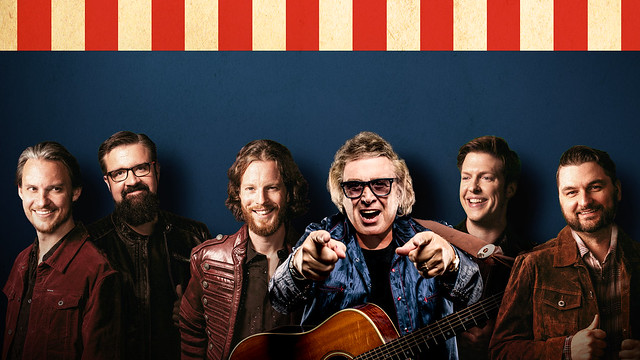 Today, all-vocal country entertainers Home Free teamed with Don for a special rendition of “American Pie” in a collaboration on the time-tested anthem.

“Any song which has a legitimate melody lends itself to an a cappella rendition,” Don explained to The Tennessean. “The guys in Home Free just did their thing and did a tremendous job at it, too.”

“It starts in a way that’s just very introspective, very true to the words and to the moment ‘The Day the Music Died,’ and just how powerful that can be,” Home Free’s tenor Austin Brown said. “But also, the hope that can come from the movement associated with an event like that… It really changed so much musically. While it was ‘The Day the Music Died,’ in a lot of ways, it was also the day that music was reborn.”

Don McLean is a Grammy award honoree, a Songwriter Hall of Fame member, a BBC Lifetime Achievement Award recipient, and his smash hit “American Pie” resides in the Library of Congress National Recording Registry and was named by the Recording Industry of America (RIAA) a Top 5 song of the 20th Century.

Home Free have made their mark on the music scene, racking up nearly 600,000 album equivalents globally; embarking on major international tours; amassing 429+ MILLION views and over 1 MILLION Subscribers on YouTube, and being declared “Country music fans’ favorite a cappella group” (Taste of Country).