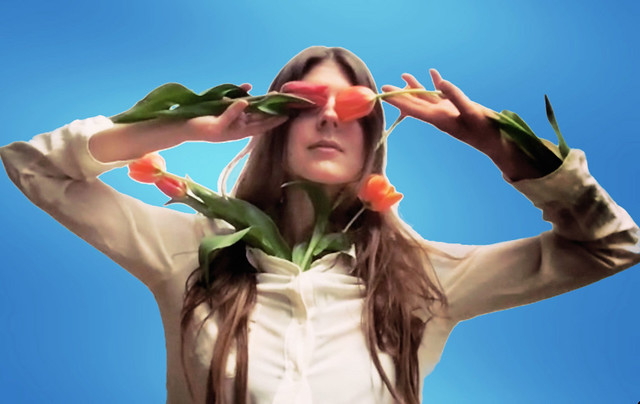 “Cake,” the new single from singer, songwriter and producer Lydia Ainsworth’s forthcoming album Sparkles & Debris, is out today with an accompanying video directed by Takeshi Suga and shot in Tokyo before the start of the pandemic.

The album, which follows 2019’s acclaimed Phantom Forest and blends live drums, guitars and bass with Ainsworth’s signature vast electronic landscapes, is due May 21 via Zombie Cat Records.

“I was exclusively listening to Townes Van Zandt while on tour for my last album,” Lydia said. “I began to imagine what it would feel like to be in the shoes of the various women he’s often singing about. In particular his song ‘Loretta,’ which is one of my favorite songs of all time. I kept thinking about Loretta, feeling a kinship with her as well. I was inspired by his piercing lyric, ‘She don’t cry when I can’t stay, ‘least not till she’s all alone.’ ‘Cake’ is a song I wrote from Loretta’s perspective.”

Watch the official music video for “Cake” by Lydia Ainsworth on YouTube:

Written and produced by Lydia in Toronto, New York and Los Angeles over many years, Sparkles & Debris reflects her usual composer’s mindset and instinct for idiosyncratic melodies and structures. The album also marks a departure from the more solitary creative process that her previous releases were born from. Lydia recorded all her vocals at her engineer/mixer Dajaun Martineau’s studio in Toronto. Mark Kelso provided live drums and Neil Chapman and John Findlay added electric guitar and bass in the city’s Desert Fish and Noble St. studios. These live elements blend with Lydia’s own samples, programming, and voice to create the record’s sonic tapestry.