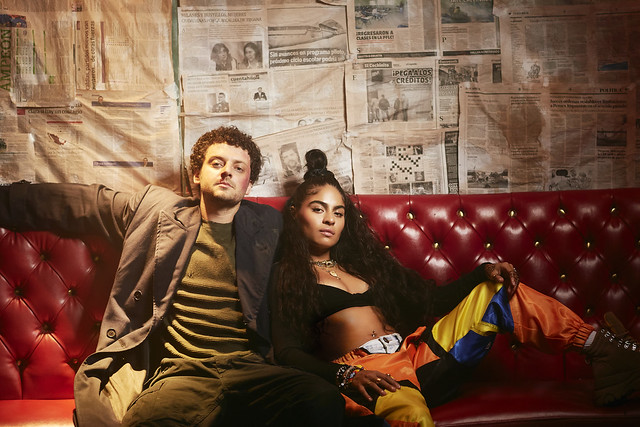 grandson and Reyez both have individual songs in the upcoming superhero action adventure film and took the opportunity to team up for a commanding collaboration with “Rain.” Next month, an official companion visual for the track will be released featuring grandson and Reyez each embracing their inner Super-Villain.

“Rain” is about how the shadows in life accentuate the sunshine; how even though tough times are ahead, you know hope is just around the corner… “I do not mind / The rain sometimes /

Oh That’s the only way the roses / Bloom.” As two artists that inspire and evoke change, the song flaunts their combined palpable sincerity and sense of emotional transparency. Reyez’s silky vocals provide an added layer of texture, as grandson and the pop star alternate verses and come together for an epic, belting chorus.

“‘Rain’ is the theme song for making sense of personal tragedy,” grandson said. “Through this track, I hope others find reassurance that whatever difficulty they’re going through leads to a broader, fuller perspective on life’s beauty somewhere down the road.”

Stream “Rain” by grandson and Jessie Reyez on YouTube:

Watch the official trailer for The Suicide Squad on YouTube:

“I found James Gunn as a mentor and friend during the pandemic, and we began sharing our work as I finished my album and he finished his movie,” grandson added. “When he heard ‘Rain’ it was clear that it spoke to him. I had been a fan of Jessie for years through mutual collaborators in the Toronto/LA scene, and knew she would resonate as well and offer her own unique contribution to bring this one to the finish line.”

“When grandson first played me ‘Rain’ I felt it pierced directly to the emotional heart of ‘The Suicide Squad,’” said James Gunn. “Months later, I still haven’t stopped singing it in the shower. Having Jessie on the track, another of my favorite new artists, is simply icing on the cake.”

“I respect grandson as an artist so of course I was really excited to work with him; when he called me up to bat to feature on ‘Rain,’ it was a no-brainer,” said Jessie Reyez. “I’m also a fan of James Gunn and his work, so to be able to contribute a small part of my creativity to the world of Suicide Squad is an honor.”