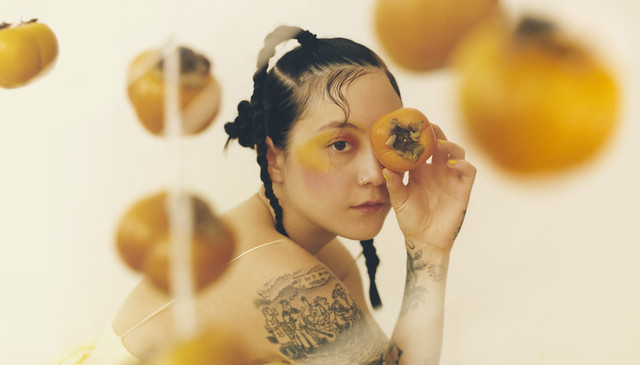 Japanese Breakfast, the alt-pop project of Michelle Zauner, released its third album, Jubilee, on June 4, via Dead Oceans. The album arrived on the heels of Michelle’s memoir, Crying in H Mart, which was published on April 20.

Now, Japanese Breakfast performs at The Fillmore Silver Spring on Wednesday, July 21, and there are a few tickets remaining for this must-see concert.

In the years leading up to ​Jubilee​, Michelle took theory lessons and studied piano in earnest for the first time, in an effort to improve her range as a songwriter: “I’ve never wanted to rest on any laurels. I wanted to push it as far as it could go, inviting more people in and pushing myself as a composer, a producer, an arranger.”

On “Savage Good Boy” — a kooky, terrifyingly prophetic jam — Michelle reduces the excess of modern capitalism to an emotional level, sarcastically imagining the perspective of a billionaire trying to convince his lover to join him underground as the apocalypse unfolds. “I want to make the money until there’s no more to be made/And we will be so wealthy, I’m absolved from questioning/That all my bad behavior was just a necessary strain/They’re the stakes in a race to win.”

Jubilee​ is an album about processing life and love in the quest for happiness, and how that process sometimes requires us to step outside of ourselves. “Savage Good Boy” isn’t the only time Michelle takes on a persona; On the cavernous masterpiece “Posing in Bondage,” she imagines a woman left behind in the confines of an empty house, traversing the blurred lines between domesticity and dominance as she sings to an absent lover. Meanwhile, “Kokomo, IN” was written from the perspective of a small-town Indiana boy, forced to say goodbye to a girlfriend who’s shipping off to study abroad.

But throughout ​Jubilee,​ Michelle is hardly fictionalizing her lyrics, instead pouring her own life into the universe of each song to tell real stories, and allowing those universes, in turn, to fill in the details. Joy, change, evolution — these things take real time, and real effort. And Japanese Breakfast is here for it.