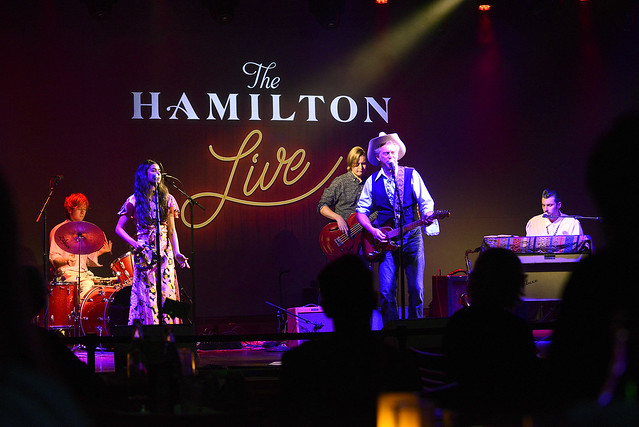 Jimbo Mathus and The Dial Back Sound perform at The Hamilton Live on July 22, 2021. (Photo by Rashad Polk)

Jimbo Mathus is best known as the guitarist, singer, and bandleader for the swing revival group Squirrel Nut Zippers. But Jimbo’s career is much broader than that, and when he performed with his band, The Dial Back Sound, at The Hamilton on Thursday, he promised to get to “all types of music,” starting with “a little bit of honky tonk, and bringing up some deep soul from the deep South.”

A native of Mississippi, where he operates the recording studio Dial Back Sound (hence, the name of the band) outside the college town of Oxford (home of Ole Miss), Mathus is a figure deeply in touch with what Greil Marcus called “the old weird America.” Jimbo’s biography refers to him as, among other things, a “shaman,” and he certainly laid some magic on the audience at The Hamilton Live.

Thursday’s appearance was Mathus’s first at The Hamilton, and it was a loose, easy performance. Jimbo’s backing band are also his crew at his studio, so they’re very used to playing together. They worked without a set list, with Jimbo calling out the songs as they went. The dance floor was open for the evening, and Jimbo encouraged the audience to get up and shake their booties.

For those of whose came up outside of the Deep South, and especially so in the post-Internet age, we lack the experience of the old-school juke joints. The southern-fried blues and twang that Jimbo and his band slung on Thursday evening are the closest we’ll ever get to those legendary backroads dives where unheralded masters played to local audiences in the know.  It’s a special thing to get to see a piece of true Americana culture that has not only been preserved and maintained, but pushed forward in new directions to meet the future, and to have it brought you to live, in your very own city.

Jimbo’s set included “Beat Still My Heart,” a track from his latest record, These 13, a collaboration with violinist/whistler/singer/songwriter/actor (featured on last year’s final seas on Fargo) Andrew Bird. In the ’90s, Bird was, briefly, a member of the Squirrel Nut Zippers and, even after he left to pursue a solo career, he remained friends with Jimbo. During the pandemic, they reunited to record These 13, released earlier this year to strong reviews and coverage from outputs like NPR’s Weekend Edition of All Things Considered. Jimbo shared that this project has led to his first gig playing the prestigious Newport Folk Festival next week, which had the seasoned performer feeling a little bit nervous.

Stream These 13 by Jimbo Mathus and Andrew Bird on Spotify:

A true character, Mathus’s wry, offbeat humor was on display. He joked, “I hope y’all got yo’ tetanus shots.” As much as he is a character though, behind that, Jimbo is a savvy character, a master guitarist and a songwriter approaching 400 compositions. There’s a saying that the notes you don’t play are as important as the notes you do play, and Jimbo has absorbed this wisdom. As impressive as his guitar work is, it’s not overwhelming, and it doesn’t overpower the rest of the band or the vocals. He knows exactly when to play loud, and he knows when to play a bit softer.

The song selection for the night — called on the fly, as I mentioned above — was eclectic. Jimbo gave us straight southern rock (“Tell It To The Judge”), covers (Bobbie Gentry’s “Ode to Billie Joe”), broken-hearted love songs (“I Can’t Learn to Forget” and “Broken Glass”), and ballads (“Sunset in the City”). He ended the set on a new, topical song, “KK’s Blues,” about the opiate crisis.

The term “bar band” has negative connotations, but a great bar band can be a terrific experience. There’s a lot to be said for bands that play something for everyone, and who recognize and embrace music’s role as a source of joy and relaxation. All of this can be done with lots of style and plenty of substance, and Jimbo Mathus and the Dial Back Sound is an example of this: They’re a tight, gritty unit that can play a little bit of everything, bringing both the steak and the sizzle to the stage each and every night.

Here are some pictures of Jimbo Mathus and The Dial Back Sound performing at The Hamilton Live on July 22, 2021. All photos copyright and courtesy of Rashad Polk. 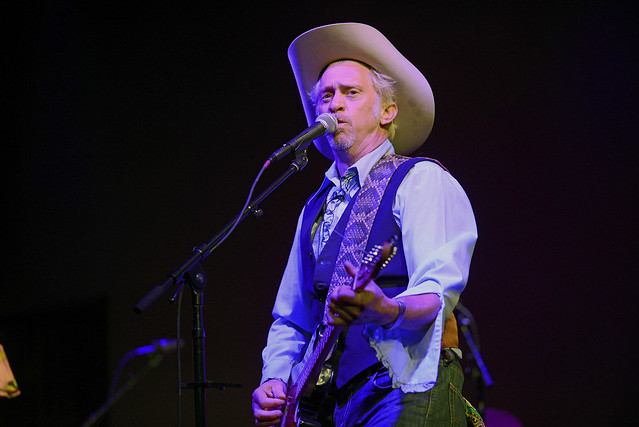 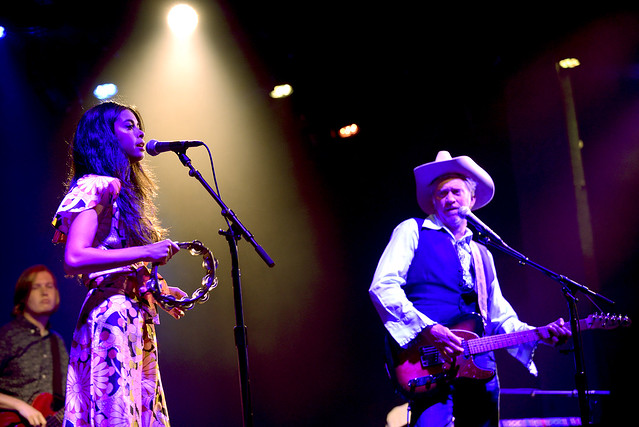 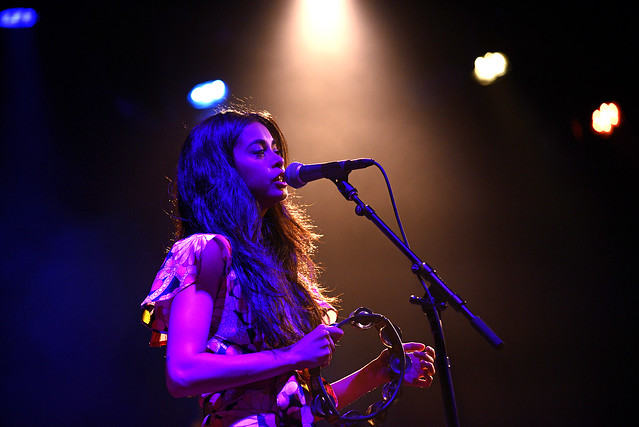 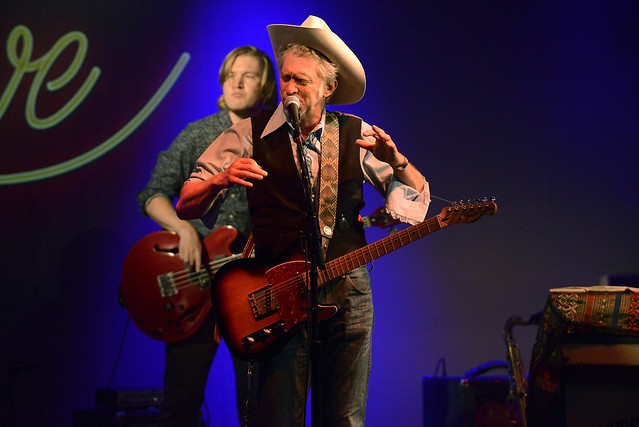 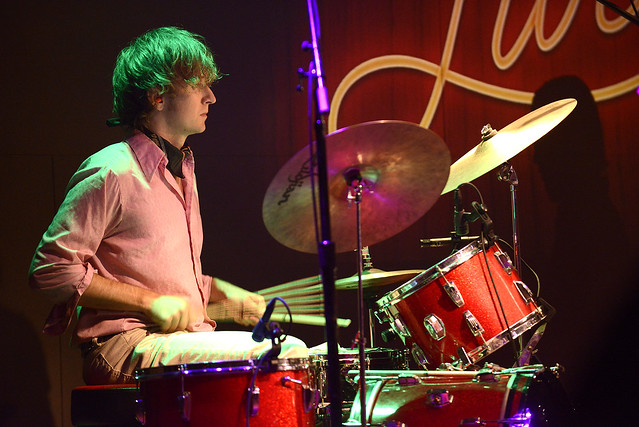 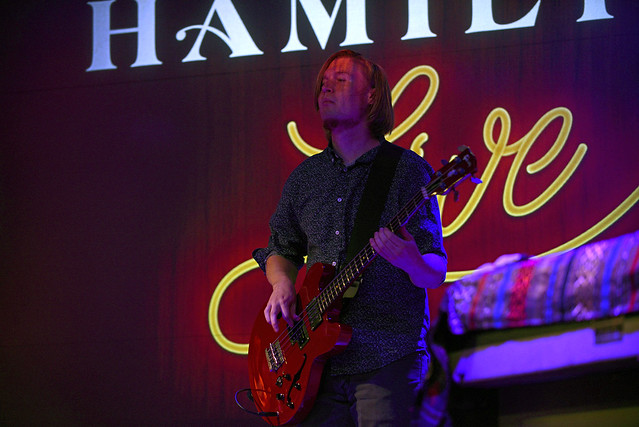 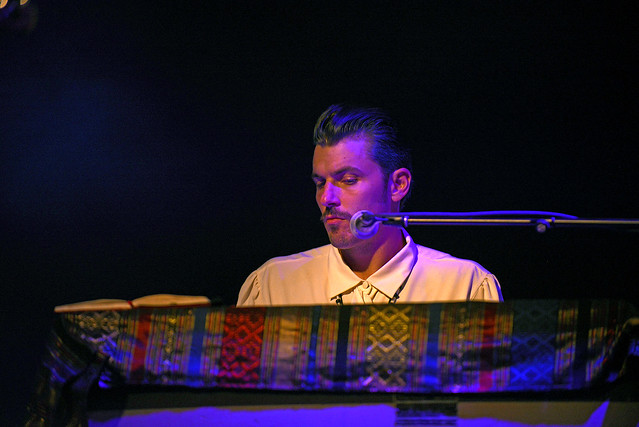 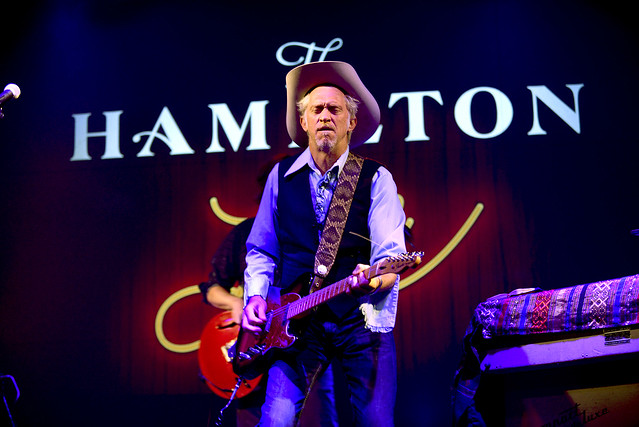 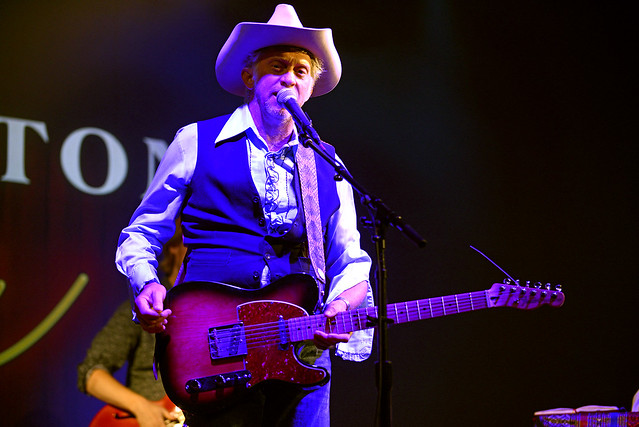 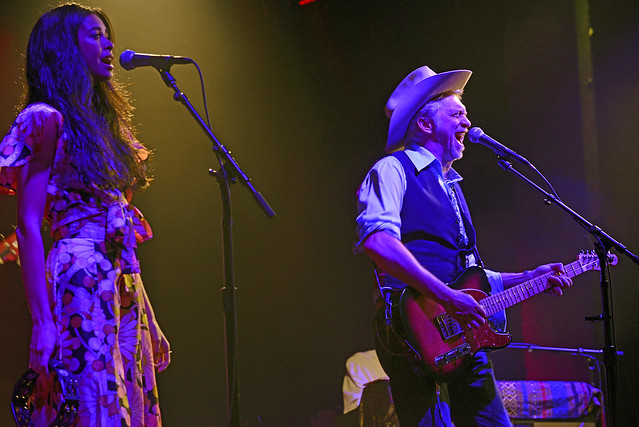 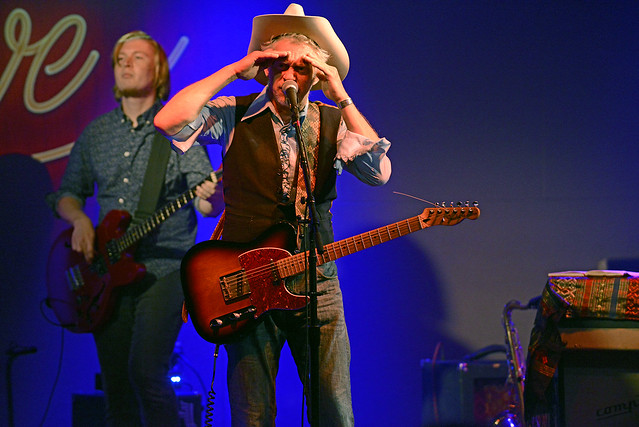 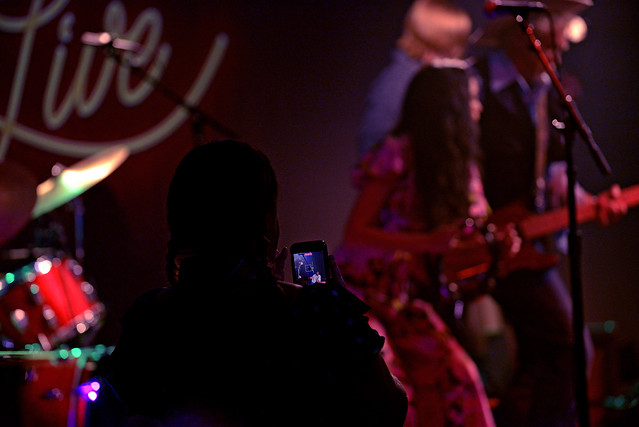 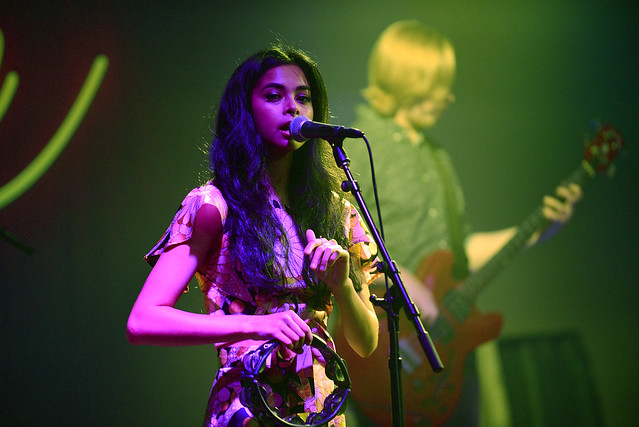