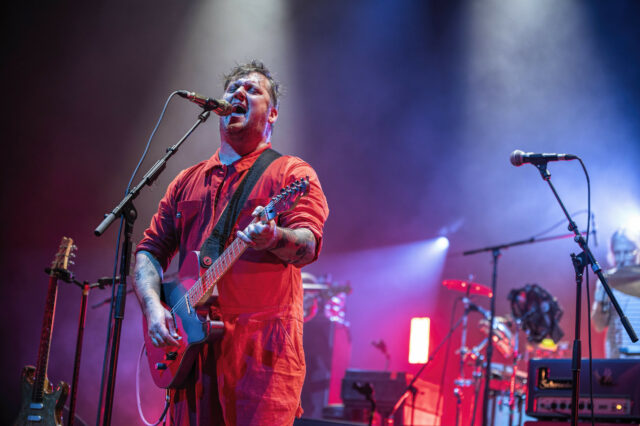 I have a foggy recollection of the last time I saw Modest Mouse before they took the stage Wednesday night at The Anthem. The time before the last time was back in 1996 at the now defunct Fletchers in Baltimore. Back then the band had released their debut LP, This Is a Long Drive for Someone with Nothing to Think About — a three-piece performing on a small stage — and to see where the band started to now has been incredible!

This was my time back at The Anthem since the start of the Covid-19 pandemic, and, for me, that’s been the better part of two years. And with the release of the fantastic “The Golden Casket” this year, Modest Mouse embarked on a tour through the US arriving in DC to an enthusiastic crowd who were masked and had shown proof of Covid-19 vaccination upon entry. First, and I think it important to lay this out there, I think that live music — going to see shows, that is – can sometimes feel like an abstraction if you aren’t in the middle of it; aren’t experiencing it face-to-face-to-face it’s hard to express what a great show can do. So, as I stood there in a room full of other fans, witnessing the spectacle that was my first Modest Mouse show in more than two decades I have to admit I got a little choked up.

First, even though you’ve listened to songs like “Missed the Boat” and the new single, “We Are Between,” it’s nothing like seeing it performed with the band feeding off the energy from a live audience and then reciprocating that feeling back into the crowd.

And as I witnessed Isaac Brock, Jeremiah Green, and the band this week I had to kick myself for not going to more shows — both of Modest Mouse and in general.

After stepping on stage to a wash of applause, Modest Mouse started off their set with a couple of old favorites, “The World at Large” and, my own personal favorite, “Dramamine” with it’s entwined guitar lines and pops of emotional distortion. And, although the band did play a good amount of newer songs, it was a set jam packed with old favorites from just about every album they’ve released to date.

Modest Mouse, over the years, have expanded its sound both on record and live with, in addition to Isaac (vocals/guitar) and Jeremiah (drums), Ben Massarella (of Red Red Meat / Califone) on percussion, Russell Higbee on bass, multi-instrumentalist Tom Peloso, and newest member and guitarist Simon O’Connor. And that sound really filled The Anthem!

Taking a break in between songs, Isaac repeated his love for DC and The Anthem, saying “I love being here. Not to sound pandering or whatever, but I sincerely like being here” before launching into the single “Dashboard,” and we all certainly missed Isaac and the band. And this was evident in the two encores the band performed, ending with “Japanese Trees” from the new album.

On a personal note, this show really felt like going home to me. Both because some really great memories were made both at The Anthem in the last few years and being able to see this band grow and evolve over the years and being able to see these songs played in front of my face again. It felt special, and I know for a lot of fans in the crowd Wednesday night it was good to be back.

Modest Mouse continues their tour through the US this Summer and into the Fall. Definitely check them out here.

Here are some photos of Modest Mouse performing at The Anthem on Aug. 17, 2021. All photos copyright and courtesy of David LaMason. 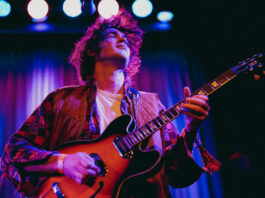 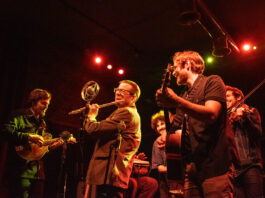 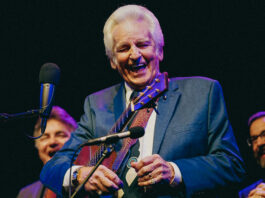