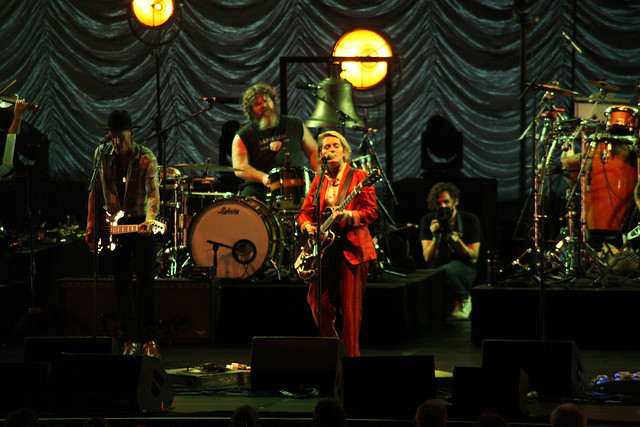 Wolf Trap is back to full capacity shows — and when Brandi Carlile played there Saturday night, the venue was absolutely packed. The show started with a dynamite opening solo set by Amythyst Kiah, a singer-songwriter from Johnson City, Tennessee, whose style is based in the blues and folk music.

Standing ovations are the norm for headliners, but not for opening acts. When an opening act gets a standing ovation, it’s because they’ve blown the audience away; Amythyst blew the audience at Wolf Trap away on Aug. 28. Even masked up, I coulld still see the amazement on the faces of the folks around as she played. She’s an amazing songwriter, with a Grammy nomination to show for it (for her work with Our Native Daughters, a collaborative project with fellow Black female roots musicians Rhiannon Giddens, Alison Russell, and Leyla McCalla). She’s a gifted guitarist, and she is blessed with an incredibly powerful, soulful voice. Her set consisted of both acoustic and electric songs from her solo album, Wary & Strange, which was released earlier this year: “Hangover Blues,” “Firewater,” “Sleeping Queen,” “Fancy Drones,” “Tender Organs,” and “Black Myself.”

Watch the official music video for “Black Myself” by Amythyst Kiah on YouTube:

Kiah’s set was an excellent  complement to Carlile’s. Both work in roots music, broadly speaking; Brandi’s critically acclaimed music straddles rock, alt-country, and Americana. She’s been nominated for 11 Grammys, with her last album, By The Way, I Forgive You winning Best Americana Album, and Best American Roots Song and Performance (for “The Joke”) in 2019. Brandi’s music is eclectic, drawing on influences both from roots music, like Joni Mitchell, as well as pop music, like Elton John, whose “Rocket Man” she covered. “You and Me On the Rocks,” she told the audience, is written very much in the style of Joni. Brandi told the audience that, when she played it for Joni privately, Joni told her, “It sounds like a hit.” Later in the set, she covered Mitchell’s “Woodstock.”

The range of Brandi’s music was highlighted by the variety of configurations used in the set. This ranged from a solo acoustic performance of “Mother of Evangeline,” about her daughter, to full-band pieces, like set opener, “Looking Out,” which included twins  Phil and Tim Hanseroth on guitar and bass, Shooter Jennings (son of legendary Outlaw Waylon, and an accomplished artist in his own right) on keys, two percussionists, pedal steel, and a three-piece string section. The Hanseroths are Carlile’s principal collaborators and frequent cowriters; they’ve worked together throughout her career. For “Cannonball,” they put down their instruments and joined Brandi around a single mic in three-part harmony. Brandi spoke at length during the set about how she had come to work with the brothers, who had a well-respected local band in the Seattle area, and their very early — and very small — gigs.

Earlier this year, Carlile released a memoir, Broken Horses. The book received excellent reviews, and I really enjoyed reading it. While she spoke about some details of her life — being an out lesbian who is married and has children — during her set, the book goes into much greater deal on that aspect of her life, as well as many others. It deals skillfully with issues surrounding her class background, and with the intersection of her sexual orientation and her religious upbringing. There’s also quite a bit about her creative process, with insight into many of her best and most popular songs.

Saturday’s set covered the entirety of Carlile’s career. There were early songs, like “The Story,” as well as the standout song from her last album, “The Joke,” which was introduced by a lengthy drum solo. For as much as the set was hard-rocking and high energy, the song titles reveal a more melancholy side: “Hard Way Home,” “Dying Day,” “Fulton County Jane Doe.” Introducing that last one, Brandi spoke of her determination to give a song to a murdered woman. The set closed on the anthemic “Pride & Joy,” and her three-song encore finished with another new song, “In These Silent Days.”

I’d wanted to see Brandi live for quite some time, and she didn’t disappoint. The entire evening was fantastic from start to finish, with Carlile showing that her talents as a live performer are every bit as great as her skill as a first-class songwriter. Her new album, In These Silent Days, is out Oct. 1. From the material she shared on Saturday night, it’s going to be terrific.

Here are some photos of Brandi Carlile performing at Wolf Trap on Aug. 28, 2021. All photos copyright and courtesy of Marc Shea. 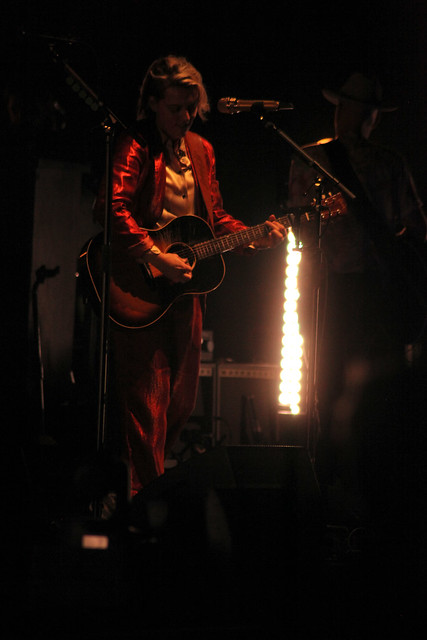 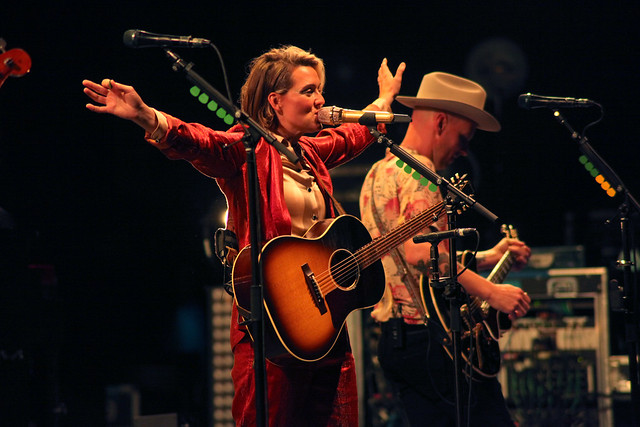 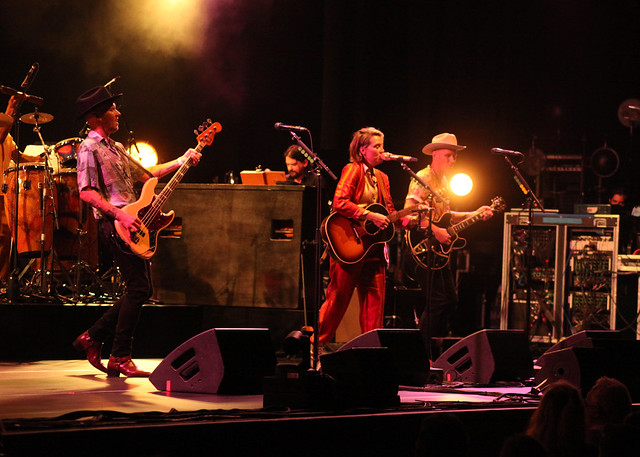 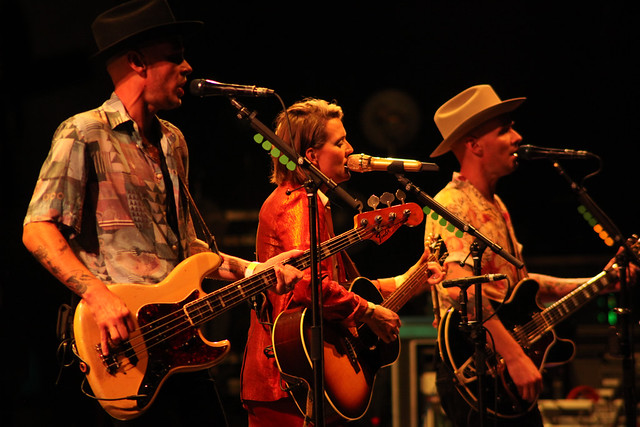 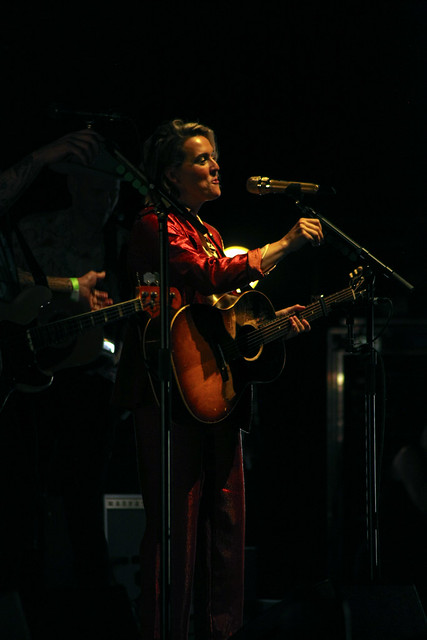 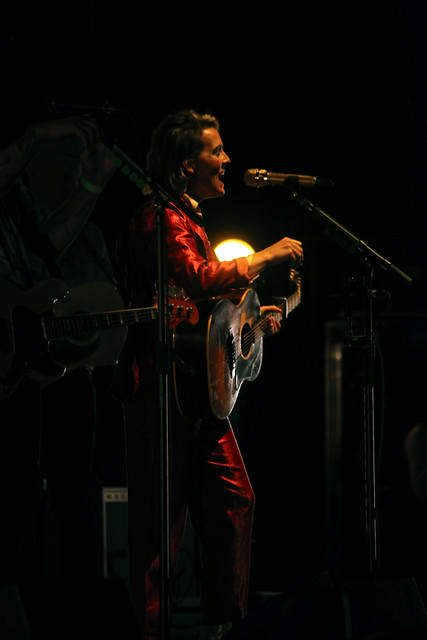 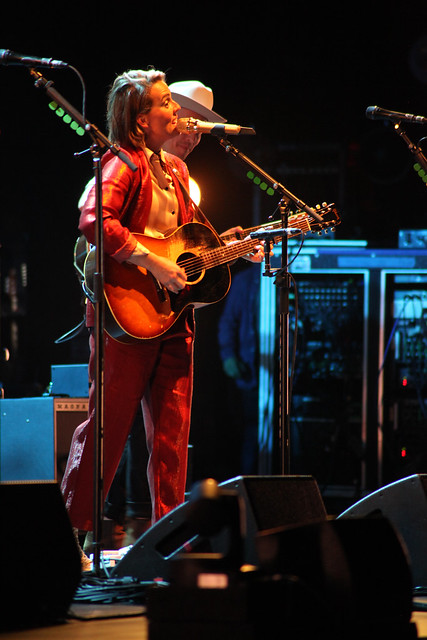 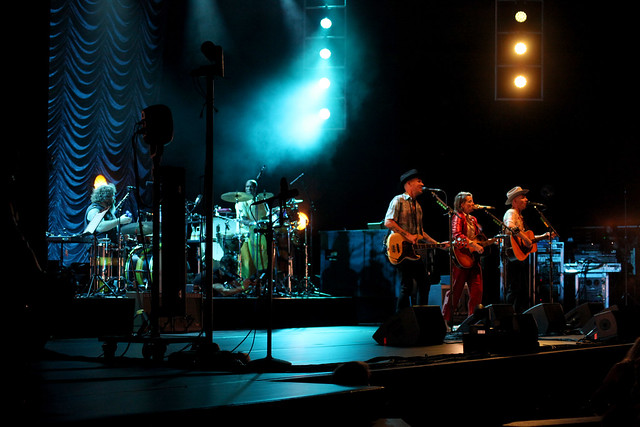 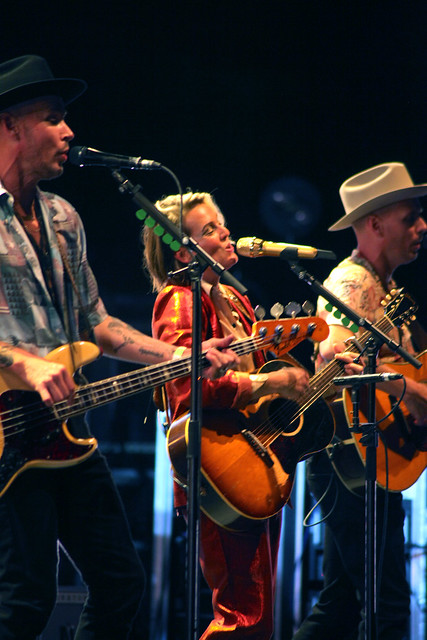 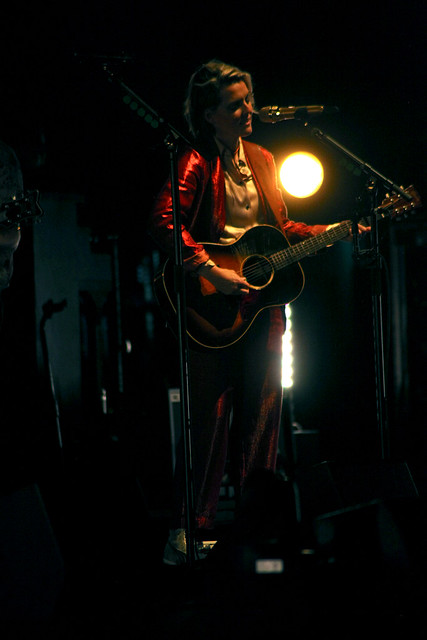 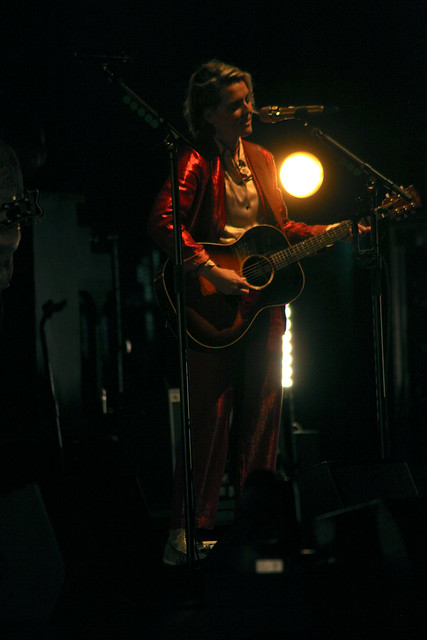 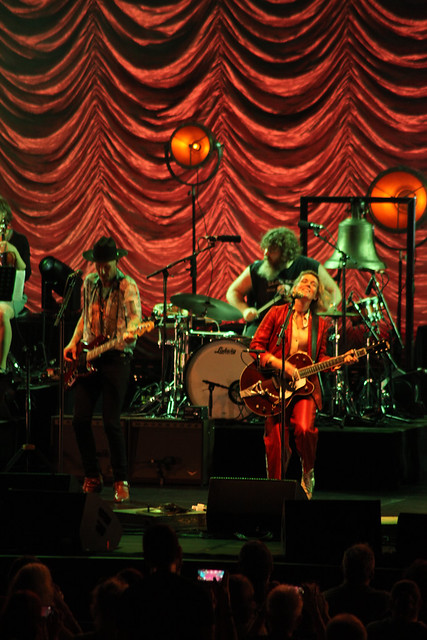 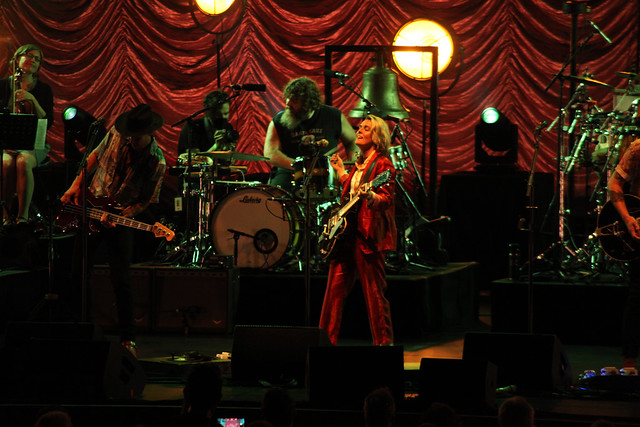 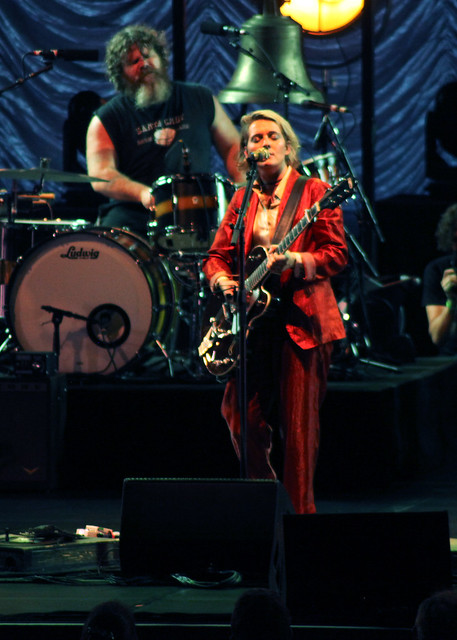 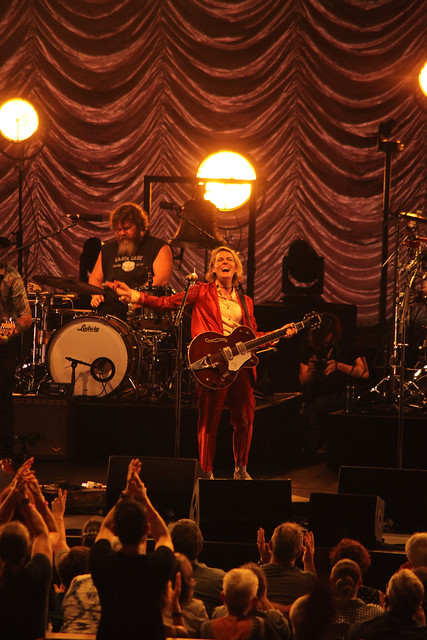 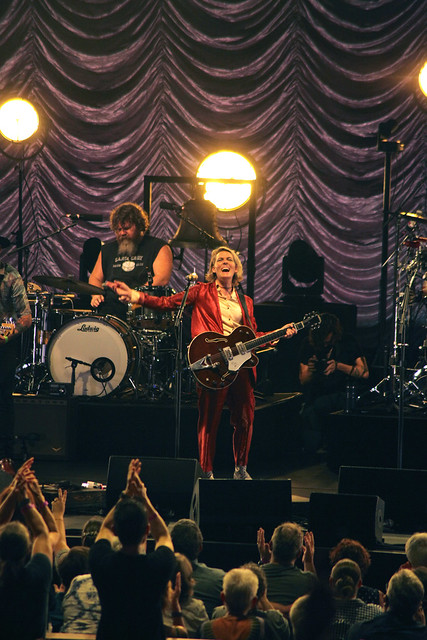 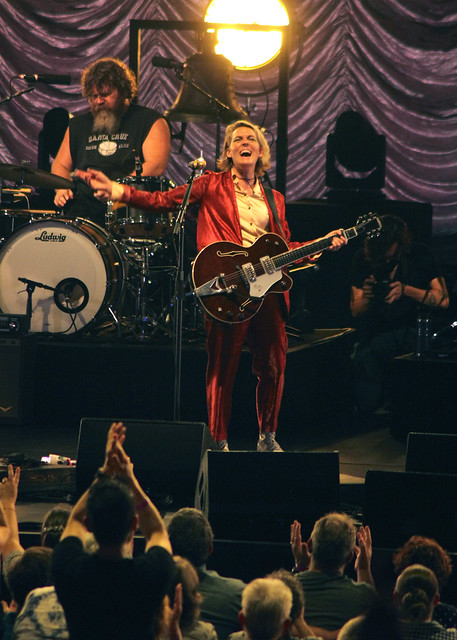 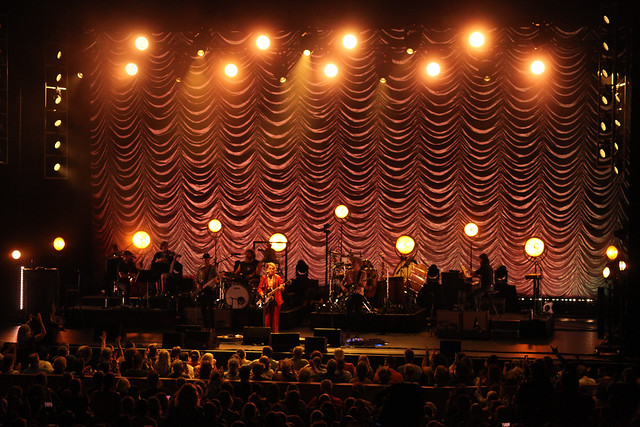 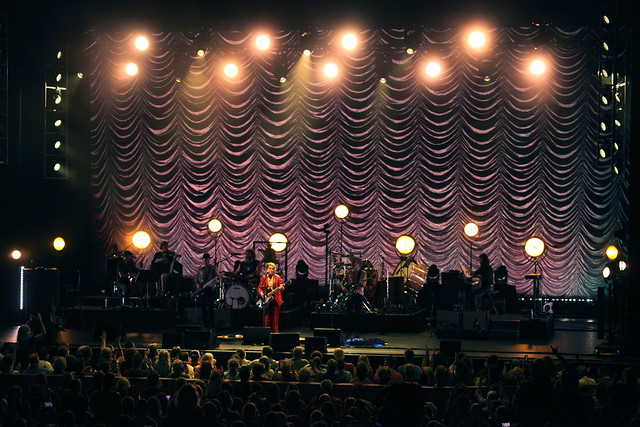 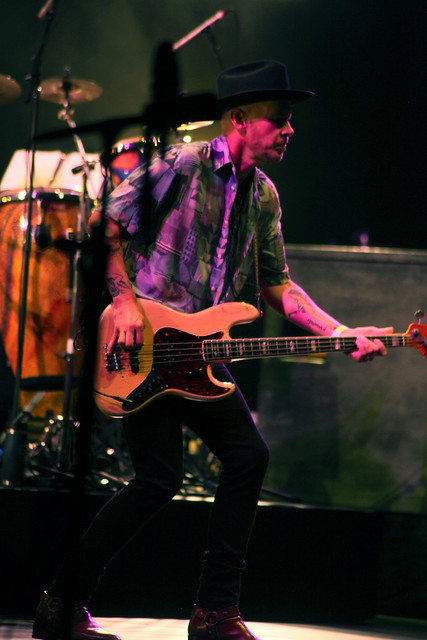 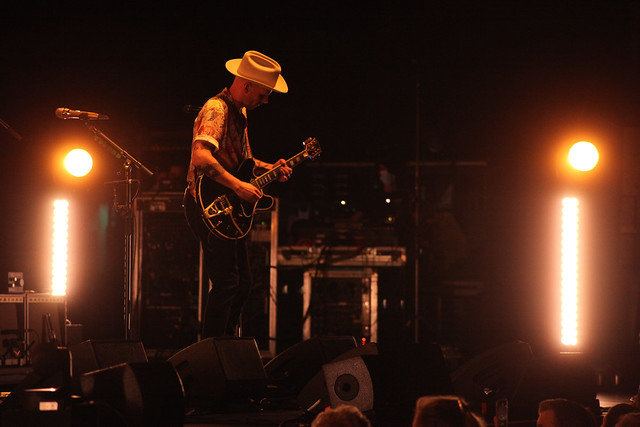