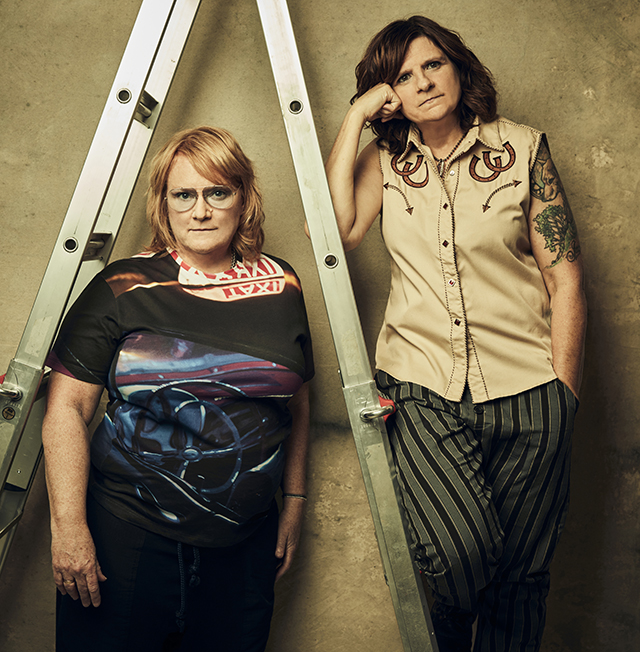 Indigo Girls, “one of the finest folk duos of all time” (NPR), and feminist icon and singer/songwriter Ani DiFranco return with a Grammy-winning blend of female-driven folk, rock, and pop on Wednesday, Sept. 22, at Wolf Trap.

On their 16th studio album, Indigo Girls tell their origin story. Look Long is a stirring and eclectic collection of songs that finds the duo of Amy Ray and Emily Saliers reunited with their strongest backing band to date as they chronicle their personal upbringings with more specificity and focus than they have on any previous song-cycle. “We’re fallible creatures shaped by the physics of life,” Emily said. “We’re shaped by our past; what makes us who we are? And why?”

Produced by John Reynolds (Sinéad O’Connor, Damien Dempsey) and recorded in the countryside outside Bath, England, at Peter Gabriel’s Real World Studios, these 11 songs have a tender, revealing motion to them, as if they’re feeding into a Super 8 film projector, illuminating a darkened living room.

Watch the official music video for “Change My Heart” by Indigo Girls on YouTube:

Ani Di Franco performs in support of her most recent album, Revolutionary Love (Righteous Babe Records). Revolutionary Love is a natural evolution for Di Franco, who has often seen her songs as reflections of not only her personal life but also society at large. With the current divisions and strife in our world, Ani sees “Revolutionary Love” as a vital next step.

Ani said, “It’s about carrying the energy of love and compassion into the center of our social movements and making it the driving force. It’s about finding it within ourselves to stay curious about our opponents instead of shutting down.”

Watch the official music video for “Simultaneously” by Ani DiFranco on YouTube: