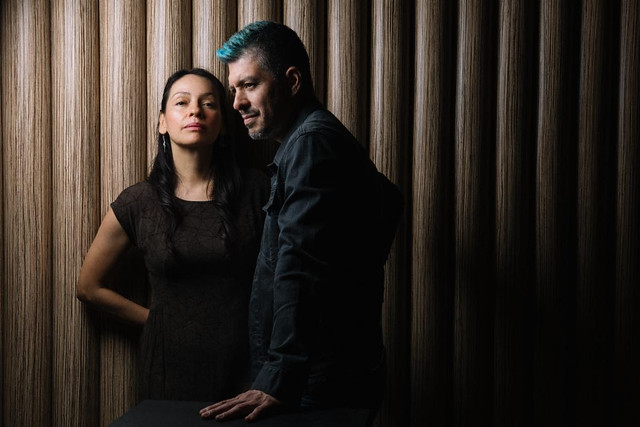 Rodrigo y Gabriela’s first release of the new decade, the JAZZ EP further includes distinctive covers of Argentinian tango master Astor Piazzolla’s “Oblivion” and Kamasi Washington’s “Street Fighter Mas.” The EP was met by acclaim from such outlets as Guitar World who called it “dazzling,” and FLOOD, which hailed JAZZ as “a sonic stage play in three acts. Recreating covers for a trio of songs by three unique groups, the two six-string players have composed a coherent story through the EP’s combination of tunes. If you listen carefully, you may learn something about socio-political dynamics and find a way to embrace diversity for the sake of harmony.”

Watch the official music video for “Street Fighter Has” by Kamasi Washington as covered by Rodrigo y Gabriela on YouTube:

On this tour, Rodrigo y Gabriela also have polled their fans as to what songs they would like to hear during the show. Find the poll online on their website.

Of course, as Wikipedia says, Rodrigo y Gabriela (Rodrigo and Gabriela) are a Mexican acoustic guitar duo whose music is influenced by a number of genres including nuevo flamenco, rock, and heavy metal. The duo’s recordings consist largely of instrumental duets on the flamenco guitar. Currently residing in Mexico City, they began their career in Dublin, Ireland, during an eight-year stay.