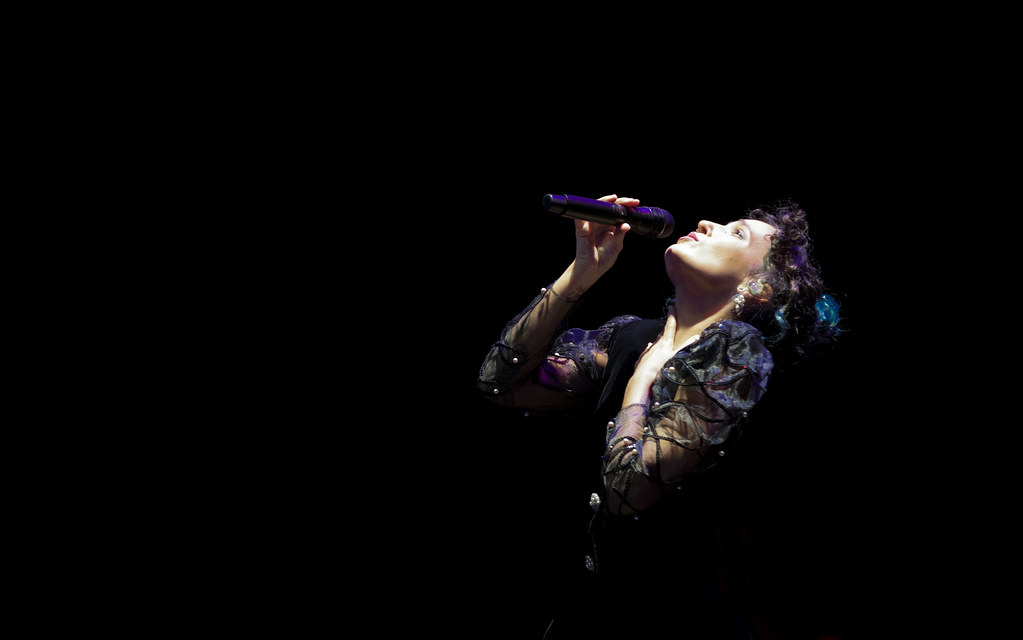 Ileana Mercedes Cabra Joglar, better known as iLe, recently took to the Howard Theatre stage to perform her unique style of Latin American music. The songs were a combination of classic boleros, rhumbas, and percussive bomba rooted in the history of her native Puerto Rico. Over a century ago, The Howard Theatre was billed as the “theatre of the people.” On Oct. 1, the Boricua singer-songwriter honored that credo.

The night began with the triumphant “Contra Todo (Against Everything).” A heart-thumping anthem for those seeking inner strength. The song appears on iLe’s 2019 sophomore album, “Almadura (hard soul),” which her Spotify bio describes as “filled with emotion, calls to action, and militancy…”

Don’t let her slight frame and shy smile fool you. iLe is a powerful vocalist who has roared against government corruption. In 2019, she was on the front lines protesting for the resignation of disgraced Puerto Rican Governor Ricardo Antonio Rosselló. Her performance of “Desde Aquí” was a testament to the spirit of dissent. “Demostráremos sin pena (we will demonstrate without regret)…,” iLe sang.

Puerto Rico has a storied history of channeling political and spiritual expression through music. Bomba is a style that originates from enslaved 17th century Africans. A medium intended to spark rebellions. iLe’s impassioned performance of the electro-bomba song, “Odio (Hate),” embodied the anger and sadness of that tradition.

In the Joglar household, music, protest, and politics are intertwined. Her great uncle, Gilberto Concepción de Gracia, was the founder of the Puerto Rican Independence Party. iLe began her music career as a teenager, singing vocals for her brothers, the multi-Grammy award-winning Latin Urban duo Calle 13.

During the show, iLe performed “Quien Eres Tu (Who Are You),” a song that was written by her grandmother, Flor Amelia de Gracia. She also sang the sucrose sweet lullaby-like “Extraña de Querer,” which was penned by her sister, Milena Pérez Joglar. Both songs are off her Grammy award-winning debut album, “iLevitable” (2016). 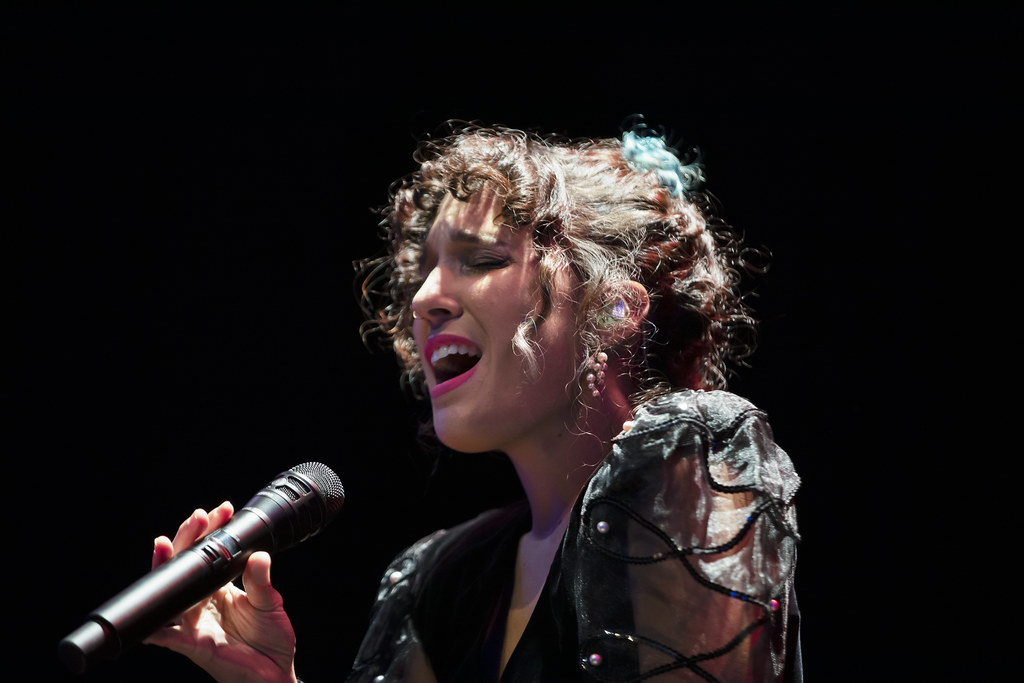 In Latin America, a curandera is a healer. A medicine woman whose life is dedicated to alleviating ailments of the mind, body, and soul. On this night, iLe’s performance of “La Curandera,” was the remedy for clumsy feet. The audience skillfully danced and whirled to the percussion-heavy Afro-Caribbean song.

iLe and her band briefly stepped off the stage to chants of “otra, otra, otra!” Spanish for another. They returned to perform, “Te Quiero Con Bugalú (I love you with Bugalú).” A nostalgic tune borrowing from a Latin dance genre that was popular in the ‘60s, bugalú.

Here are some photos of iLe performing at the Howard Theatre on Oct. 1, 2021. All photos copyright and courtesy of Will Colbert. 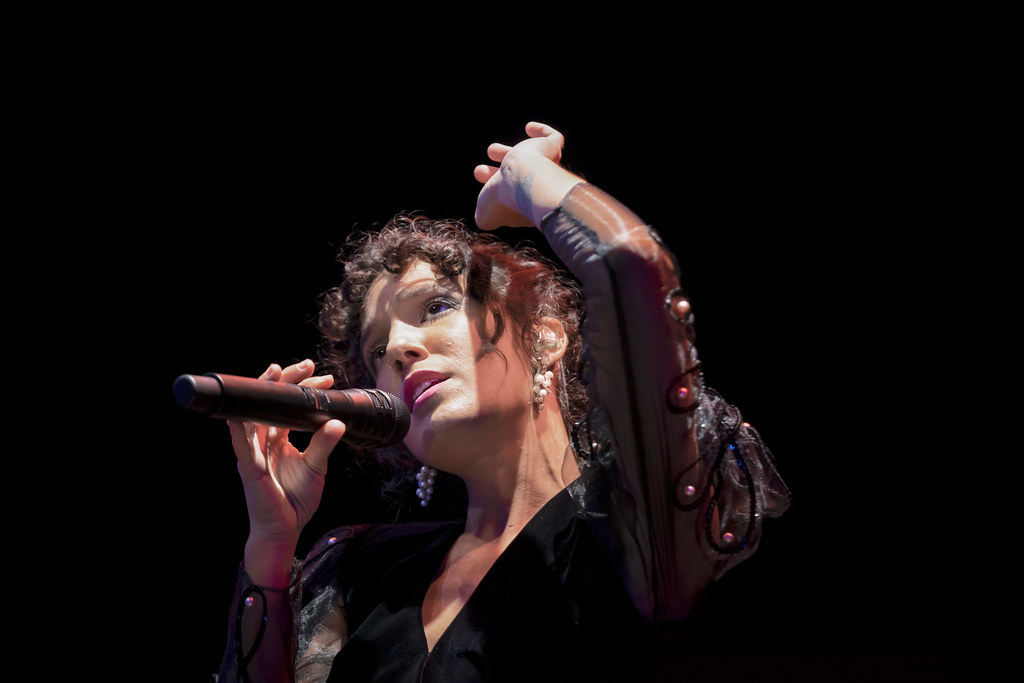 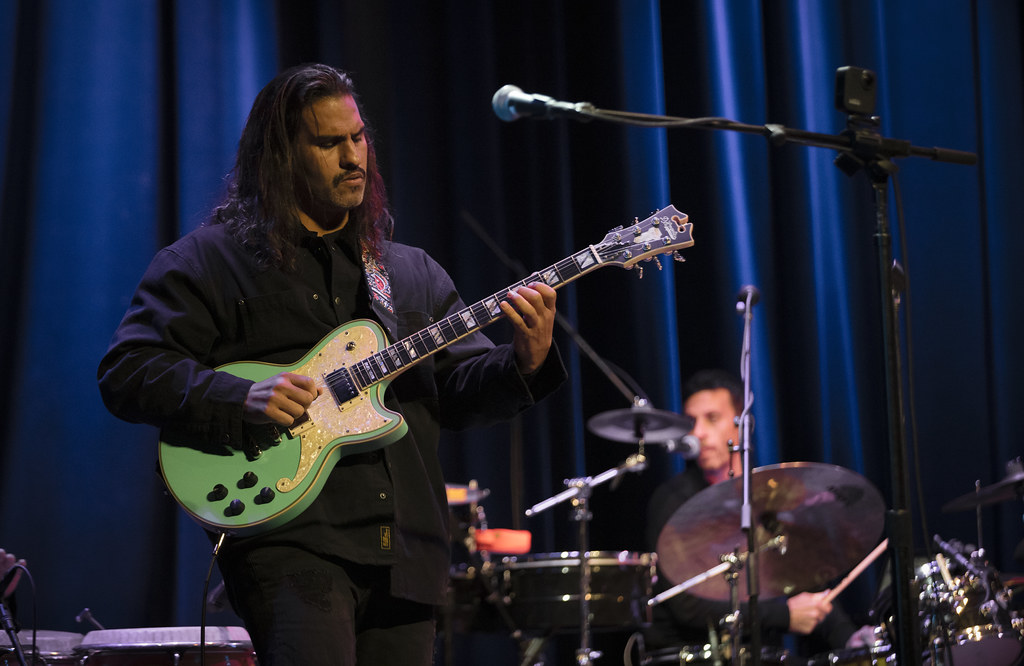 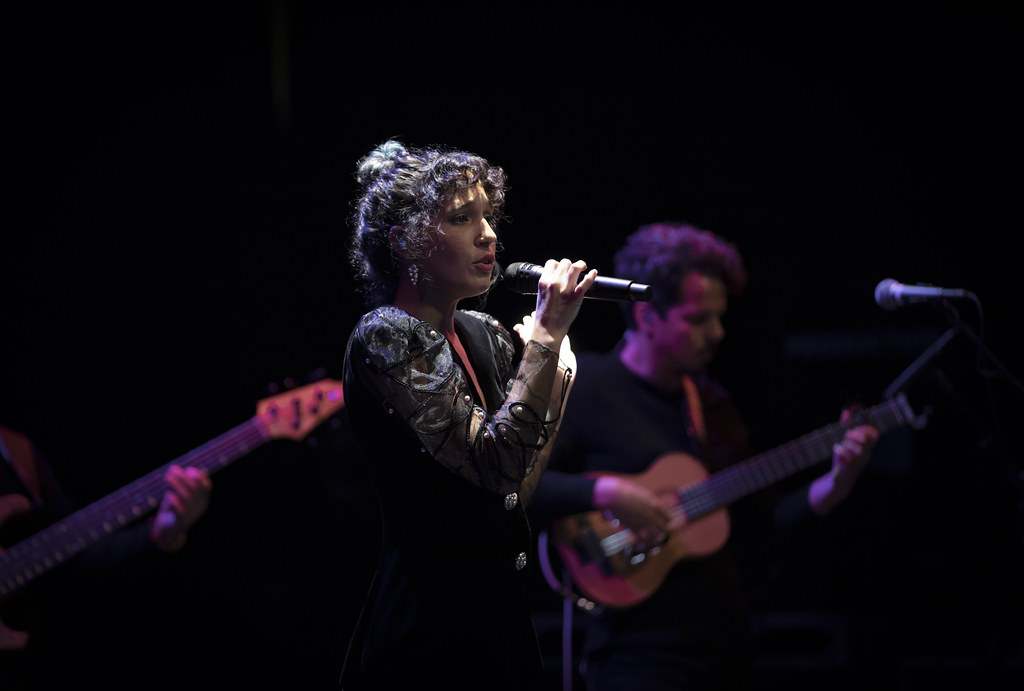 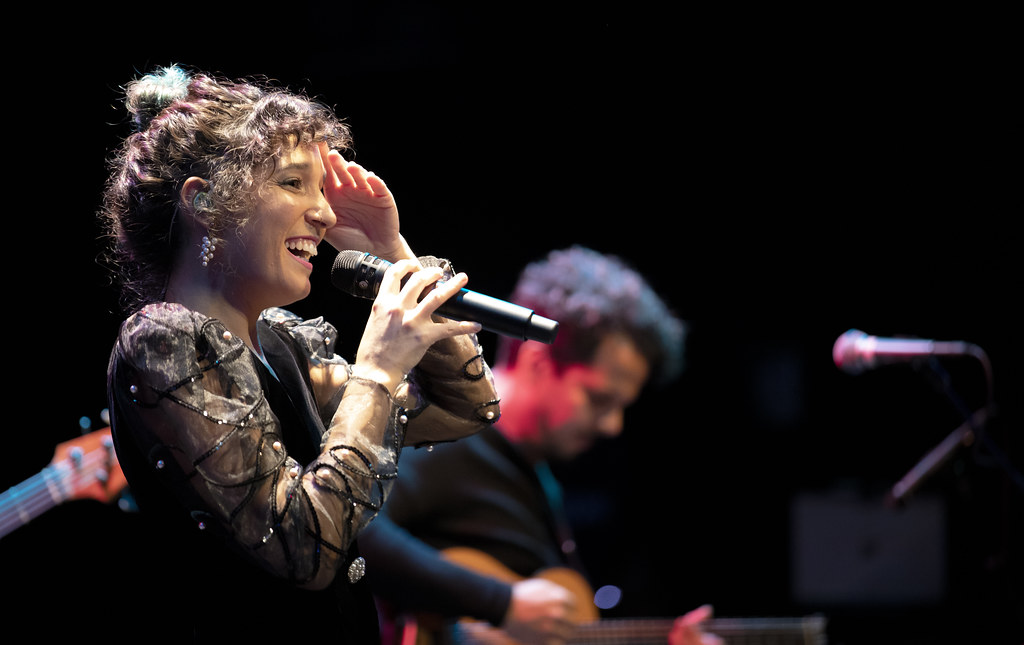 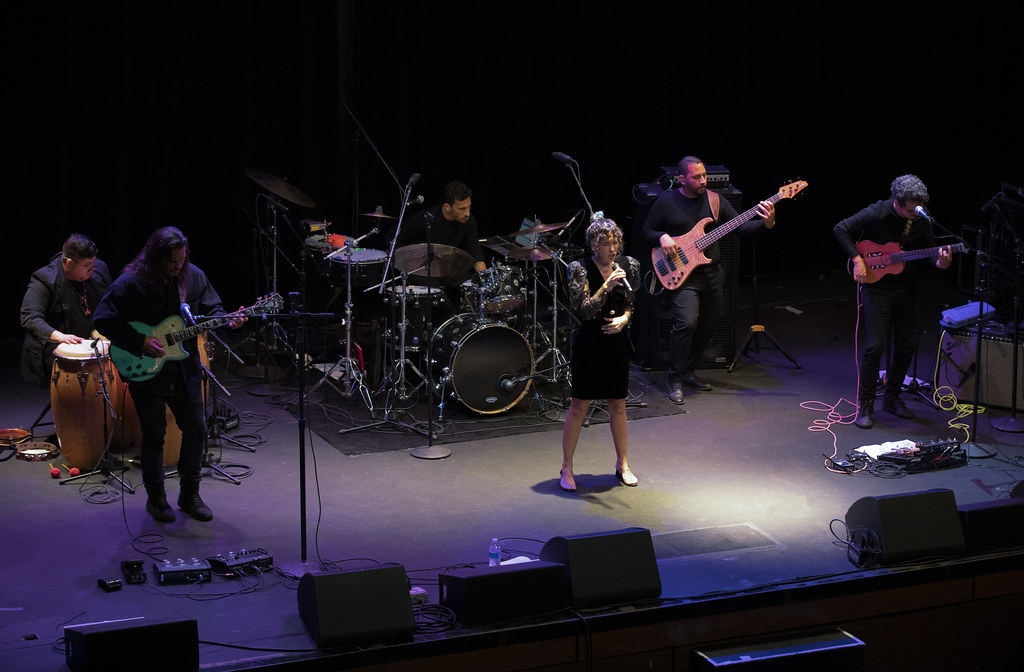 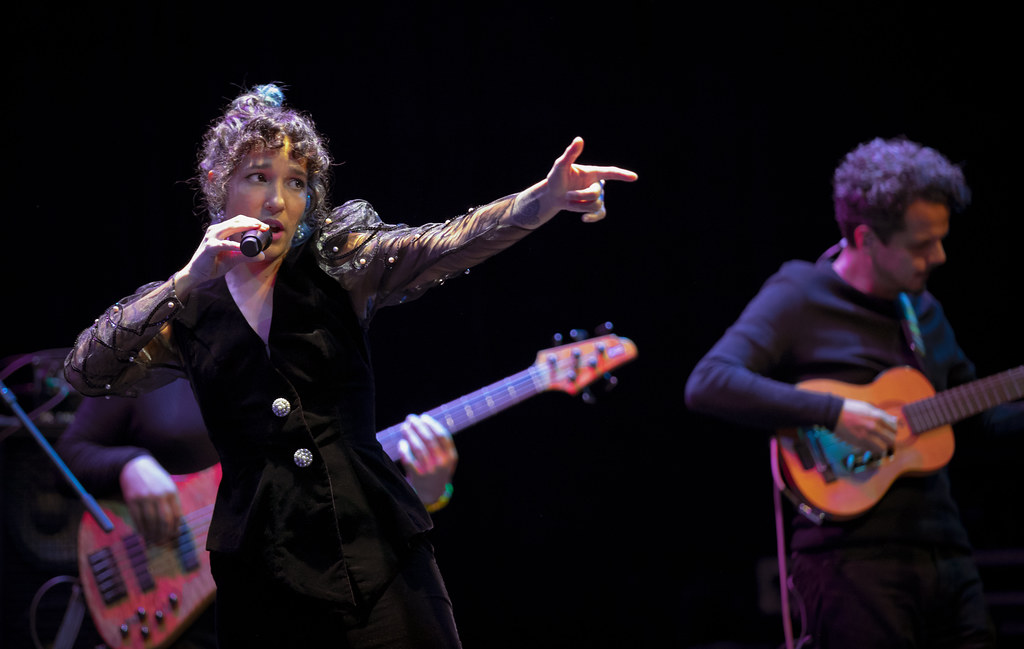 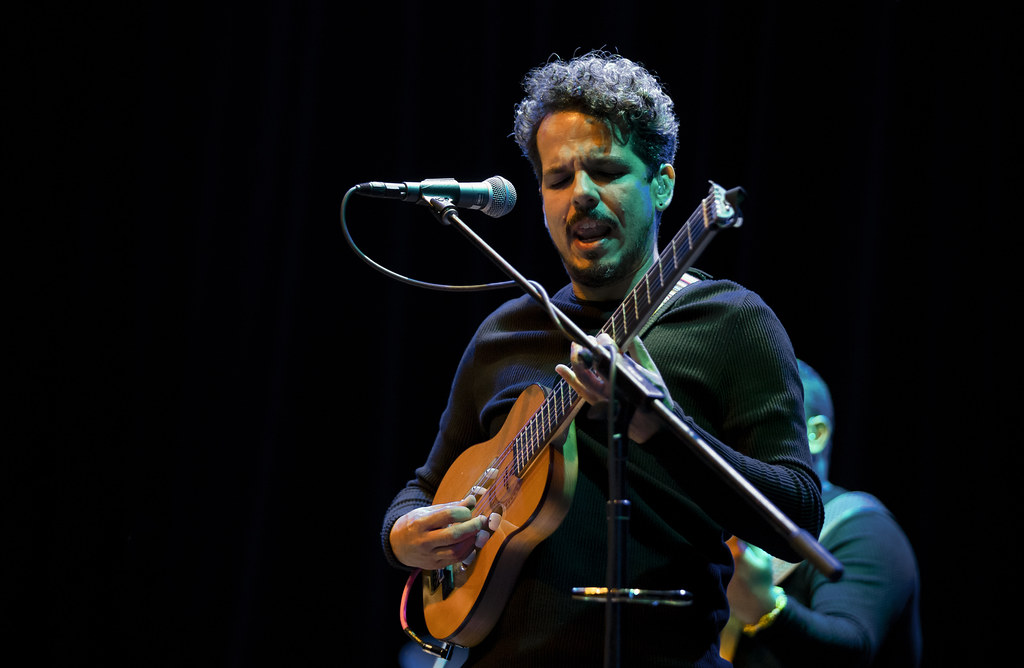 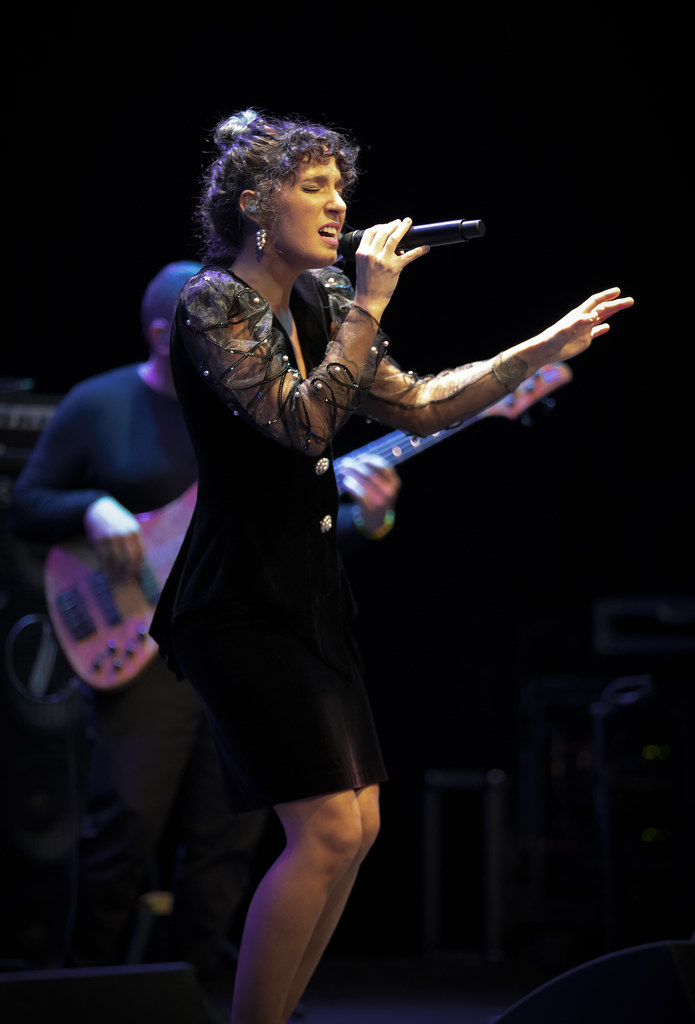 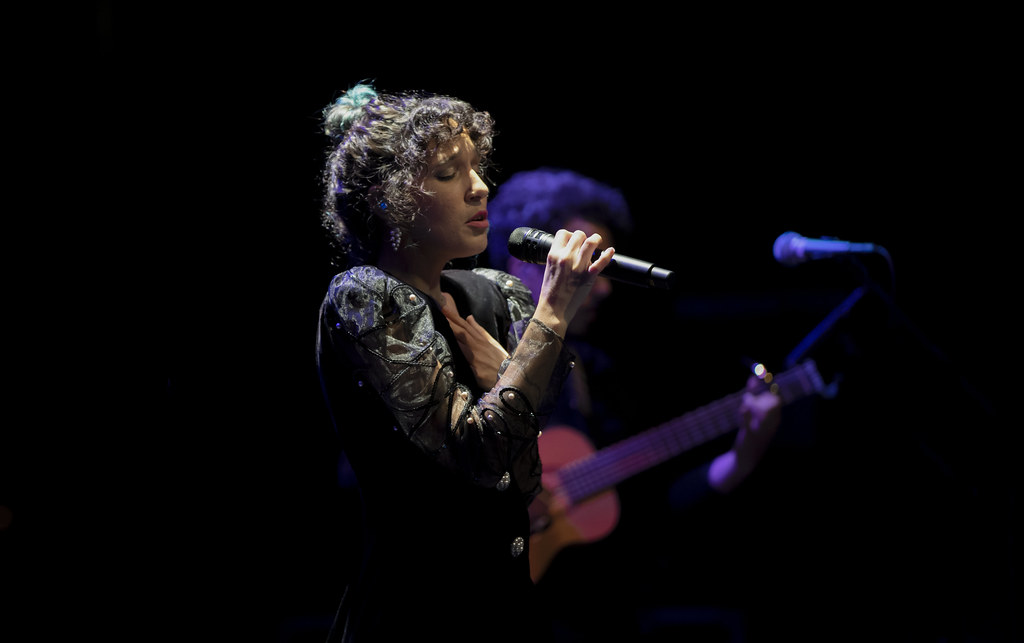 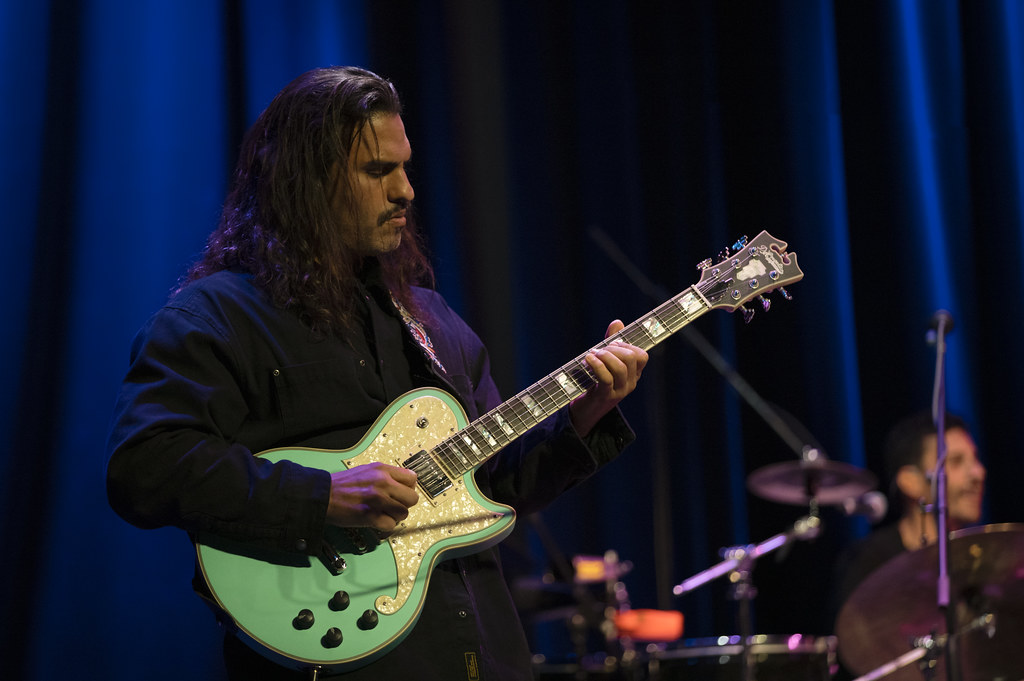 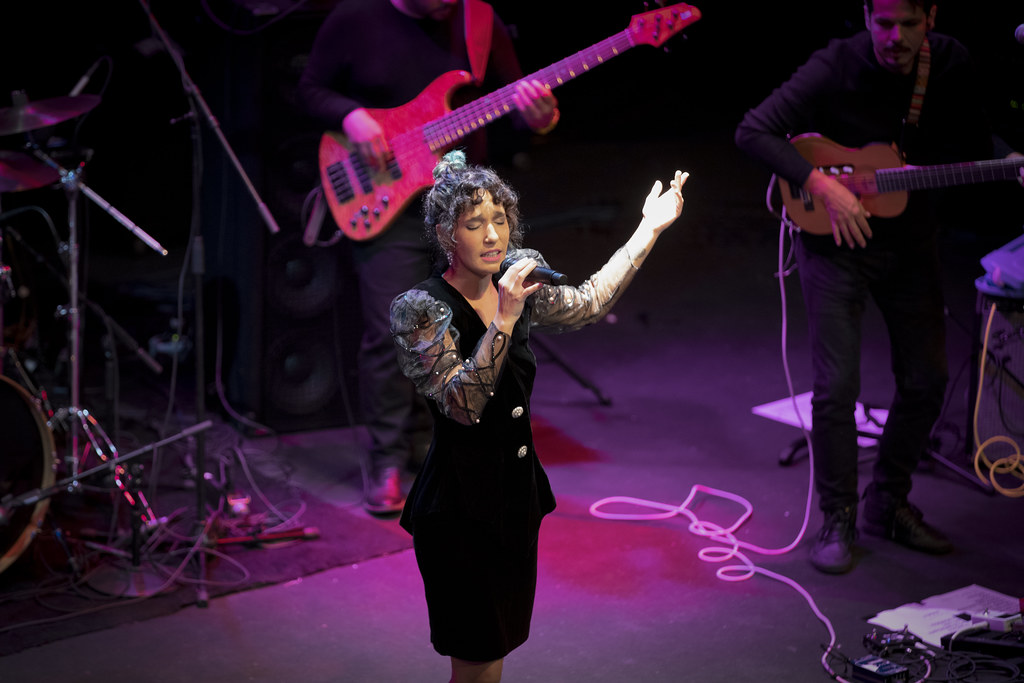 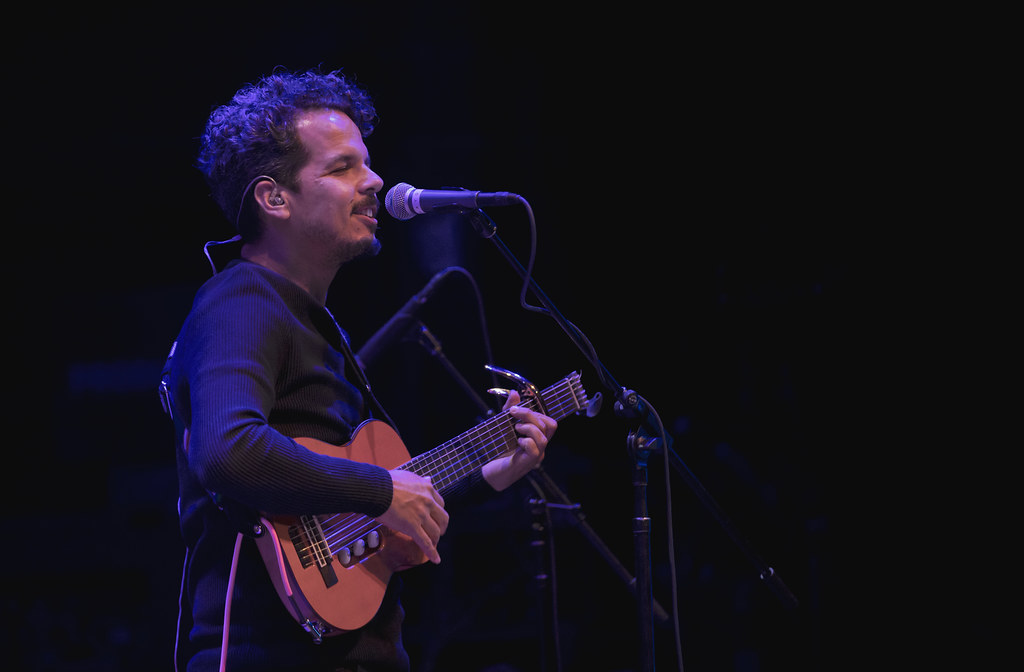 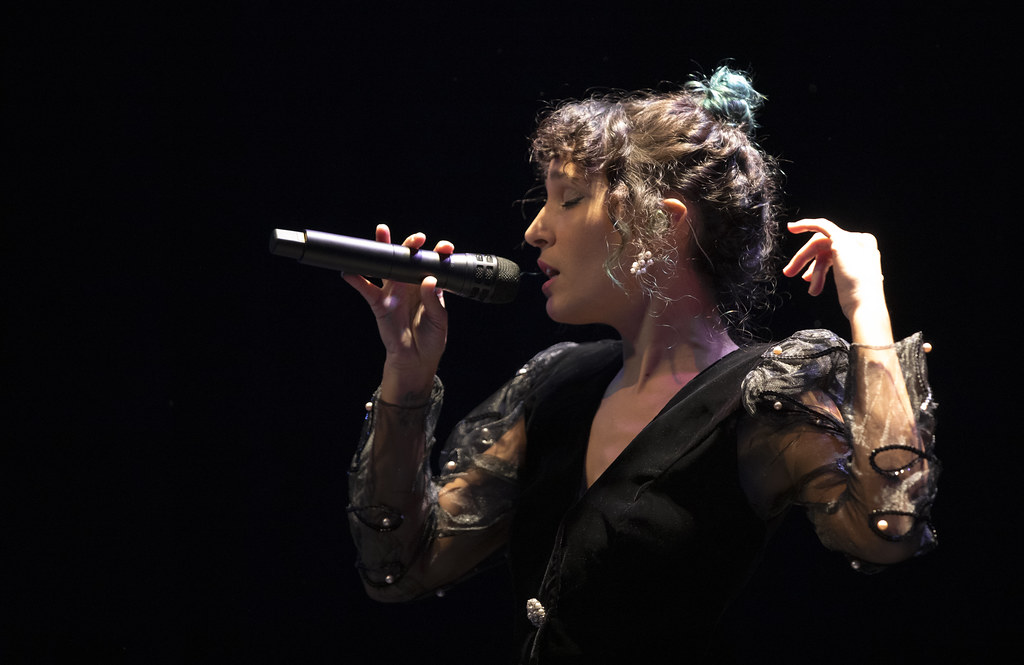 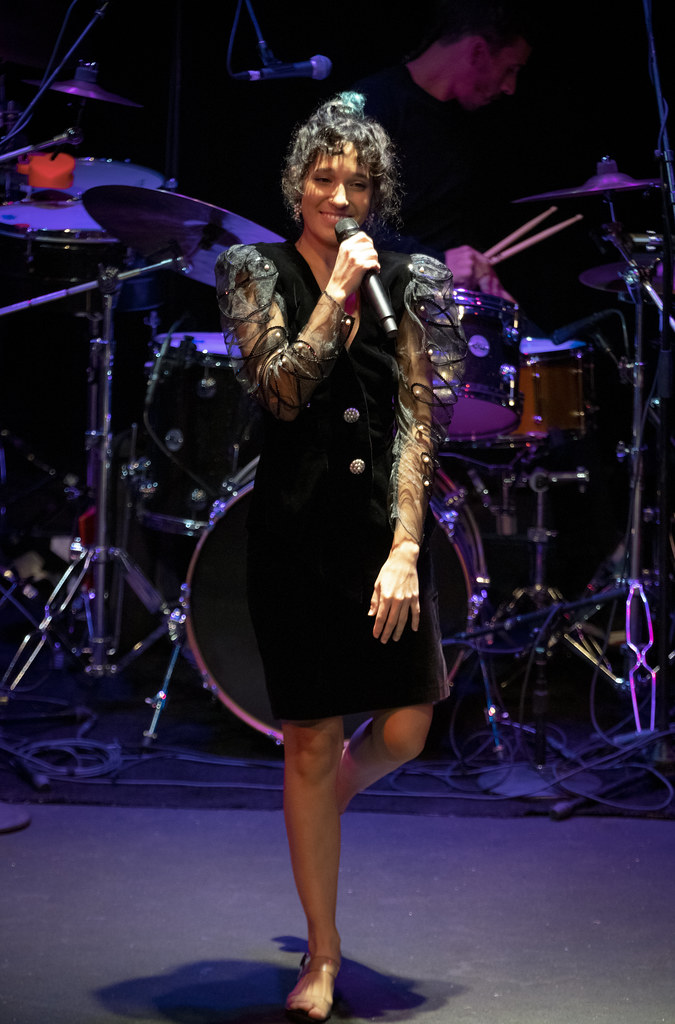 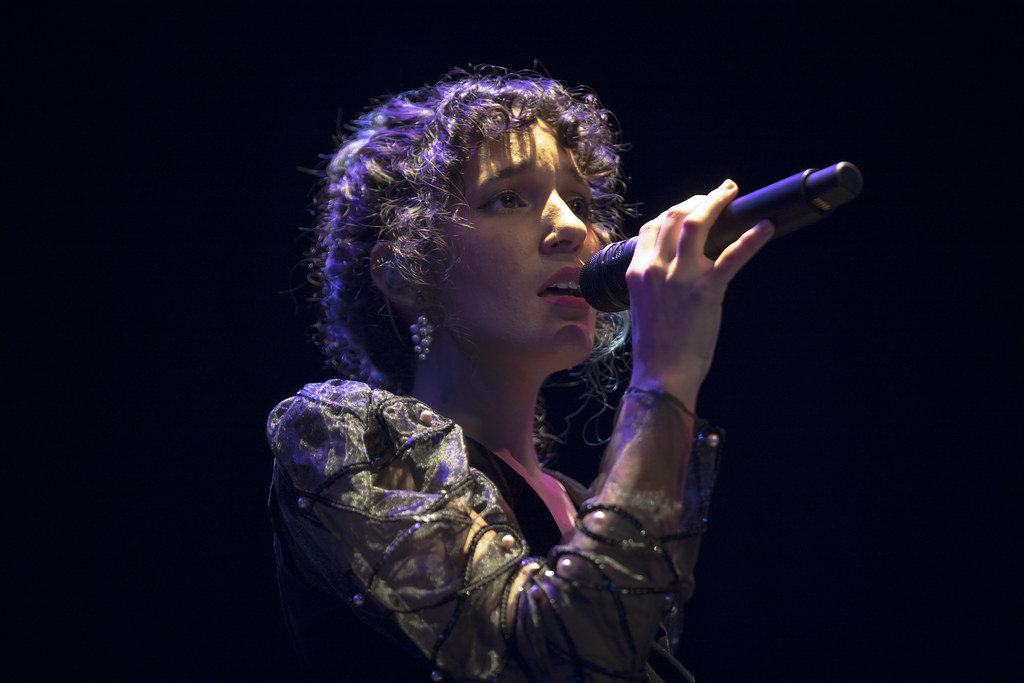