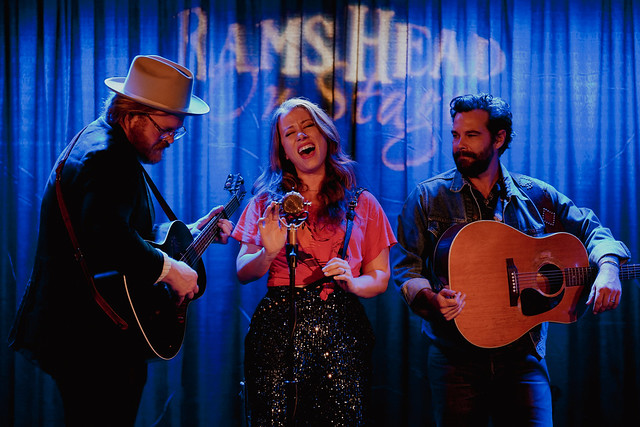 More specifically, Zach Williams — the lead singer and songwriter of the vocal/string group — took to keeping a journal when his wife, Stacy, suffered an unthinkable accident, temporarily paralyzed due to a horseback riding accident. His relief morphed into writing songs, learning the guitar, and eventually the foundation for what would become The Lone Below. Fast-forward to New York City, where he and his wife moved a few years later, and to a random session at a diner, where Zach had invited his friend and guitarist Brian Elmquist and singer Kanene Pipkin — and the group essentially took off from there.

In the time since, The Lone Bellow released four albums — its first, the 2013 self-titled LP, reached No. 64 on the Billboard 200 — and has been invited to play major gigs, like the Newport Folk Festival, while staying true to the same courageous, soul-searching perspective that brought the group to life by way of Zach’s — and Stacy’s — incredible story.

Stream The Lone Bellow’s 2020 album Half Moon Light via Spotify:

In Annapolis on Oct. 3, playing to a packed Rams Head on a bustling West Street during the middle of the First Sunday Arts Festival, Zach, Brian, and Kanene most certainly moved and maybe even stunned everyone in the room with a blend of brazenly emotional lyrics and a soothing, exhilarating meld of strings that has helped lump this group into many a different genre — even country — but yet really creates a sound without too many peers.

The trio put their hearts into a set that pulled from all The Lone Bellow studio albums, including a crisp take on “To The Woods” from 2015’s Then Came The Morning. The subtleties in their play fascinating from the start, Zach, Brian and Kanene pulled the crowd in not just with their welcoming voices, but their approachable character, friendly sway and playful, even affectionate eye contact with one another.

Watch the official video for The Lone Bellow’s 2020 release “Count On Me” on YouTube:

“Count On Me,” from the 2020 album Half Moon Light, was one of the early standouts of the afternoon, giving the trio a chance to harmonize and, with enlightened encouragement, therapize the agreeable audience with simple, yet sage advice: “Let it break you, let it help you lay down what you held on to.”

Utilizing the elegant, absorbing vocal abilities of Pipken, the track “Lovely In Blue” felt specifically designed to let her showcase that glorious, alluring tone as she rotated to the center position behind the old-time condensor microphone and raised her volume to assert control of the place. A dynamic presence and talented multi-instrumentalist, she’d swap out what looked like an antique mandolin and a resophonic guitar throughout the day.

Zach, who has recently offered new music as a solo artist, is a brave, magnetic singer — passionate and even explosive at times to implore his songs with urgency and authenticity. He opened up as a songwriter about the challenges of the past couple years.

“We put an album out, about two weeks before COVID — part of our strategy,” he cracked before expressing gratitude for the moment and opportunity, pointing out that there were numerous members of the band’s family on hand.

“It’s such an honor to be singing these songs now especially because they have a new definition to us, because of the whole human situation we have here,” Zach said.

He asked if he and his mates could perform a new song, explaining that he’d written it the night the music world learned it was likely losing the great John Prine, wringing cries of grief from some at their tables.

Called “Homesick Regrets,” the track didn’t hold back in offering, maybe more so pushing, motivation: “If you’ve got regrets, you probably got something to check off your list.” This was followed by a heavenly cover of Prine’s “Angels From Montgomery” that surely would have made the legendary man himself smile.

Brian, often dressing the band’s sound with ambience delivered with nuance from just beyond Zach’s right shoulder, worked his way to the center for different sections of songs, taking over with precise picking that he proudly put close to the mic, a sophisticated musician with a sharp presentation.

The bearded righty was arguably at his best during tracks like “Enemies” and “I Can See You Dancing,” and later provided some of the most celebratory moments of the afternoon in the tracks “Georgia Wheel, “August,” and “Good Times,” even showing off his voice as he stepped up to take full lead.

Later in the set, “Power Over Me,” from the 2018 7-song release The Restless, was as defenseless, as honest a song as anyone could ever perform, all three voices glowing in synch, crooning words that anyone with a damaged heart could understand: “You have a power over me, that I never, never meant to give you.”

Watch The Lone Bellow perform at Paste Studios back in early 2020 on YouTube:

Closing out the set with the popular hit from their first album, “Green Eyes and a Heart of Gold,” The Lone Bellow captured in what might have been the perfect sized venue their distinguishable, irrefutable sounds that seem to echo from the time in Zach’s life when he was presumably at his lowest and most in need of hope.

Even though those days are in the past for him and his family, Zach continues to do with his music what he set out to do: lift people up.

And using a double-song encore at Rams Head, he, Brian and Kanene served up a breathtaking, raw performance of “Watch Over Us” from Then Came the Morning, before Zach bid a remedial farewell through an unadorned “May You Be Well,” looking the crowd straight in the eye to ensure his words were taken to heart.

Encore:
Watch
May You Be Well

Here are images of the Lone Bellow performing the matinee show at Rams Head On Stage in Annapolis the afternoon of Oct. 3, 2021. All photos copyright and courtesy of Casey Vock. 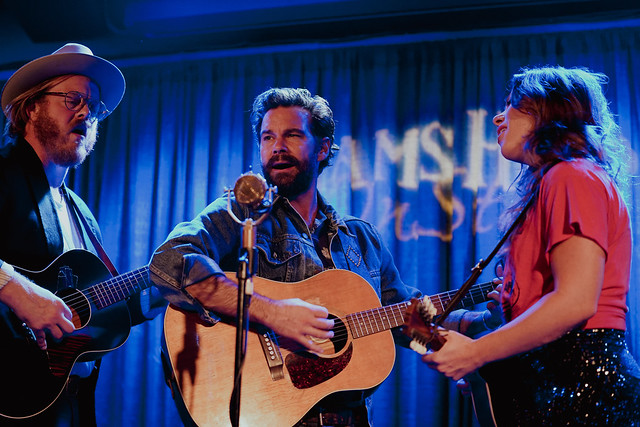 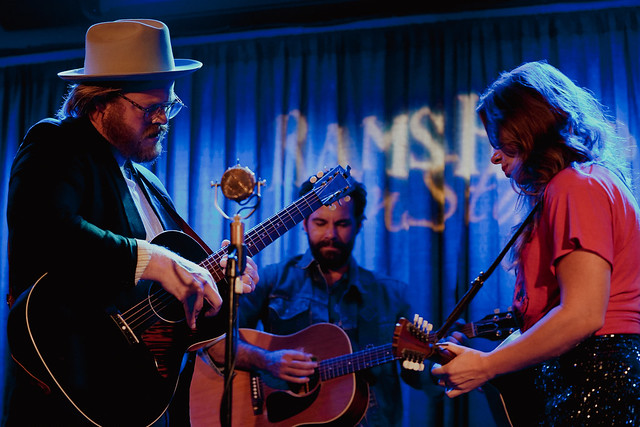 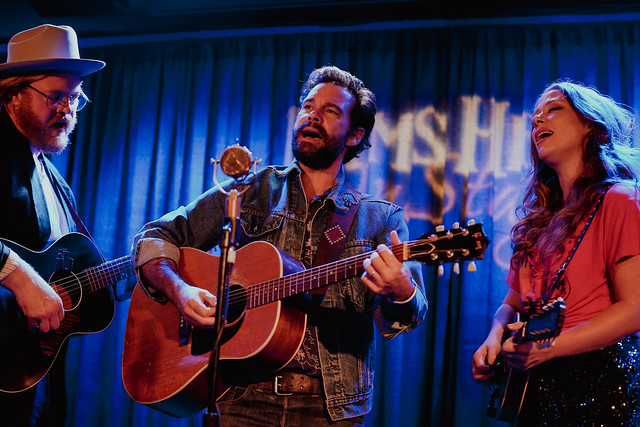 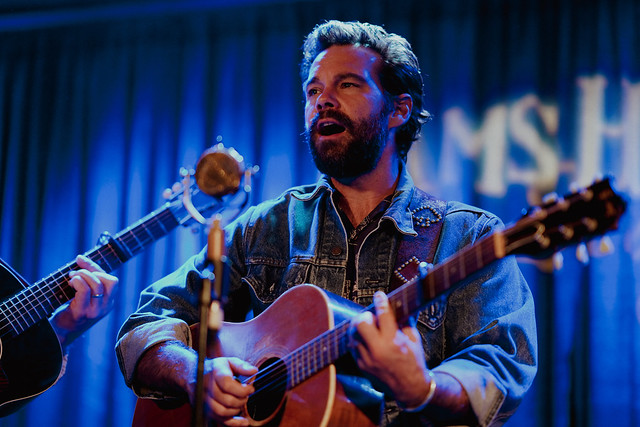 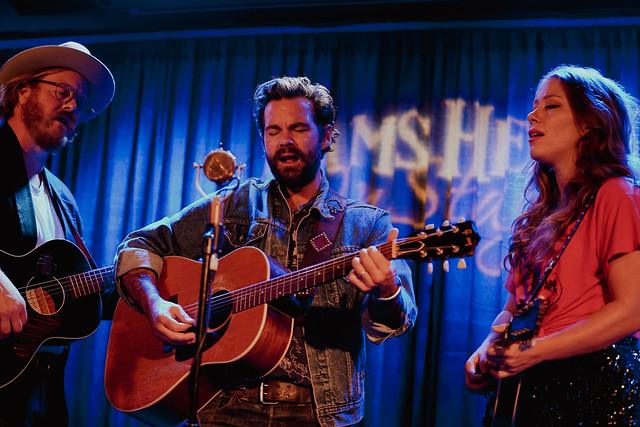 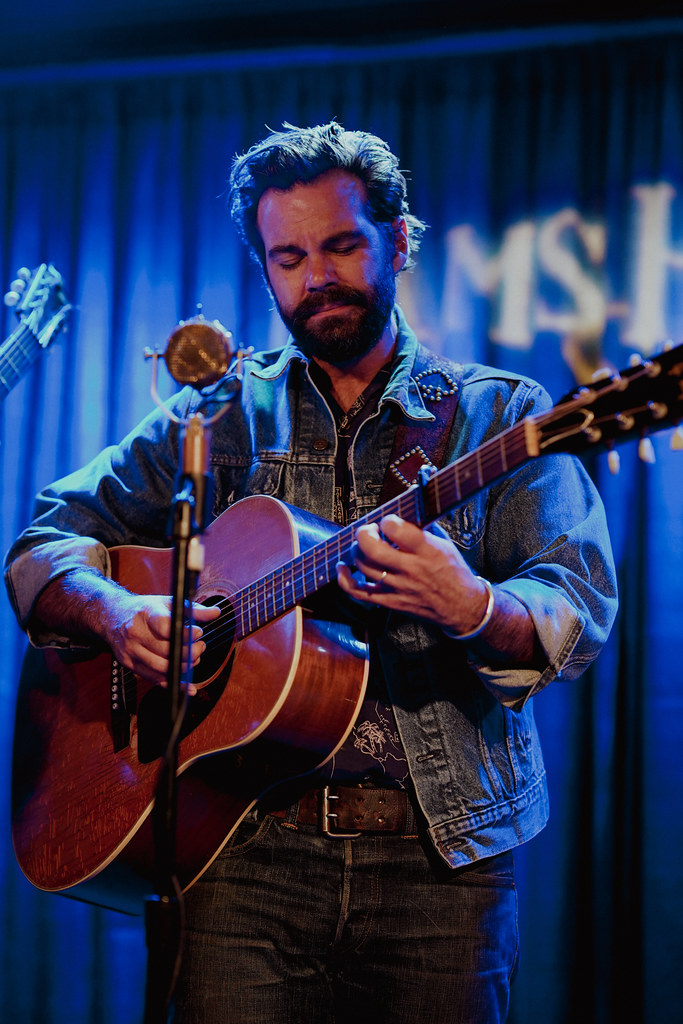 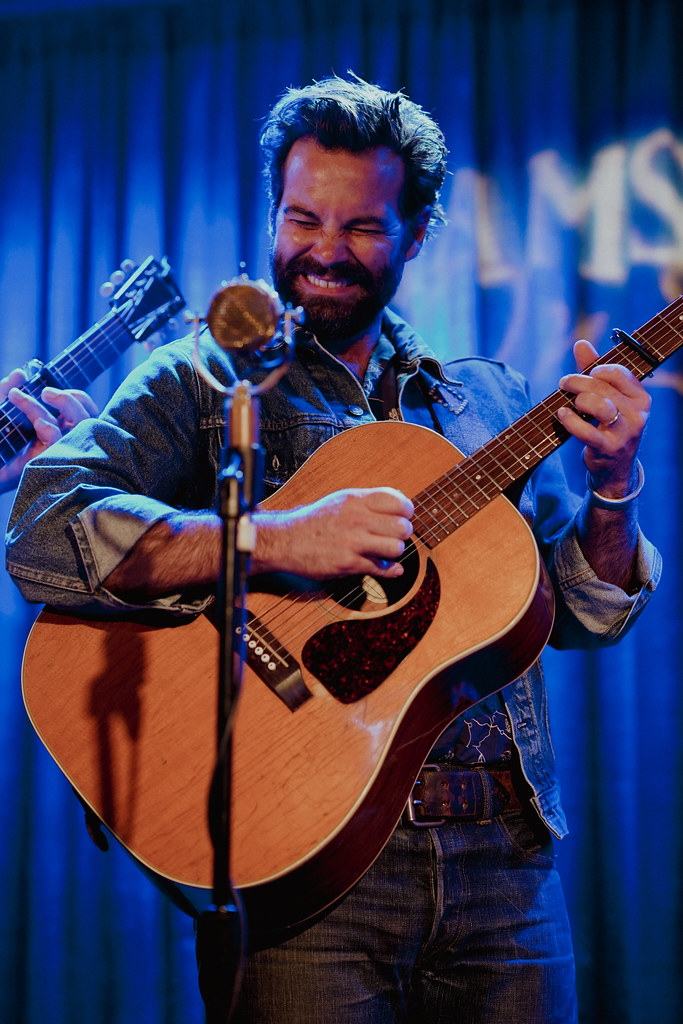 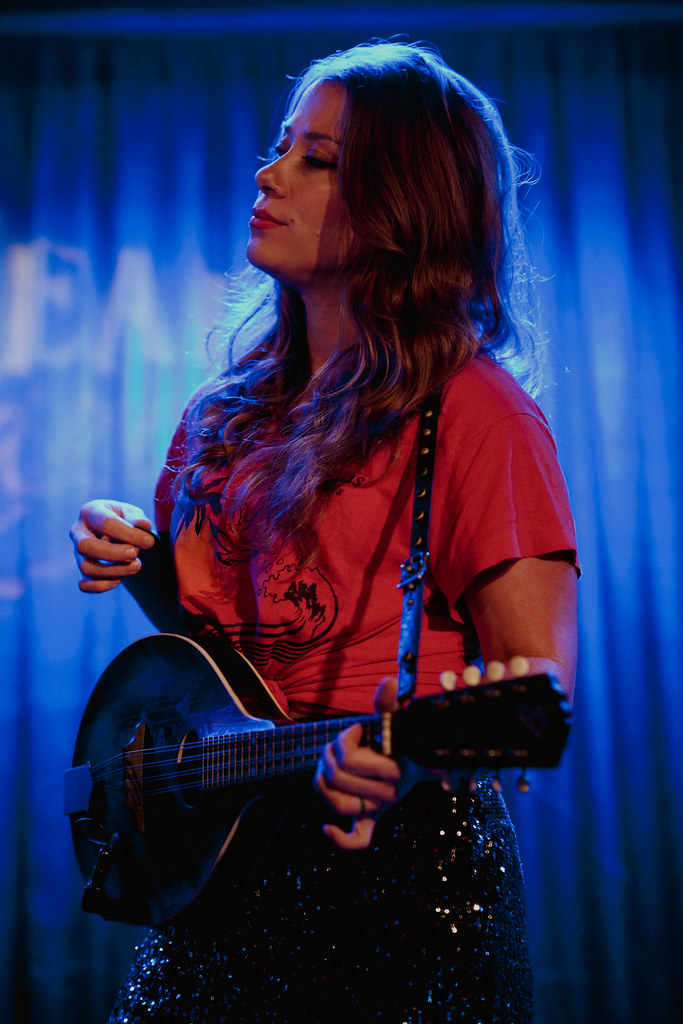 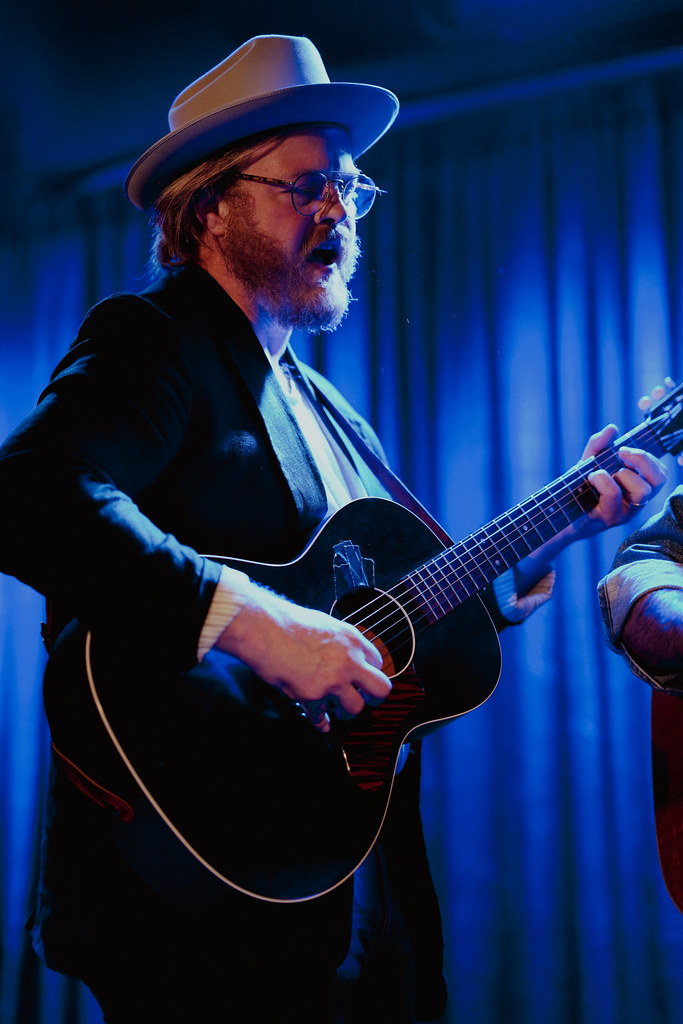 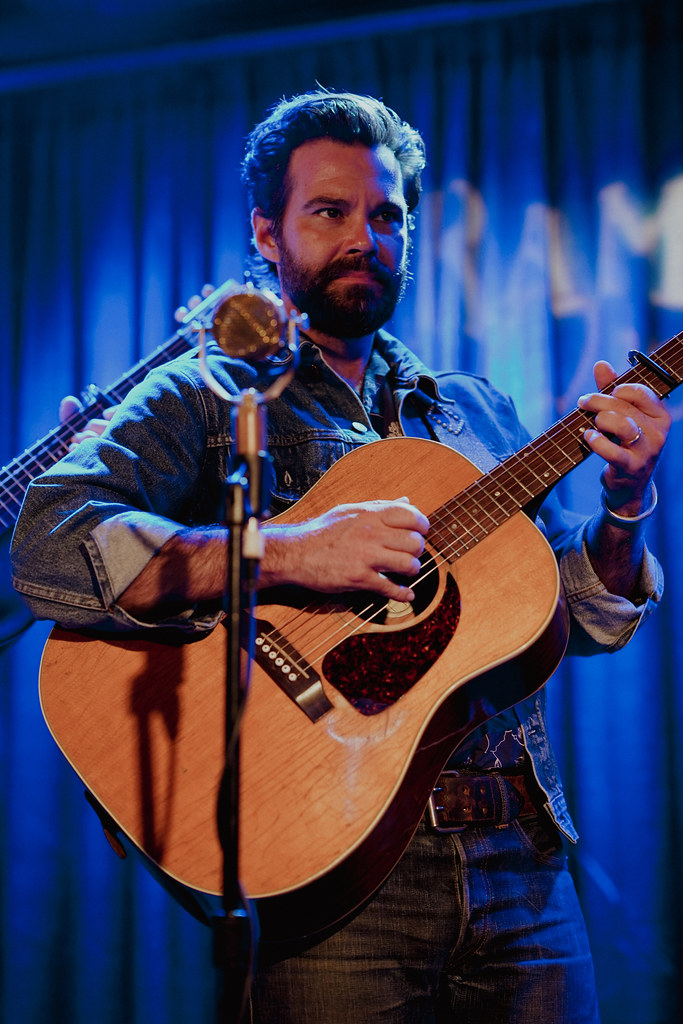 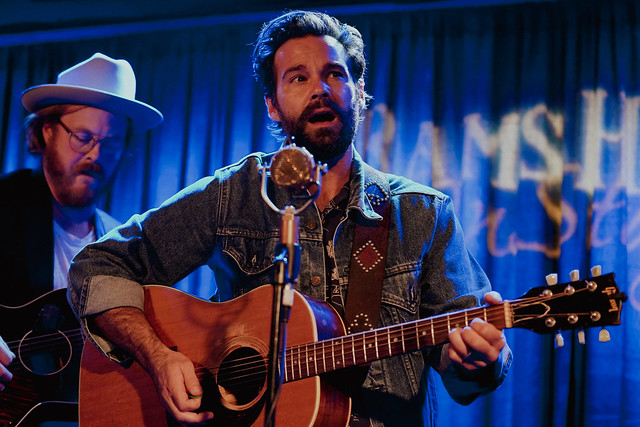 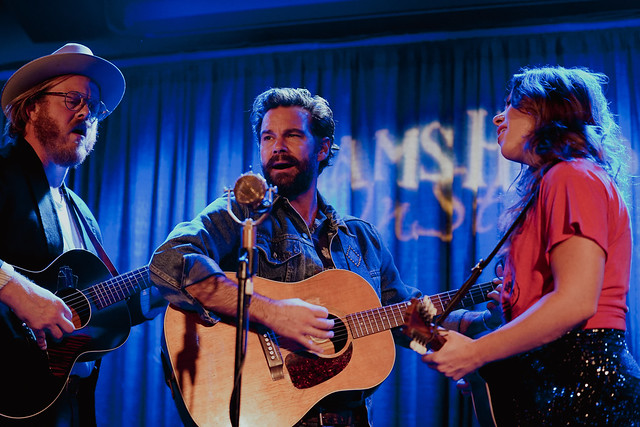 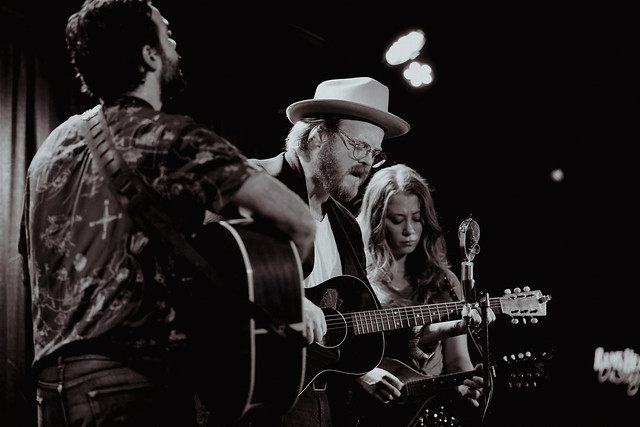 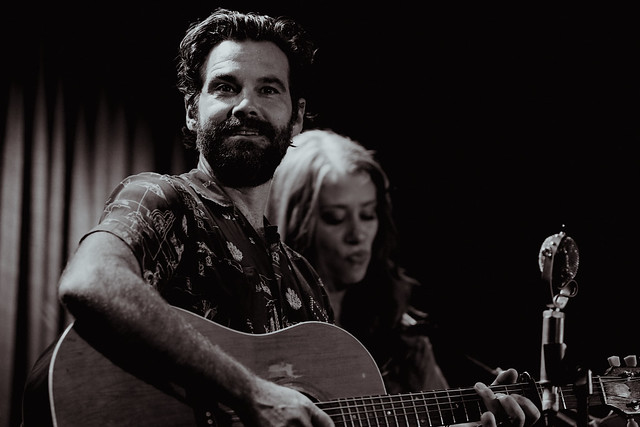 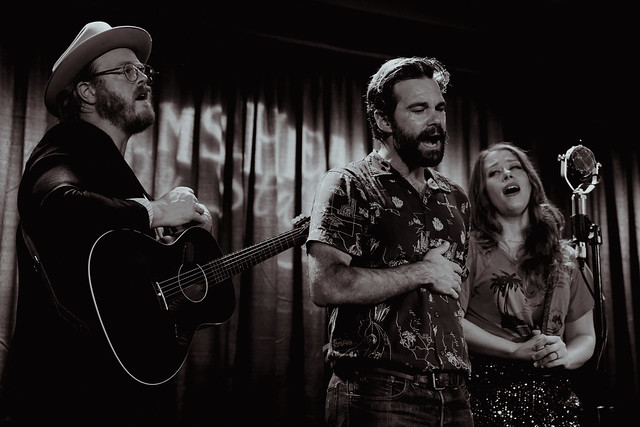 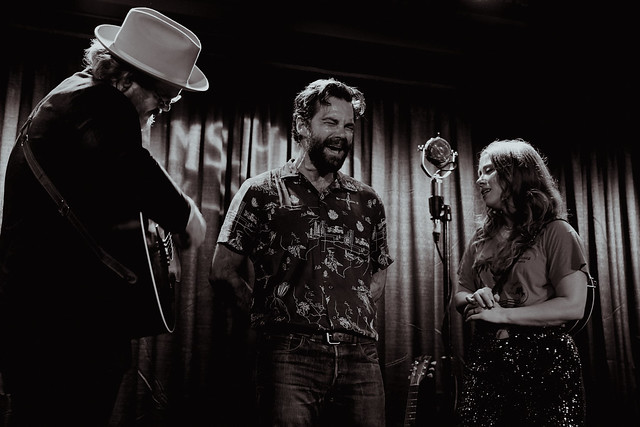 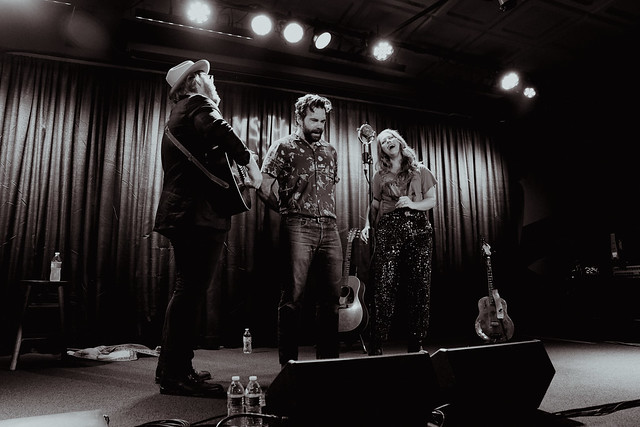 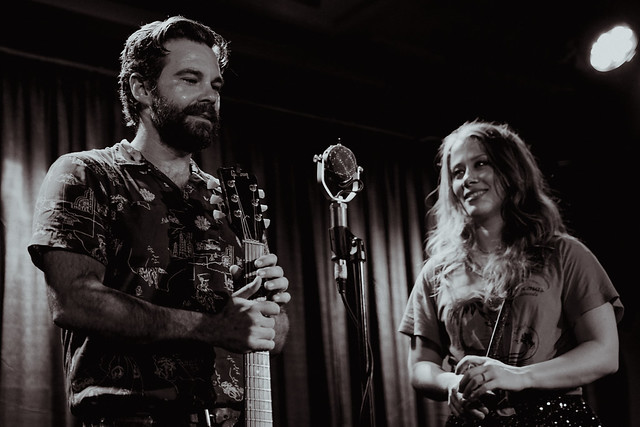 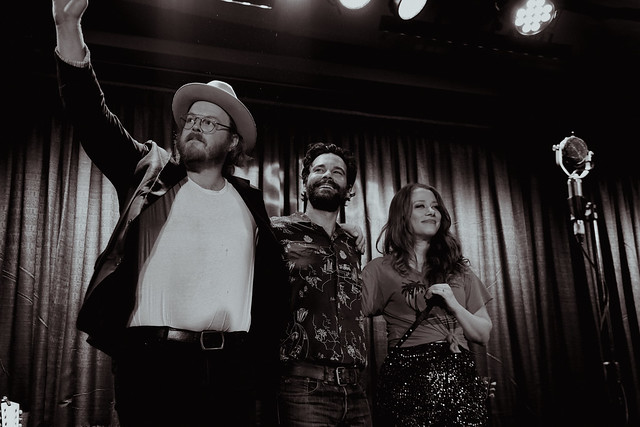