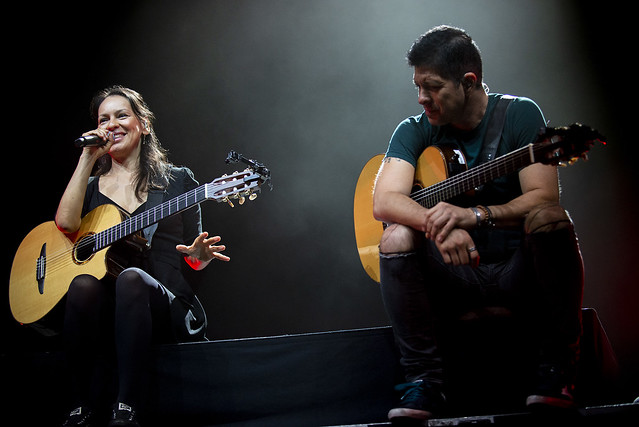 Though they expanded their repertoire to include Rodrigo playing some lead parts on electric with 2009’s 11:11, their music can be described, largely, as acoustic, instrumental rock played with heavy metal fervor.

From humble beginnings, and with a lot of hard work — there’s no question that they’ve earned all of their success — have become the foremost instrumental guitar duo in the world. They’ve played for heads of state, including, in 2010, President Barak Obama. In addition to their own recordings, they’ve also worked on music for the films Pirates of the Caribbean: On Stranger Tides and Puss In Boots.

Before becoming the world’s most successful guitar duo, Rodrigo y Gabriela, who met when they were both 15, played in the metal band Tierra Acida in their hometown. Though material was recorded, an album was never released. After the band broke up, the duo worked on sharpening their skills, while teaching lessons during the day and playing hotel bars at night.

The turning point in their career came after they relocated to Dublin, Ireland, at the invitation of a friend. At first, it wasn’t easy: neither of them knew English, and the offer of hospitality disappeared. Things were tough but they do, but they persevered, busking on the streets. They met Irish singer-songwriter Damien Rice, who gave them their first big break, taking them on tour with him.

While they had put out a self-titled album of covers in 1997, they really made their first big splash with 2003’s Re-Foc, which contained original compositions.  A live concert album (Live in Manchester and Dublin) followed a year later. That album highlighted their strengths as live performers, they have since released several more: Live In Japan (2008), Live in France (2011), and last year’s Mettavolution Live.

In 2006, their self-titled album debuted at the #1 spot on the Irish charts, and they haven’t looked back since. 11:11 and 2014’s 9 Dead Alive, a rock-oriented album whose tunes were inspired by historical figures, both landed in the upper half of the U.S. Top 200. 2019’s Mettavolution, cracked the top 20, and it garnered them a Grammy for Best Contemporary Instrumental Album. Most recently, they released an EP titled JAZZ, which features three new covers.

Stream a cover of “Lingus” by Snarky Puppy from Rodrigo y Gonzalez on YouTube:

The Anthem is a big venue, but Rodrigo y Gabriela managed to achieve a certain intimacy with their set. The setup, which imitated a porch stoop they might’ve busked on early in their career, set the atmosphere. While the setup may have had a certain casualness and intimacy, there was nothing casual about their playing. With just two guitars, they managed to make a lot of sound. Quintero’s rhythms achieved a percussive effect, superbly complementing Sanchez’s melodies. As Rashad Polk (who shot the photos for this story and who is himself a musician) explained to me, Gabriela was holding down a four-on-the-floor rhythm while playing “guitar parts I couldn’t dream of playing.” When Rodrigo switched to electric guitar, the instruments remained finely balanced, avoiding the usual pitfall of electric overpowering acoustic; the tones, as both Rashad and I noticed, were perfectly balanced.

Mixing covers, originals, and their film work, Rodrigo y Gabriela gave the audience an immersive experience. This was music to get lost in, to let wash over you. Rodrigo y Gabriela are superb guitarists, true virtuosos, with a unique sound and style that is utterly enchanting. This was my first trip to The Anthem after the long shutdown, and it certainly did not disappoint.

Here are some photos of Rodrigo y Gabriela performing at The Anthem on Oct. 6, 2021. All photos copyright and courtesy of Rashad Polk. 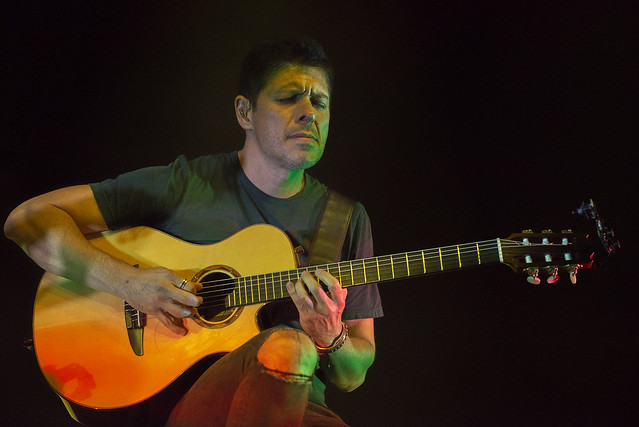 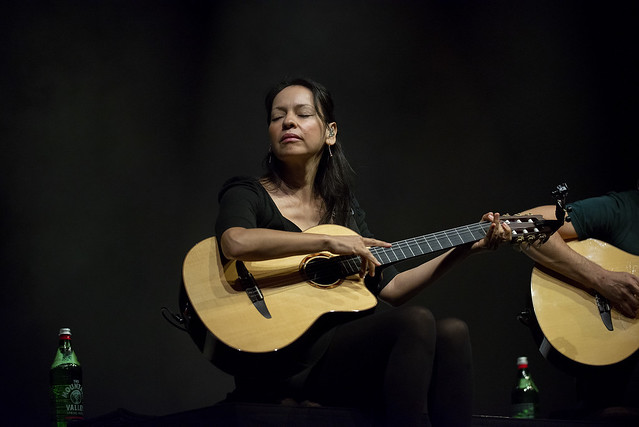 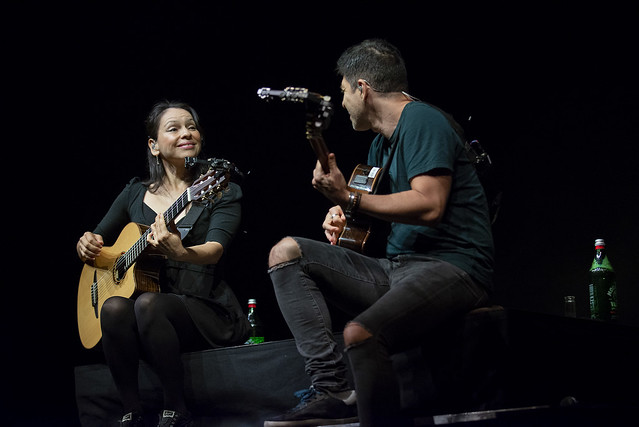 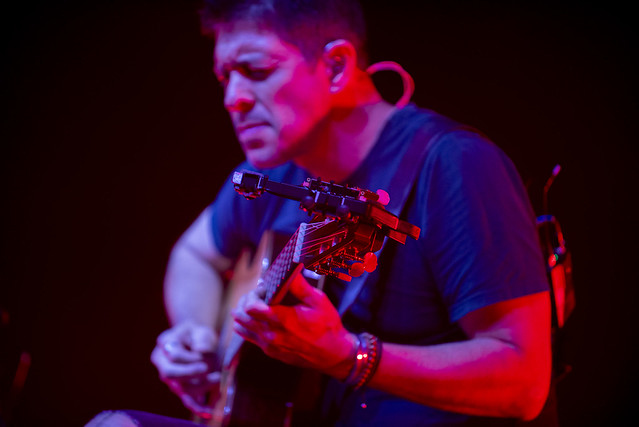 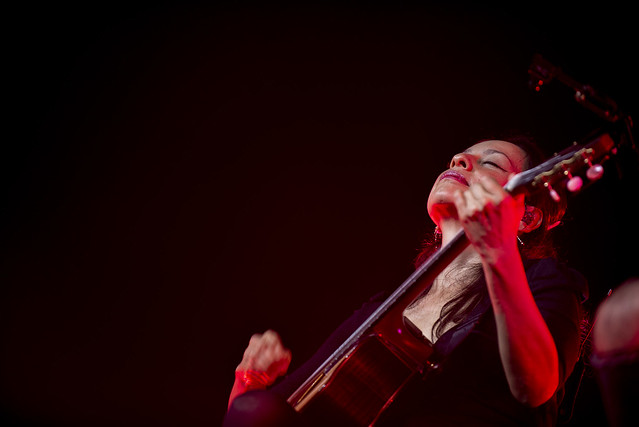 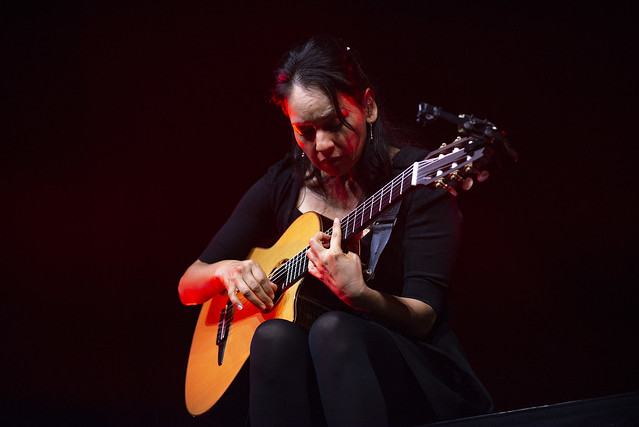 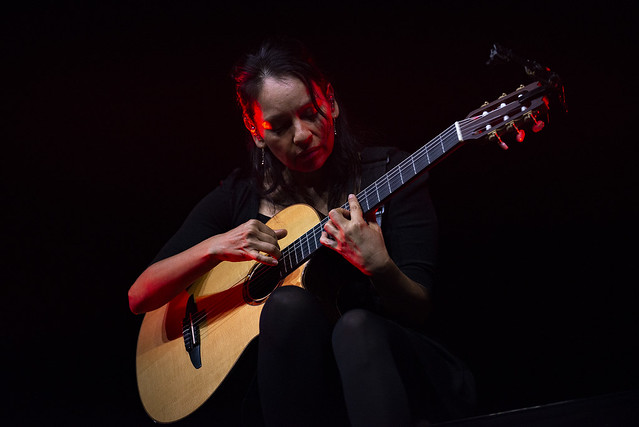 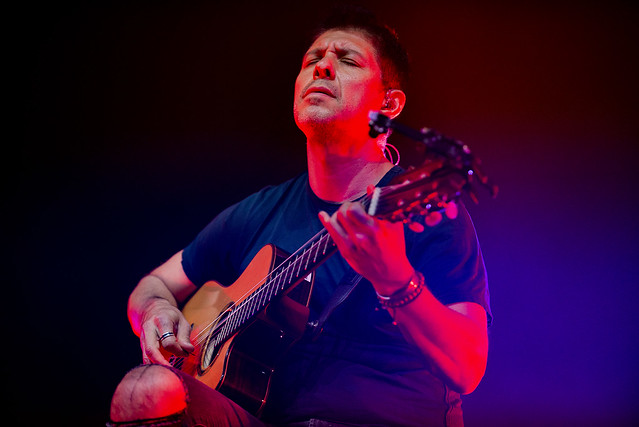 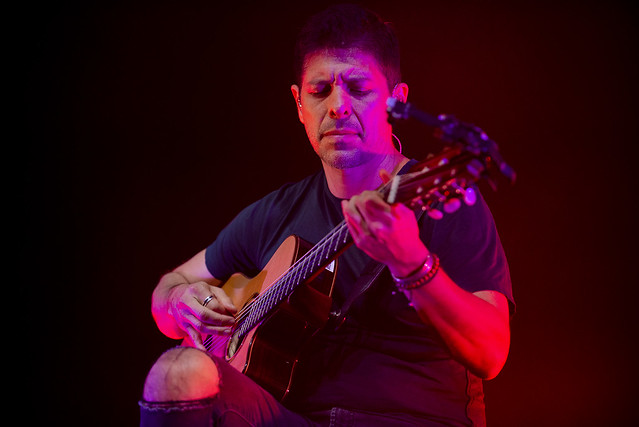 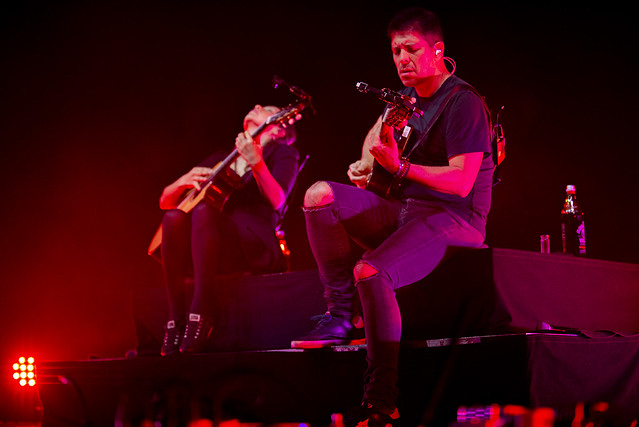 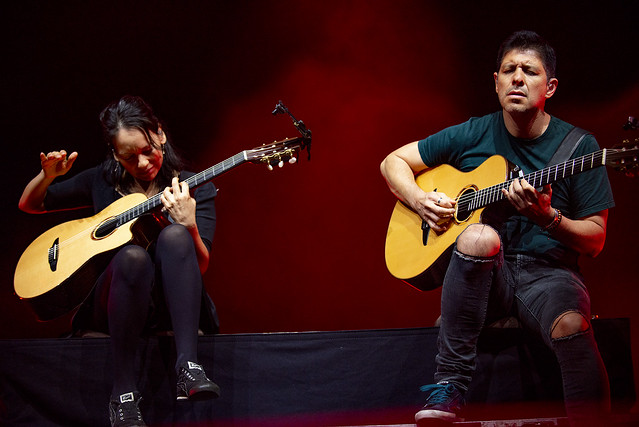 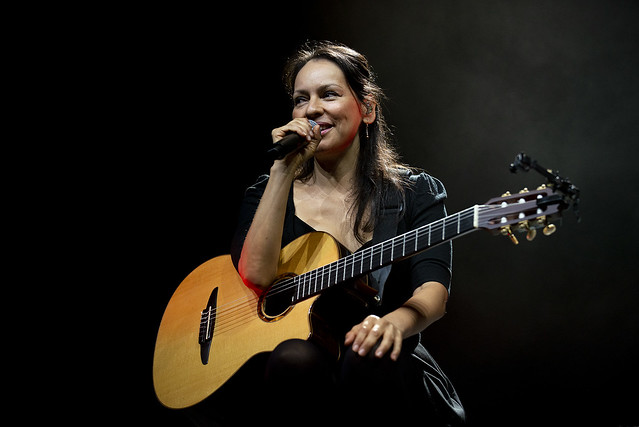 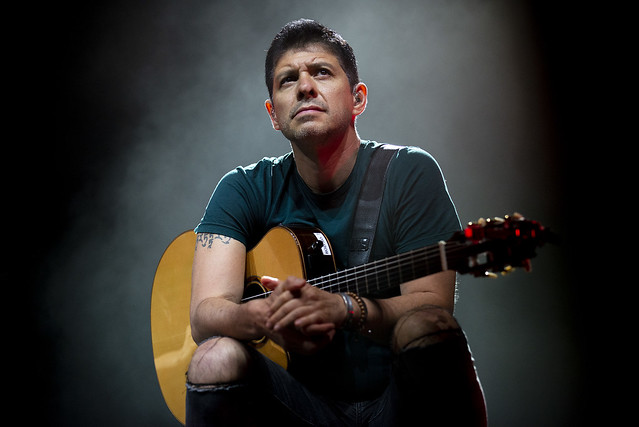 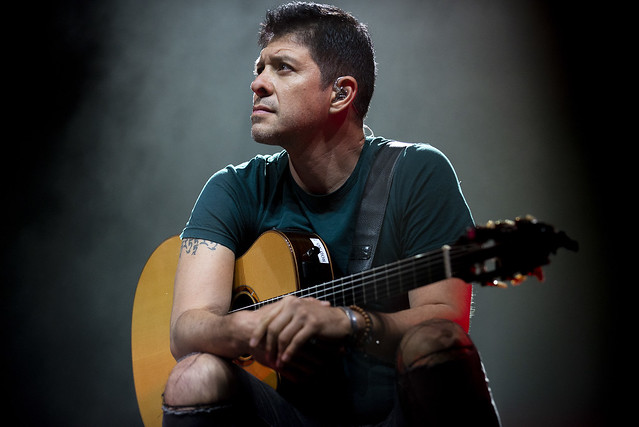 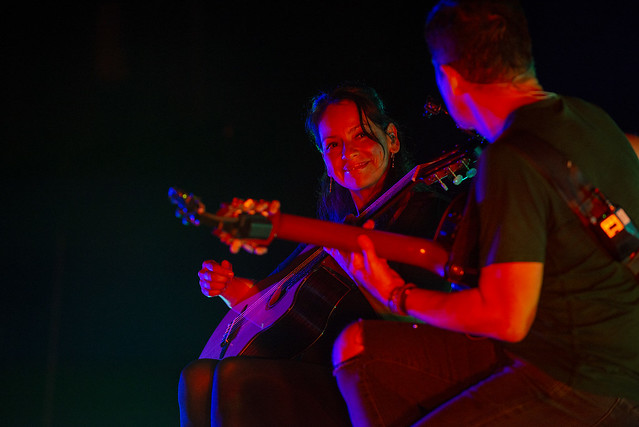