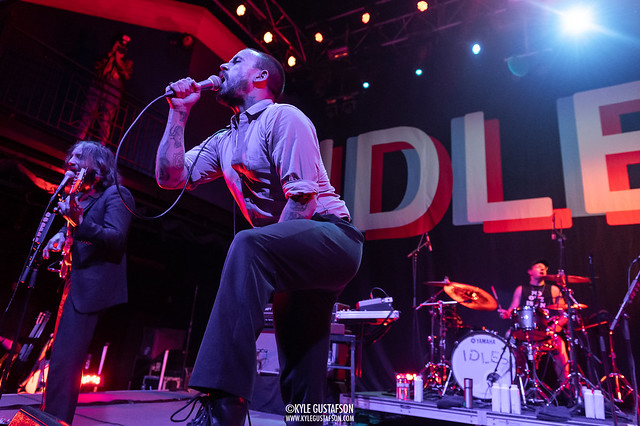 You’d be hard pressed to name a better or more electrifying live band right now than Bristol, England’s IDLES. Hard and fast enough for the punk fans, heavy enough for the metal fans and progressive enough for the indie fans, IDLES hit a sweet spot that no other band can touch right now at 9:30 Club in the first of two-sold out nights on Sunday. Their songs address a wide range of topics such as politics, depression, and toxic masculinity and more importantly give listeners the release that great live music demands.

IDLES released their debut album, Brutalism, in 2017 to rave reviews and a growing reputation of raucous live performances. Their 2018 sophomore release of Joy as an Act of Resistance and the accompanying world tours took them from “Hey, these guys are pretty good” to “Actually, they’re the next big thing.” 2019’s Ultra Mono cemented those predictions, earning the band their first No. 1 UK album, which of course ups the anticipation for November’s release of their new album, Crawler.

“Look out for one another, yeah?” Joe Talbot urged the crowd at the 9:30 Club on Oct. 17 right as the band was about to start the second part of the band’s menacing set opener “Colossus.” The tune starts out with a slow burn of heavy riffs and menacing vocals before ending in a shouty punk bit during which audiences predictably and faithfully go absolutely ape shit.

Sunday’s set featured two tracks from Crawler, but focused heavily on Joy…, featuring seven songs including the aforementioned “Colossus,” the raucous “Never Fight a Man With a Perm,” the anthemic “Danny Nedelko” and set closer “Rottweiler.” The floor of the 9:30 Club was a living, breathing mass of bodies and limbs, giving the entire room tremendous energy.

Stream Joy as an Act of Resistance by IDLES on Spotify:

Guitarists Lee Kiernan and Mark Bowen egged the audience on, whirling about the stage, hammering riffs and occasionally venturing out into the crowd while they were playing. Talbot stalked the middle of the stage looking so wound up he seemed like he would spontaneously combust, shredding his vocals on every song. It’s a wonder he can even speak, much less do this on consecutive nights. All this was anchored by the rhythm section of drummer Jon Beavis (straight up doing work all night long) and bassist Adam Devonshire.

IDLES expertly straddle multiple demographics and have stepped forward in a world where many are wondering if rock is dead. It’s not. On social media, their live shows are frequently described as “life-affirming” and often leave attendees wondering why all bands can’t be that good in person. They’re going to be festival headliners in short order and it will be well deserved. They’ve arrived and they’re not going anywhere.

Here are some photos of IDLES performing at 9:30 Club on Oct. 17, 2021. All photos copyright and courtesy of Kyle Gustafson. 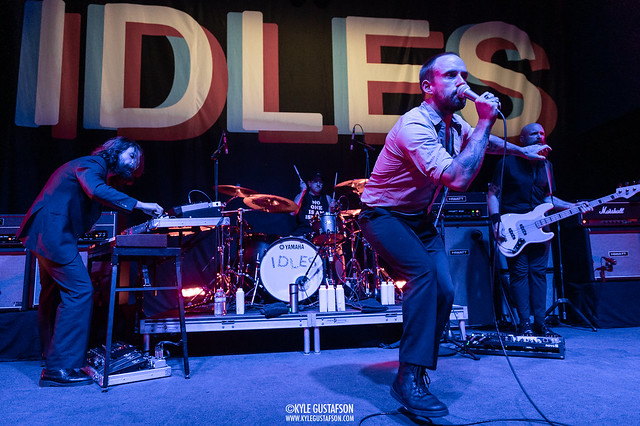 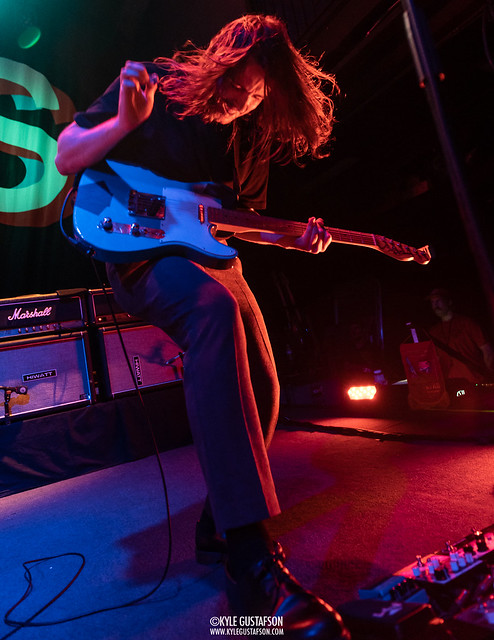 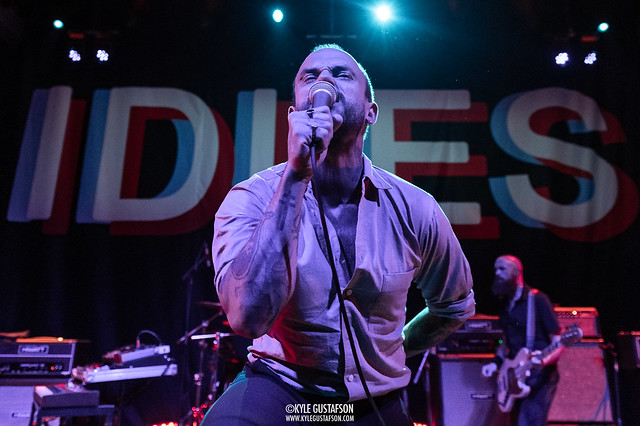 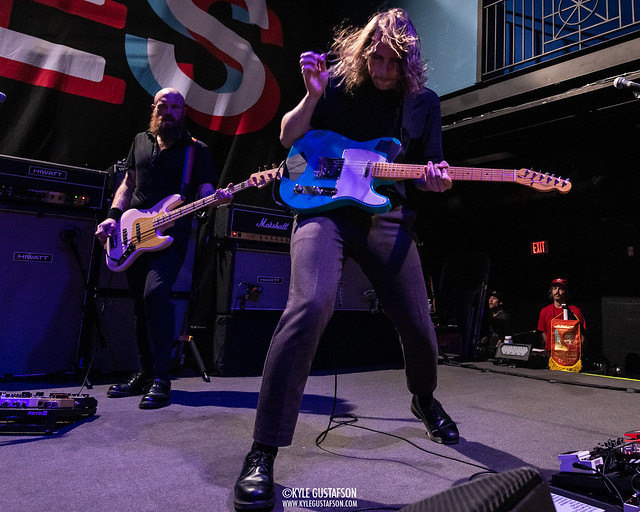 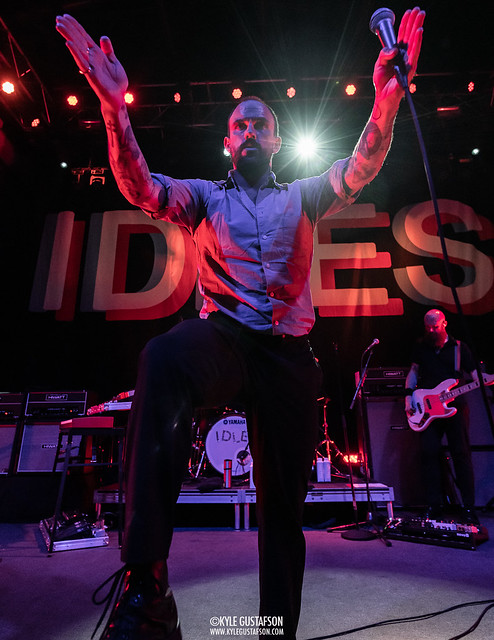 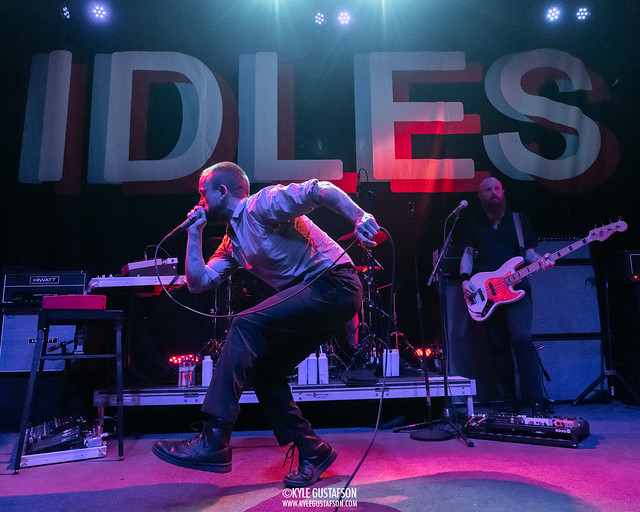 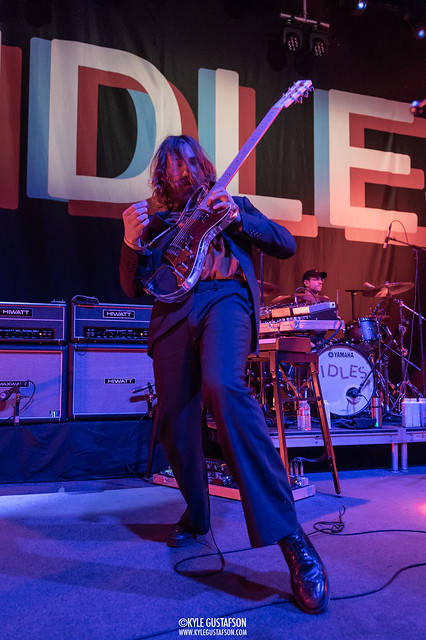 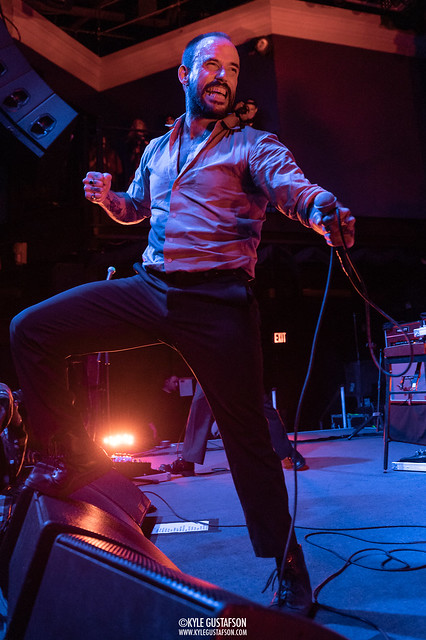 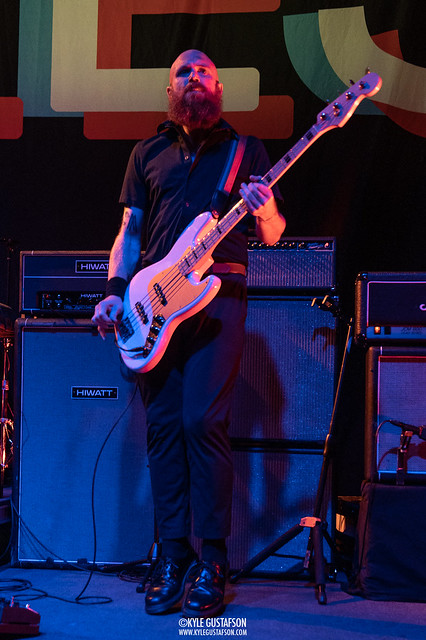 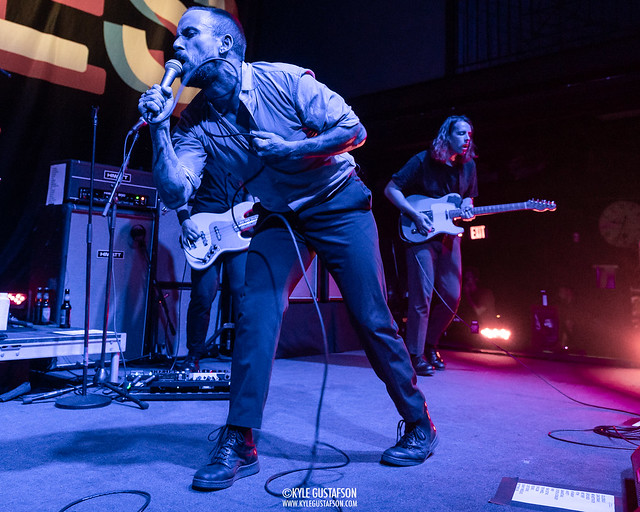 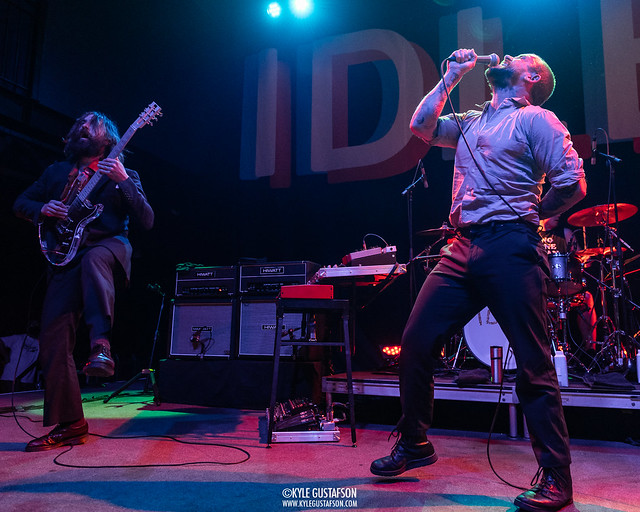 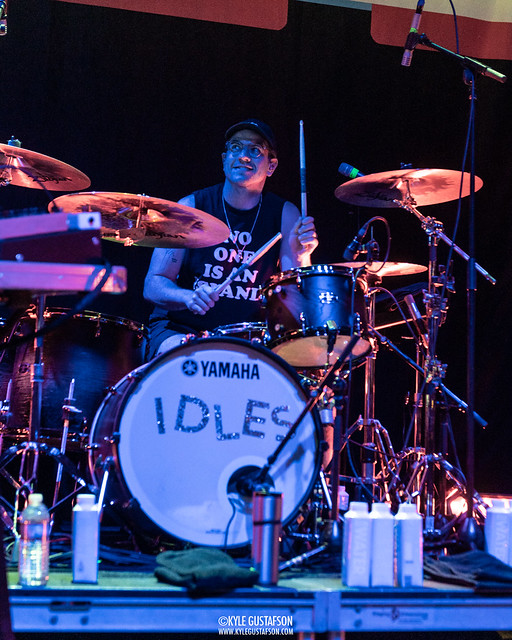 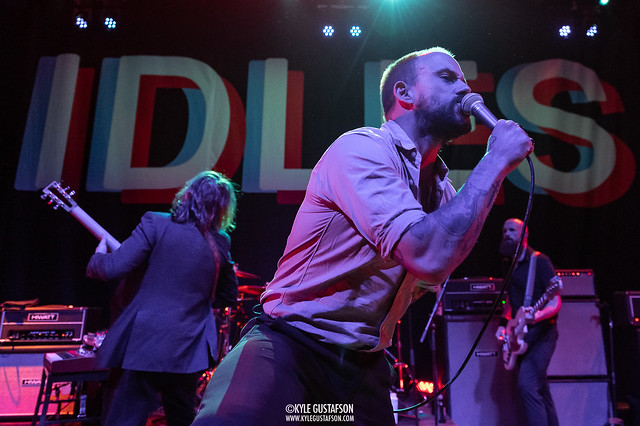 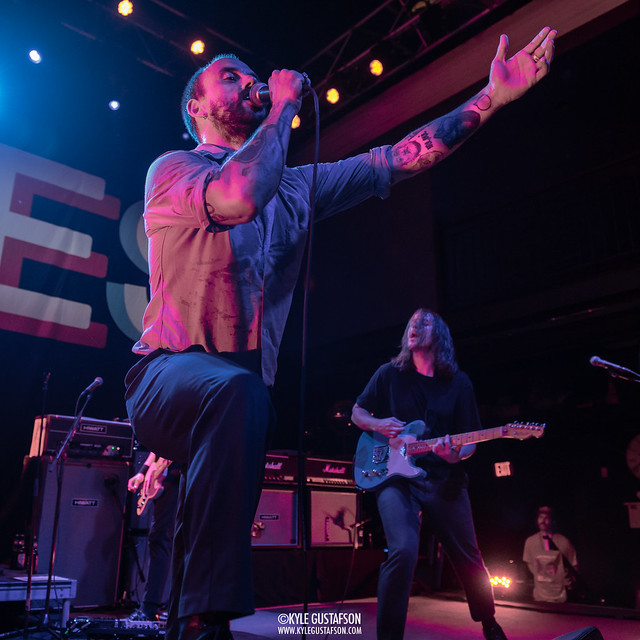