Iconic country outlaw Willie Nelson has a lot of kids, and a lot of those kids have followed their father into the music business. His daughter Amy plays in a comedy folk duo, Folk Uke, with Arlo Guthrie’s daughter. His son Micah, also known as the Particle Kid, makes his own music, and he recently played guitar in his father’s band on the Outlaw Music Festival tour. But the most successful of Willie’s children is his son, Lukas, who played the Lincoln Theatre recently with his band, Promise of the Real.

Lukas and his band have been making music together for more than a decade, with their first release, Promise of the Real, issued in 2010. They rose to greater prominence in 2015 when the legendary Neil Young hired them as his backing band, with Lukas playing lead guitar. In that gig, Lukas gets to show of his chops as a player and a sideman; his father, who is held in high esteem as a guitarist, has said Lukas is even better.

More critical and popular acclaim came Lukas’s way for his work on the 2018 remake of A Star Is Born. In the film, he and the Promise of the Real perform as the band for the country singer Jackson Maine, played by Bradley Cooper. Nelson helped select songs for the soundtrack and wrote some of them himself, including collaborations with Lady Gaga, who contributed vocals to 2017’s Lukas Nelson & Promise of the Real (not be confused with the similarly named earlier record). This project shows off the full range of Nelson’s talents — as a songwriter, performer, and producer — across a board range of musical styles and genres, ranging from Americana ballads to dance pop.

If Nelson’s worked has ranged widely, he finds his own groove with his band in the roots rock space. While his songcraft certainly owes something to the country traditions he’s steeped in, there are no overt sonic elements of that genre in his work with the Promise of the Real, no pedal steel, no banjo, no fiddle. His voice, a Texas twang that’s reminiscent of his father’s, is the most country thing about this music.

Earlier this year, the band released their latest album, A Few Stars Apart, and Saturday’s set featured a number of those songs. The love song “Perennial Bloom” employs some of Nelson’s favored imagery of nature and plant life. The title cut is also a love song; Nelson sings, “Every night you can see my heart / Shinin’ like a big white diamond in the sky.” “More Than We Can Handle” tells the story of a family who, while they survive a major flood, lose most of their worldly possessions, but take comfort in having each other. In “Leave ‘Em Behind,” Lukas sings poignantly from the perspective of someone encouraging an abused woman to leave her abuser.

Stream A Few Stars Apart by Lukas Nelson & Promise of the Real on Spotify:

A number of images and metaphors reappear across Nelson’s songs, although they are employed in often wildly different ways. Where “A Few Stars Apart” is a tender love ballad, “Entirely Different Stars,” from 2020’s Naked Garden, is, by contrast, Nelson at his most eccentric, filled with science-fiction imagery. The same imagery in “Perennial Bloom” can also be seen in the title cut of 2019’s Turn Off the News, Build the Garden, where it is used to remind the listener of the benefits of disconnecting from technology and paying attention to the simple rhythms of nature.

Like his father, Lukas makes no bones about his fondness for marijuana. In the last verse of set opener “Start To Go,” he sings, “It keeps runnin’ ’til the sun starts comin’ then it burns away like weed.” “Just Outside of Austin,” a song he wrote about his birthplace, includes, in the chorus, the line “High as I’ve ever been.”

Heartbreak and lost love are at the center of a number of Lukas’s songs. In “Fool Me Once,” he nods to Johnny Cash (a close friend and associate of his father’s), singing “I might even walk the line.” When he was playing with his father, he dated a girl named Georgia; when they broke up, it was difficult for him to get through “Georgia on My Mind” every night. He channeled this into his song, “Forget About Georgia.” “Throwing Away Your Love,” from the band’s most recent album, reflects on how he failed in a promising relationship.

Late in the set on Oct. 24, the band left the stage, and Lukas played a few songs by himself. On acoustic guitar, he covered Pearl Jam’s “Just Free,” then his own “Smile”, on piano. The band then returned, and they closed the evening with “Want Me Around” and “Something Real.” Other songs in the evening’s set included “Die Alone, “Find Yourself,” and “Set Me Down on a Cloud.” After that last one, there was a brief interlude featuring an upright bass solo.

I’m always impressed by the fit between the performances and the ambience at the Lincoln Theater, and Saturday evening was no exception. The restored theater is a gorgeous room, and it provides a great atmosphere for music that’s a bit more laid back and less raucous than IMP’s other venues, like the 9:30 Club. Any number of legends have played here, and the room has a definite gravitas. Lukas Nelson may not be a legend yet — give him time, though, and he just might become one — but his music is gorgeous and reflective, and it absolutely belonged here.

This being said, it’s worth remembering that this was a showcase for just one side of Lukas’s artistry. I very much hope I get to see him play with Neil Young, and I look forward to whatever adventures and journeys he may embark on in the future. At just 32, he’s already built up an impressive body of work, but the vistas ahead of him, I’m sure, will be even broader, bolder, and more exciting. Lukas Nelson & Promise of the Real are one of the finest bands in the contemporary rock scene, and their potential is limitless.

Here are some photos of Lukas Nelson & Promise of the Real performing at the Lincoln Theatre on Oct. 23, 2021. All photos copyright and courtesy of Casey Vock. 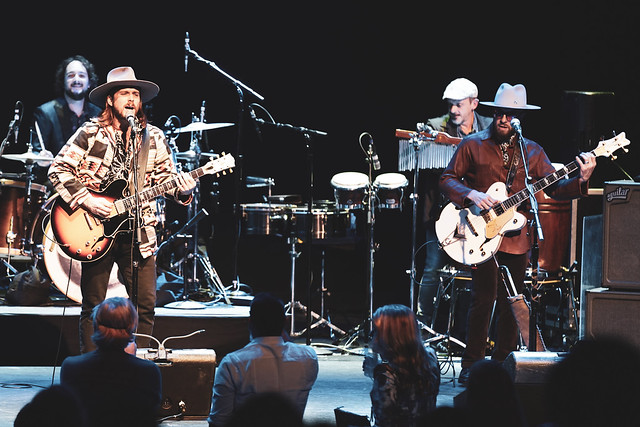 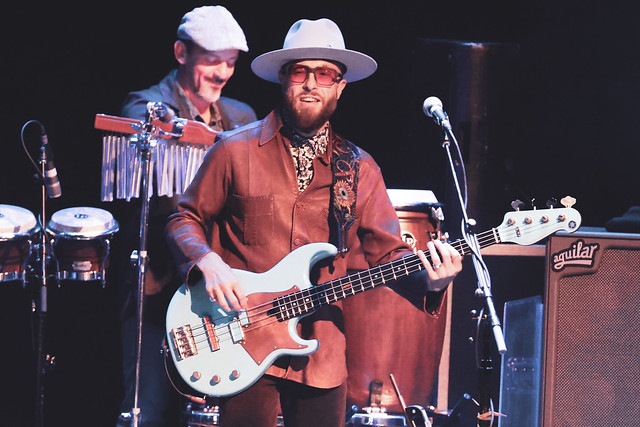 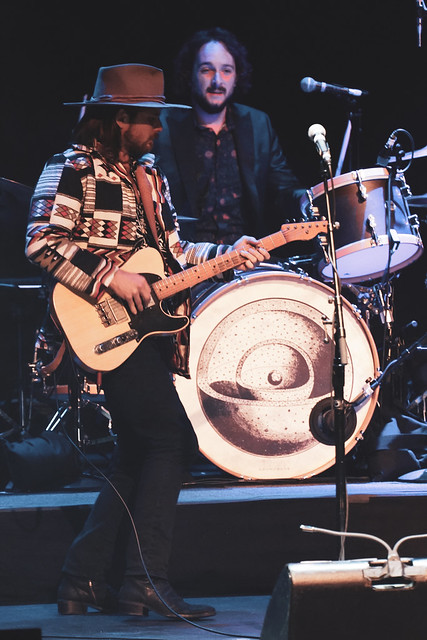 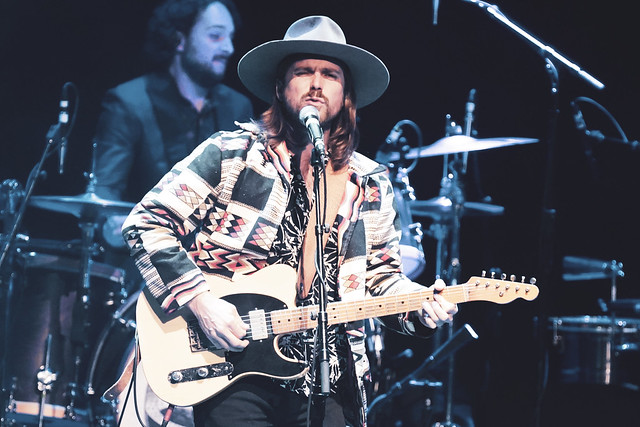 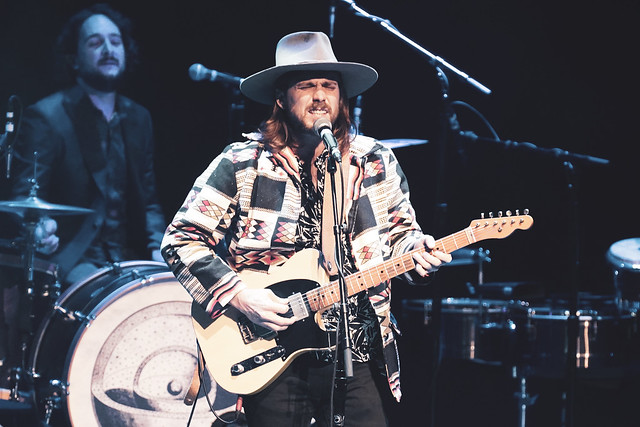 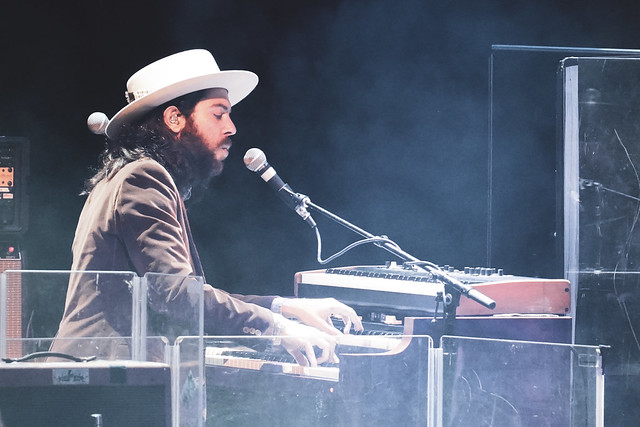 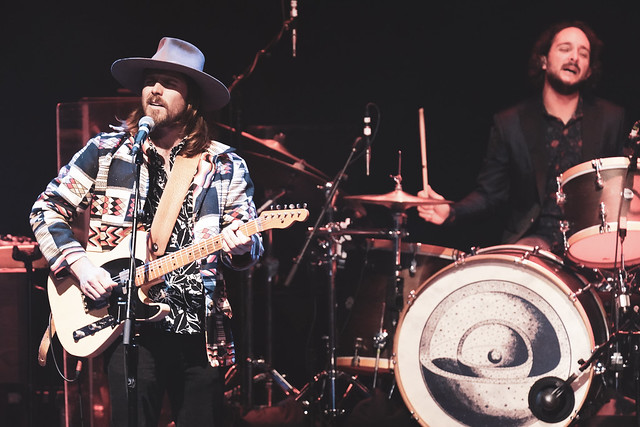 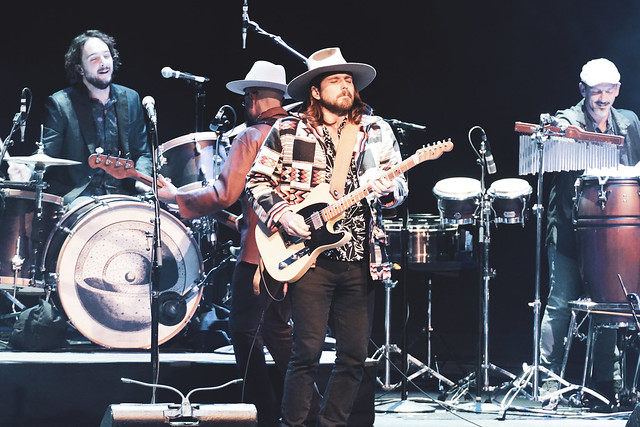 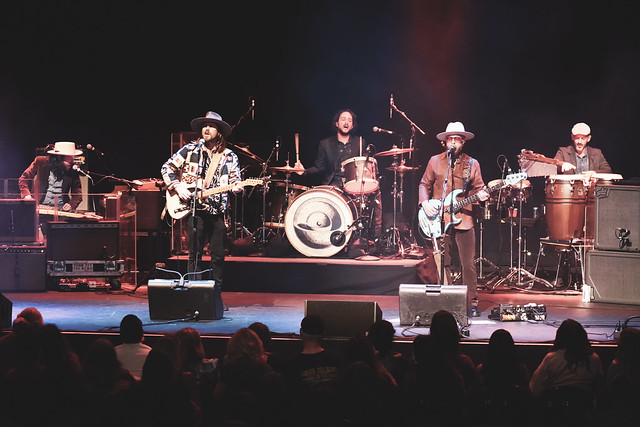 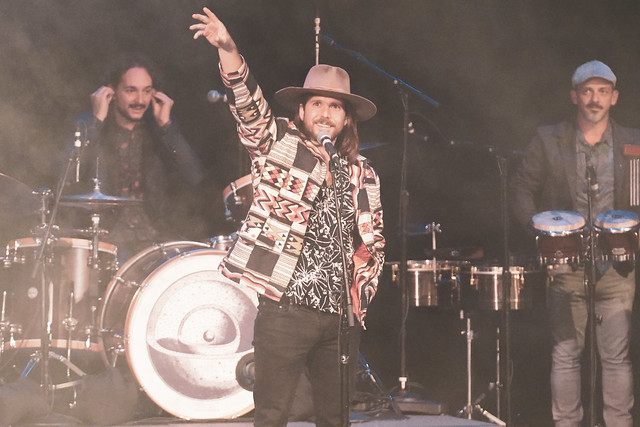 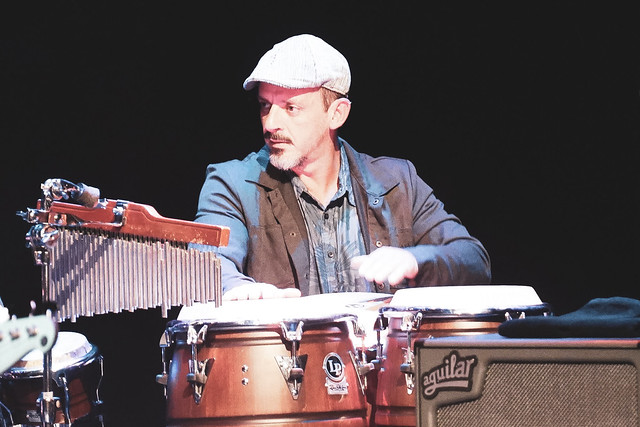 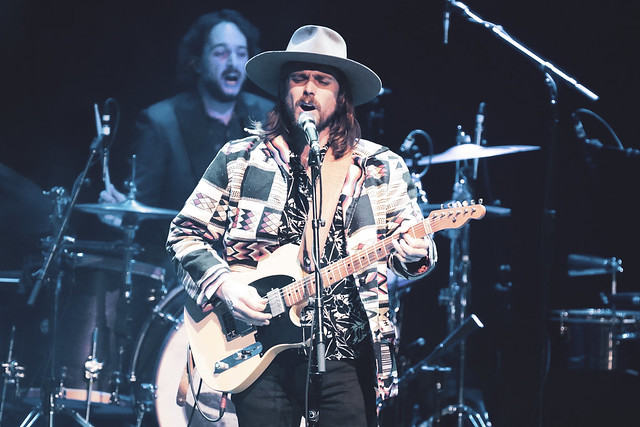 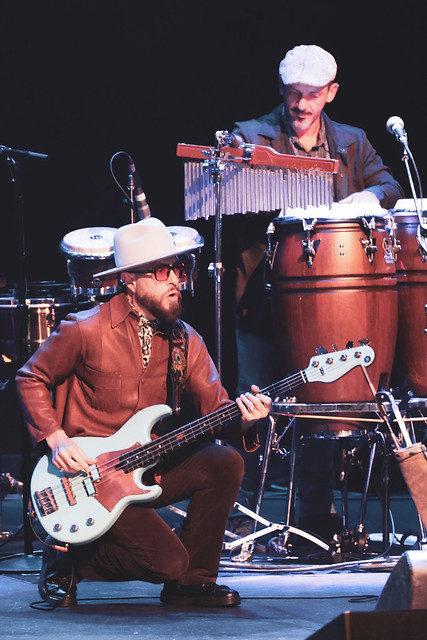 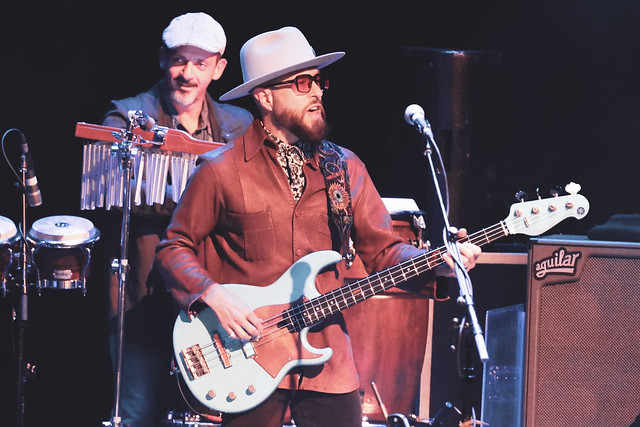 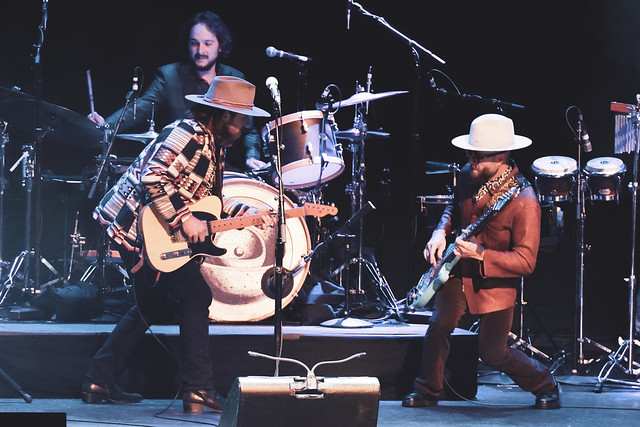 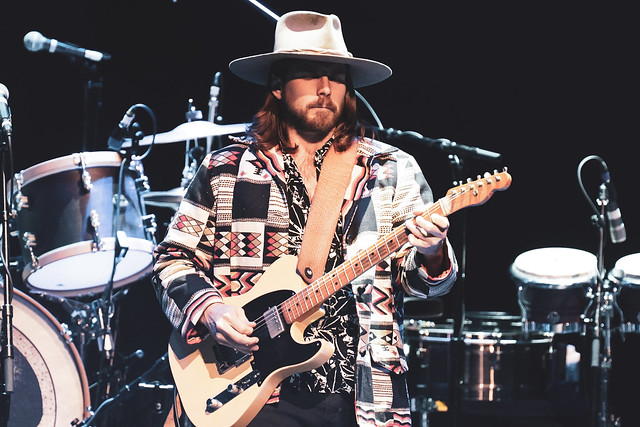