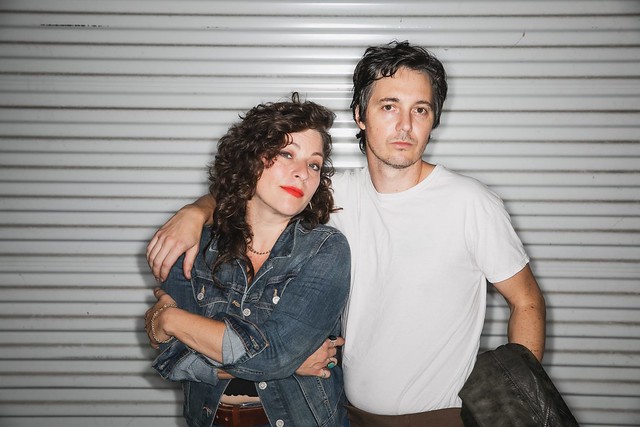 Americana duo Shovels & Rope have a new album, titled Manticore, coming our way next year. Meanwhile, they perform at Rams Head on Stage in Annapolis, Maryland, on Wednesday, Nov. 3, on their Bare Bones Tour. Snap up one of the few remaining tickets!

“It’s not heavy metal, but in our guts, it feels a bit like Heavy Metal,” said Michael Trent of the band’s new album, due Feb. 18.

The stark personal musings of the songs on Manticore are somewhat contrasted by the opening track “Domino,” with its sleazy menace laced through a pulsing drum beat and Motown piano. It’s a rapid-fire lyrical collage of iconic American imagery depicting the death of James Dean, America’s reaction to it and Dean’s ghost’s puzzled bewilderment to that reaction.

However, like all the best Shovels & Rope songs, there is a thematic duality on display, as it celebrates the playful elevation of rock’n’roll culture while exposing some of the ridiculousness of ‘celebrity.’

Watch the official lyric video for “Domino” by Shovels & Rope on YouTube:

In the past 10 years, Shovels & Rope have released six full-length albums, three collaborative covers albums (Busted Jukebox Volumes 1-3), a curated music festival in their hometown of Charleston, SC (High Water), a musical film (Shovels & Rope: The Movie), and countless dynamic live performances all over the planet.

But it was in the rear courtyard suite of the Decatur St. house belonging to the Preservation Hall Jazz Band in New Orleans where Michael and Cary Ann Hearst began polishing up the songs that became Manticore. There was a piano in the room and a little desk. There were piles of scattered and folded papers lying on the bed and copious digital ideas in the form of voice memos. And despite the pounding parades in the surrounding streets, it was quiet in the afternoon.

It won’t be so quiet at Rams Head on Stage.