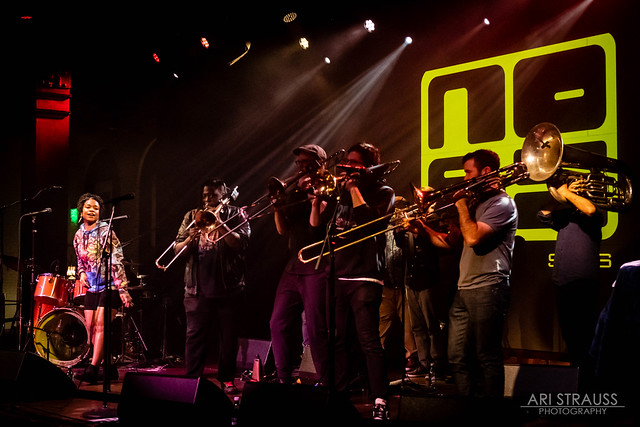 Mix a little bit of New Orleans with a generous helping of funk and pop and you have the deliciousness that is No BS! Brass Band, the 11-piece that partied down at DC’s The Hamilton Live one recent evening.

Hailing from Richmond, Virginia (RVA all the way!), No BS! Brass Band was founded by Reggie Pace (trombone) and Lance Koehler (drums) who were students together at Virginia Commonwealth University (VCU). Both were in separate bands and didn’t like some of the “stuff” that was going on, so they got together to form their own band and cut out “the stuff;” hence the name, No BS! Brass Band.

The 11-piece band of which nearly every member has had conservatory training and hold various degrees in music, has been putting out their unique “Richmond sound” for over a decade and are still going strong. They were utterly delightful in their most recent performance at The Hamilton Live on Oct. 24.

Listen to A Decade of Noise by No BS! Brass Band on Spotify:

Enjoy some photos from No BS! Brass Band’s Oct. 24 performance at The Hamilton Live.  All images courtesy of and copyrighted by Ari Strauss. 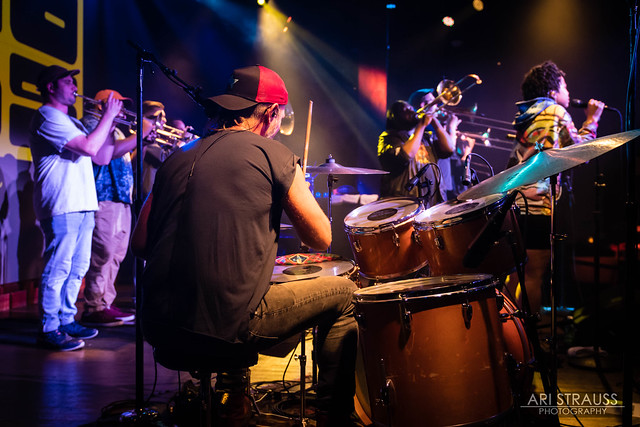 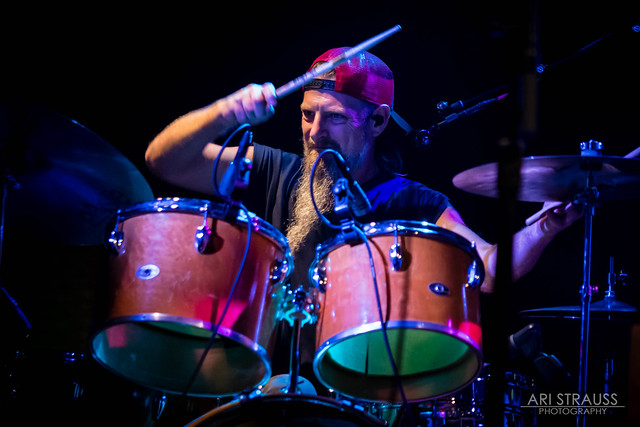 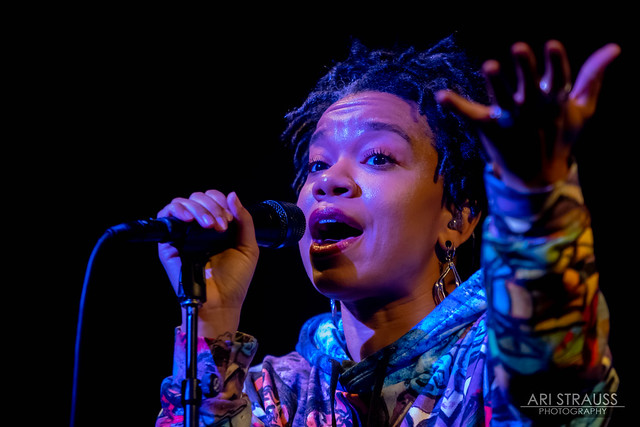 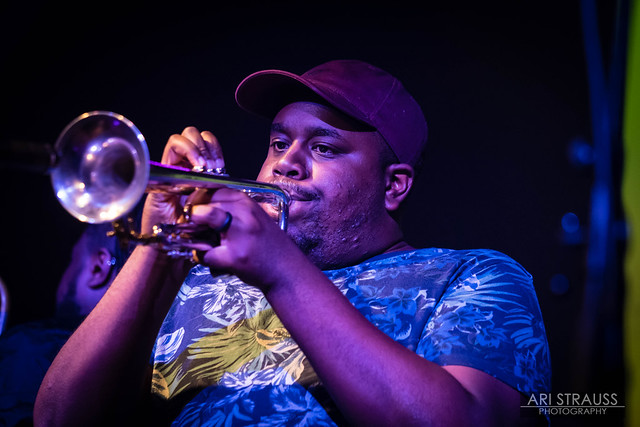 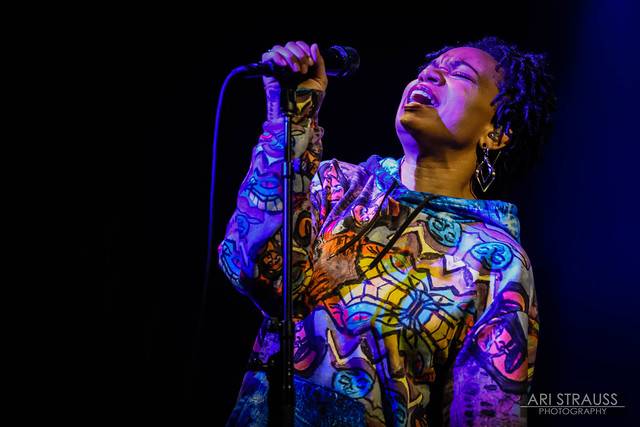 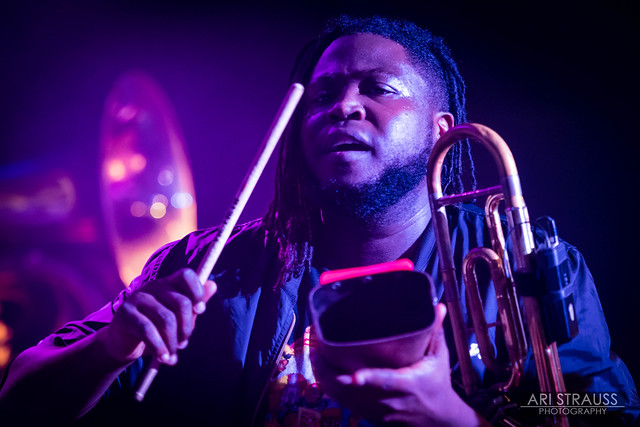 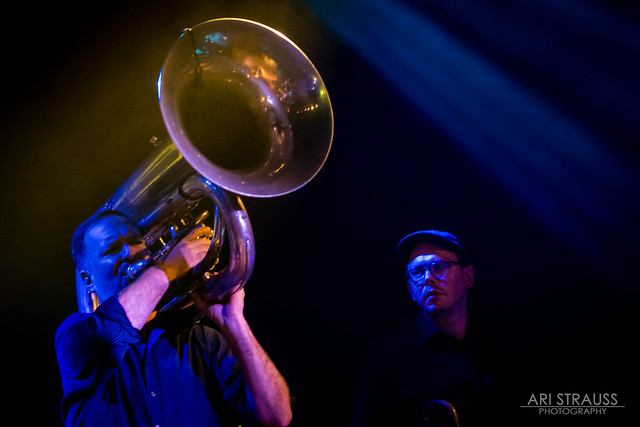 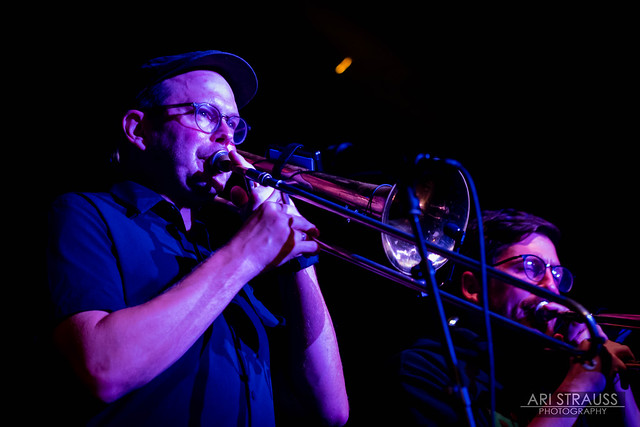 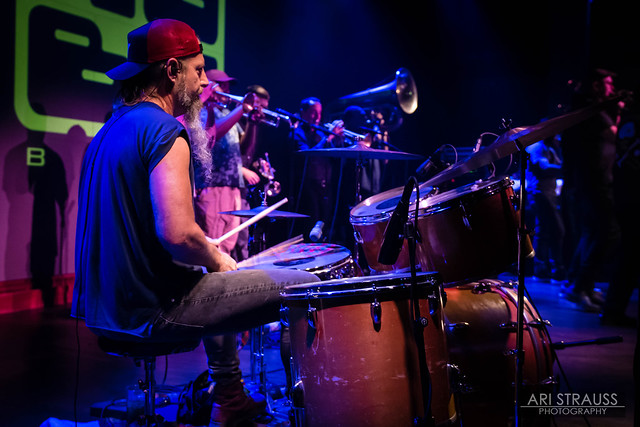 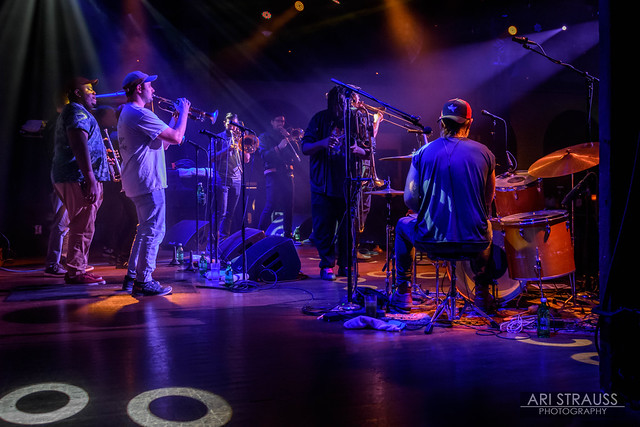 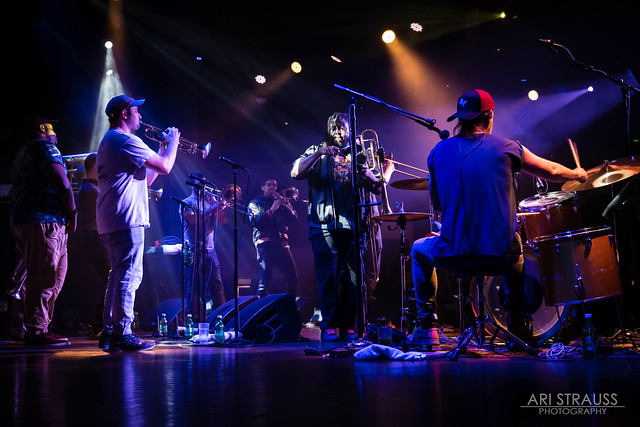 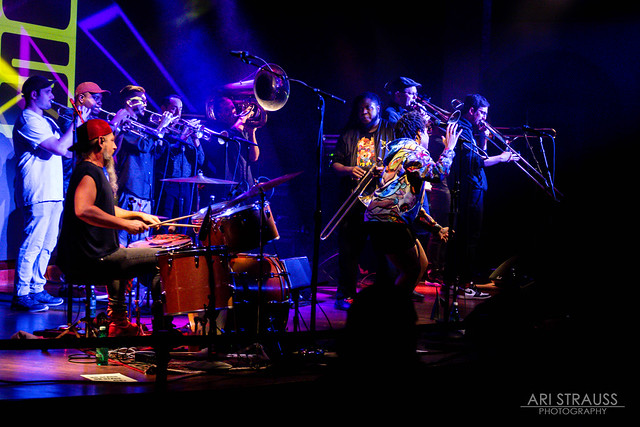 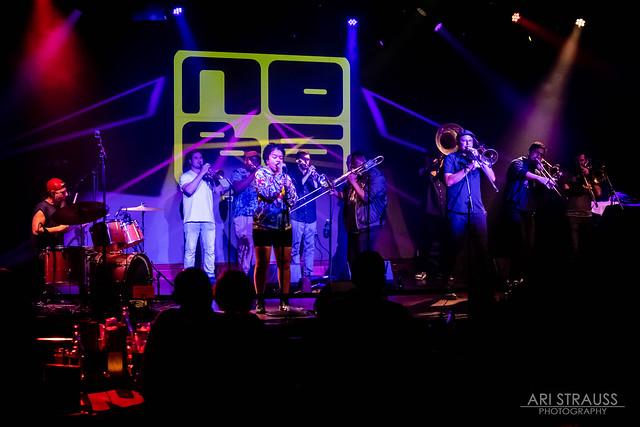 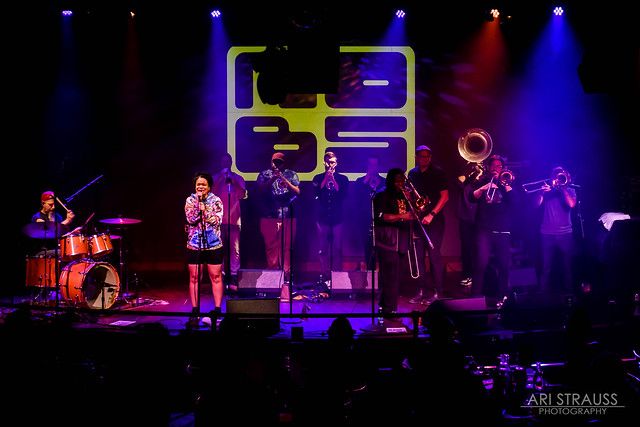