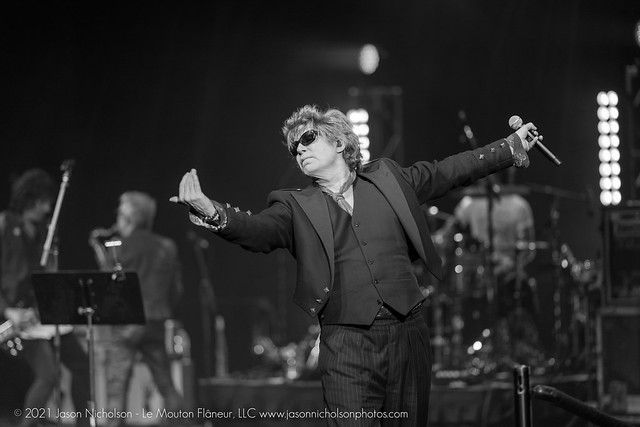 In 2020, The Psychedelic Furs released Made of Rain, the band’s first album of new material in nearly 30 years! To the delight of the DMV, frontman Richard Butler and company have dedicated much of their setlist to the new record on their current tour, and they played new songs at Robert E. Parilla Performing Arts Center on Saturday.

Jason Nicholson was there to photograph the Furs’ extraordinary return.

Critics applauded the long overdue return of The Psychedelic Furs to recording although Richard and his brother Tim have long maintained the band as as touring act. The “long overdue” Made of Rain record won high praise from critics upon its release.

From the album’s press notes: “From its exhilarating opening bars, Made of Rain — the first Psychedelic Furs album in 29 years — sounds like them and them alone. It’s a joy to hear again, fresher than ever, that unique mesh of sounds and layers, that fusion of smooth and stark, of restraint and abandon, of melancholy and rage, of optimism and nihilism, of tough and tender.”

Watch the official music video for “Wrong Train” by The Psychedelic Furs on YouTube:

Led by vocalist and songwriter Richard Butler, the six-piece line-up includes fellow founder Tim Butler on bass, Mars Williams on saxophone, Rich Good on guitar, Zachary “Zach” Alford on drums, and Amanda Kramer on keyboards. In addition to new tunes like “Wrong Train” and “The Boy That Invented Rock & Roll,” the concert at Montgomery College on Nov. 6 included much-adored neo-psychedelic tunes from the Furs’ catalog like “Heartbreak Beat,” “Pretty in Pink,” and “Sister Europe,” among others.

Parklife was much cheered by the drumming of Zach Alford, a brilliant drummer to say the least! He previously toured and played in David Bowie’s band for a few albums, including Earthling and The Next Day, played on tour with Bruce Springsteen, *and* toured with The B-52s (and performed on their album Good Stuff).

Here are some photos of the Psychedelic Furs performing at the Robert E. Parilla Performing Arts Center on Nov. 6, 2021. All photos copyright and courtesy of Jason Nicholson. 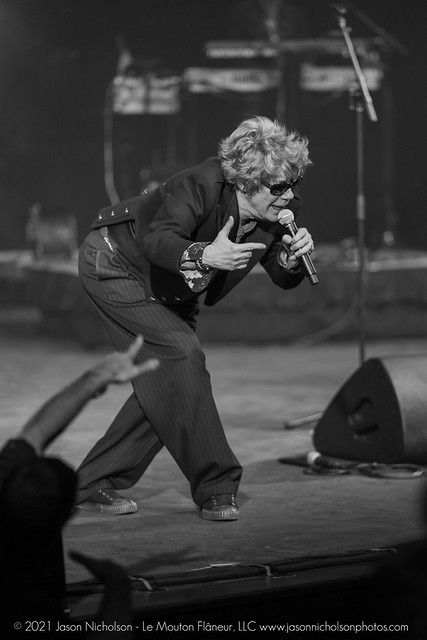 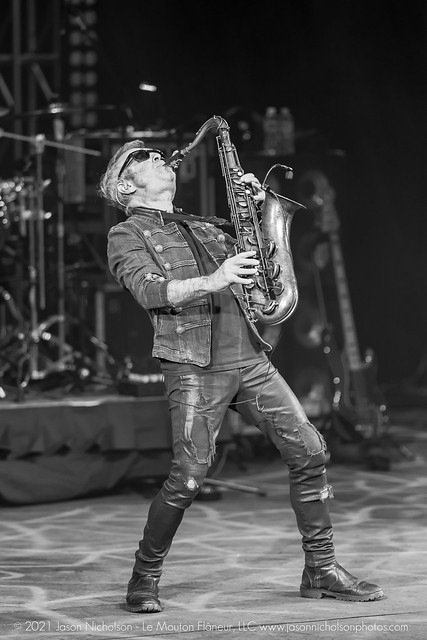 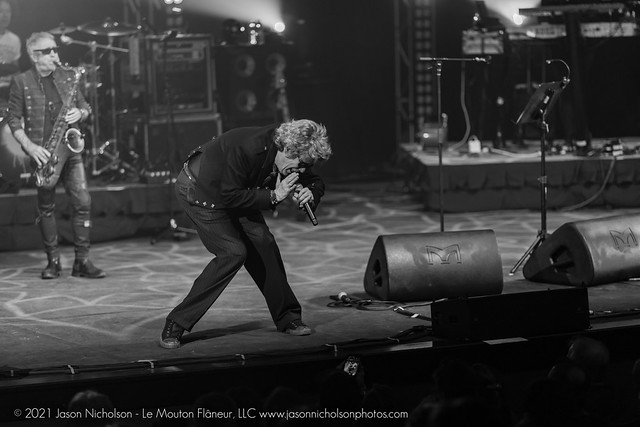 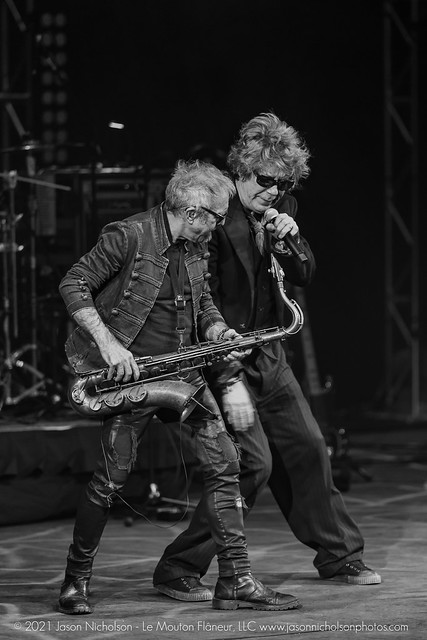 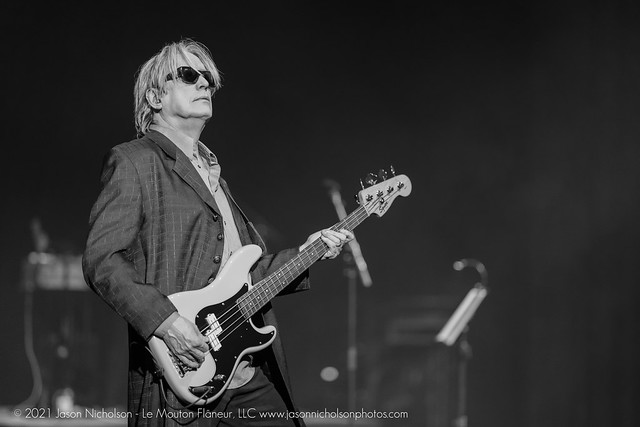 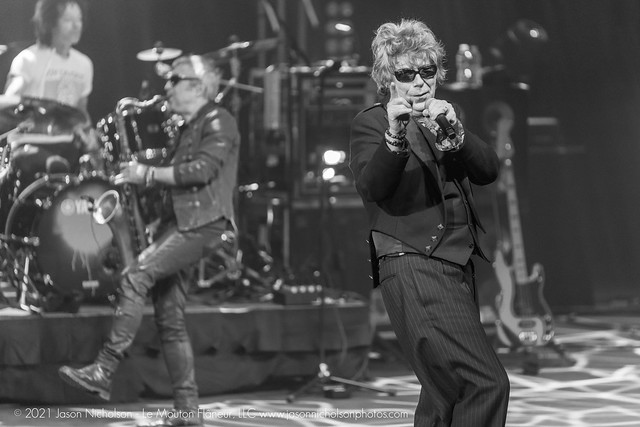 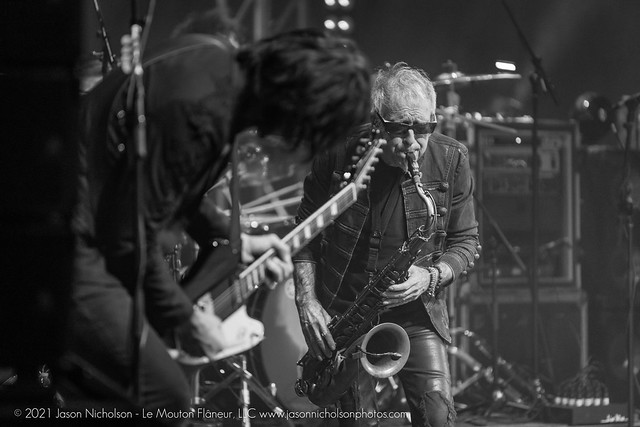 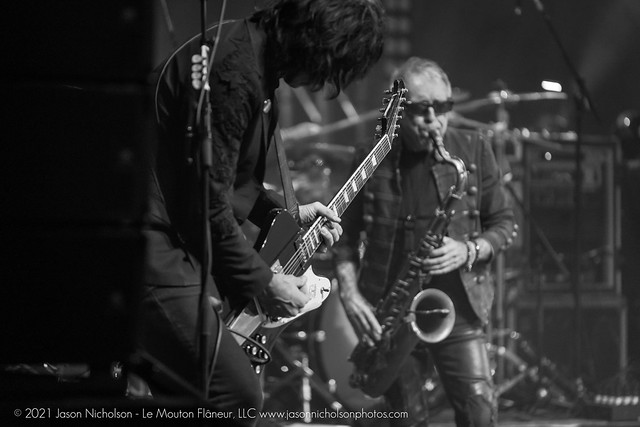 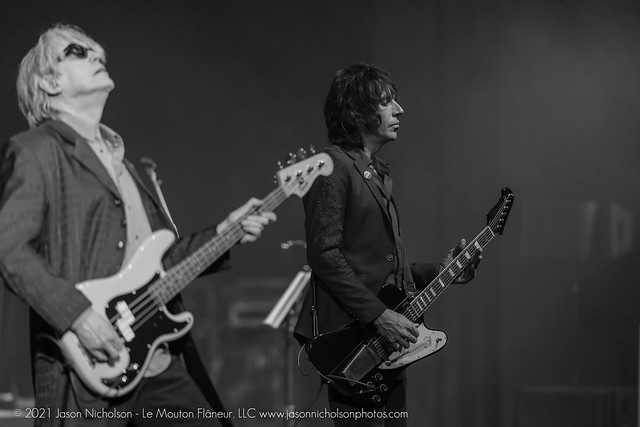 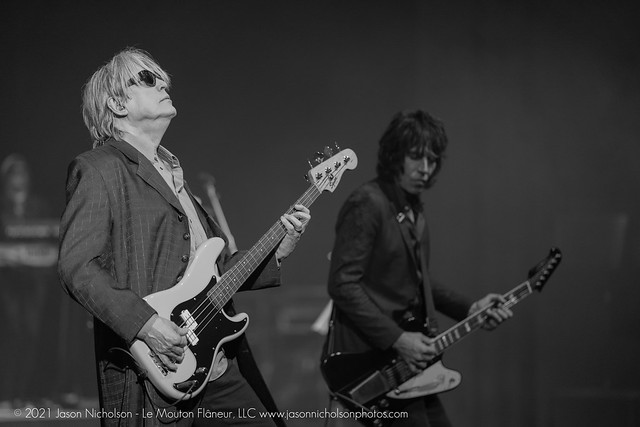 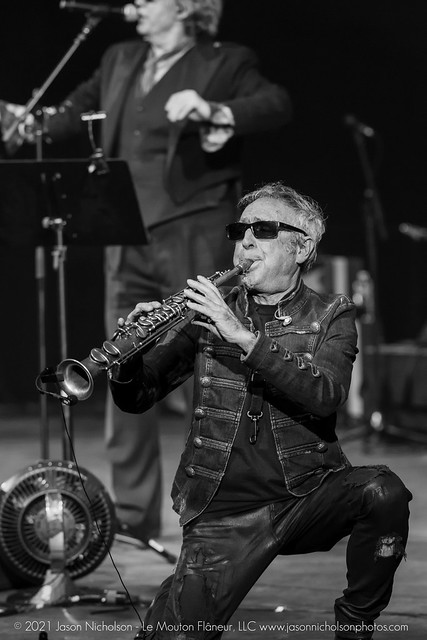 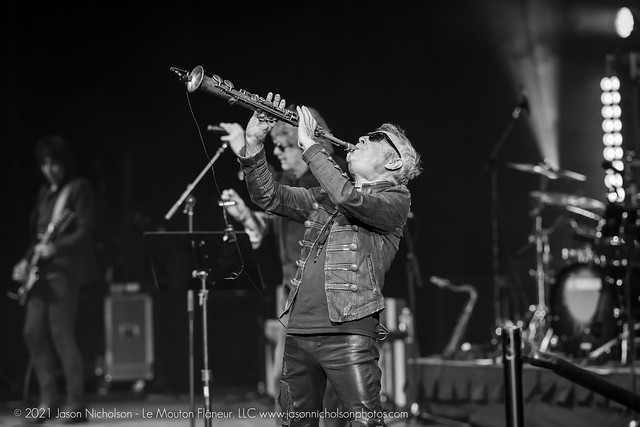 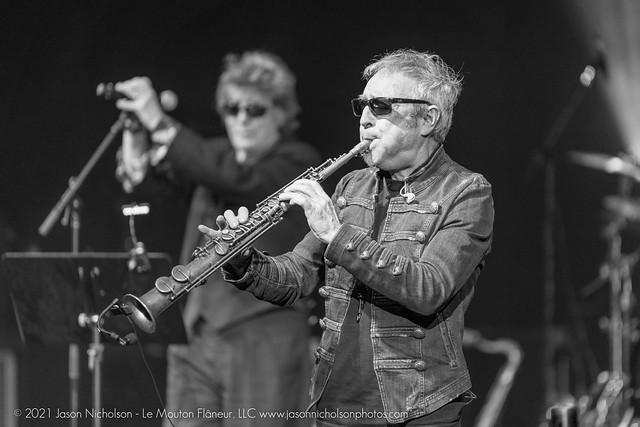 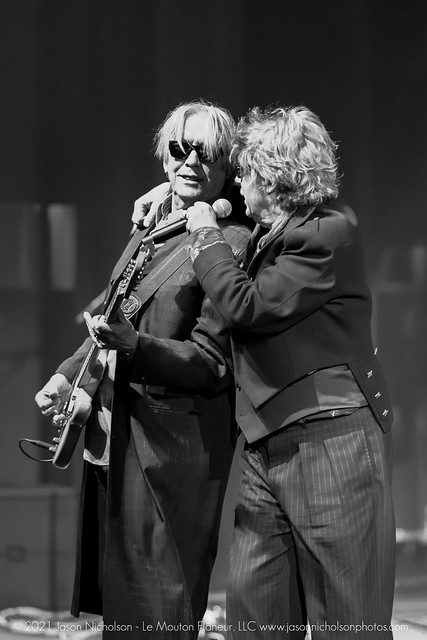