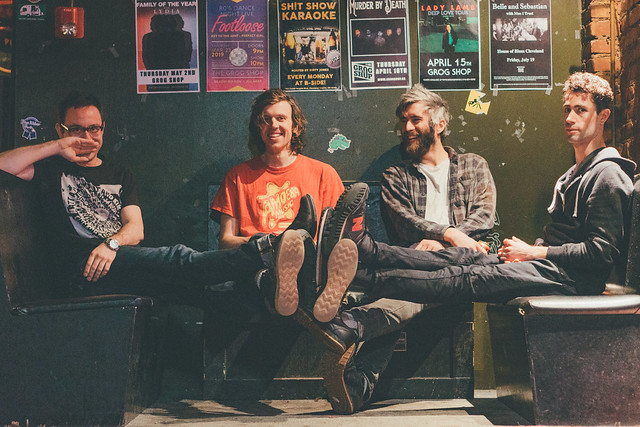 The band issued the record on vinyl for the first time earlier this year, along with an expanded digital edition, including the previously unreleased “Hundred Dollar Day.” The quartet also released “Top 5,” a newly recorded demo from the Champ era last month.

The layers are there on Champ, and there quite consciously. The band scrapped an entire early version of the record because it didn’t sound as big as they’d hoped it would. They knew they had the stuff to ride a longer wave, to take that youthful energy and shape it for their evolving tastes, heading to Los Angeles to work with producer Rob Schnapf (Beck/Elliott Smith). And reaction to the record was wide and varied, garnering glowing praise from some, and complaints from others, about their new found maturity.

Watch a visualizer for “Top 5” by Tokyo Police Club on YouTube:

With Champ, Tokyo Police Club couldn’t help but show how much fun they were having, even as their songs took a more layered turn, both musically and lyrically. Single “Boots of Danger” is every bit as catchy as the Strokes’ “Last Nite,” trading New York cool for youthful Ontario exuberance. And the record is varied, from the insistent, twitchily bouncer “Big Difference” to the somber sorta-ballad “Hands Reversed,” which could be a cousin to the best Walkmen songs.