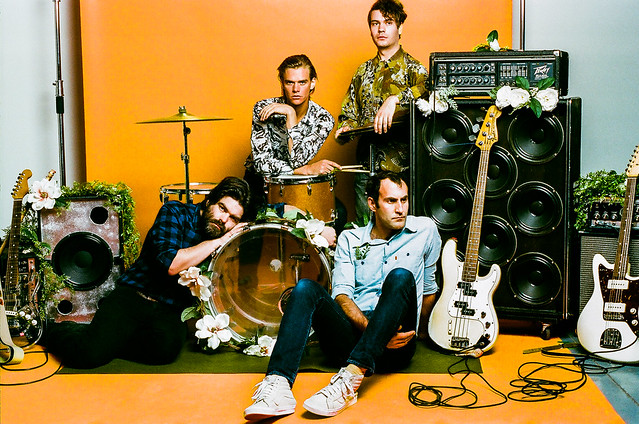 Canadian post-punks Preoccupations are on tour! And they hit DC to play Union Stage on Monday, Dec. 13 in a double-bill with punk rockers Metz.

Preoccupations’ songs have always worked through themes of creation, destruction, and futility, and they’ve always done it with singular post-punk grit. All three of their records, including New Material (Jagjaguwar), have received high praise across the board, including from Uproxx, who called it “The Best Album of Their Career.” The album builds a world for that feeling, playing through its layers and complexities while hiding almost nothing.

As singer Matt Flegel stated, “It’s an ode to depression. To depression and self-sabotage, and looking inward at yourself with extreme hatred.” Heavy stuff!

Watch the official music video for “Antidote” by Preoccupations on YouTube:

If the through-line unifying Preoccupations’ work is a furious, almost punishing cyclical quality, New Material does offer some relief. “This is somehow the most uptempo thing we’ve ever done,” Matt said.

That propulsive, itchy quality rescues New Material from the proverbial bottom of the pit. To write these songs is to force oneself to reignite, to play them is to stand up and reengage. Closer “Compliance” may not seem revelatory on first listen, but it is deeply elemental, a crucial finale and the band’s first standalone instrumental. Original versions were built to death, reexamined and re-destroyed until they landed on just two chords — something simple, fundamental — and resolved to make meaning out of that, to show instead of tell.