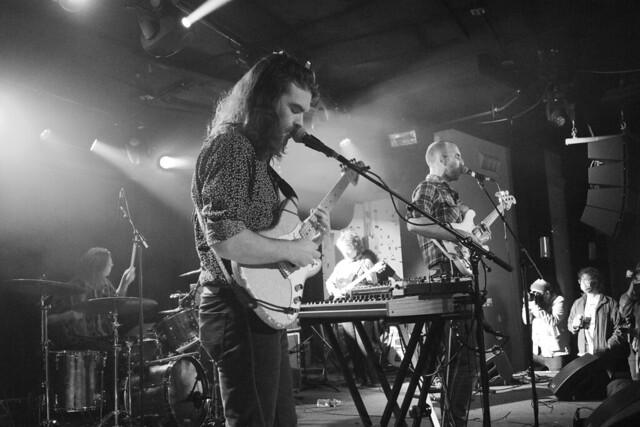 In my chosen listening experiences, synths usually deliver bright treble to a pleasing harmony. Canadian post-punks Preoccupations sought to expand my horizons a bit in a recent concert at Union Stage, where the quartet wielded their synths in a tight rumble that augmented the urgency of their music.

Preoccupations haven’t released recent music since 2018’s New Material (which for new material was pretty strong stuff)! But apparently the band wanted to shake loose the mental and physical cobwebs and hit the road, which they did very well in a turn at Union Stage on Dec. 13. The moderately crowded room was engaged and attentive, dancing as appropriate or alternatively taking it all in when called upon to focus.

To my surprise, the band drew heavily from its debut album, Viet Cong, for its 10-song setlist. This being my first exposure to the Preoccupations’ live performance, I was delighted this was the case, and I got to see and hear much of the band’s signature stuff close up. This was not to be a retread of the tour to promote New Material!

From that first album, Preoccupations started the show with the one-two punch of “Bunker Buster” and “Silhouettes.” The heavy gazey mood of “Bunker Buster” set the tone for the evening as frontman Matt Flegel and guitarist Daniel Christiansen stood at the front of the stage being led by the power of their bass and guitar respectively. Matt sang in a growl for sure, but a growl that was oddly melodic and interesting. He cut a disaffected figure, snarling between voices while awash in intense stage lighting.

“Silhouettes” continued down this path, but picked up the intensity a bit, increasing the tempo from a flickering roar to a full burn. The band increased the urgency, and drummer Mike Wallace swept the audience up with a fervent kick.

Stream the album Viet Cong by Preoccupations on Spotify:

Eventually, Daniel and guitarist/keyboardist Scott “Monty” Munro turned their attention to two wood-paneled Korg synthesizers that sat lonely on the stage for a while. The musicians used those synths to strong effect on “Antidote,” the sole song selection from New Material, late in the set. The mood already having been set by Preoccupations’ menacing, stampeding guitars, the synthesizers plugged into that atmosphere while adding a smooth element to the otherwise jarring cadence of the band’s intense rhythms.

That intensity never diminished through the show to closing number “March of Progress,” a beautifully constructed and enthralling number that could have come from the first-wave post-punk brains of Colin Newman and Wire. As the word “March” suggested, the band paraded through a very driven set of guitar chords. The synths here brightened the proceedings immeasurably, filling out the sound in a way that invited the audience to lose themselves in place. Still, the synths remained more rumbly than sparkly, which certainly suited Preoccupations.

I am intrigued to see how these gents expand their sound in the future. Some of their must intriguing instrumentation played with psychedelic touches without fully wading into those waters. As Preoccupations are done touring for now, we can wait to see if they bring out yet some more New Material the next time they visit.

Here are some photos of Preoccupations performing at Union Stage on Dec. 13, 2021. 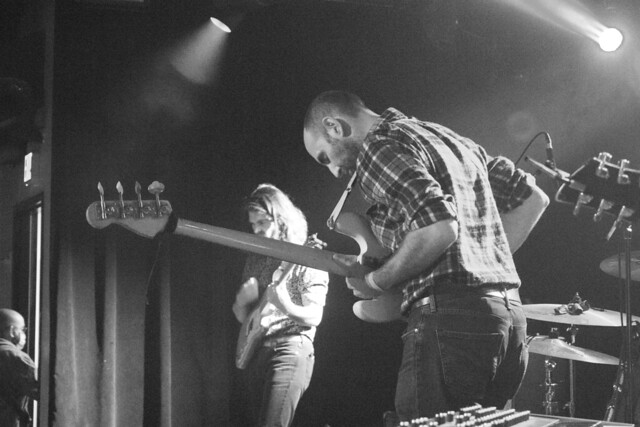 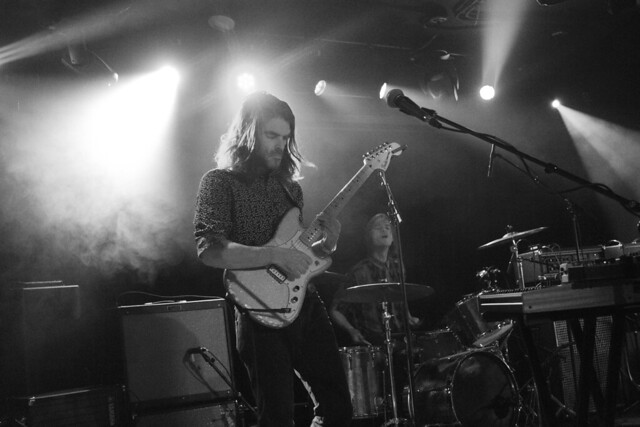 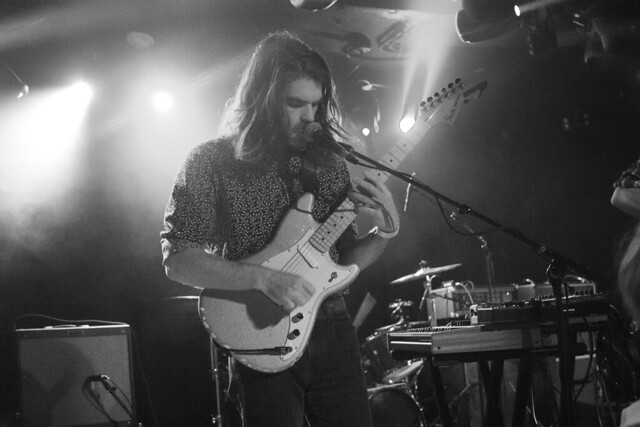 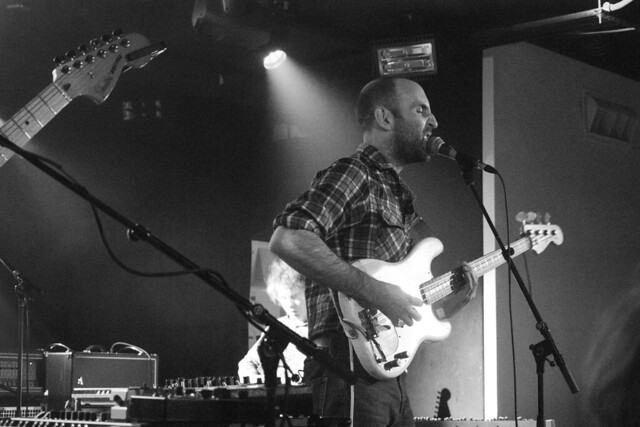 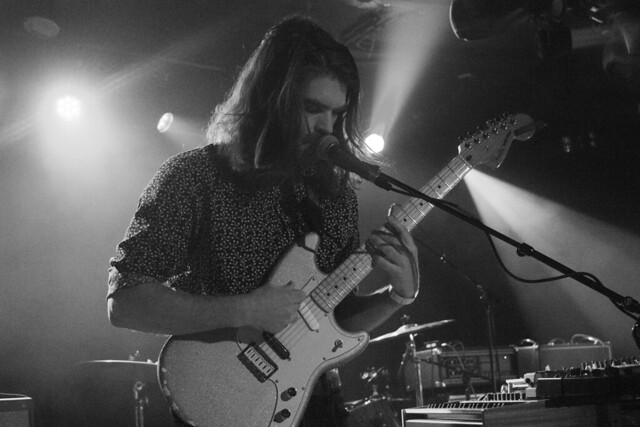 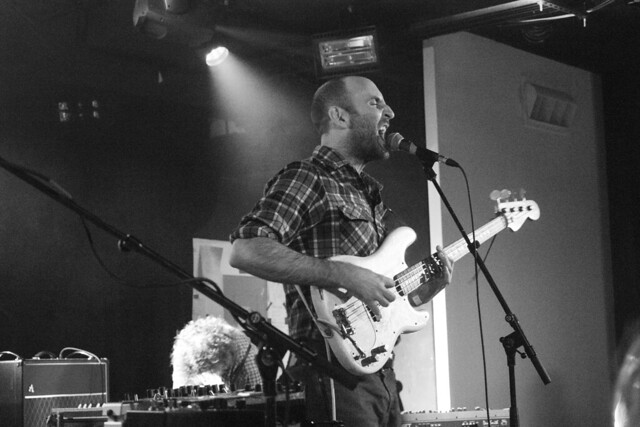 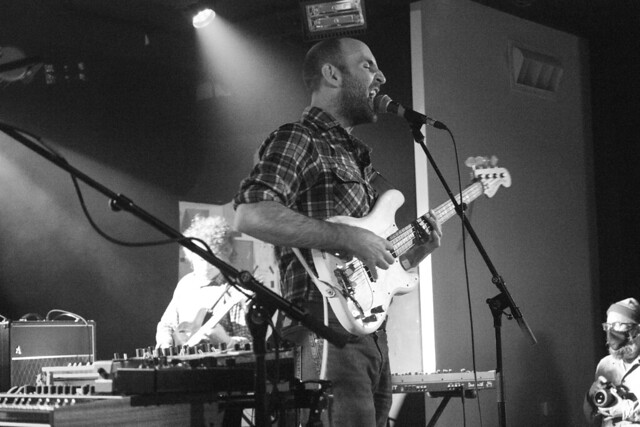 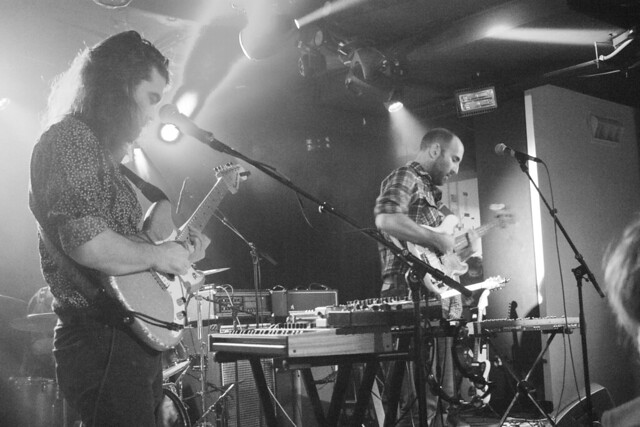 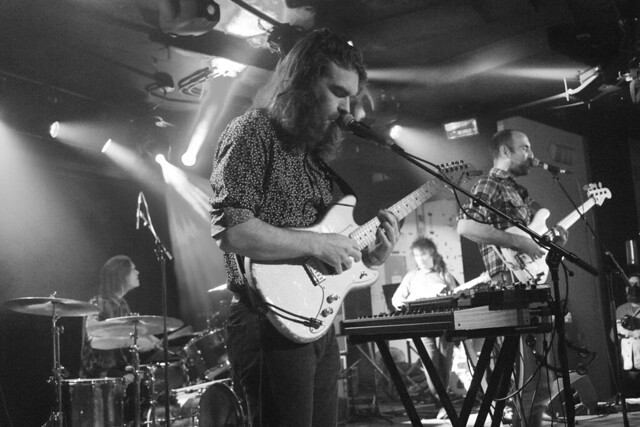 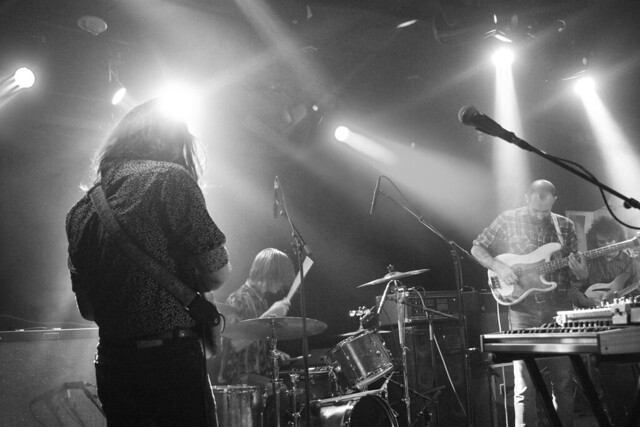 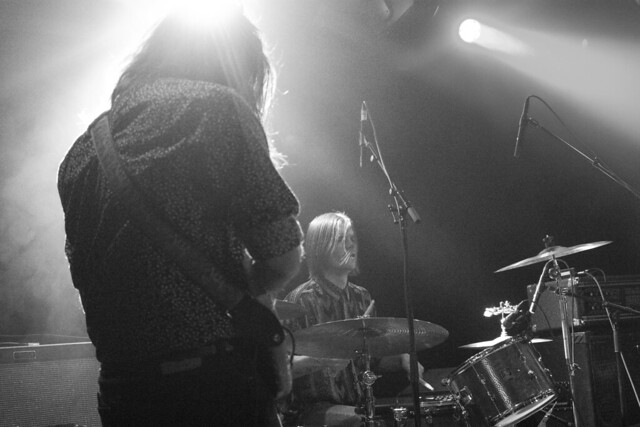 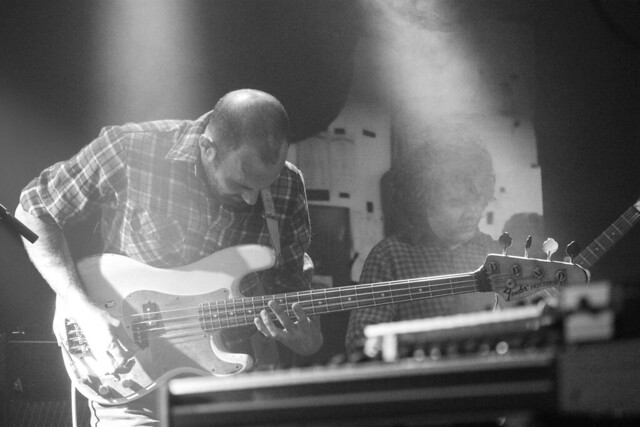 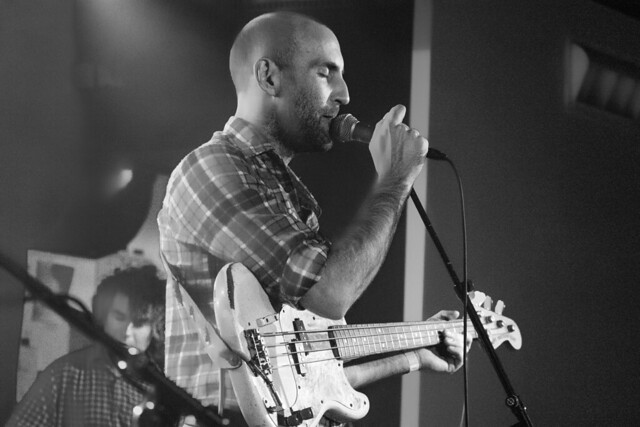 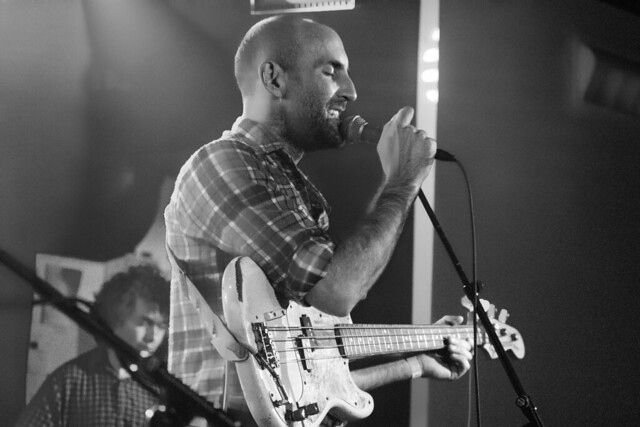 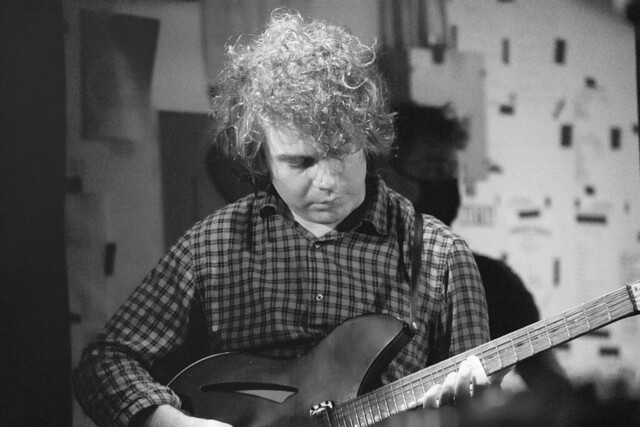 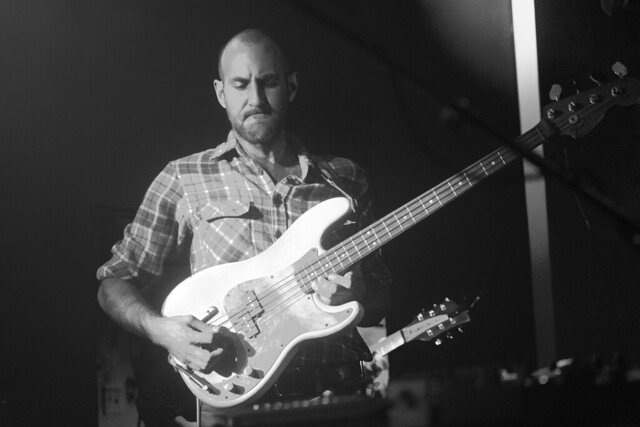 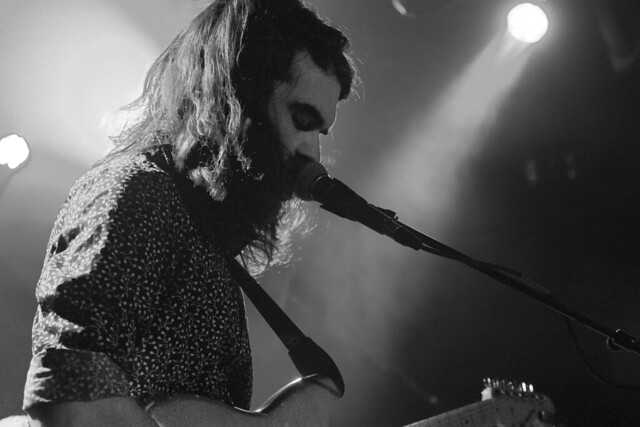 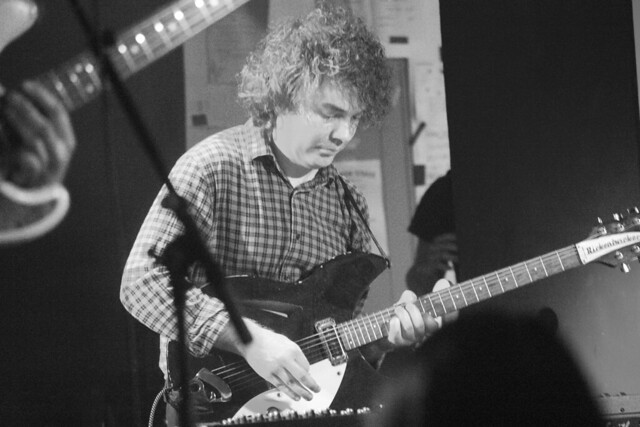 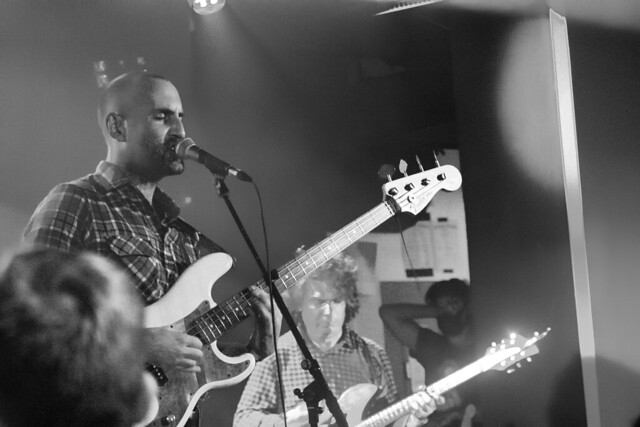 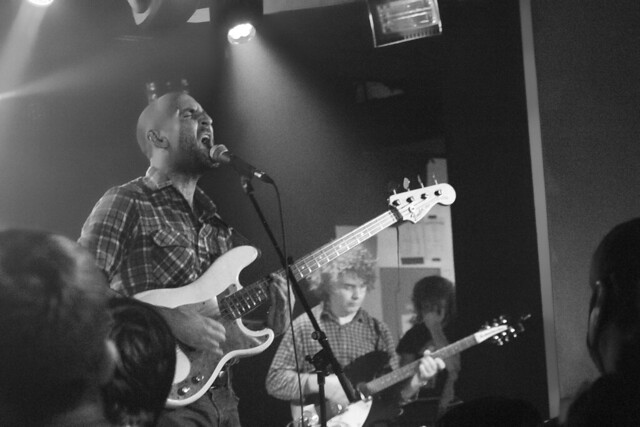 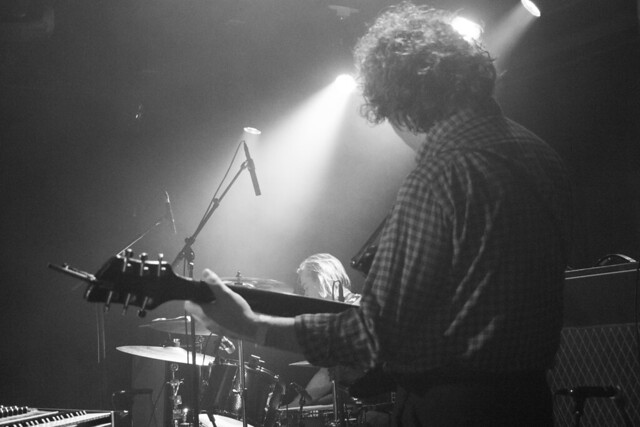 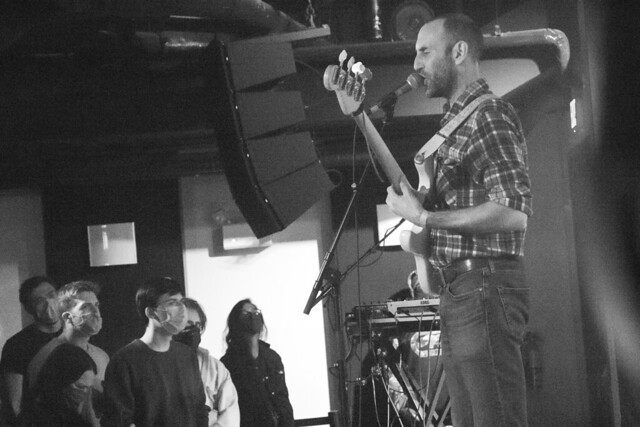 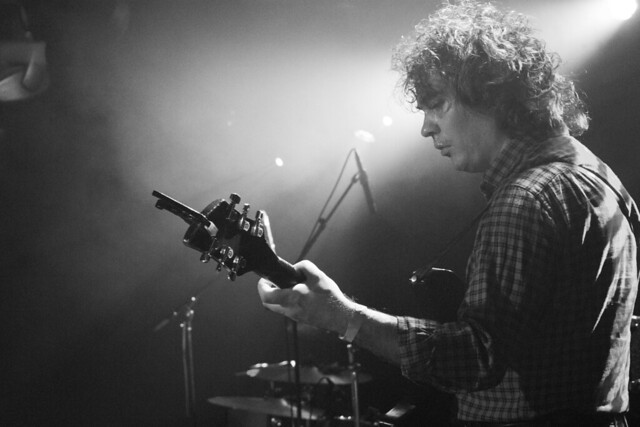 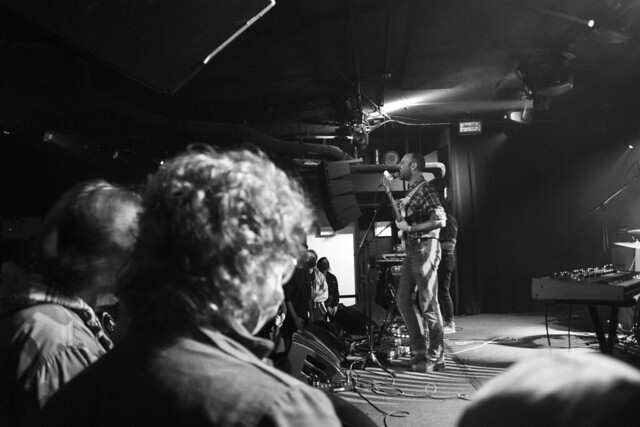