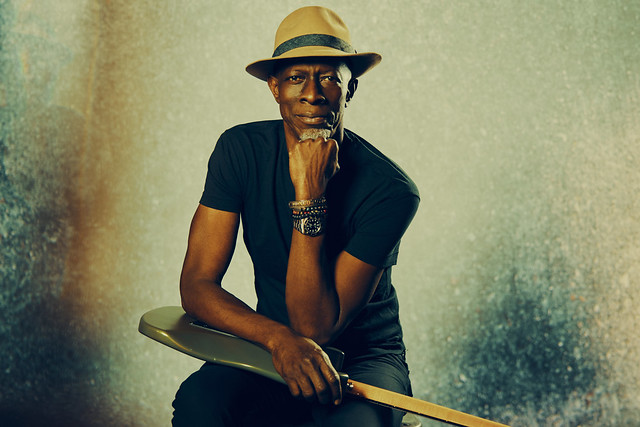 On Jan. 21, the great Keb’ Mo’, identified by his wife as the “happiest man in the blues world,” releases his new album, Good To Be. Prior to that, Keb’ Mo’ performs at The Birchmere on Thursday, Jan. 20. What terrific timing!

It’s a little over 2,000 miles from Compton to Nashville, but drop the needle on Keb’ Mo’s captivating new album, Good To Be, and you can make the trip in a cool three-and-a-half-minutes flat.

“I’ve lived in Nashville for the last eleven years,” said Keb’, “but Compton has always been my home. Finding a way to connect those two places on this album was a powerful thing for me. It felt like something I needed to do.”

Written partially in Nashville and partially in the Compton house Keb’ grew up in, Good To Be is a celebration of roots and resilience, of growth and gratitude, of hope and memory. The songs here draw on country, soul, and blues to forge a sound that transcends genre and geography, weaving together past and present into a heartwarming tapestry spanning more than forty years of sonic evolution.

“I believe that music has the power to heal,” Keb’ said, “and I wanted this album to make people feel good. I wanted it to bring joy and make them maybe think about where they come from and the journeys that brought them to where they are.”

For Keb’ Mo’, that journey began nearly half a century ago, when he landed his first major gig in Papa John Creach’s band at the age of 21. Over the course of the next 20 years, Keb’ would go on to establish himself as a respected guitarist, songwriter, and arranger, and though he recorded a one-off album in 1980 under his birth name, Kevin Moore, it wasn’t until 1994 that he would introduce the world to Keb’ Mo’ with the release of his widely acclaimed self-titled debut.

With Good To Be, Keb’ Mo’ appreciates all he has, and he invites us to join him on his journey.