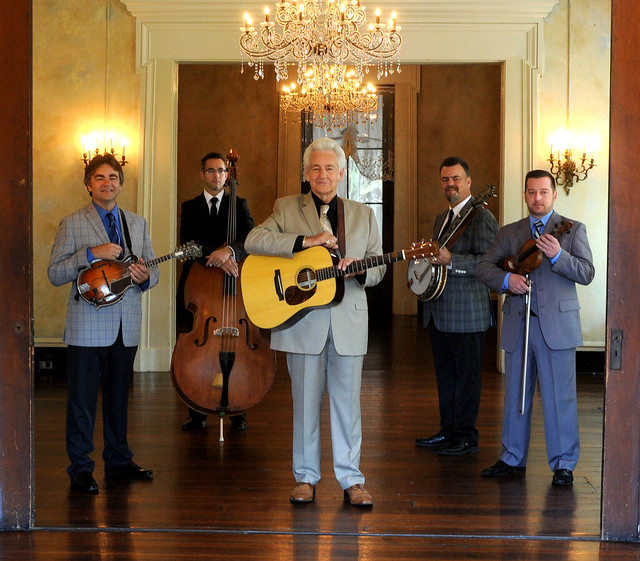 Del McCoury is the living link from the nascent sound of bluegrass that charmed hardscrabble hillbilly honkytonks, rural schoolhouse stages, and the crowning glory of the Grand Ole Opry to the present-day culture-buzz of viral videos and digital streams.

The Del McCoury Band performs at the Gordon Center for the Performing Arts in Owings Mill, Maryland, on Saturday, Jan. 29!

Del McCoury will release Almost Proud (McCoury Music), a blue-collar collection of songs that reflect McCoury’s self-image of a working man who chose music as his vocation. Almost Proud, out on Feb. 18 is comprised of four songs about love lost, one love song that sounds like many others he’s cut as a tribute to his wife of 57 years, Jean, two cheatin’ songs, two drinkin’ songs, one extolling the virtues of hard work, and one about a working-class hero standing up to big coal in the West Virginia of the early nineteen hundreds.

When asked about the song selection, Del said, “I’m as excited about listening to new music today as the day I started — finding a new tune or a story that tickles me. This album is the best of what I heard while the world was on pause.”

Watch The Del McCoury Band perform “I Feel the Blues Moving In” live at the Grand Ole Oprey in 2021 on YouTube:

Emerging from humble beginnings in York County, Pennsylvania, nearly 80 years ago, Del was not the likeliest of candidates for legendary status. As a teen, he was captivated by the banjo playing of one of its masters, Earl Scruggs, and decided he’d be a banjo picker, too. The Baltimore/Washington, DC bar scene of the early 1960s was lively and rough. Del caught a break. More than a break, really. It was an opportunity of a lifetime; joining Bill Monroe’s Blue Grass Boys in early 1963. Considered the Father of Bluegrass, Monroe transformed McCoury, moving him from the banjo to guitar, anointing him lead singer, and providing him with a priceless trove of bluegrass tutelage direct from the source.

Countless hours of recording sessions and miles of tireless touring dotted the decades. Del carried on, and carried with him the hallowed traditions of the form and its dedicated following. The passing years became certificates of authenticity. So, in the sea of grunge and R&B that dominated the music scene of the mid-1990s, it was special, perhaps even startling, to see: There was Del.

Now helming The Del McCoury Band, with sons Ronnie and Rob, the ensemble did and continues to represent in a larger, growing musical community a peerless torchbearer for the entire sweep and scope of bluegrass history. Those many years, not to mention a good-natured willingness to stay alert to the latest sounds and opportunities around him, earned McCoury a whole new generation of fans, including some in unlikely places.

“I’m just doing what’s natural,” Del said. “When young musicians ask me what they should do I always tell them, ‘You do whatever’s inside of you. Do what you do best.’”