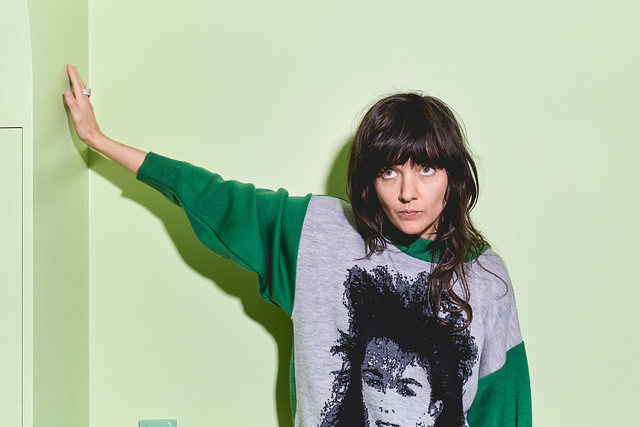 Courtney Barnett released her third studio album Things Take Time, Take Time last year to critical acclaim and this weekend she kicks off a North American tour which brings her to the 9:30 Club for two nights on Wednesday, Feb. 2, and Thursday, Feb. 3.

Things Take Time, Take Time is a finely woven collage of snapshots recorded at a time of creative renewal and deeper understanding for Courtney, signaling an exciting new chapter for a musician who is operating at the very peak of her powers. Receiving critical acclaim from the likes of Rolling Stone, New York Times, NPR, Consequence, and more, Things Take Time, Take Time sees Barnett consolidating her place in the storied global lineage of ground-breaking and influential singer-songwriters.

The album is a journey through heartbreak, recovery, and all the soft moments in between that speak to feelings and experiences so innately human and so innately Courtney Barnett, like Zoom friendships and satellites drifting through a summer’s sky. It’s no wonder Courtney has achieved such legendary status throughout her career; she understands the human need for comfort and self-reflection so perfectly and applies it to her aptly created songs to create bodies of work that withstand the test of time.

Watch the official music video for “If I Don’t Hear from You Tonight” by Courtney Barnett on YouTube:

In 2019, Courtney found herself at some point close to burnt out. “By the end of the Tell Me How You Really Feel cycle, I was a bit down on myself, and exhausted — not exhausted of touring or music, but just of life,” she said. The songs she was writing were tainted with an ambient sense of anger — not aimed towards any one person or thing, but present nonetheless. Her brain was due for a rewiring, something to help shake off the blues. She toured alone for a little while; as 2020 began, she felt the positive slowly begin to creep back in, brushing off the cobwebs that had begun to collect. She began to write songs that were looser, sweeter, kinder to herself and to others.

In March 2020, Courtney flew back home to Melbourne, to live alone for the first time in her life and, back home, she was afforded time to do the things that the life of a touring musician often can’t allow: listen to music she never thought she’d listen to; reflect on things she didn’t realize needed reflection; sit with herself and her thoughts, with no interruptions or conflicting schedules. She continued to write, still tapping into the vein of positivity she’d reclaimed earlier in the year, and, eventually, found herself with the material that would end up becoming her most joyous record to date. Things Take Time, Take Time.