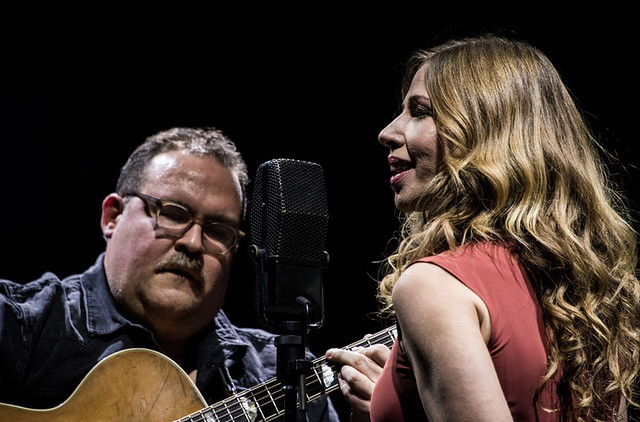 The human voice is, indeed, miraculous. It can be used to convey love and hatred, compassion and anger. It can be soft, barely a whisper or a shout, like a foghorn. But in the hands (to mix a metaphor) of a master, the voice is a tool, a device, an instrument to create melody subtle and pleasing — a way to elicit a range of emotions that transforms both listener and artist in ways neither could have anticipated. Above all, it can even suspend the moment, crystallizing what music is meant to do: inviting one to live in the moment, completely and absolutely.

On a recent (and chilly) Sunday evening, Rachael and Vilray (pronounced VILL-ree) sang songs of myriad emotions and created a warm and intimate evening for a packed Miracle Theatre. Their music recalls the days of Ella Fitzgerald, Peggy Lee, and Johnny Mercer while simultaneously showcasing Vilray’s witty and charming modern-day compositions that, undoubtedly, will also one day easily reside in the American Songbook.

Taking the sparse and unadorned, but well lit, Miracle Theatre stage on Jan. 23, the duo took us on a lively, entertaining 90-minute journey through Vilray’s vintage sounding but thoroughly contemporary tunes. At turns witty and sassy (as Rachael playfully remarked), other times humorous and fun, and occasionally melancholy, Vilray’s compositions truly evoke (but never imitate) ’30s and ’40s Tin Pan Alley tunes, a period about which he and Price are both passionate.

The aforementioned stage, with its solitary RCA 44A ribbon microphone made in 1940, a tube Fender amp, and two small monitor speakers kept the focus on the performing musicians. In addition to the Miracle’s stellar acoustics, the understated, non-distracting lighting made for a wonderfully intimate evening, albeit filled with laughter, singalongs, and cheerful artist/audience banter.

Opening with “Treat Me Better,” the evening featured songs from their 2019 debut album, Rachael & Vilray (Nonesuch), as well as newer tunes slated for an album in 2022. Vilray performed the entire set with a gorgeous Epiphone Deluxe, the delicate phrasings and catchy melodies a perfect accompaniment to their gorgeous harmonies, again enhancing the intimacy of the show. At one point he acknowledged bringing the past into the present, saying the mic was from the 1940s, the guitar from the 1950s, the amp from the 1960s, and that he and Rachael are from the 1980s.

Stream the self-titled album by Rachael & Vilray on Spotify:

Vilray remarked on his love of vintage gear, noting that as the technology changed in the ’30s and ’40s, microphones became more sensitive thus allowing the vocals to become clearer and more nuanced. The electric guitar, invented in the early 1930s, was adopted by jazz guitar players who wanted to play single-note guitar solos. With amplification, they could now do so and not get buried under the big band sound, and as a result, the electric guitar moved into the position of a lead, rather than support, instrument.

This idea of marrying the past with the present also manifests itself in his songs, some of which are responses to older traditional jazz standards. Speaking with Fresh Air in 2020, Vilray said, “Well, like, ‘Treat Me Better’ — I think I was probably coming from a place of Gershwin’s ‘Let’s Call the Whole Thing Off,’ which is, you know, a duet about how …. there’s no reason for us to be together, but we are. And, you know, maybe we shouldn’t be. And by the end, they’ve kind of come to this decision that they should be. They’re going to call the calling off, off. So I was kind of trying to write something that would fit in that space in a musical.”

Treat Me Better
Manhattan
Join Me
Laundromat Swing
Even in the Evenin’
Hate is the Basis of Love
Why Do I?
Do Friends Fall in Love?
Any Little Time
Dedicated to You
Good Man
It’s All Your Fault
I Can’t Go to Sleep
Nunca Jamas
At Your Mother’s House
Let’s Make Love on this Plane
I’m Not Ready
There’s No True Love
Oh Johnny
Good Night My Love

As Rachael Price fans know, she is the lead singer for Lake Street Dive, a five-member outfit whose music explores classic pop, Motown, and swing-era jazz. But her work with Vilray has given her space to explore another of her musical loves: traditional ’30s and ’40s vocal jazz. Price and Vilray met as students in 2003 at the New England Conservatory of Music. Price says, “I didn’t know that Vilray and I shared a love of this particular time period of jazz. It was all I liked to listen before I got there and everyone at school was listening to more avant garde, free stuff that I had yet to be exposed to. So I hid my love of traditional jazz music. I didn’t know then that he played it perfectly.”

That shared love was on full display Sunday night. Singing into a single microphone could easily throw off many singers, but when Rachael and Vilray perform, they seem to be singing to each other just as much as to the audience. It looks and feels natural… and extremely intimate, like the audience is getting a peek into a shared secret. But the music never feels like a nostalgia act, rather a Rachael and Vilray performance feels transformative, like, after flipping through the bins in a musty used record store, discovering an obscure old vinyl treasure that when played, sounds fresh and new.

Watch Rachael and Vilray perform “Do Friends Fall in Love” on The Late Show with Stephen Colbert:

In September of 1991, reflecting on the Grateful Dead’s success over the years, guitarist Jerry Garcia said, “And I thought that maybe this idea of a transforming principle has something to do with it. Because when we get onstage, what we really want to happen is, we want to be transformed from ordinary players into extraordinary ones, like forces of a larger consciousness. And the audience wants to be transformed from whatever ordinary reality they may be into something a little wider, something that enlarges them.”

Although one doesn’t immediately think of the Grateful Dead after a Rachael and Vilray performance, the notion of transformation clearly applies. Afterwards, and though I can’t speak for the entire audience or the artists, their “vintage” music left us feeling feeling refreshed, renewed, and in many ways, rejuvenated. After the show I went home feeling lighter, happier, and wrapped in a warm musical blanket that felt both familiar and new… and kept me warm in the cold January night.

Here are some photos of Rachael and Vilray performing at The Miracle Theatre on Jan. 23, 2022. All photos courtesy and copyright Mark Caicedo. 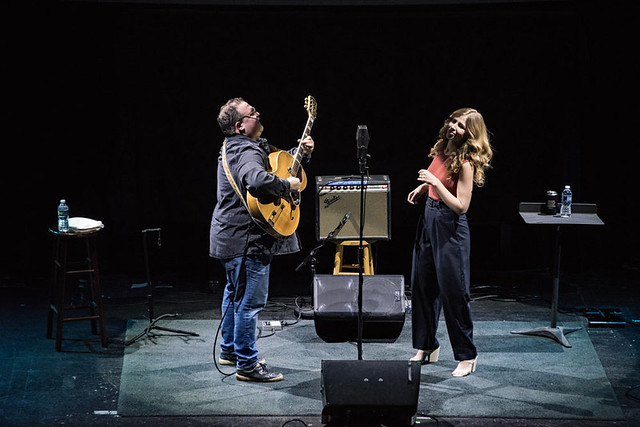 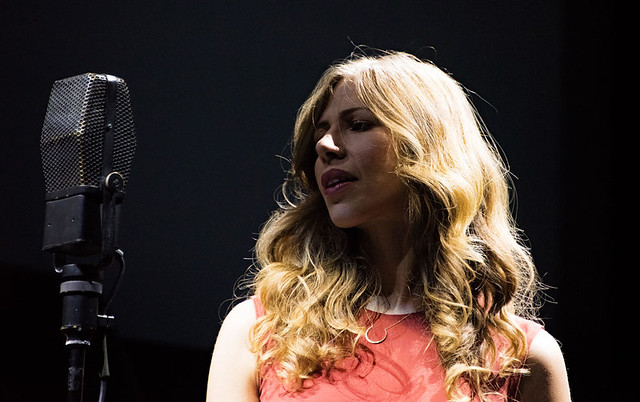 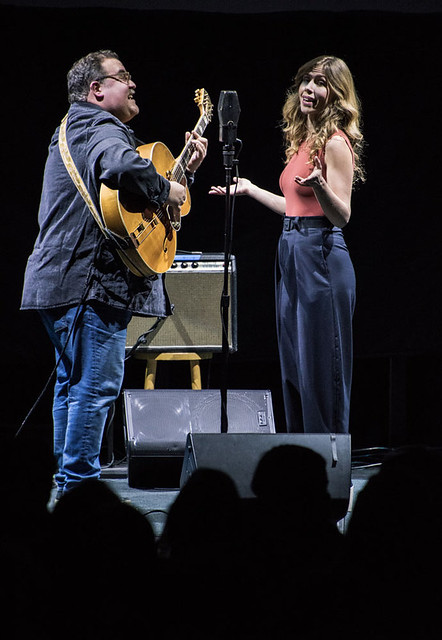 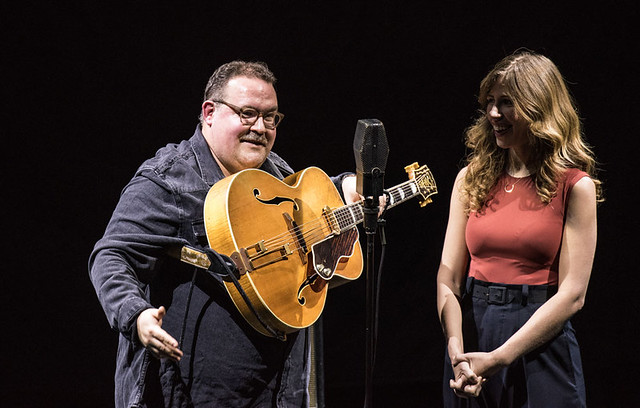 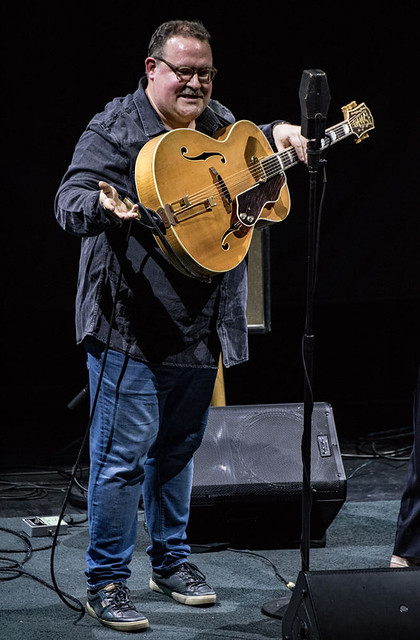 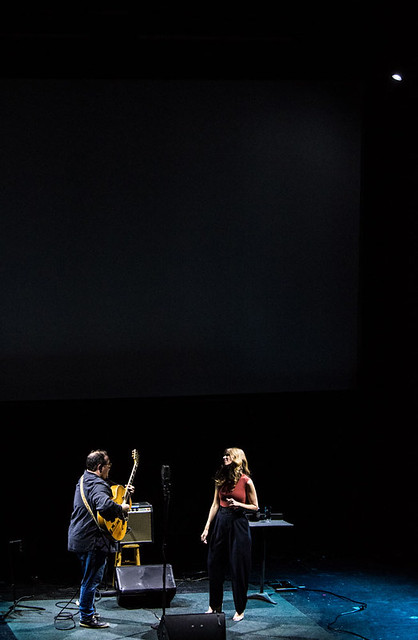 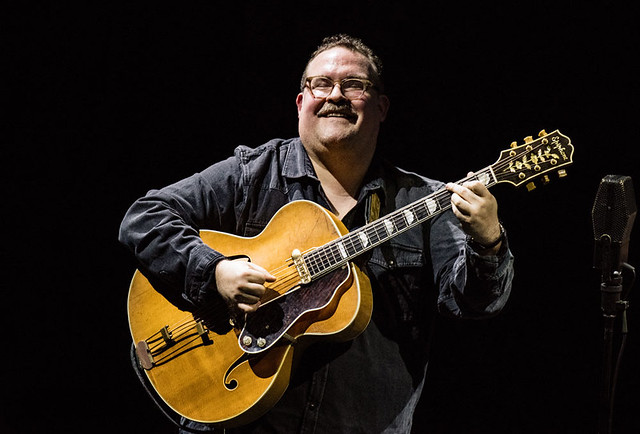 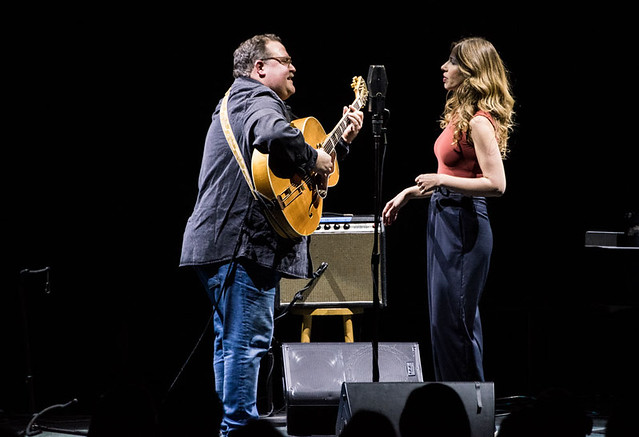 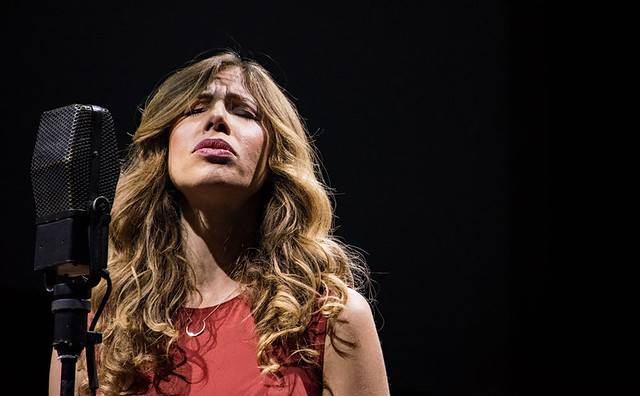 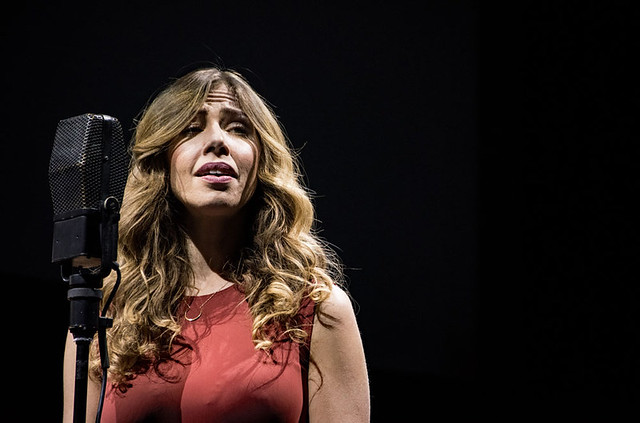 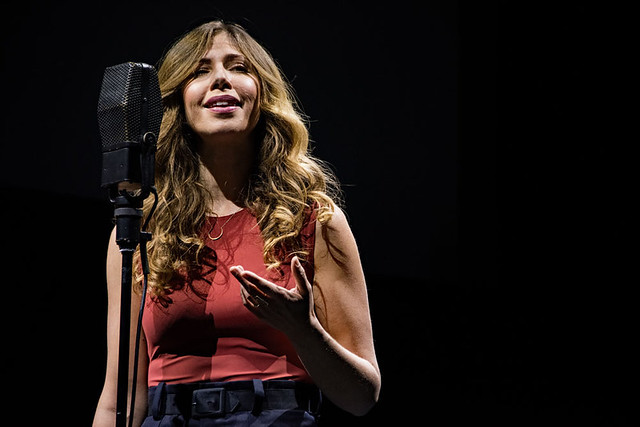 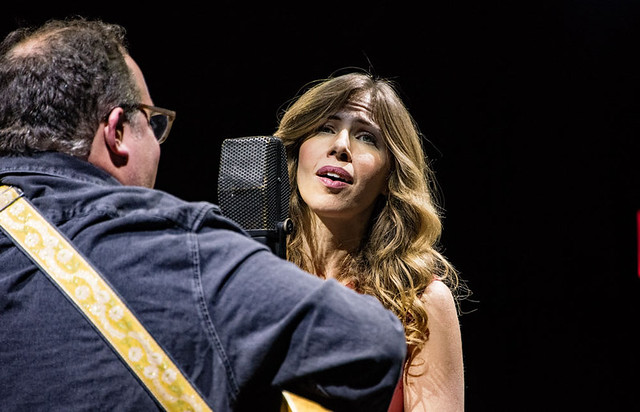 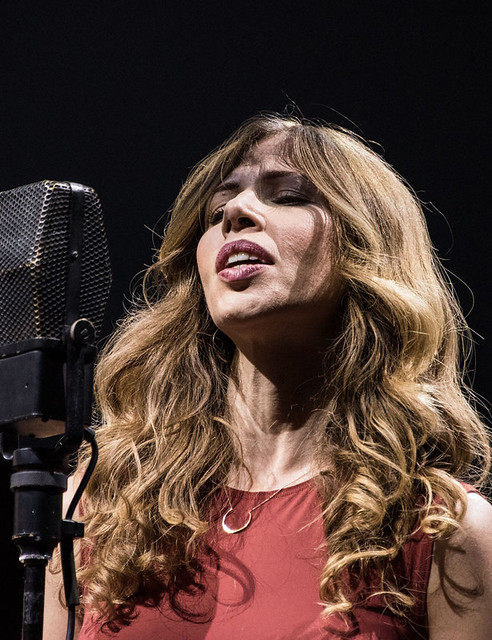 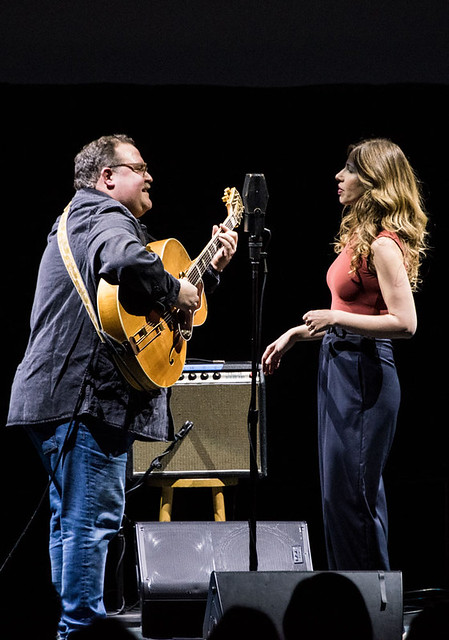 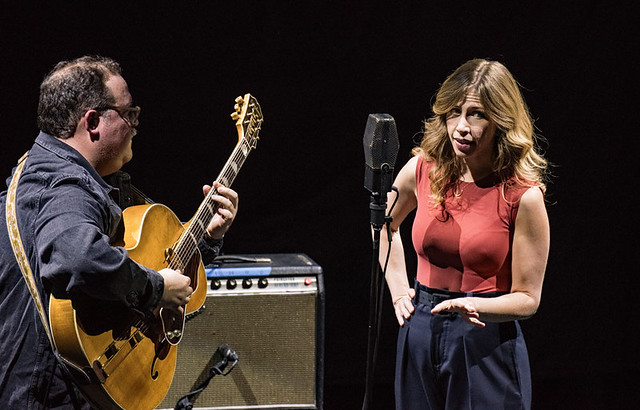 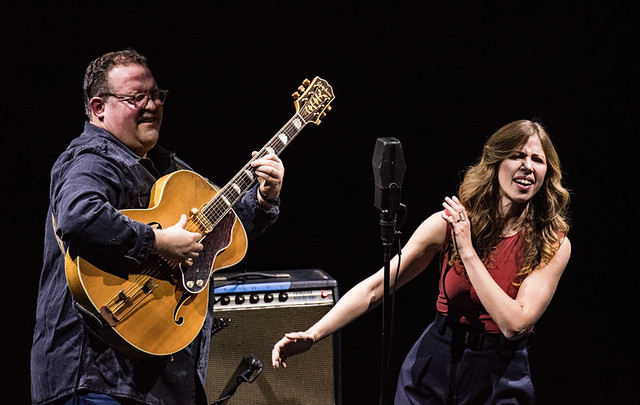 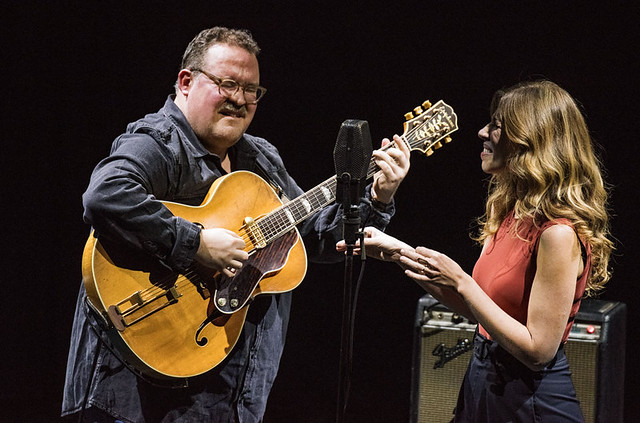 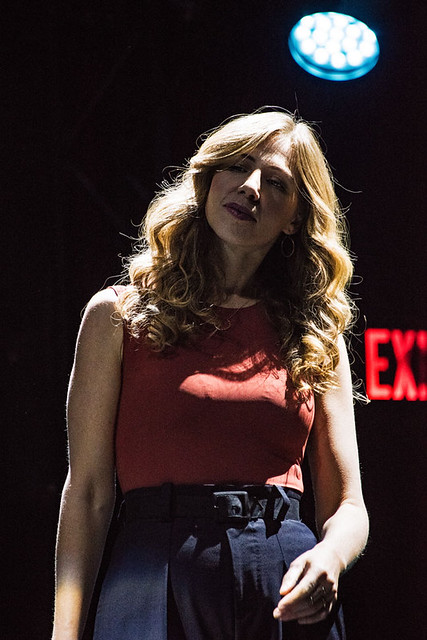 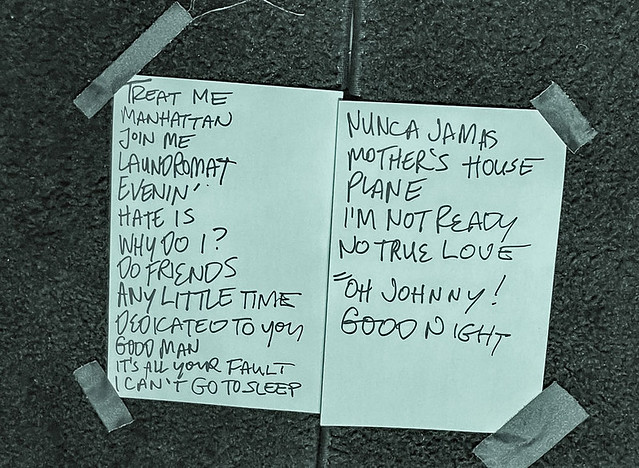 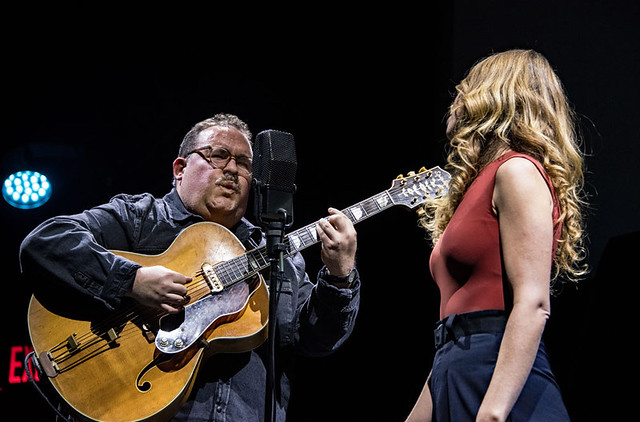 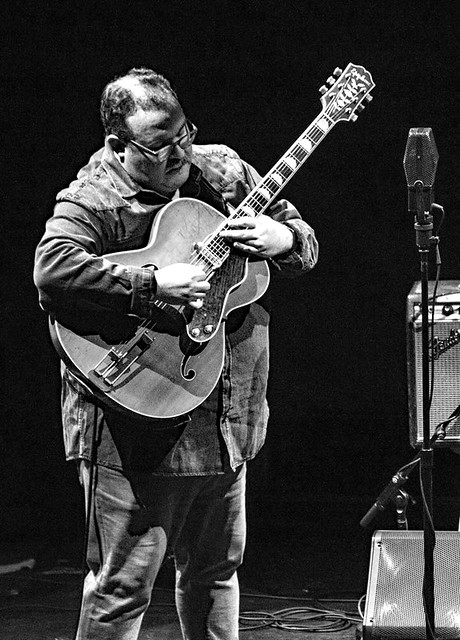 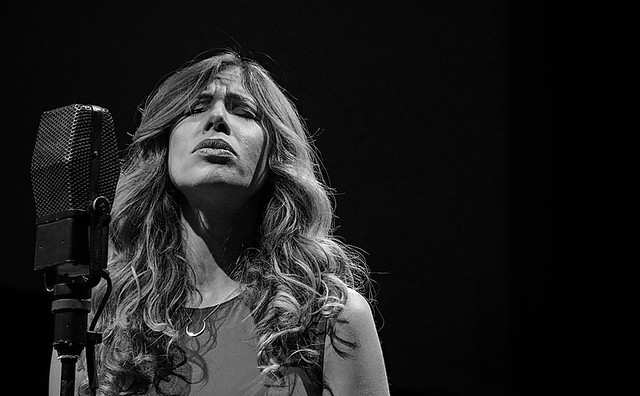 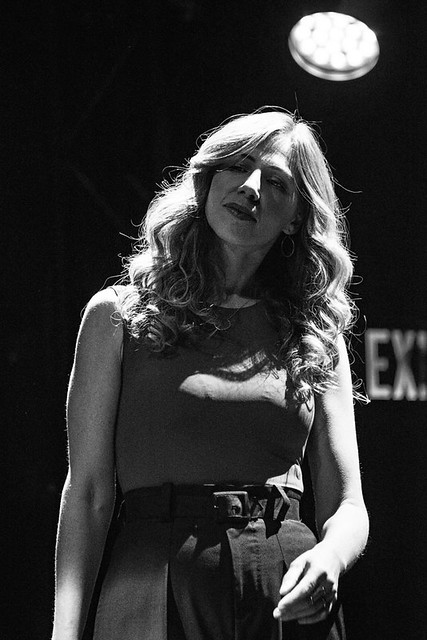 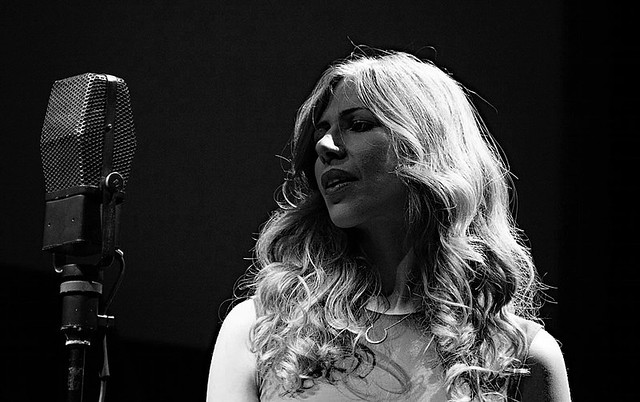 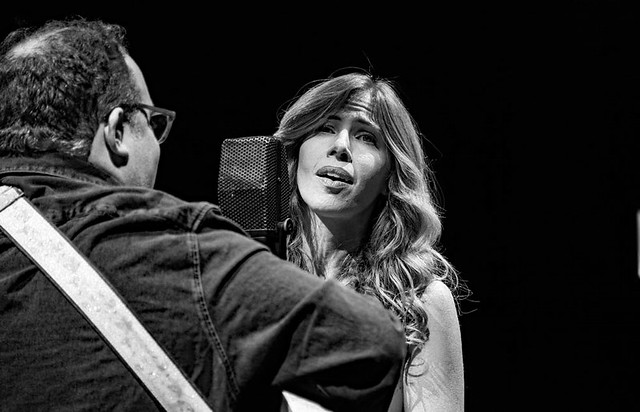