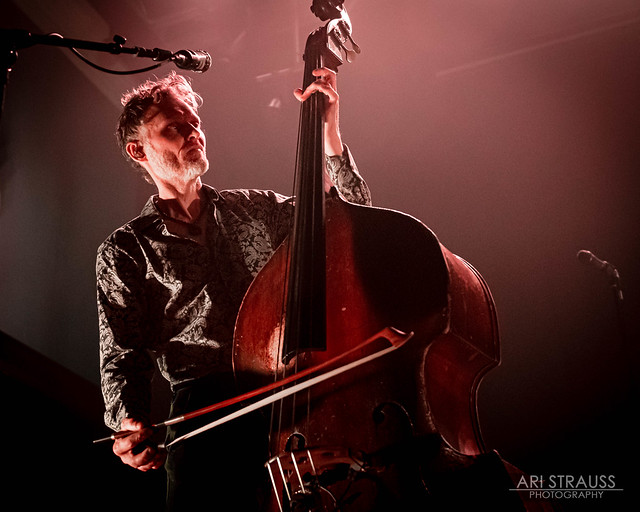 At one point during The Wood Brother’s set at 9:30 Club recently, I pointed out bassist Oliver Woods’s unusual technique on the electric bass. Rather than the standard overhand overhand method of playing the instrument, he was using the hand positioning that is standard for the guitar. That wasn’t the only thing that was unusual about Chris’s playing: When he plays the upright bass, he typically uses a bow.

This versatility and use of unusual techniques in Chris playing comes from his background prior to the formation of The Wood Brothers, He studied jazz bass at the New England Conservatory of Music, after which he cofounded the jazz fusion group Medeski, Martin & Wood.

For more than 15 years, Chris has been making music with The Wood Brothers, which consists himself, his brother Oliver, who plays guitar and sings leads vocals, and multi-instrumentalist Jano Rix. Oliver and Chris grew up in Boulder, Colorado, with a father who played folk music and a mother who was a poet. While they share a passion for music, Chris and Oliver followed very different paths to the present. Moving to Atlanta, Oliver played in cover bands, eventually touring with bluesman Tinsley Ellis, then forming his own group, King Johnson.

The early folk influences still pervade their music. In an intimate moment in their set at the 9:30 Club on Jan. 26, they gathered around a single mic to sing the traditional ballad “Liza Jane.” It was, as Oliver noted before “The Muse,” the band’s first show at the venue — or anywhere in DC, for that matter — in 3 years. (Oliver did perform solo at the Strathmore this summer.) Oliver praised the famed concert hall, saying, “You may not realize how much people love coming to the 9:30 Club,” and expressing a fondness for the chocolate cupcakes. (As with most things at venues, they don’t come cheap, but they are super tasty, and they’re ridiculously large!)

Since their last visit, they’ve released a new album, Kingdom In My Mind. They played several tracks from it, including “Alabaster,” “Don’t Think About My Death,” and “Little Blue.” There was an amusing moment when Chris announced the next song as “Cry Over Nothing,” but he had mentally reversed it with “Little Bit Sweet.” My favorite song off the album is “A Little Bit Broken,” a straightforward folk song with the message that we’re all a little bit broken, and that’s okay.

Watch The Wood Brothers perform “A Little Bit Broken” for World Cafe in Philadelphia on YouTube:

It was a lengthy set, about 2 hours, beginning with “Fall Too Fast,” and concluding with “Luckiest Man.” Other songs included “Mary Anna,” “Wastin’ My Mand,” “Keep Me Around,” “Losin’ Streak,” “Postcards From Hell,” “Who The Devil,” “Sing About It,” and “Never and Always.” Before “Stumbled In,” Chris thanked the audience for complying with protocols, and said, “You can see the smiles in the eyes.” For their encore, they played “Happiness Jones” and “Honey Jar.”

Scheduled opener Steve Poltz was unable to appear due to illness, but Charlottesville-based  David Wax Museum did an admirable job as substitutes. I’d never seen the indie folk duo made up of guitarist David Wax and multi-instrumentalist Sue Slezak, and found them quite engaging. David Wax Museum will perform at Jammin’ Java in Vienna on March 11, and they also have upcoming performances in their home base of Charlottesville.

Here are some photos of The Wood Brothers performing at 9:30 Club on Jan. 26, 2022. All photos copyright and courtesy of Ari Strauss. 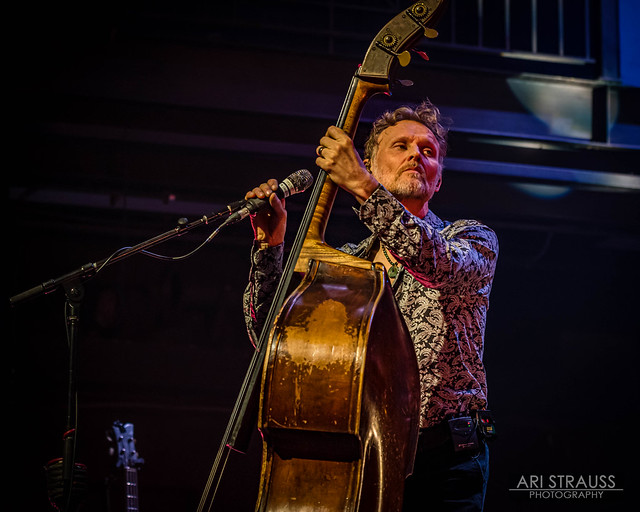 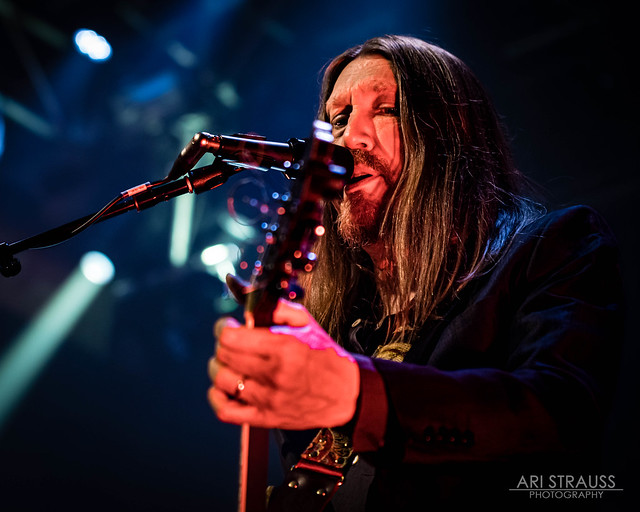 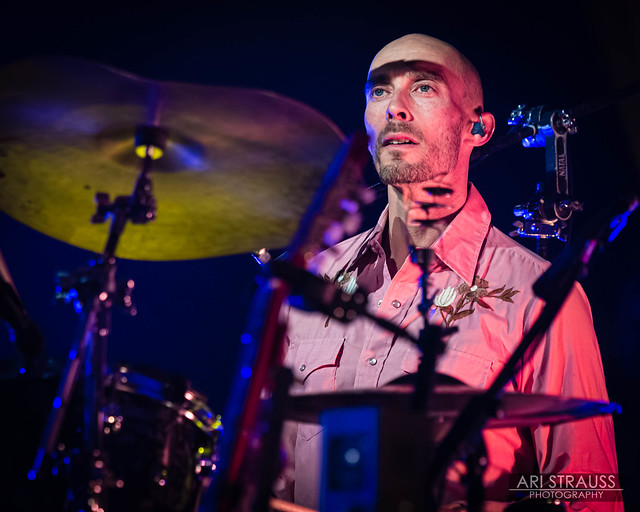 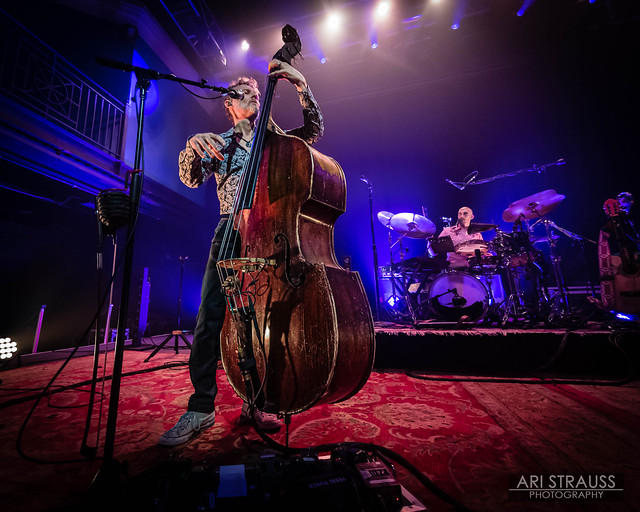 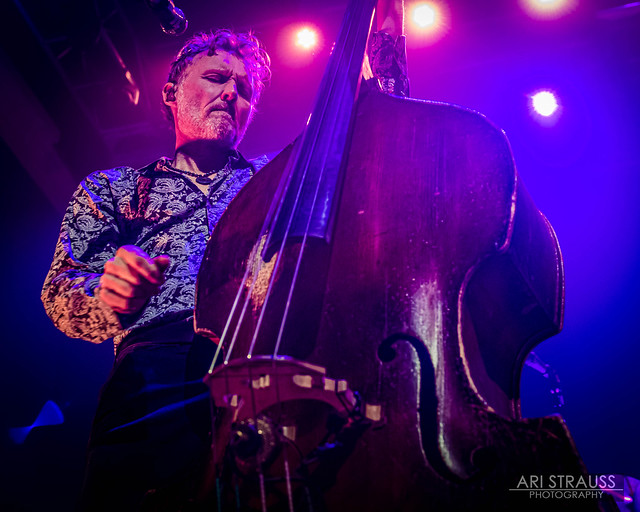 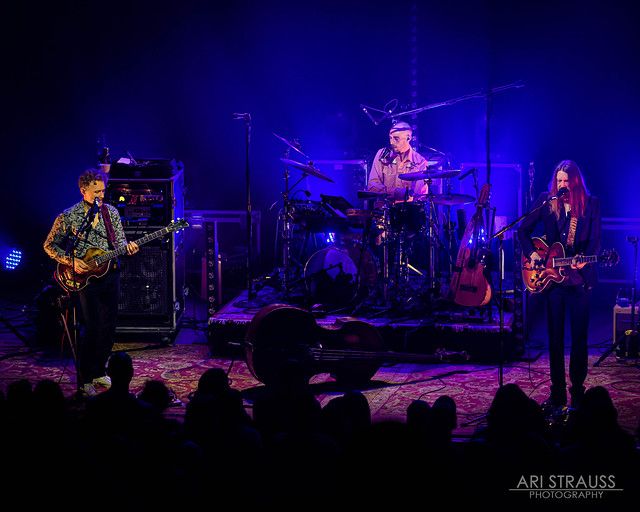 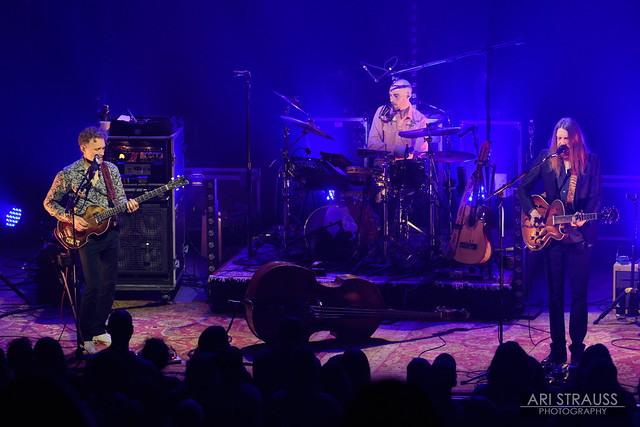 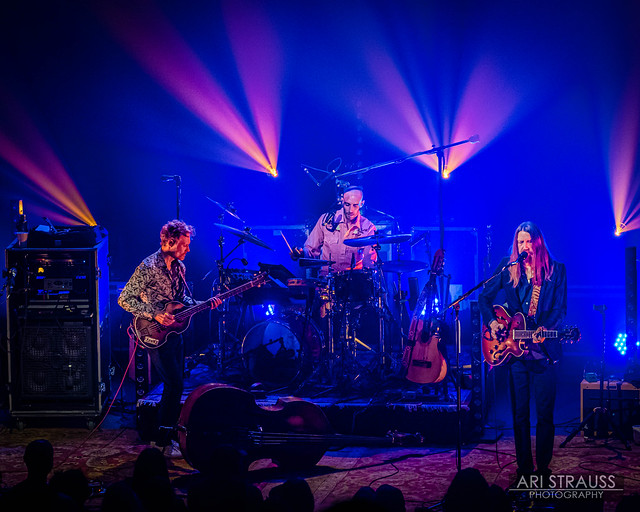 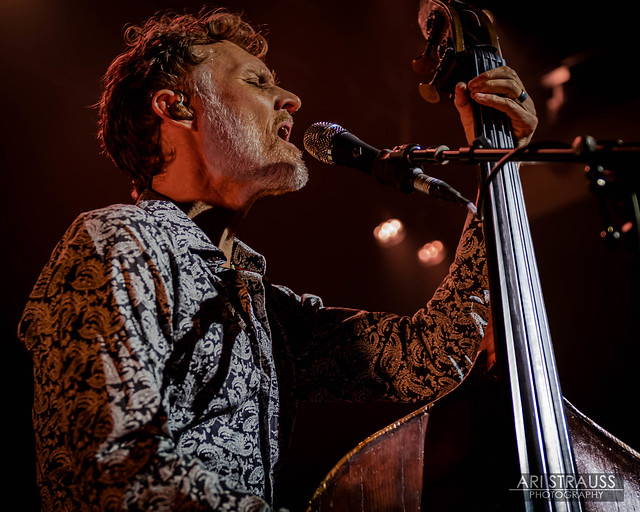 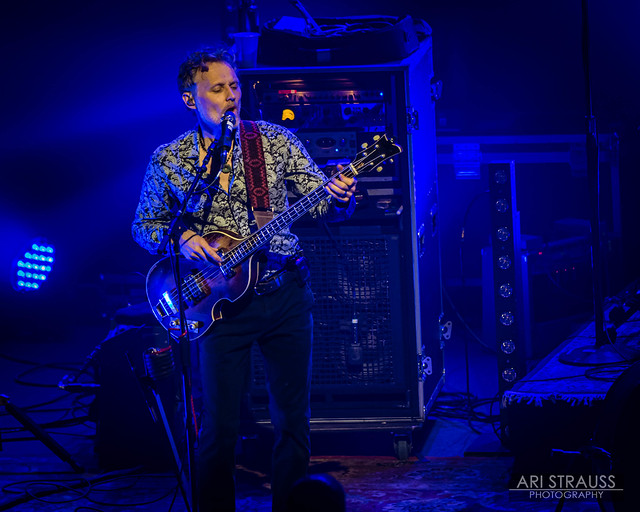 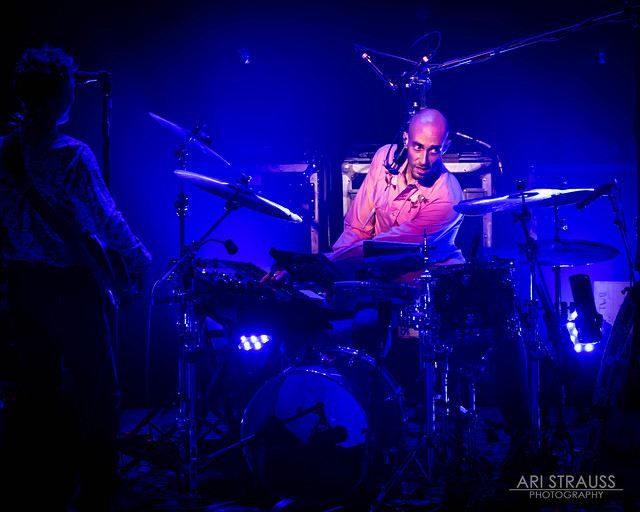 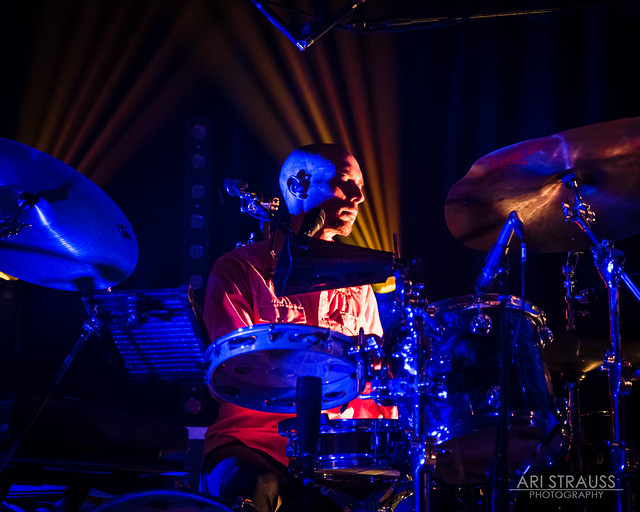 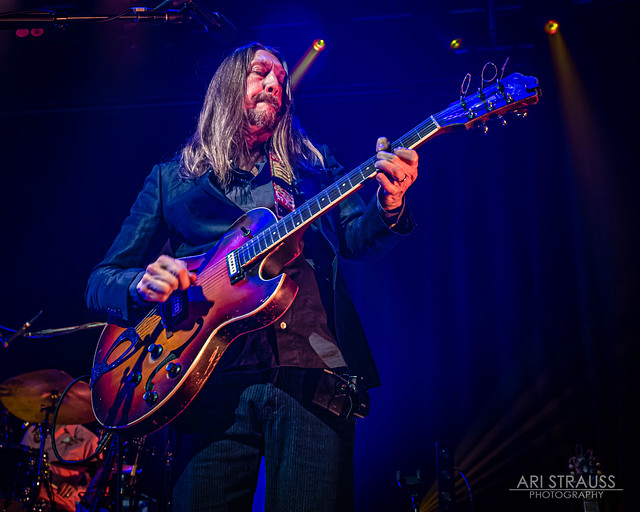 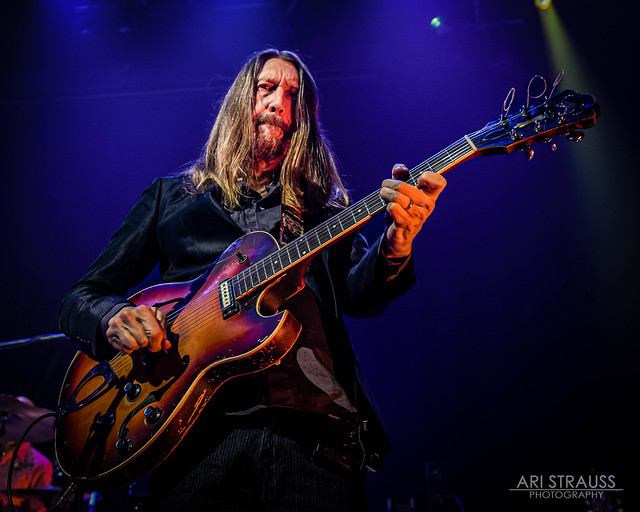 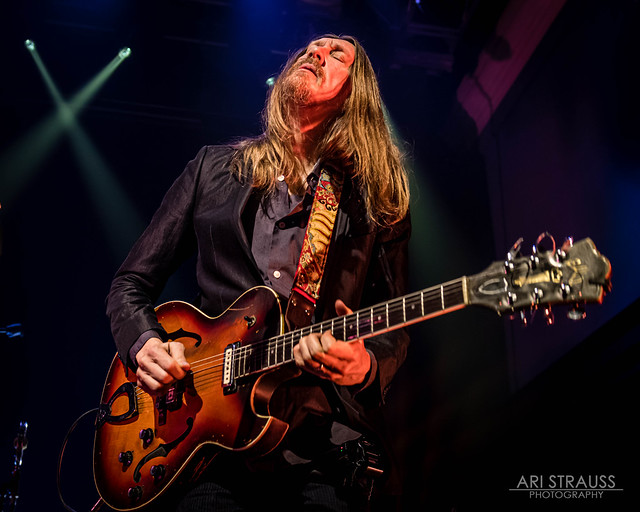 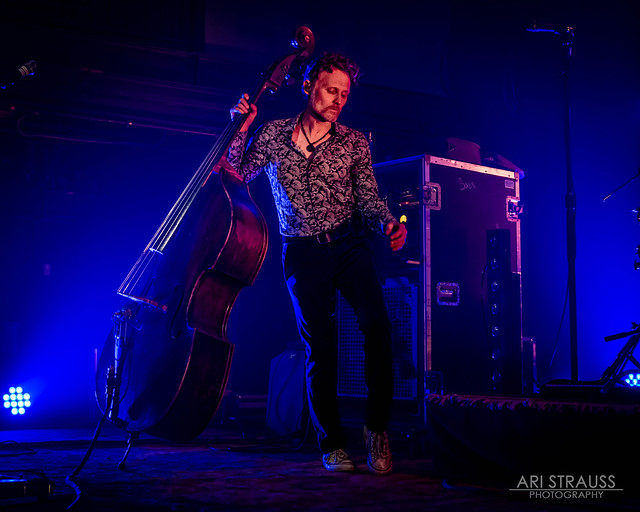