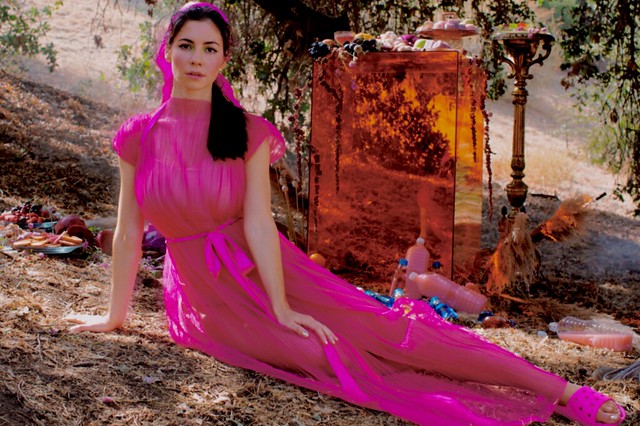 In 2021, indie pop diva Marina released Ancient Dreams in a Modern Land, her fifth studio album, via Neo Gold/ Atlantic Records. This month, Marina undertakes a global tour that brings her to The Anthem in DC on Thursday, Feb. 24.

The Anthem has issued a low-ticket alert for this show!

Ancient Dreams in a Modern Land includes the brand new single, “Venus Fly Trap,” available now at all digital platforms. “Whatever you give life/ you will get back,” sings Marina on the self-assured track, accompanied by a mesmerizing new official video which sees her surveying multiple eras of video vixens.

Watch the official music video for “Venus Fly Trap” by Marina on YouTube:

Written solely by Marina (Marina Diamandis, formerly known as Marina and the Diamonds!) in reaction to the startling statistics that only 2 percent of producers and 3 percent of engineers across popular music are women, “Man’s World” was produced by Decilveo and co-produced by Marina, and engineered by the first-ever female GRAMMY Award winner for “Best Engineered Album, Non-Classical,” Emily Lazar (Sia, Clairo, Haim). The song and accompanying video were met by high praise from a wide range of international media outlets, with Billboard declaring it among “Marina’s most important work to date.”