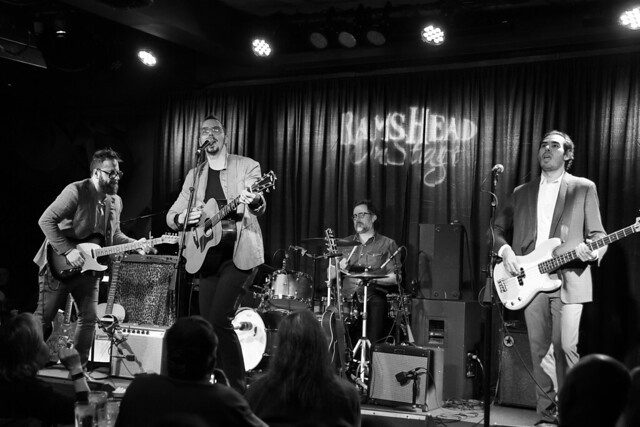 Hollis Brown performs at Rams Head On Stage in Annapolis on Feb. 6, 2022. (Photo by Casey Vock)

Few musical acts can pull off a cover album, let alone two — but when your group makeup is so dynamic and its skills so refined, bringing a tribute recording to life can yield fresh and forward-thinking interpretations of long appreciated music.

Hollis Brown, a seasoned indie rock band proud to be from Queens, is so distinct in its composition and so genuine in approach as to make that kind of effort happen with stylish nonchalance. Make no mistake, though — this group is anything but a “cover band.” Hollis Brown has recorded a venerated catalogue of its own music to position itself as one of the most authentic and astonishing acts to call New York home these days.

Founded by Mike Montali and Jon Bonilla, longtime friends who ended up at Queens College together, the group was forged on a common appreciation for the best American songwriting, with its name taken from “The Ballad of Hollis Brown,” written by one of their shared heroes, Bob Dylan.

Using a family garage in Ozone Park as its home base, the band began grinding on the New York City club scene in 2009 and, that same year, recorded its debut EP Nothing & the Famous No One and later its follow-up self-titled album. It wasn’t before long that Montali, Bonilla and their then-band mates were trekking across Europe, where they’d use live performance to make as big of a name for themselves as they’d made back in the states.

Within a few years, their affection for particularly defining rock albums manifested itself at a Lou Reed benefit show in the form of a full live performance of The Velvet Underground’s Loaded — an album cherished dearly by Montali and Bonilla. The band thought it sounded good, and so did those around them. Encouraged, they’d reinterpret the Loaded album song for song, onto vinyl, for a limited Record Store Day release in 2014 titled Hollis Brown Gets Loaded.

Demonstrative of a thoughtful, savvy rock band, that tribute album didn’t just honor one of Hollis Brown’s key influences, it actually helped solidify the band’s own unique sound, and those uncommon textures and traits shone the classic album in a new light, especially the band’s takes on “Train Come Around the Bend” and “Cool It Down.”

Since putting out the recreation of Loaded and leading up to In The Aftermath, Hollis Brown cut four studio albums; and the group saw its stock soar, even getting billed at Woodstock 50 in 2019 before the event was canceled.

Unfortunately, the challenges for musicians only grew in the last couple years. But this band is a diverse one: Montali’s family is Italian, Bonilla’s family is from Puerto Rico, bass player Chris Urriola is Greek and Ecuadorian, and drummer Alex Zehnal is of German descent. The remarkable variety of their lineages and differing paths could very well be what gives Hollis Brown the core strength and courage to battle through the pandemic with an eye on engaging with fans when the time comes.

So it came as welcome news this past year to learn that the band — still led by Montali and Bonilla — was retreating to a remote recording studio in the Poconos, where the members essentially let loose by way of hard liquor and with a simple goal of recording their own take on the monumental album Aftermath — the American version, as originally recorded in 1965 and ’66 by The Rolling Stones.

The end result: an ear-pleasing, soul shaking offering with indomitable, adventurous spirit, an imaginative angle and welcome imperfections that give it character and a lasting sound.

The group kicked off its promotion of In The Aftermath this past Sunday with a visit to Rams Head On Stage in Annapolis, where they delivered an unforgettable set of music celebrating rock-and-roll of the past and reminding that the form is alive and well, with a bright future ahead thanks to those who are best suited to serve as pilots.

Touring as a five-piece squad with the addition of keyboardist/organist Mike Hesslein, Hollis Brown wasted no time in opening with their own enticing version of “Paint It Black,” giving it curvature and sass that was met with loud cheers from an audience that would see a good portion of itself get up to dance — a rarity in the seated venue filled with dinner tables.

“Wait for Me Virginia,” an originals from the 2015 studio album 3 Shots, resonated with the thirst of the best rock ballads, and here Montali’s piquing vocals led a bracing harmony and paved way for Bonilla to show his skills as a masterful electric guitar player, cranking out the first of numerous breathtaking solos.

This track takes on the voice of a man struggling to get back to his family through the worst of struggles including a stint overseas. Montali, whose brother served in the U.S. Army for 20 years, pronounced these words with emotion and emphasis in a town with a deep affinity for our country’s service people:

“To my woman and my girls, hope you live to see the world / A soldier is dirty work / I’ll be in the Middle East just another couple weeks / I killed men, I’ve seen men killed. So wait, wait for me Virginia, wait for me …”

Watch Hollis Brown perform its original “She Don’t Love Me Now” at Past Studios in 2019 via YouTube:

“She Don’t Love Me Now,” another original, this one from 2019’s Ozone Park, translated to a beautiful rock song, saturated with longing and heartbreak, with imaginative lyrics projecting the most amorous affair:

It was the band’s third visit to Annapolis, Montali pointed out, addressing the crowd and bringing it up to speed on the Rolling Stones project.

“So when we were all home looking at each other we decided to do another one of these tribute albums,” said Mike, a lean, towering figure at the microphone, but gracious and sincere through spoken word. “We decided to go with the Stones’ Aftermath because it has a lot of these back-wall bluesy songs that you might not (associated with) the Rolling Stones.”

He then grabbed a tambourine, Bonilla swapped his electric for an acoustic, and the crowd ordered more drinks as it was treated to a slice of lesser-heard Stones, “High and Dry.” An old-time boogie, it charmed and revealed the roots influences of the legendary rock stalwarts, and also reflected the perseverant, underdog vibe and pensive, workingman’s tone that filter from Hollis Brown’s original songs — tracks that can feel timeless in inflection and theme.

“Doncha Bother Me,” with its irreverence and bursting guitar motifs, coaxed the room deeper into the Stones portal, and the band seemed to be finding the same swinging rhythm and loaded synergy heard on their newest recording.

Capping an absorbing stretch of Stones interpretations, the group dove into a boundless, pounding take on “Goin’ Home,” maybe the most saturated blues creation on Aftermath. Urriola, curled over his bass with a mischievous gait, guided the song into an irresistible groove, with Zehnal thundering underneath it and Hesslein wonderfully mirroring the faint piano heard down the stretch on the original recording.

Hollis Brown does indeed have a new album of their own songs in the works, and at Rams Head last weekend Montali introduced the composition “Annabelle,” giving the room a glimpse of what’s to come on the next release. This song kept those who’d gotten up to dance on their feet as Mike showed off his ability to croon and with his mates joining in, the fresh track offered a comforting, gorgeous chorus through the venue.

Taking it back to their friends from across the pond, Montali and company launching into a thrilling, unchecked version of “It’s Not Easy,” and here his pointed vocals served as an assertive force to power this winding, amplifying composition. He worked his way to the very front of the stage, clapping over the audience as the organ sounds piped from behind him and Bonilla, Urriola and Zehnal fired in any direction as this song boiled indefinitely.

“We’d just like to thank everyone at Rams Head for giving us a place to play,” Mike said. “They’re few and far between sometimes these days and thanks to all of you for coming out and hearing us.”

Throughout the night, the group showed its alliance — Mike would walk over to Chris to jam with him, Chris would make eye contact with Hesslein from the other side of the stage, Jon would spin around to face Andy as he yanked high-pitched, hectic notes from his Fender Telecaster. Mike made sure to call out each member of the band, more than once, encouraging applause for the hard work up on the stage. Mike and Jon both showed the confidence to look deep into the eyes of the audience and try to connect with them, and connect they did.

“That was GOOD!” blurted an older gentleman from the back, like some farmer who’d shown up from a century ago and was swept up by live rock music for the very first time.

And while the buzz in the audience beforehand was that “this band named Hollis Brown from New York City was going to be covering Rolling Stones tunes,” the takeaway for those in the room was Hollis Brown itself.

Ticketholders might have even been hard-pressed to know some of these heart-felt, enthralling songs were not written by Mick or Keith, but instead the men standing before them, including the stirring, unforgettable title track from their second full-length album, 2013’s Ride On The Train.

Watch the official video for Hollis Brown’s 2019 release “Do Me Right” via the band’s YouTube channel:

But the cheers were some of the loudest the West Street establishment has likely ever heard as Mike and Jon led the group through the back half of the colorful set, which gave them the chance perform these Stones tunes live, and they sandwiched those with their own impressive songs.

Here are images of Hollis Brown performing at Rams Head On Stage on Feb. 6, 2022. All photos copyright and courtesy of Casey Vock. 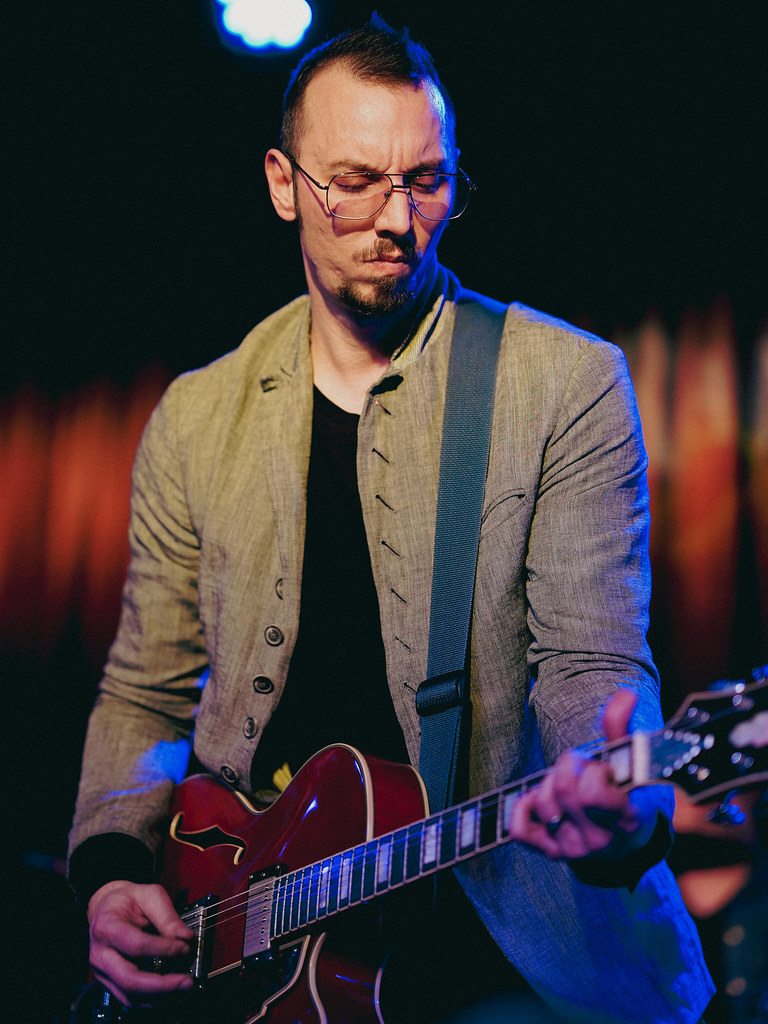 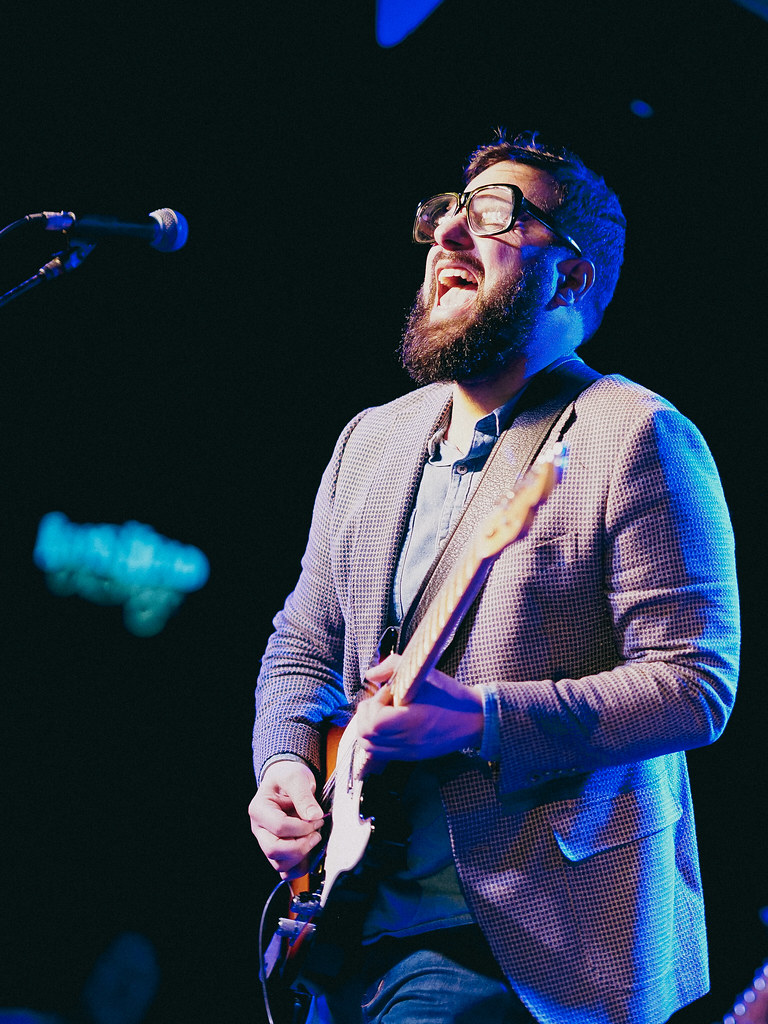 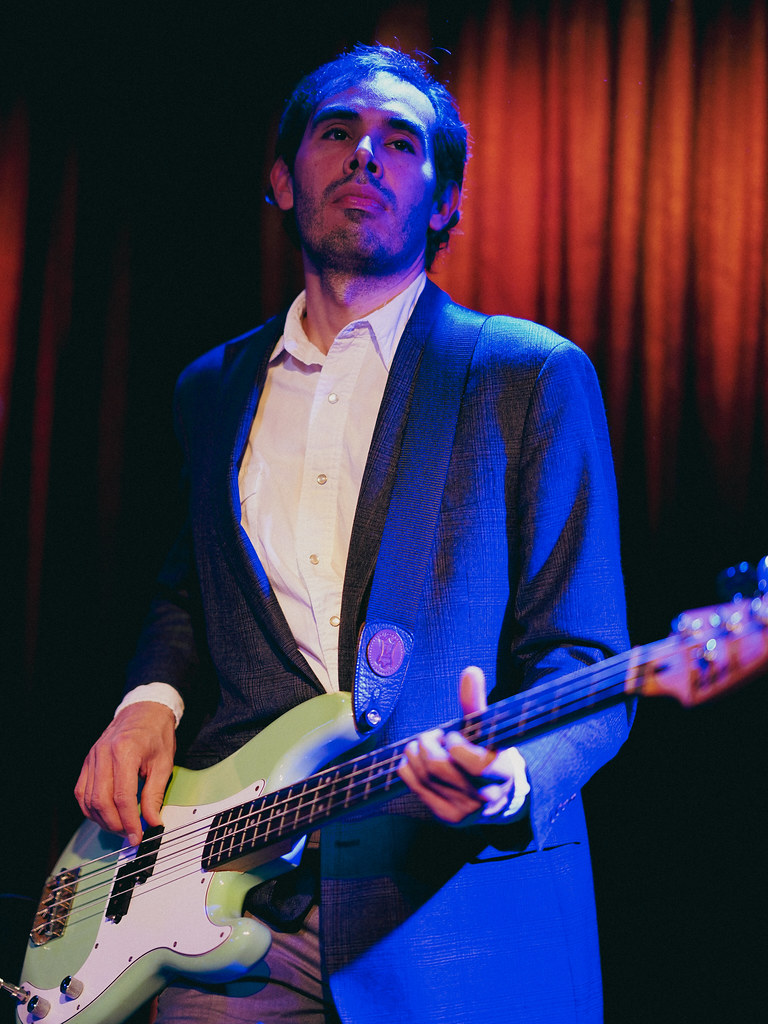 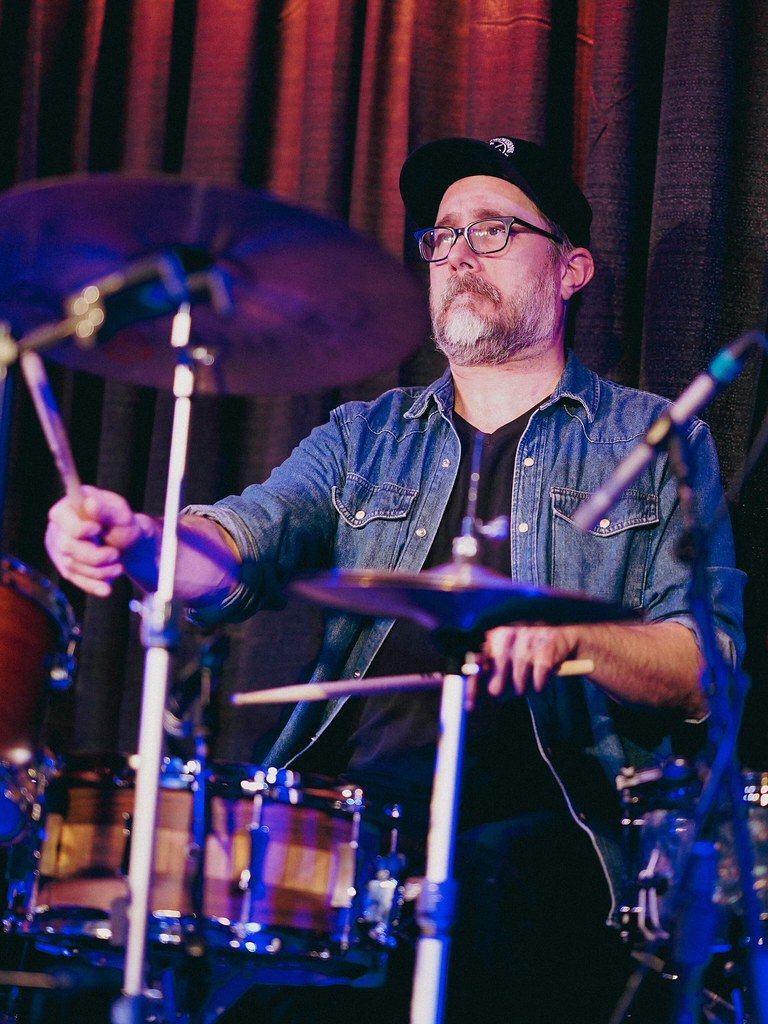 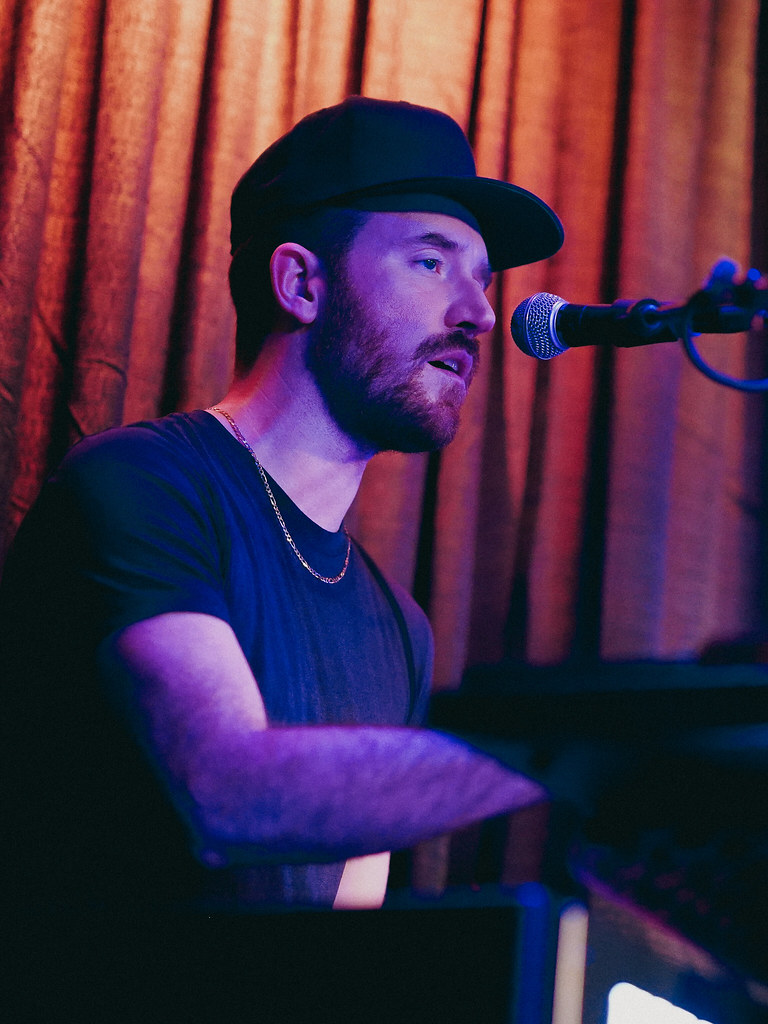 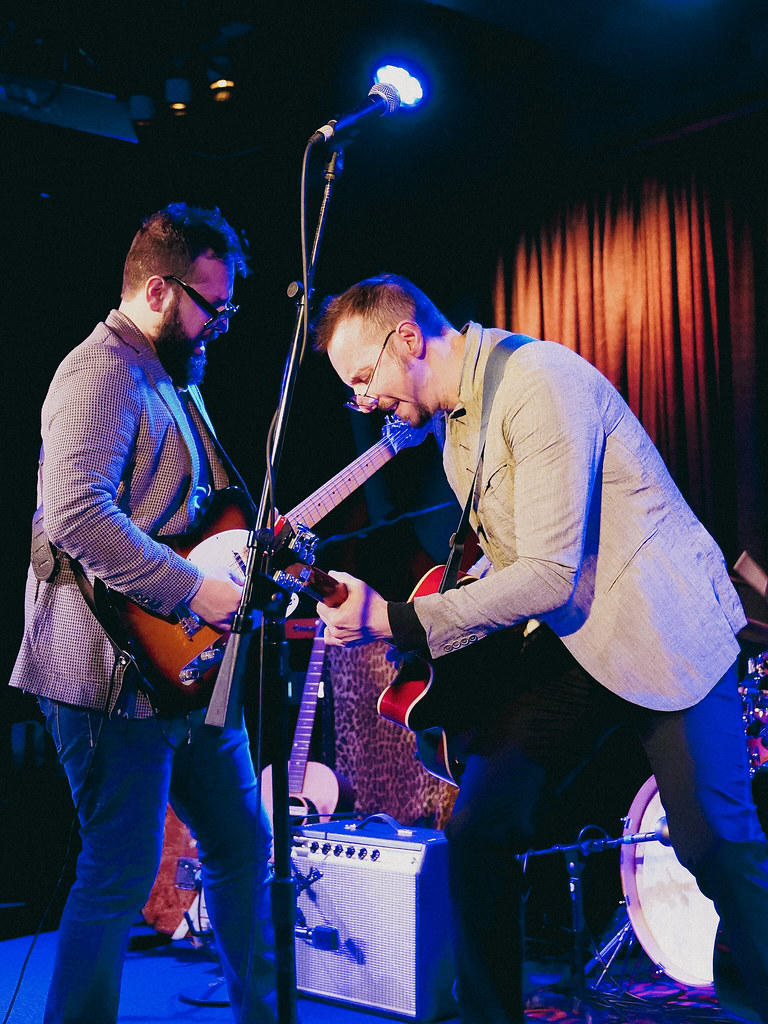 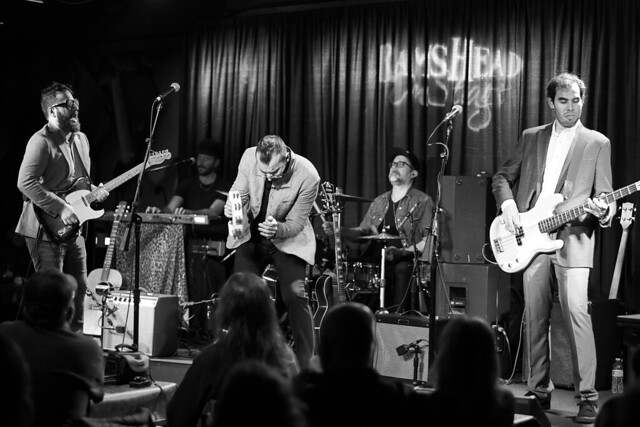 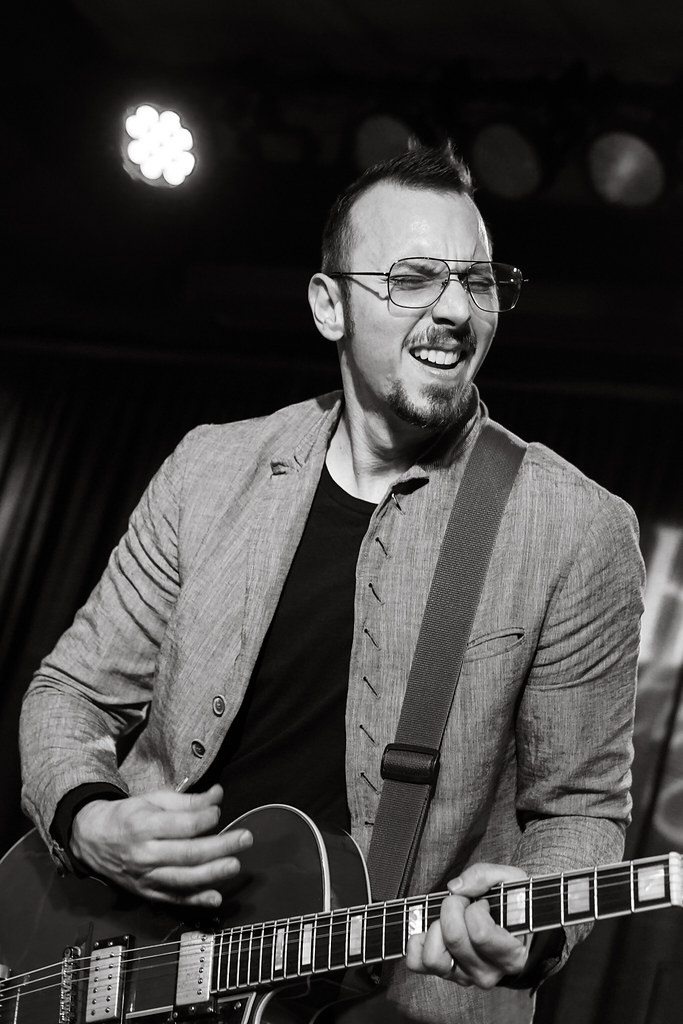 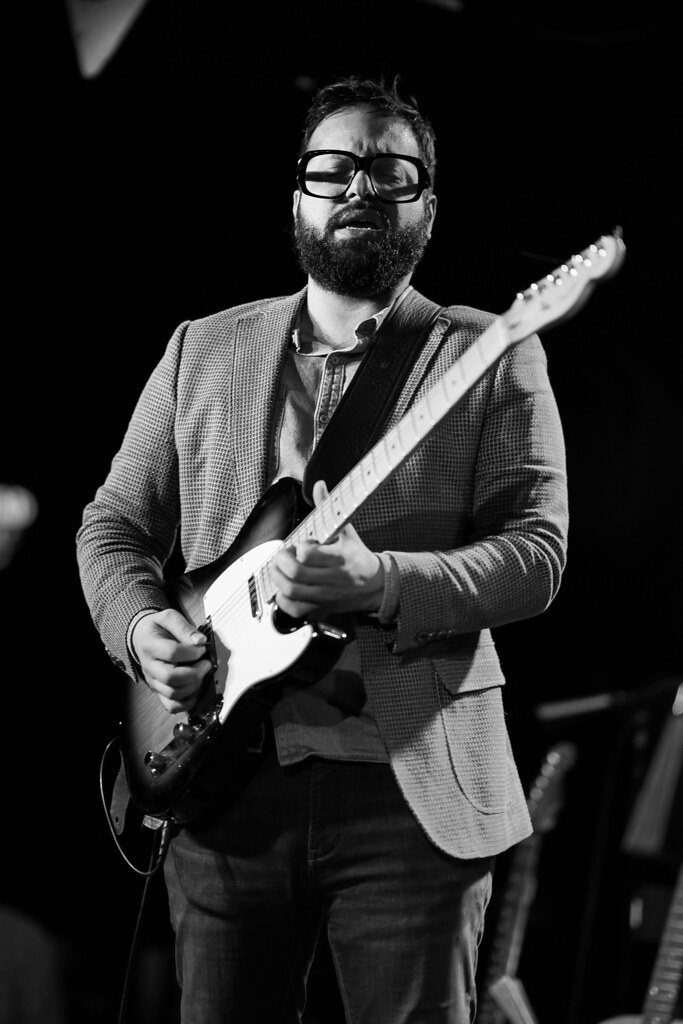 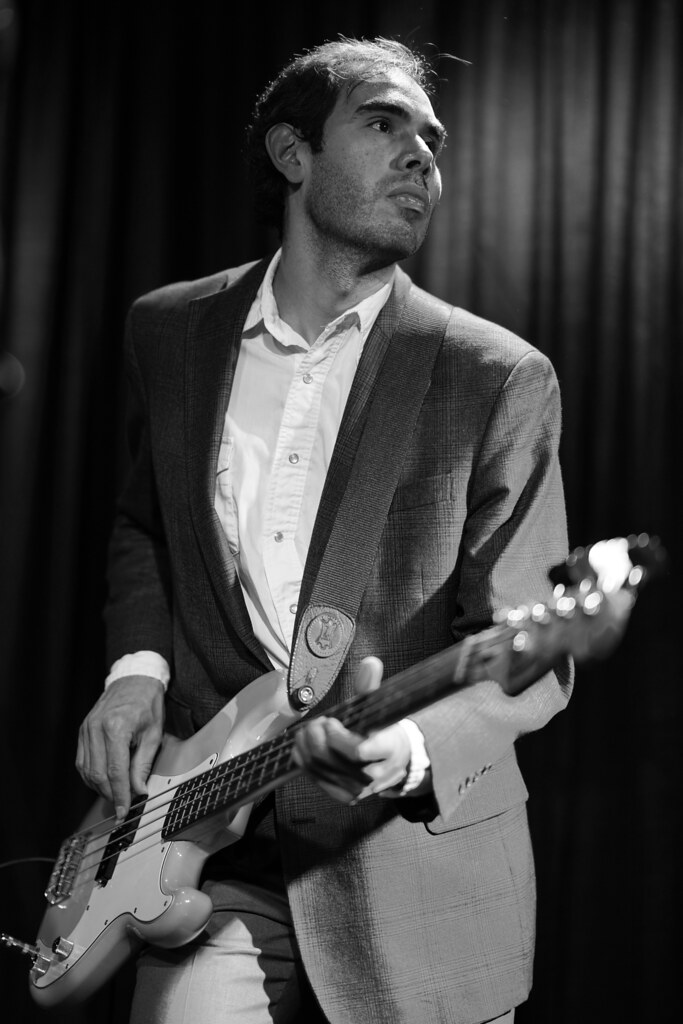 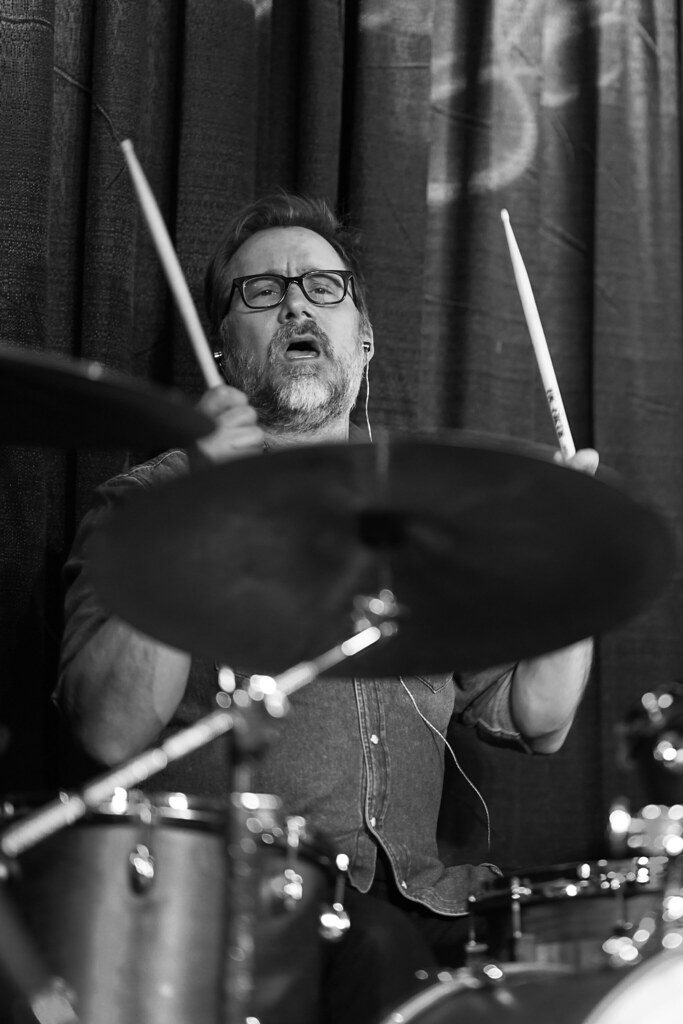 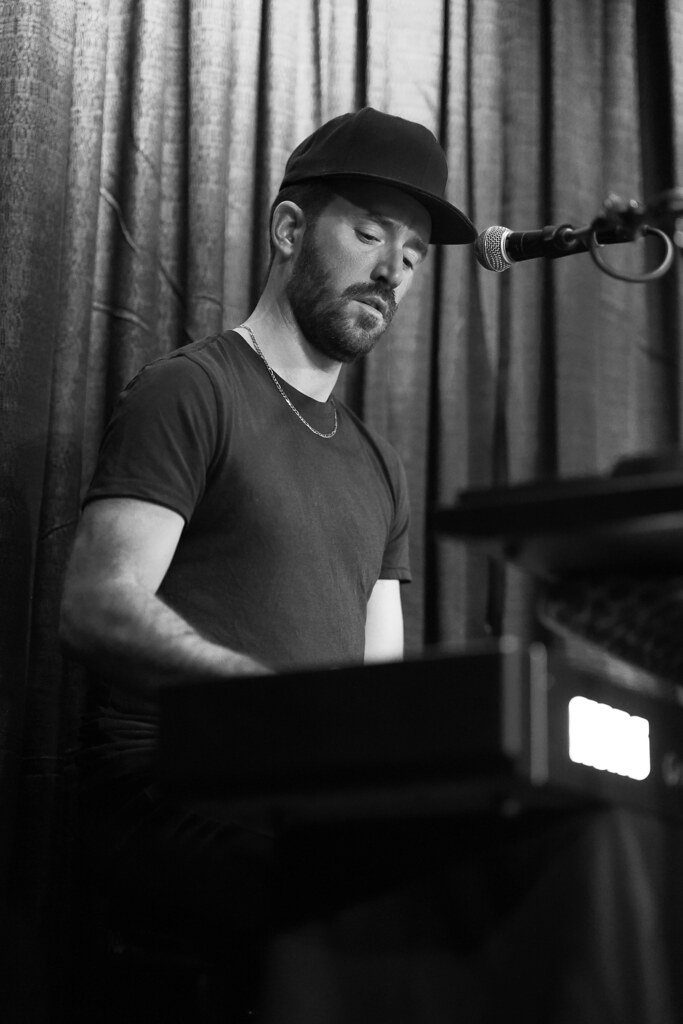 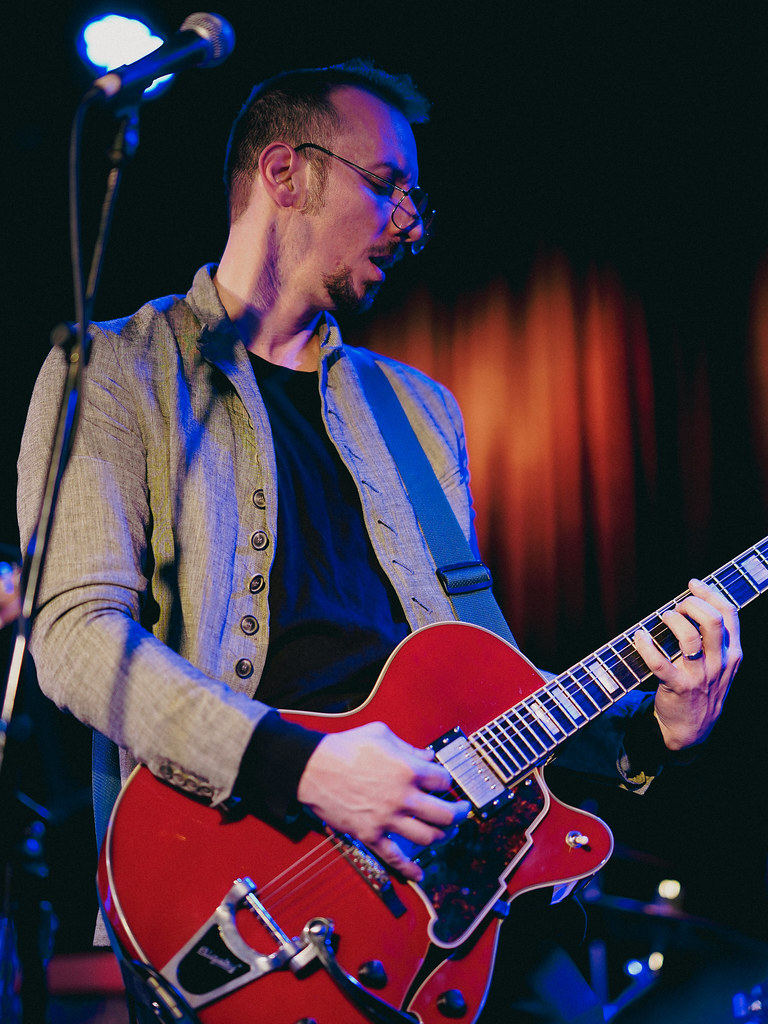 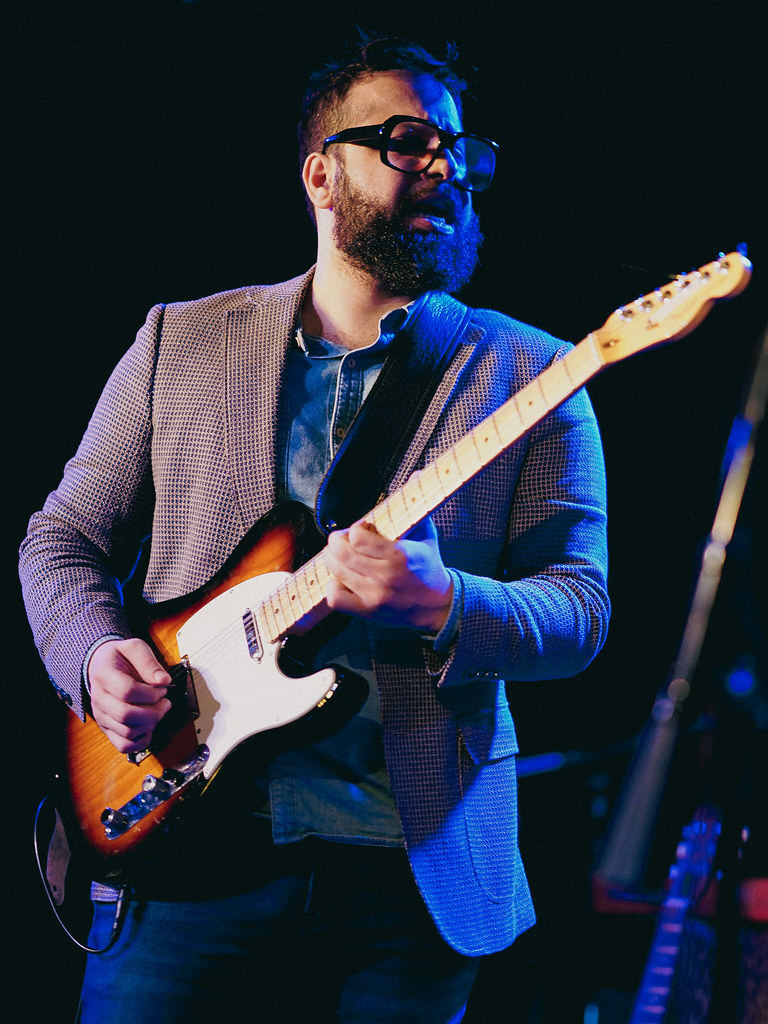 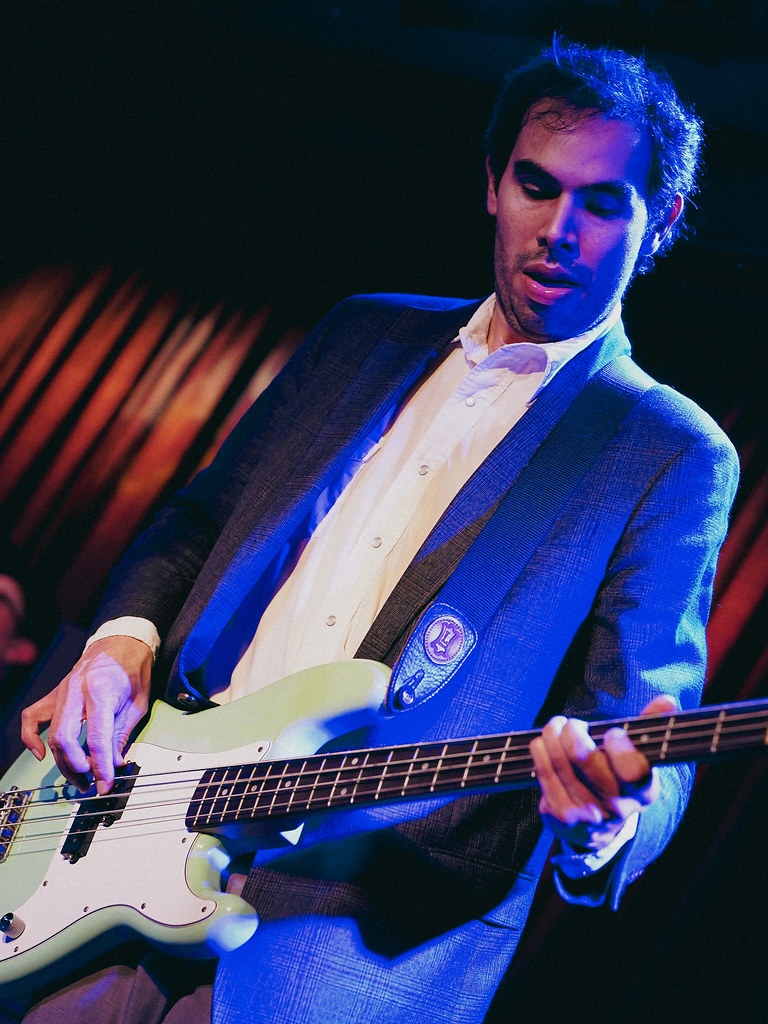 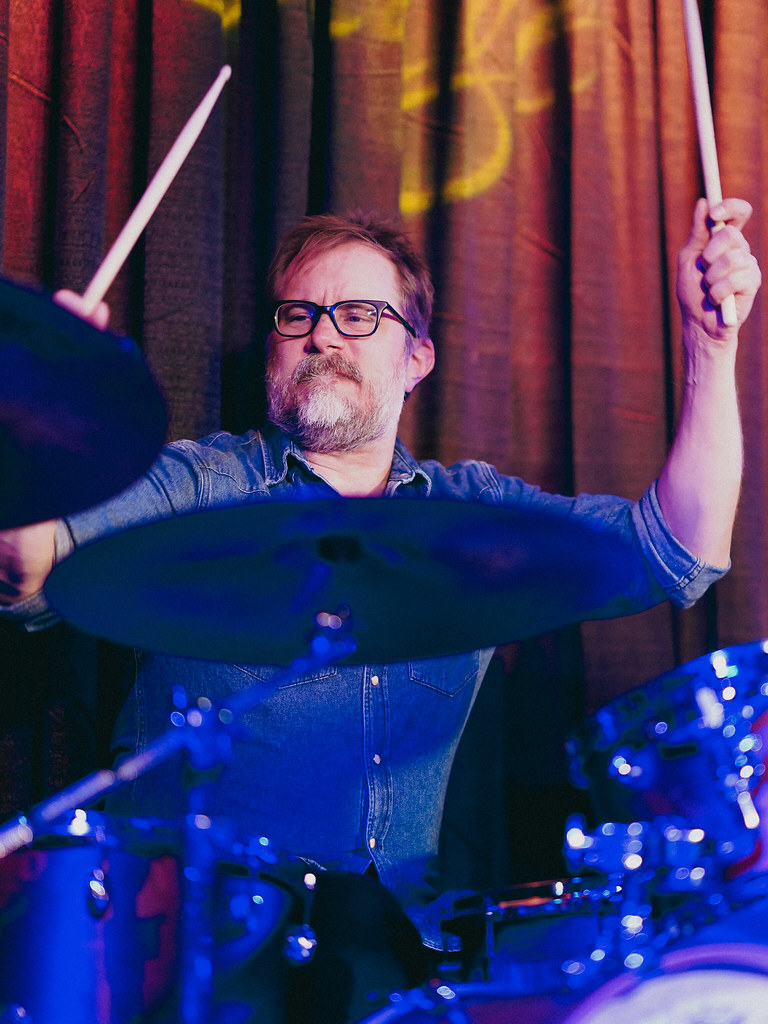 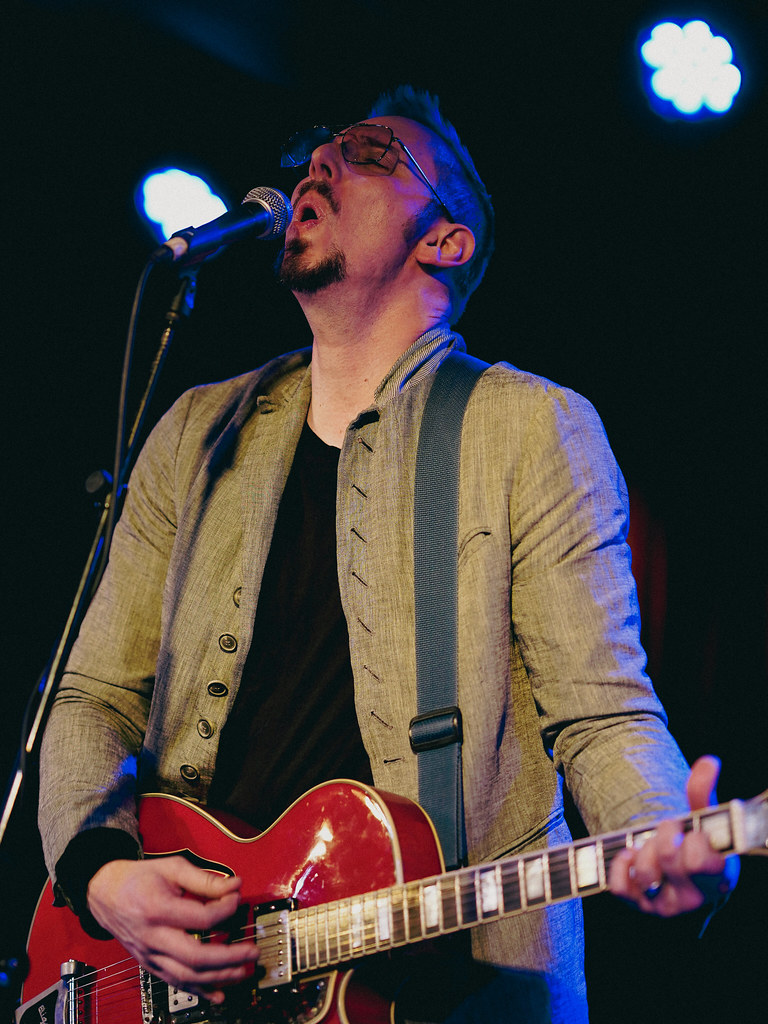 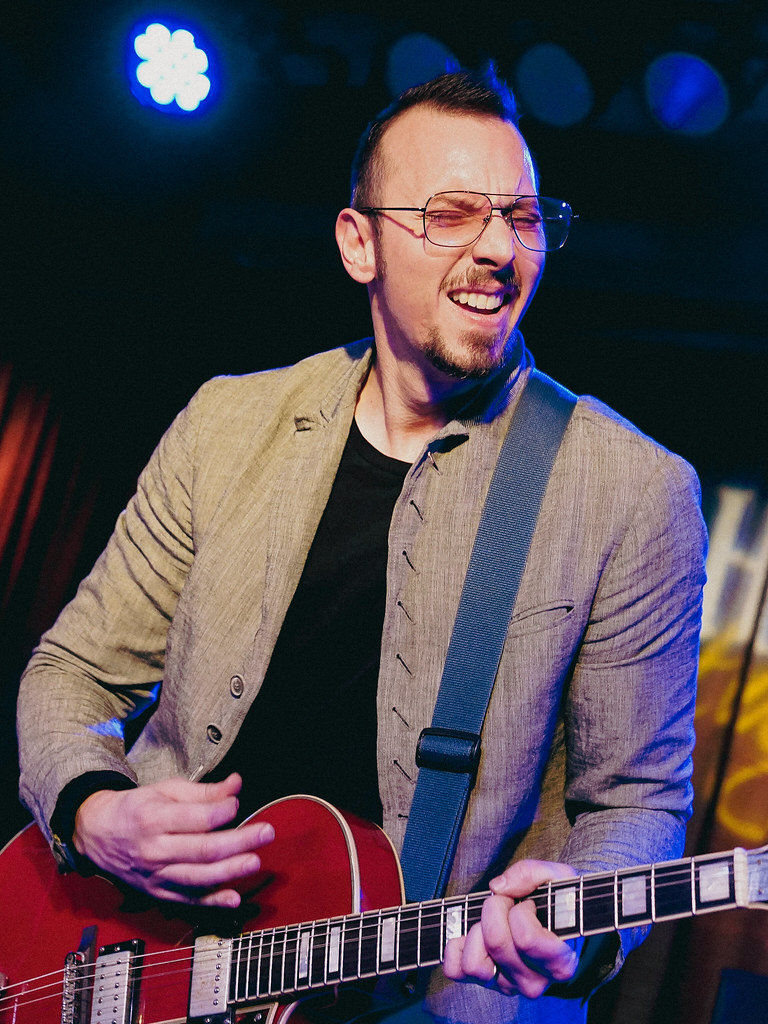