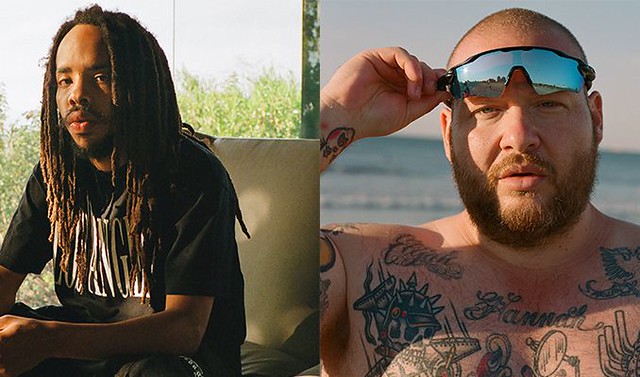 Hip hop artists Action Bronson and Earl Sweatshirt have teamed for a coheadlining tour called the NBA Leather World Tour, which arrives at The Anthem in DC on Saturday, Feb. 19!

Earl tours in support of his new project, Sick — released Jan. 14 — and Bronson performs songs from his 2020 record Only For Dolphins for the show.

Supported by the single “Tabula Rasa” featuring Armand Hammer, Earl’s new album is inspired by COVID-19 and the subsequent lockdowns.

A burgeoning media mogul and a celebrated figure in the culture, Action Bronson never stops working. Born Ariyan Arslani, Bronson started his career as a gourmet chef, rapping only as a hobby, until he garnered overwhelmingly positive critical attention with his first mixtape Dr. Lecter, released in 2011. Only for Dolphins, his fifth studio album, shows that Bronson remains “a captivating personality,” according to Pitchfork.

Watch the official music video for “Golden Eye” by Action Bronson on YouTube:

Supporting acts include The Alchemist and Boldy James, who joined forces to release their collaborative album Bo Jackson in 2021.

Watch the official music video for “Flight Risk” by Boldy James and The Alchemist on YouTube: