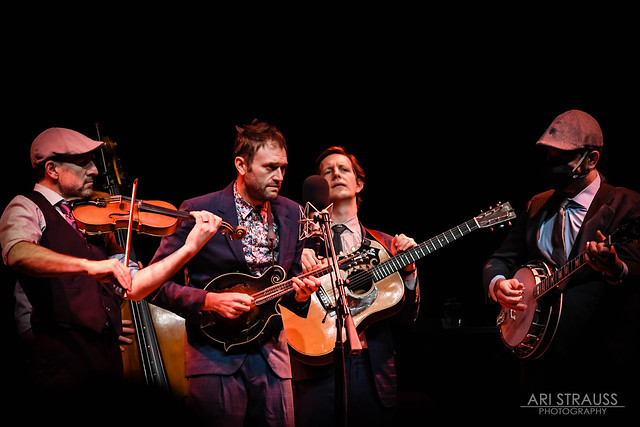 The Punch Brothers perform at the Lincoln Theatre on Feb. 26, 2022. (Photo by Ari Strauss)

The Punch Brothers have one foot firmly in history and tradition and one foot firmly stepping forward into the future. Their most recent album, Hell on Church Street, is a track-for-track reimagining of Tony Rice’s classic 1983 record Church Street Blues. Rice was a master bluegrass guitarist and pioneer of the newgrass movement whose range extended into jazz. He played with notable artists like David Grisman, J.D. Crowe & The New South, and Ricky Skaggs, and he influenced a lot of artists in acoustic music and related genres.

Following a lengthy illness — he last played publicly in 2013 — Rice passed away in 2020, making Hell on Church Street a timely tribute to his memory at the Lincoln Theatre recently with the Punch Brothers.

Rice was a virtuoso guitarist, and it’s fitting that the Punch Brothers are the ones to carry the flag for him. They are top-notch players, among the very best at their best instruments in the world. Members of the band are regularly sought out for studio work; when Jason Isbell needed a mandolin player for his interpretation of REM’s “Nightswimming,” he got Punch Brothers frontman Chris Thile.

In the best traditions of the bluegrass and folk that they hail from, the Punch Brothers mix instrumentals, covers, and original compositions. They do all this with their own unique personality, eccentricity, and offbeat humor.

At the Lincoln Theatre on Feb. 26, the Punch Brothers played two “tropical drink-themed instrumentals,” “Three Dots and a Dash” and “Jungle Bird.” “Gesture,” Thile explained, is about his “failed love life.” (As the wrestler D-Von Dudley would say, “Oh, my brother, testify!”) Norman Blake figured prominently in the show with covers of his “Church Street Blues” and “Orphan Annie.” Classic country came in the form of Jimmie Rodgers’s “Any Old Time,” and classic folk in Tom Paxton’s “The Last Thing On My Mind” and Gordon Lightfoot’s “The Wreck of the Edmund Fitzgerald.” The band also played traditional tunes, like “The Cattle in the Cane.”

Stream Hell on Church Street by the Punch Brothers on Spotify:

There were plenty of delightful Punch Brothers’ original in the set, too. From their debut, self-titled album, they perform the third movement of the instrumental “The Blind Leading The Blind.” Other songs included “My Oh My,” “Magnet,” “Rye Whiskey,” “Angel of Doubt,” “Movement and Location,” and “It’s All Part of the Plan.” After a raucous standing ovation from the sold-out house, they return to play an encore consisting of “Watch at Breakdown” and “Julep.”

I wasn’t familiar with opening act Haley Henderickx, and I found her to be an absolute delight. She’s a very talented singer-songwriter with an incredible who is a little odd and very funny. I could tell that her music and vibe had a connection to the folk-pop of the ’60s, and this was confirmed when she made a quip about the legendary British folkie Nick Drake. During the intermission, I heard someone comparing her to the character of Phoebe from friends, and, while there are some similarities, Haley is a lot more self-aware. All of her oddness and eccentricity is done with a wink and a nod; she’s completely aware that she’s a weirdo in a way that Phoebe was not. She’s a lot of fun, and I hope to catch her again in the future.

A lot of art is about a conversation that takes place across time. As the Bard said, “past is prologue.” The Punch Brothers lean into honoring all their influences, breathing new life and meaning into them for their audiences. They gather around a single mic like old-time string bands, but their own compositions are, in the words of Steve Earle, “post-Bob Dylan” compositions. They may be wearing suits and ties, but the way the Punch Brothers attack their instruments has more than a little of the ferocity of punk. It’s the past, present, and future, all brought together with skill, attention to detail, and, if you have any interest in bluegrass or folk, it’s an act you have to catch.

Here are some pictures of the Punch Brothers performing at the Lincoln Theatre on Feb. 26. All photos copyright and courtesy of Ari Strauss. 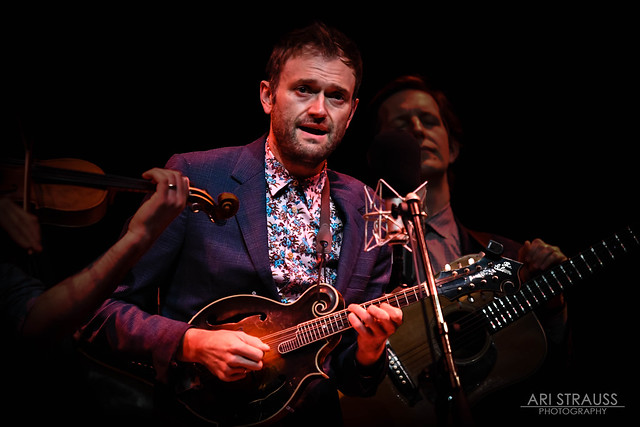 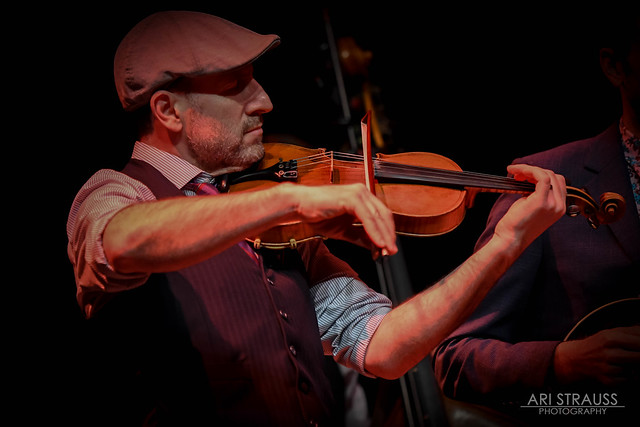 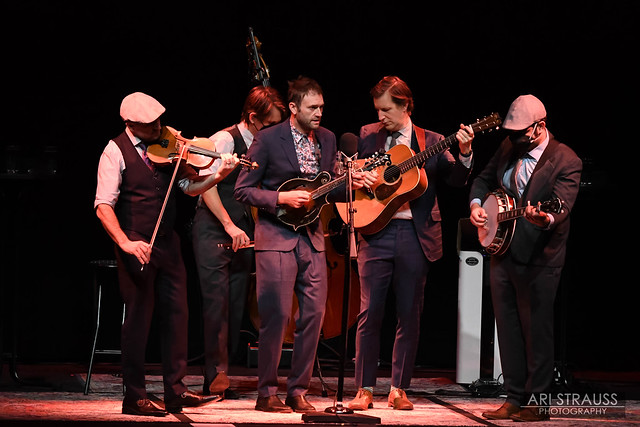 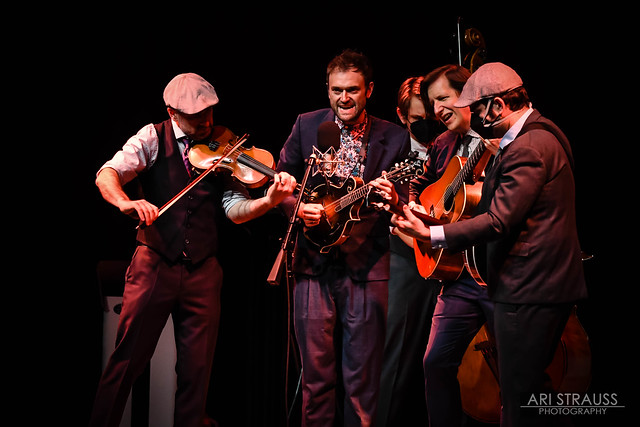 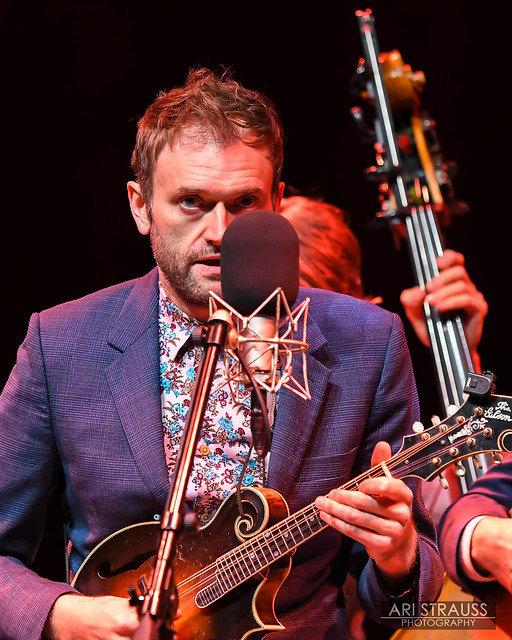 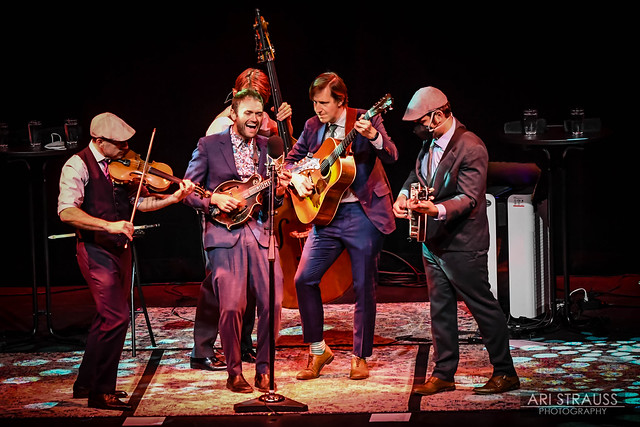 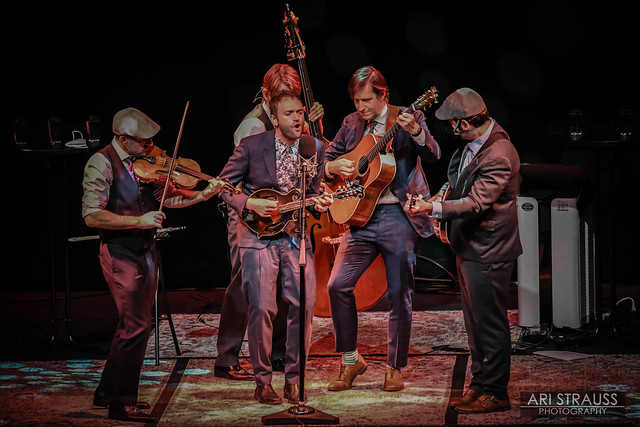 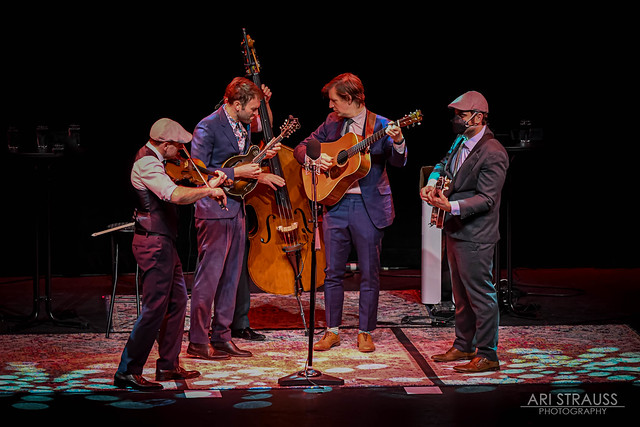 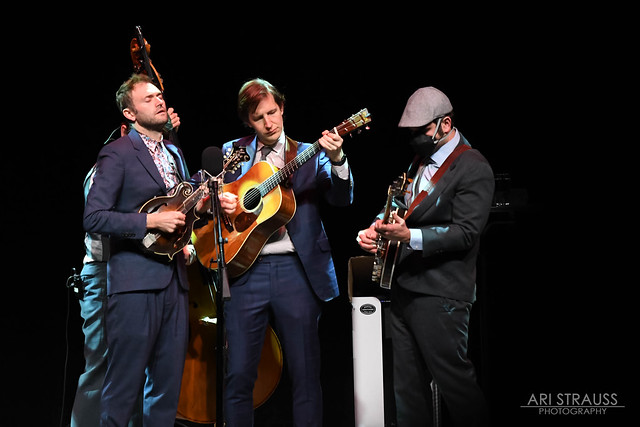 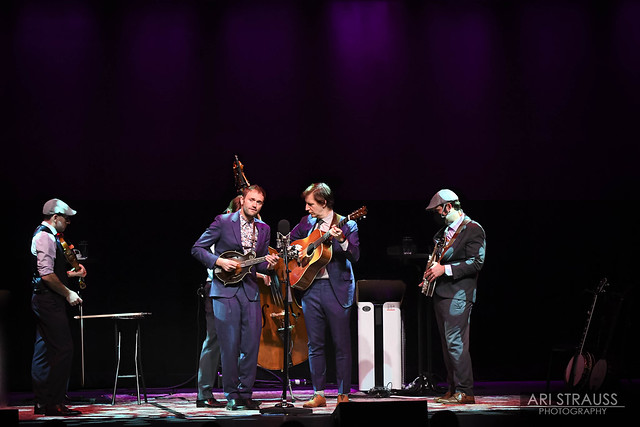 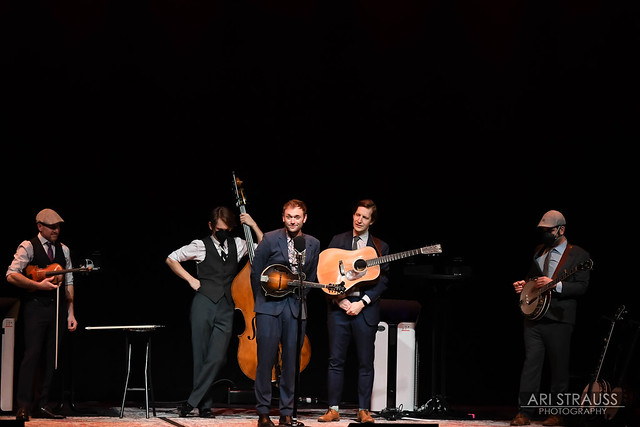