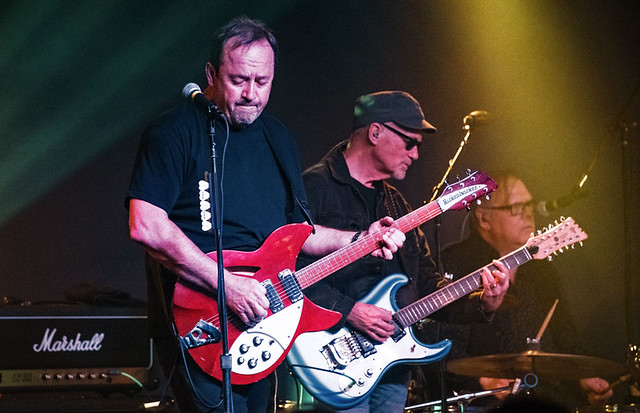 The Smithereens with Marshall Crenshaw perform at The Birchmere on March 19, 2022. (Photo by Mark Caicedo)

That the last two years have been unkind to live music might be the understatement of the season. Bands who thrived on live performance were forced to hunker down, ride out the unavoidable pandemic pause, and wait until the proverbial “numbers” came down before performing in front of actual people again.

The Smithereens were scheduled to perform in Northern Virginia in October 2020 which, not knowing how long the pandemic pause would last, was then rescheduled to May 2021. Which, of course, was rescheduled again. Last week, the long-awaited return of the New Jersey-based band finally happened. And what a show it was! The Smithereens stormed back into a sold-out Birchmere and proceeded to melt the paint off the walls.

The Smithereens have long been a favorite of mine, with their Who and Beatles influenced jangly, crunchy guitar driven, and slightly dark power pop rock. Though I’ve seen the band on its most recent jaunts to the area the past few years, I sadly missed out on seeing the band perform during the Pat DiNizio era, the beloved founder, guitarist, vocalist, and songwriter who led the band from 1980 until his untimely passing in 2017. The remaining band members — Jim Babjak (guitars, vocals), Dennis Diken (drums, vocals), and Mike Mesaros (bass, vocals) — decided to carry on and brought on guest singers (and longtime friends of the band), Robin Wilson (Gin Blossoms) and Marshall Crenshaw to handle lead vocal duties.

On March 19, it was Marshall’s turn to fill in for DiNizio, although one could argue that replicating Pat’s unique voice and phrasing is impossible. Crenshaw clearly stepped up to the challenge and was embraced by the audience of die-hard Smithereens fans for the band’s long-overdue return. Also absent was original bass player Mike Mesaros, but Severo “The Thrilla” Jornacion (and former The Smithereens member) filled in without missing a beat.

From the moment the band opened with “Behind the Wall of Sleep” from their 1986 album, Especially for You, we could feel that this music from another generation would be delivered with as much intensity and emotion as when they first played it over three decades ago. During an evening filled with fan favorites, the band also included anecdotes and memories about each song, not to mention the traditional toast to Pat.

Watch The Smithereens perform “She’s Got a Way” live in 1999 on YouTube:

Marshall mentioned that he recorded “Strangers When We Met” with the band but was actually credited as Jerome Jerome so, he said, he could get paid. “She’s Got a Way” (one of my favorite Smithereens songs) was introduced by Marshall as a song about Pat’s daughter, but as Dennis pointed out a second later, it’s about all daughters.

As is his custom, Dennis introduced “House That We Used to Live in” with a brief Smithereens history lesson. He, Jim, and Mike met in high school and had started hanging out and jamming with each other in the early 1970s. They met Pat through a classified advertisement in a local music newspaper, “The Aquarian Weekly,” and the rest is rock and roll history.

Watch the official music video for “House That We Used to Live in” by The Smithereens on YouTube:

Encore:
Please, Please Me (The Beatles cover)
No Matter What (Badfinger cover)
A Girl Like You

For those of us who grew up with The Smithereens, hearing these songs again after so many years is a welcome memory of youthful abandon. Though the passing of time is inevitable, in terms of the music we love, it is also meaningless. By the time the show Saturday’s show was winding down, the band played songs from which they drew inspiration: “Sparks” (The Who cover), “Please, Please Me” (The Beatles), “No Matter What” (Badfinger), and “A Girl Like You” with its patented Beatles-inspired Jimmy Babjak solo (try and guess which song!). And no doubt, there is a bunch of kids in some garage out there right now listening to, and drawing inspiration from, The Smithereens.

Recently, I became aware that an abundance of bands from the 1980s are still making music and scheduled to perform in the DC area: Gang of Four, Tears for Fears, Elvis Costello and Nick Lowe, English Beat, Blondie, the list goes on! Much more than nostalgia acts, that these musicians are back out there playing the songs of their youth speaks volumes about the emotional impact the songs had on their fans in the first place. Two years, the concert meant to commemorate their 40th anniversary was delayed two years. But whether celebrating 40 years, or 42, The Smithereens show no sign of slowing down demonstrating that, once again, age is just a number.

For more about The Smithereens music and live dates, please visit the band’s website.

Here are some photos of The Smithereens performing at The Birchmere on March 19, 2022. All pictures copyright and courtesy of Mark Caicedo. 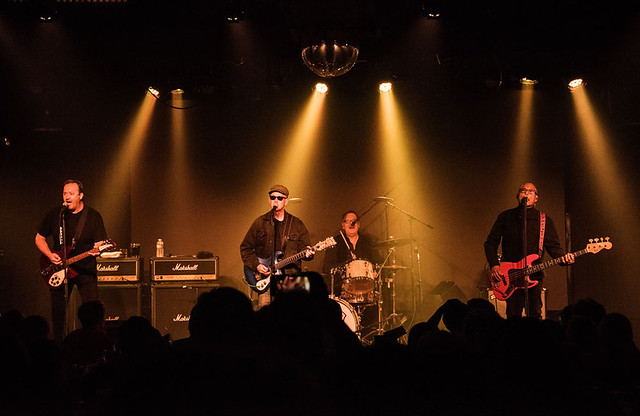 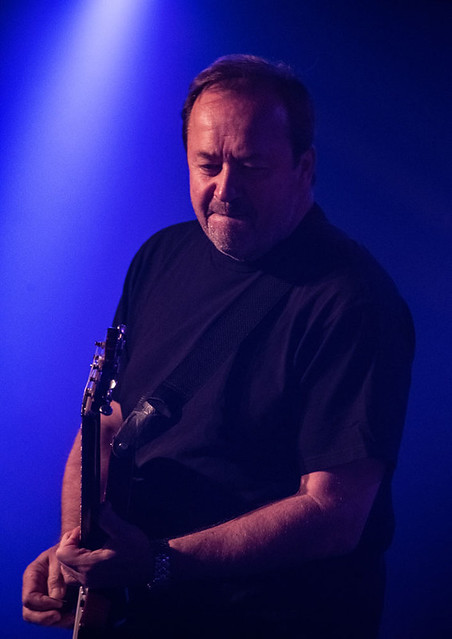 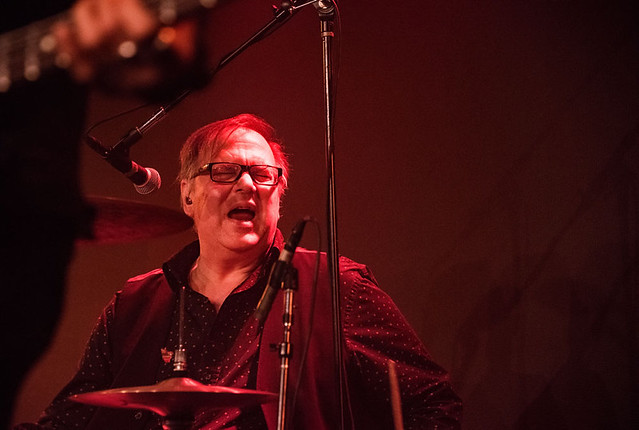 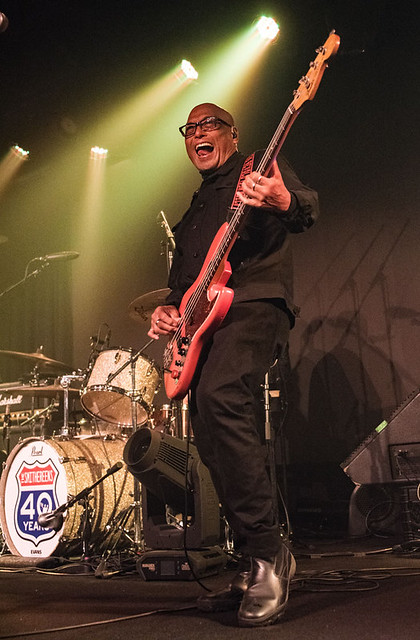 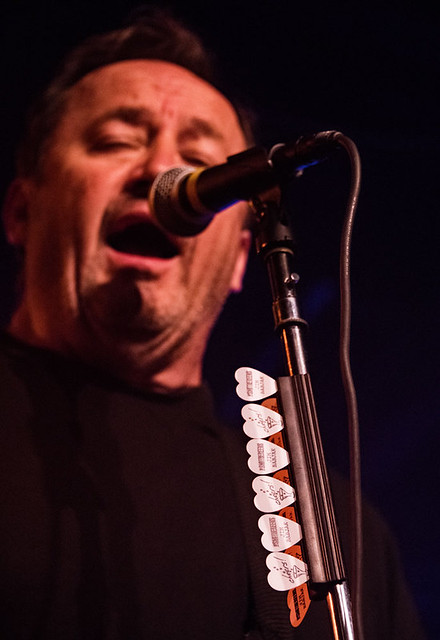 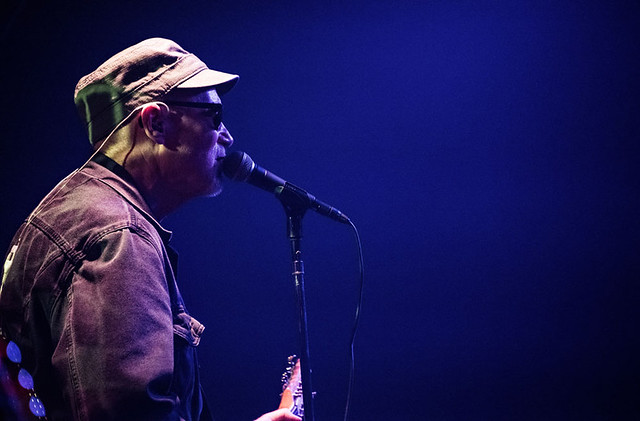 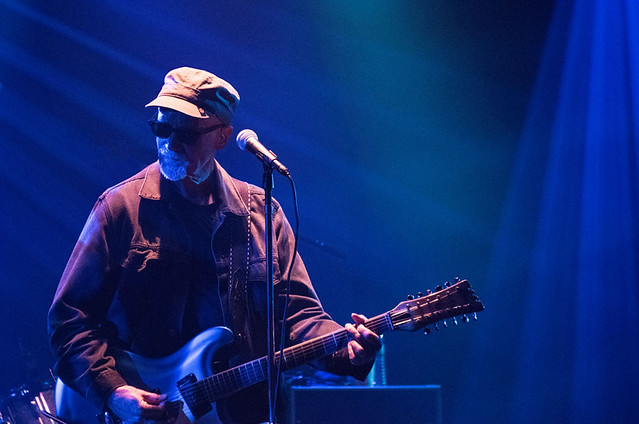 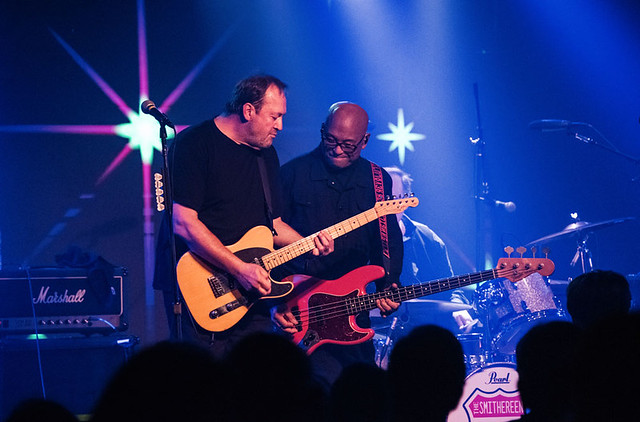 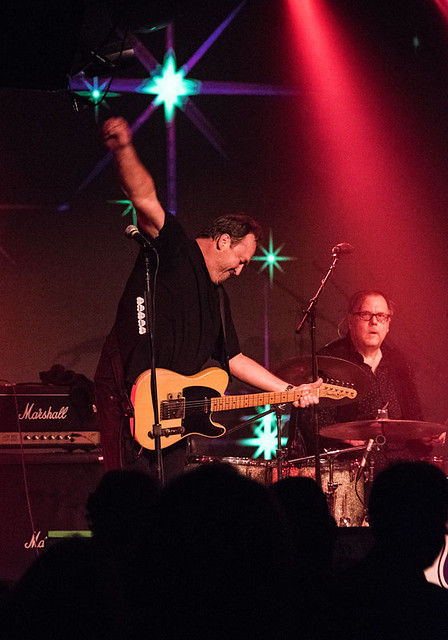 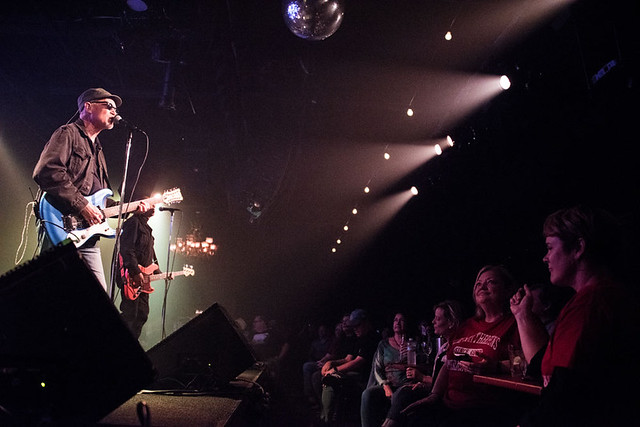 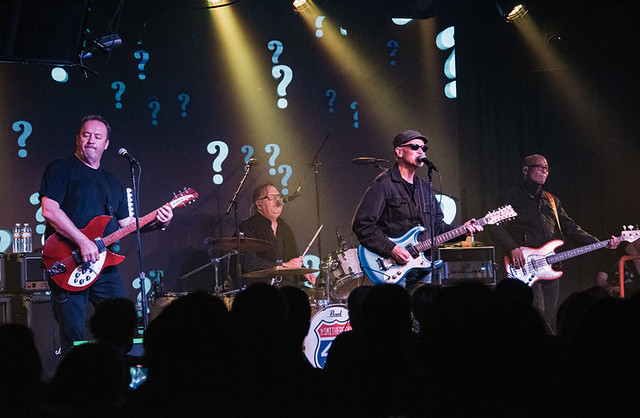 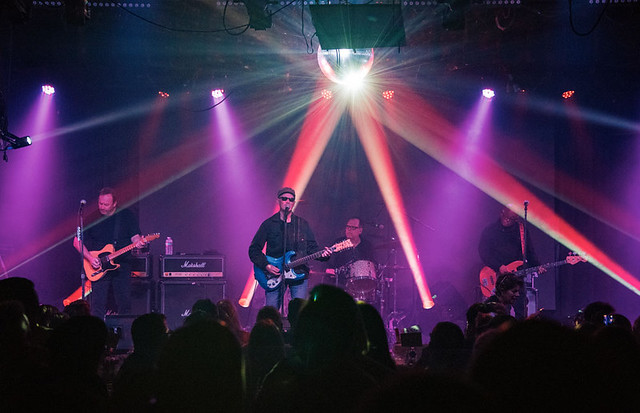 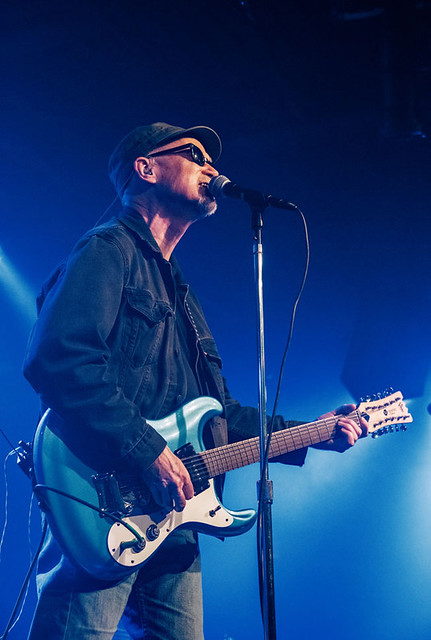 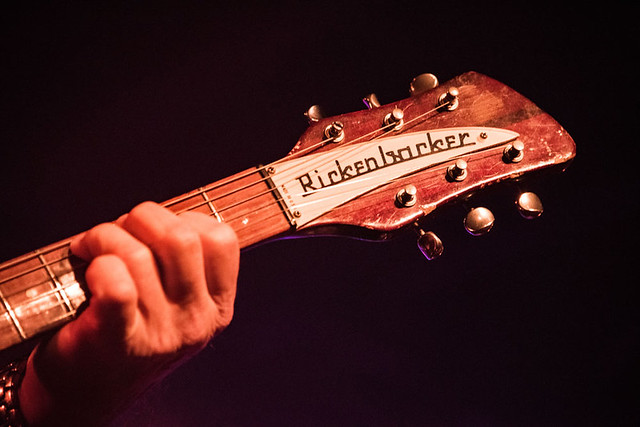 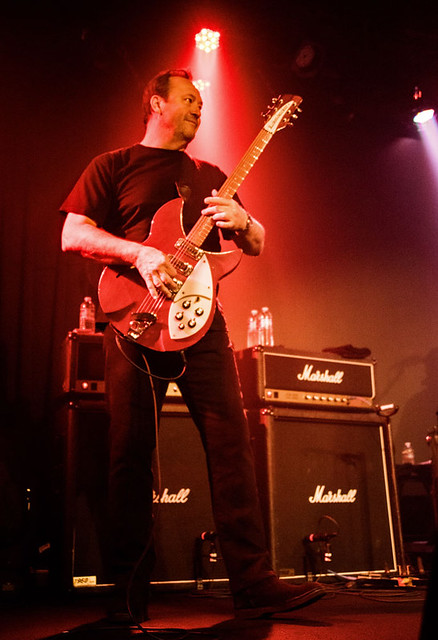 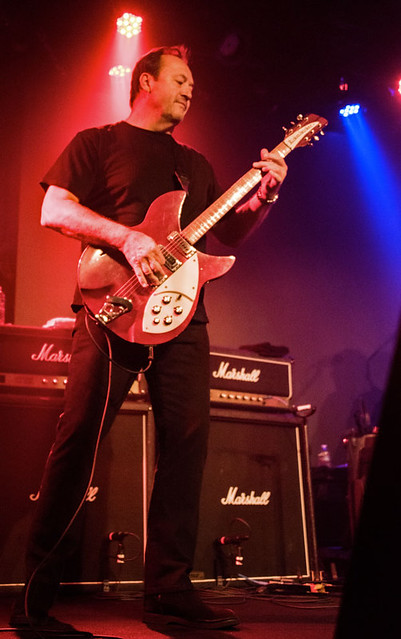 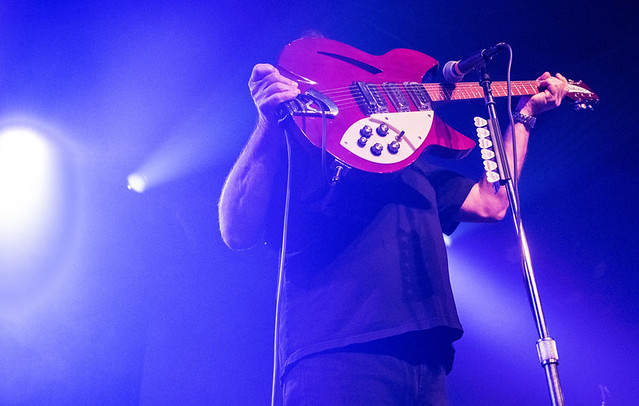 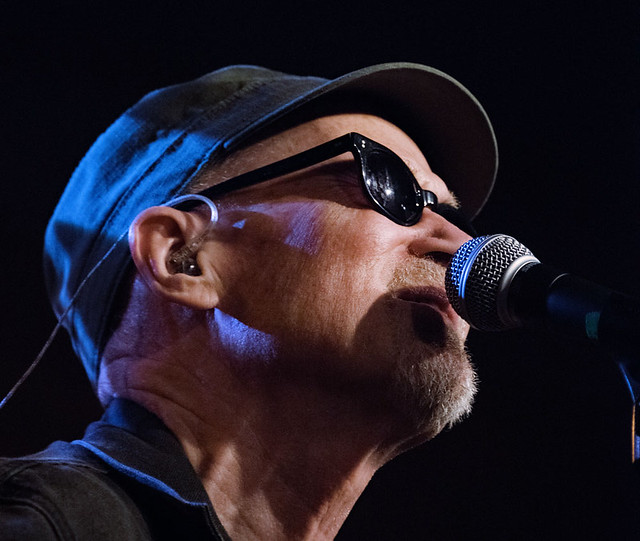 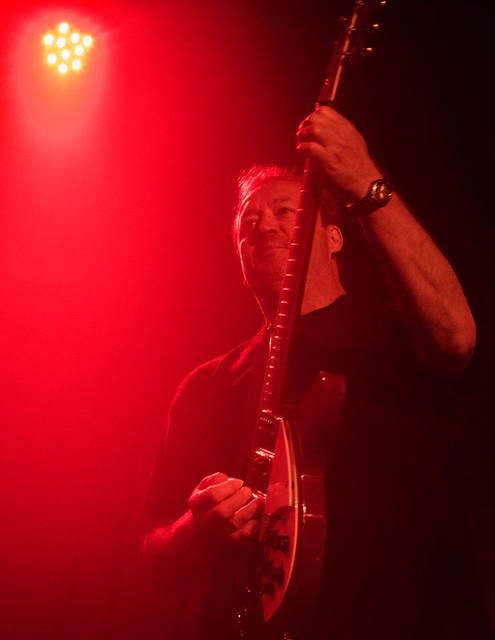 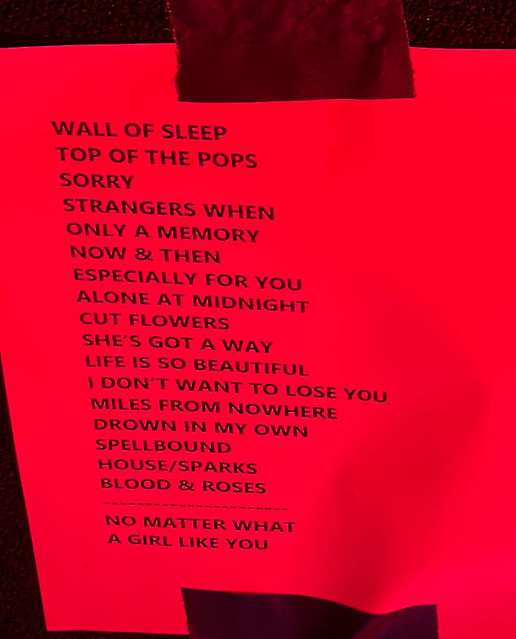 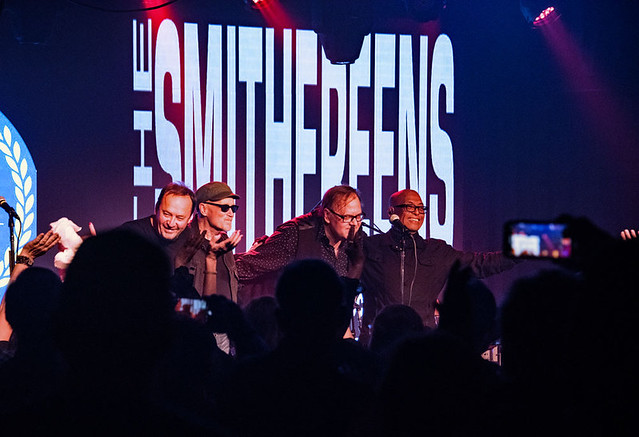 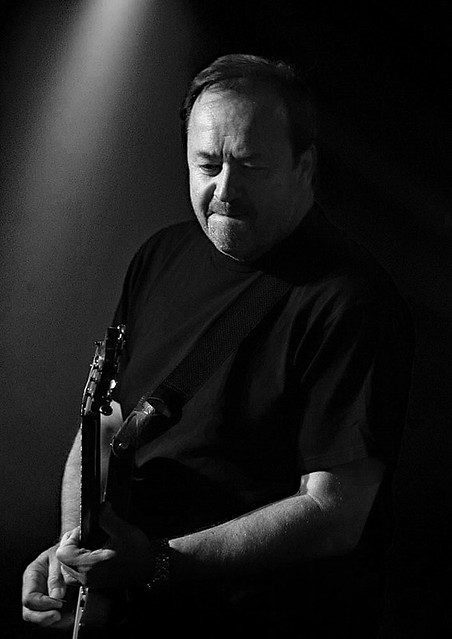 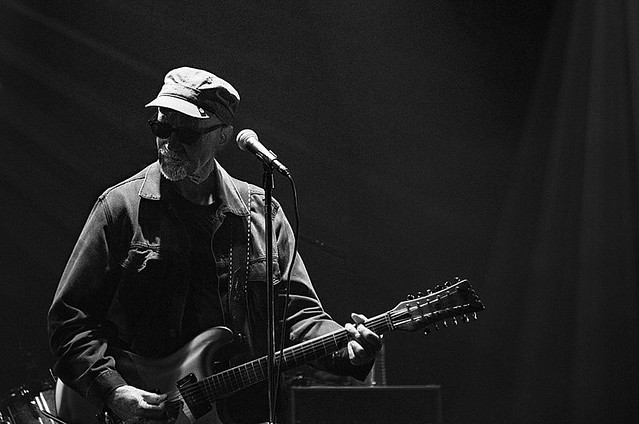 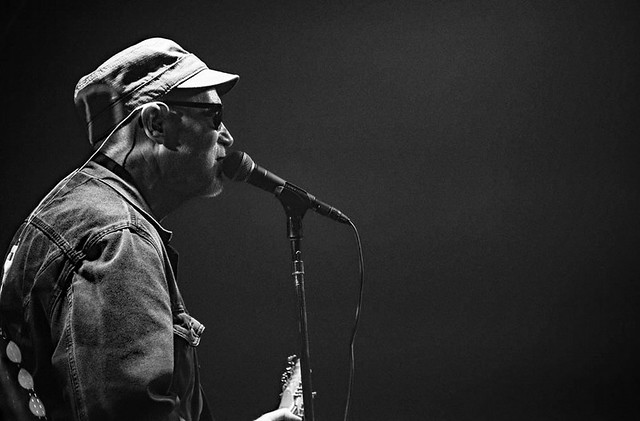