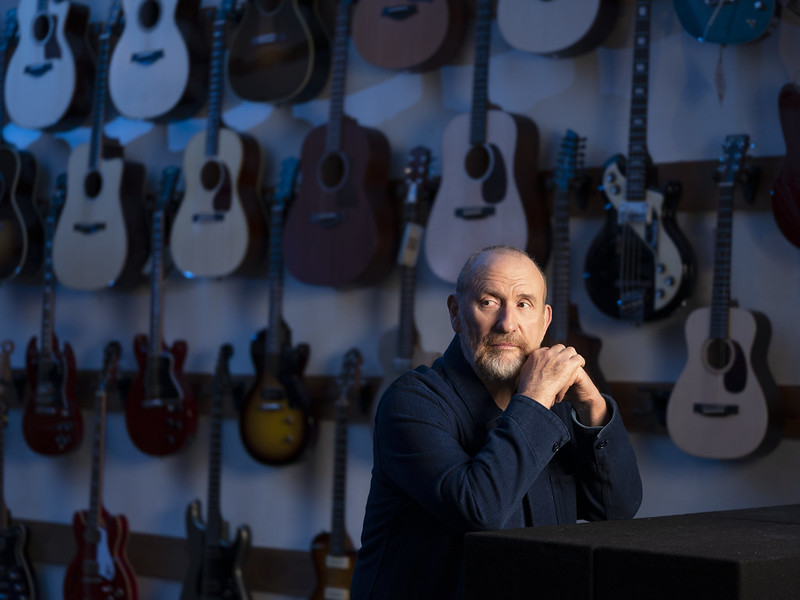 “I’m deeply grateful for the life I have,” Colin said, “and I think my natural tendency has always been towards optimism and humor. Lately, though, I’ve had to be more intentional about it. I’ve had to actively seek out the positive, to let new rays of hope shine on some seemingly dark situations.”

That’s precisely what the former Men at Work frontman does with his extraordinary new solo album, Now and The Evermore, facing down struggle, loss, and even his own mortality with grit and wit at every turn. Written and recorded in Hay’s adopted hometown of Los Angeles, the collection is a defiantly joyful celebration of life and love, one that insists on finding silver linings and reasons to smile. That’s not to say the record deludes itself about the realities of our modern world, but rather that it consistently chooses to respond to pain with beauty and doubt with wonder.

Watch the official music video for “Love Is Everywhere” by Colin Hay on YouTube:

Over the course of his musical career, Hay developed a reputation as a gifted raconteur with serious comedy chops, and his frequent appearances at LA’s Largo club helped garner him a legion of fans in the entertainment world. Among them was actor/director Zach Braff, who called Hay’s mix of heartfelt songwriting and hilarious storytelling “one of the most amazing things I had ever seen.” Braff would go on to feature Hay’s music prominently in the GRAMMY-winning soundtrack for Garden State and invite him to appear as himself on the hit series Scrubs, which helped introduce his music to a whole new generation of listeners.

On top of his rigorous schedule as a solo artist, Hay has also managed to tour the world several times over with Ringo Starr & His All–Star Band, release an audiobook of Aesop’s Fables, star in the award-winning documentary Waiting For My Real Life, and even provide the voice for Fergus Flamingo in Disney’s The Wild.