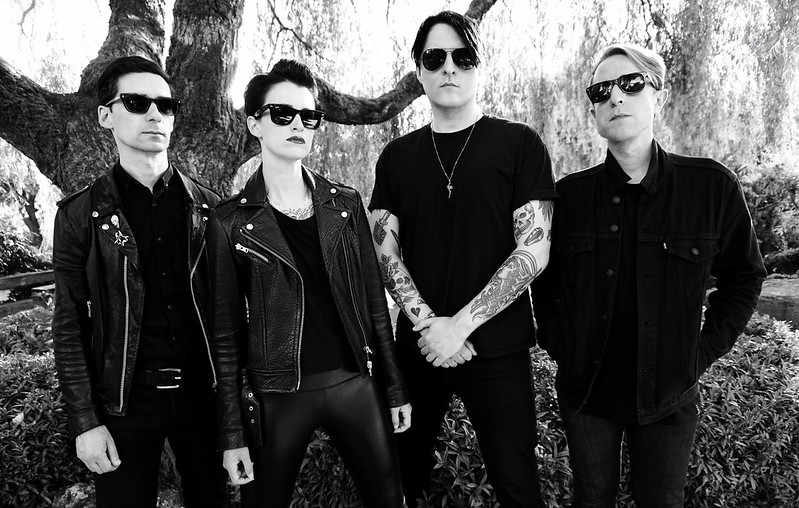 Canadian dark wavers ACTORS released their sophomore album, Acts of Worship, in 2021. Acts of Worship is an album of driving beats, massive hooks, and dramatic atmospheres — equally melancholy and electrifying.

ACTORS now make their DC live debut in a show at Pie Shop on Sunday, April 3!

Singer Jason Corbett points to legends who changed the face of pop music in their day — David Bowie, Roxy Music, Duran Duran — as inspirations. “It’s about embracing who you are and having the confidence to do what you feel and not be afraid,” he said. “I made the first ACTORS album without caring about who would hear it. I think people can feel honesty in music whether they realize it or not. The new album is exactly where I wanted to go with ACTORS. It expands on the last album lyrically and sonically. It’s the next step of our journey.”

Acts of Worship was produced by Corbett at his own Jacknife Studio in Vancouver; his sonic sculpting is a major component of ACTORS’ sound, as well as the sounds of other artists like Bootblacks and SPECTRES. The album sees the debut of new bassist Kendall Wooding and Corbett notes that the current lineup, completed by synth player Shannon Hemmett and drummer Adam Fink, perfectly reflects the balance of masculine and feminine energy contained within the songs.

Watch the official music video for “Cold Eyes” by ACTORS on YouTube:

From Vancouver, Canada, ACTORS electrify with a modern take on post-punk. On debut full-length It Will Come to You, anthemic songs evoke the urgency of early ’80s U2 (Boy, October, War) as well as the driving, synth-drenched scores that emanated from the era’s movie screens. As scene authority Post-Punk.com puts it, the band conjures “cinematic new-wave… that belongs on a Michael Mann soundtrack.”

Frontman Corbett’s rich vocals command with all the passion of a young Bono and the coolness of Peter Murphy. Songs like “L’appel du Vide,” “Slaves,” “Face Meets Glass,” and “Bury Me” are bangers that glisten via Corbett’s production job: slamming beats propel warm layers of synth, guitar, and vocals. Jason writes, produces, mixes, and masters all ACTORS music at his own Vancouver studio, Jacknife Sound.