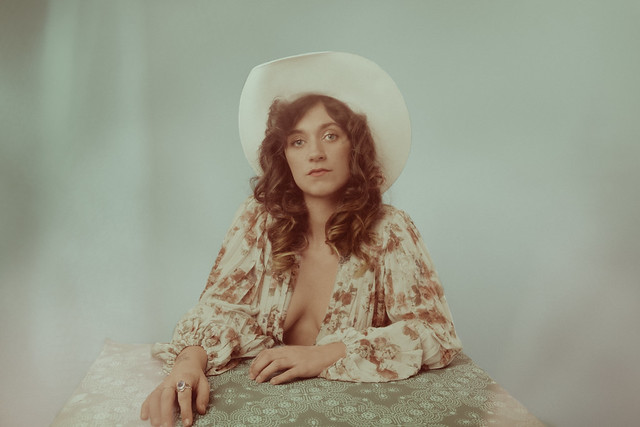 Not long ago, rising country star Sierra Ferrell wrapped her inaugural US tour in support of her captivating Rounder debut, Long Time Coming. The tour was an unquestionable success, and so Sierra has embarked on a second US tour, and she’s performing in DC at The Hamilton Live on Wednesday, April 6.

“I want my music to be like my mind is — all over the place,” said Sierra, who recorded the album at Southern Ground and Minutia studios in Nashville. “I listen to everything from bluegrass to techno to goth metal, and it all inspires me in different ways that I try to incorporate into my songs and make people really feel something.”

Sprung from her self-described “country heart but a jazz mind,” Long Time Coming opens on the unearthly reverie of “The Sea,” a haunting and hypnotic tale of scorned love. Its bewitching arrangement is adorned with sublime details like Ferrell’s tender toy-piano melodies and Chris Scruggs’s woozy steel-guitar work.

Watch the official music video for “The Sea” by Sierra Ferrell on YouTube:

With her spellbinding voice and time-bending sound, Sierra Ferrell makes music that’s as fantastically vagabond as the artist herself. Growing up in West Virginia, she got her start belting out Shania Twain songs in a local bar at the age of seven, and left home in her early twenties to journey across the country with a troupe of wandering musicians. After years of living in her van and busking on the streets of New Orleans and Seattle, Ferrell moved to Nashville, where she drew the attention of Rounder Records, which signed Ferrell in 2019.

Standing seats only remain for the show at The Hamilton Live.