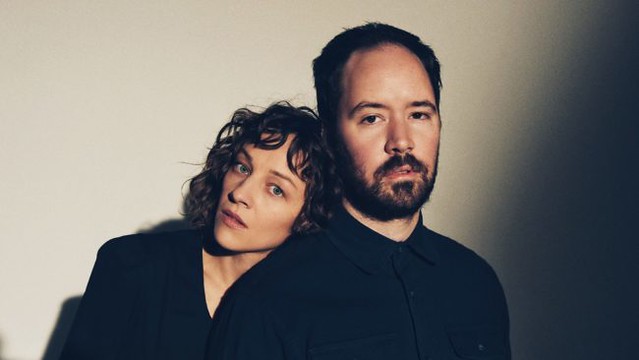 The debut album from Watchhouse, the duo of Andrew Marlin and Emily Frantz formerly known as Mandolin Orange, shot to No. 1 on Billboard’s Bluegrass Albums Chart last year. The harmonic duo drop by 9:30 Club for a show on Friday, April 15.

The album’s success is a tribute to its unique alchemy, as the band embarked on a bold and poetic artistic reinvention that imbues their Appalachian-steeped folk with ambient drone, gauzy soul horns, and experimental texture.

Watch the official music video for “Upside Down” by Watchhouse on YouTube:

Starting over a decade ago playing coffee shops and local restaurants, Andrew Marlin and Emily Frantz have “redefined roots music for a new generation” (Washington Post) as they’ve taken their music to millions of Spotify listeners, historic venues from Red Rocks to Newport Folk Festival, NPR’s Tiny Desk, and more. Watchhouse are currently on tour, and arrive at 9:30 Club in a few weeks!