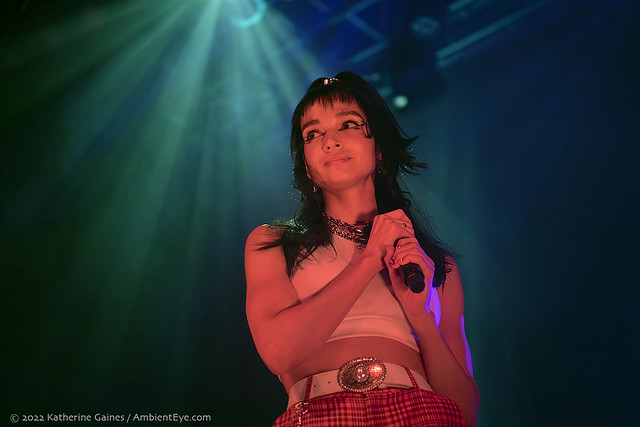 Poppy performs at The Fillmore Silver Spring on April 3, 2022. (Photo by Katherine Gaines)

Last fall, crossover media star Poppy released Flux, her fourth studio album, via Sumerian Records. She recently embarked on the Flux Tour, which saw her visit The Fillmore Silver Spring. Katherine Gaines was there to document the show.

Poppy (born Moriah Rose Pereira) and her band recorded Flux to tape, resulting in an organic feel that feels especially suited to live performance. The first single from Flux was the Justin Meldal-Johnsen-produced title track, an explosive rock song that sounds like it could’ve been a hit in 1997. Poppy performed that track in the middle of her set at The Fillmore Silver Spring on April 3, and she included another five selections from the new album across 18 songs in total.

Watch the official music video for “Flux,” which Poppy directed in collaboration with Pip and Pop, on YouTube:

Poppy’s last tour in 2020 was cut short due to pandemic lockdowns, and so she offered a good number of songs from her previous album, I Disagree, to her set as well, giving that album some more well-deserved exposure. Poppy saved the single “I Disagree” for a one-song encore.

Thanks to Katherine Gaines for these officially approved photos of Poppy performing at The Fillmore Silver Spring on April 3, 2022. All photos copyright and courtesy of Katherine Gaines. 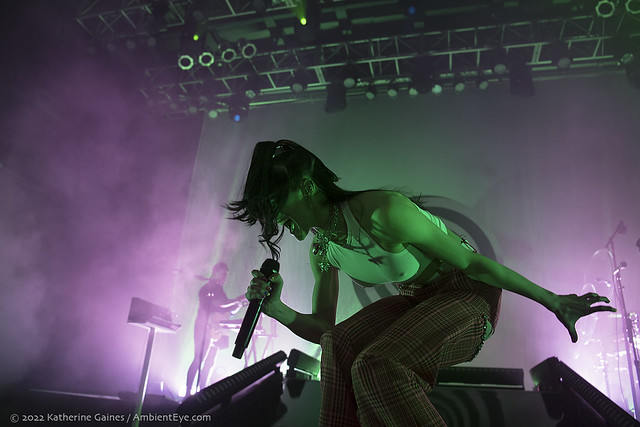