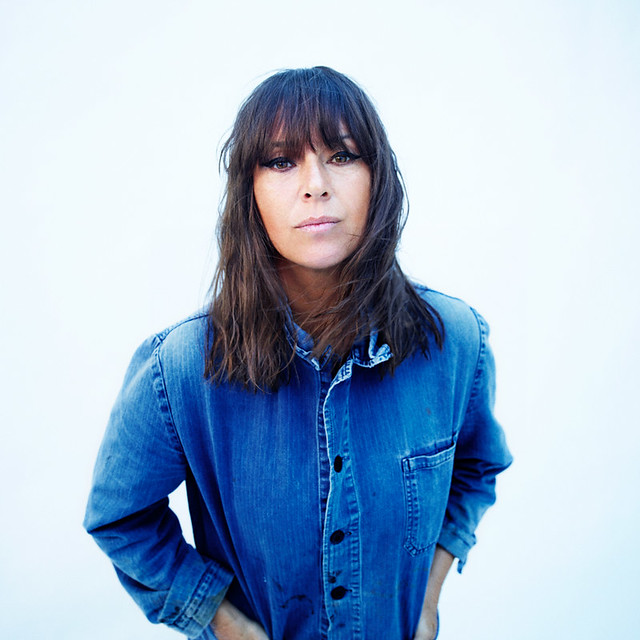 Years ago, in another lifetime perhaps, I last had the fortune to see Chan Marshall, known by her performing name, Cat Power, in an early career performance at the Black Cat. And even though 25 years have passed since that time, the magic encased in that voice has only grown stronger — as evidenced in Cat Power’s performance at the Lincoln Theatre in DC Friday night.

Touring her most recent LP, Covers, Chan has been performing with a full band and brought a welcomed return to the District. Covers is actually Chan’s third album of cover songs — the first two being The Covers Record in 2000 and 2008’s Jukebox, where she covered everything from Hank Williams and Billie Holiday to the Rolling Stones and that brilliant and heart-breaking cover of the Velvet Underground’s “I Found A Reason.” In fact, that cover is what brought me back to Cat Power and that voice that puts such a unique taste on familiar lines.

At the Lincoln Theatre on April 15, the evening started with the long echoing tones of “Say” from Moon Pix, but it was transformed by the floating, almost ethereal orchestration, as Chan took the stage to big applause and calls of “We love you!” And from there jumped right into “These Days,” made famous by Nico but Chan has a way of giving the song her own touch – feeling like it was made for her soulful voice.

Even older Cat Power songs felt reimagined like the bouncing march of “Metal Heart,” transformed from the piano ballad of the original. And, though some initial jitters may have been gleaned in the beginning, by the Pogues’ “A Pair of Brown Eyes,” Chan was getting the crowd to sing along.

Chan and company played quite a few Cat Power songs, but they had a new feel or a new groove with songs like “Hate” having a dark groove that emphasized the power of the words, “Hey come here / Let me whisper in your ear / I hate myself and I want to die.” Steeped in the songs of ’70s country music in her grandmother’s home, Chan Marshall has a way of phrasing that tells stories that you believe, and she imbues that same character into songs penned by other artists.

In interviews, Chan has mentioned the desire to see people share in that “sense of community,” and this was apparent, as, at times, she beckoned the crowd to get up and dance. As the band got to “The Moon” and started on into the next tune, Chan motioned for everyone to get up as she wielded dual mics and went into one of my favorite highlights of the evening a medley that started off as Whodini’s “The Freaks Come Out At Night” but evolved into a version of “Crossbones Style” which then melded into “Nude As The News” with a steady thump that kept everyone moving as Chan motioned people in the audience to fill in some of the seats in the front.

Finding that spark and fanning it, Chan seemed connected to the audience. As she said it, “Sometimes I start vibrating — I wish there was a reason why.” At one point she even asked for the house lights to show the audience, keeping herself mostly out of the main lights. But things really took over after saying, “That’s all I got,” she said, “This is my last song. We love each other. I love you. Thanks for keeping the spirit alive.” And that turned into “Wild Is The Wind,” a Nina Simone tune that she’d covered on The Covers Record, but this was a full throated, pounding call and a brilliant way to end the evening as Chan Marshall made her way over the stage and into the audience, singing to face-to-face with those in the crowd.

Cat Power continues her tour through the USA. Definitely catch her and her band with more information on her website.